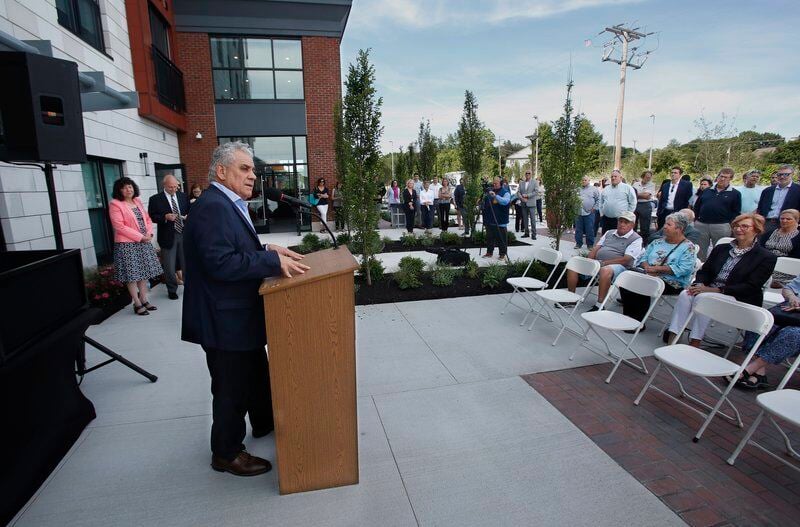 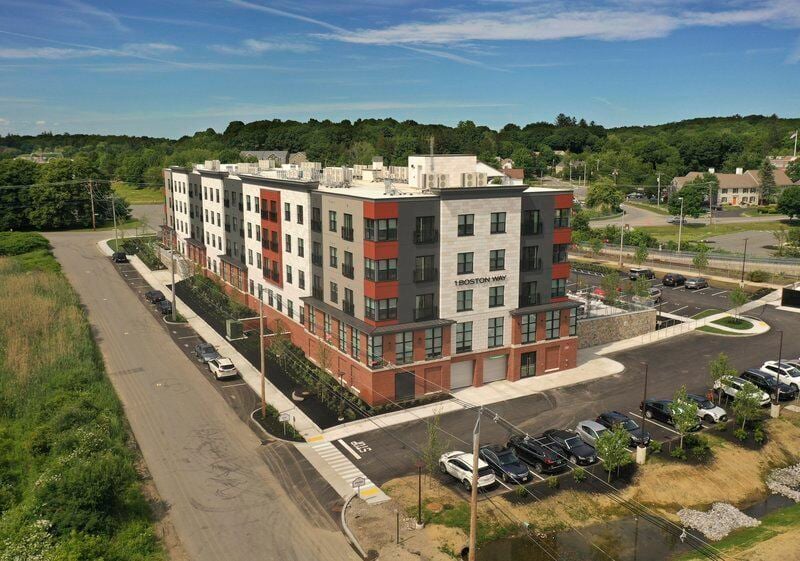 NEWBURYPORT — The mayor was joined by other city and state officials to officially open the doors to the Newburyport Crossing apartment complex Thursday afternoon.

The apartment complex is located at the corner of Parker Street and Boston Way and next to the MBTA commuter rail station.

Apartment rentals range from $1,750 to $3,000 a month The project also includes affordable housing units which range from $1,431 a month for a studio and $1,970 for a monthly three-bedroom apartment.

MINCO Development president Louis Minicucci Jr. said the project was fully leased as of Thursday but it could never have gotten off the ground if it weren't for all of the help his company got from the city and state.

"We started looking at this project in 2012," Minicucci said before the ceremony. "This has really been a nine-year labor of love. So it is really gratifying to see that it has finally cut to this and it is finished."

Minicucci also spoke to the state's housing crisis during the ribbon cutting ceremony.

"As we all know there is a critical housing crisis, not only in Newburyport, but throughout the state," Minicucci said. "In order to foster economic development, you need to provide adequate housing."

He said he expects to begin work on 84 more units on land next door soon.

"We knew this was a great site, we knew that Newburyport needed affordable housing," Minicucci said.

Holaday said it was critical that Newburyport develop a Smart Growth District.

"We really need affordable housing," she said. "We really, really need more rental units in the city. Housing really ties into economic development and we are all struggling, post pandemic with trying to bring back our communities, to hire staff, to fill vacancies and housing is a big piece of that. The other piece is transportation and here, we are located near a train station and hopefully that adds to this whole environment."

Kenneally said the state has a lot of work to do to recover from the pandemic.

"We have got to do a number of things right here to get this economy back to where it was before," he said.

Massachusetts needs to support its small businesses and invest in its downtowns and main streets, he added.

"The most important things that we have to do is produce a heck of a lot more housing," Kenneally said. "I always say that our team knew there was a housing crisis long before we ever heard of COVID-19. We have had an incredibly challenging situation here in Massachusetts for a really, really long time. For so many of our citizens, the housing they need is either unaffordable or unavailable."

According to Kenneally, a transit-oriented project like Newburyport Crossing can go a long way to solving many problems.

"It is near public transit, it is climate-friendly," he said. "It has presented a lot of areas for collaboration between our administration and the city and (MINCO)."