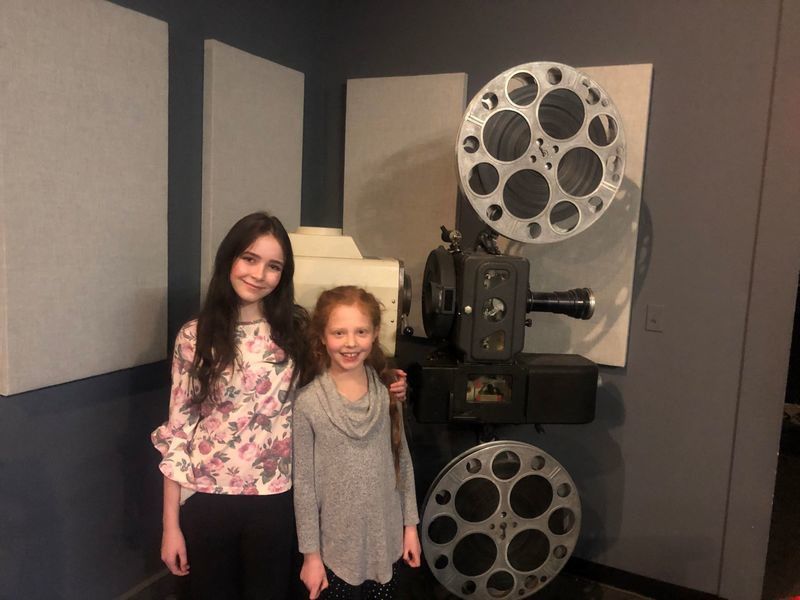 Heather Alterisio/Staff photo.   Amber Rothberg, left, with Beatrix Recinos at The Screening Room before a showing of “Little Women,” in which they were extras. 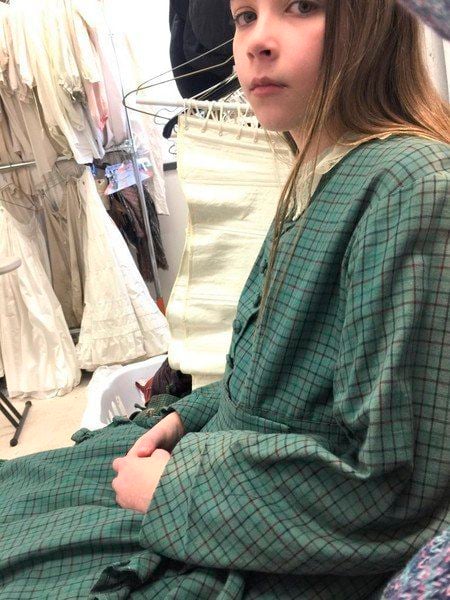 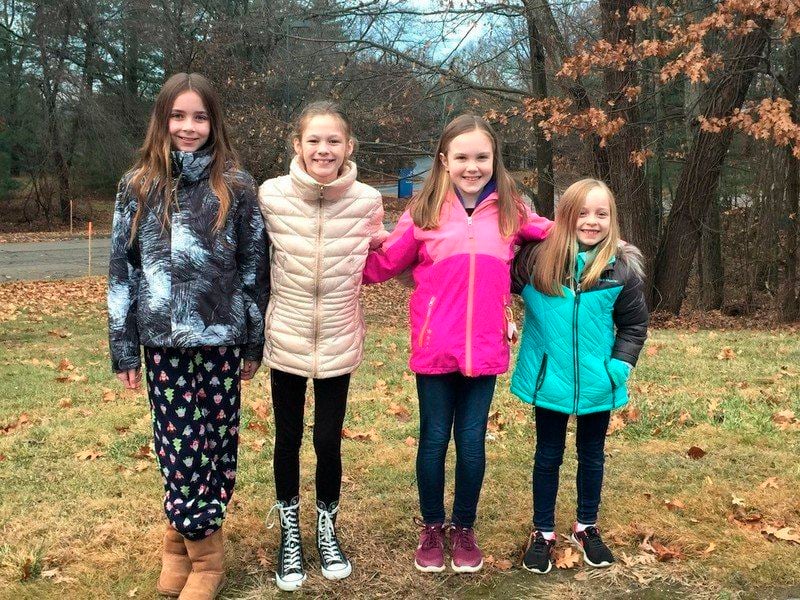 Heather Alterisio/Staff photo.   Amber Rothberg, left, with Beatrix Recinos at The Screening Room before a showing of “Little Women,” in which they were extras.

Amber Rothberg, 13, of Newburyport, appears in the final minutes of the film with the three other young March sisters as they dance around a fire, wearing crowns and holding swords.

Rothberg originally auditioned for a different role with some lines, but was asked to audition again because of how closely she resembled the younger version of Watson’s character.

The experience, however brief, cemented her desire to act. “It was really amazing just being on set for the first time,” she said.

She was on set in Franklin for the final day of filming, and had the opportunity to meet the actual “Little Women” — Saoirse Ronan, who plays Jo; Florence Pugh, who plays Amy; Eliza Scanlen, who plays Beth; and Watson.

While the meeting was quick, she was honored to receive autographs and hugs from the well-known cast members. Watson had tears in her eyes, emotional that filming was wrapping up.

“Emma Watson, who played Meg, knew me by name because of a picture,” Rothberg said. Her photo had been hung up on set next to a photo of Watson to demonstrate the resemblance.

“She was like, ‘Are you Amber?’ I was like ‘Yes!’” said Rothberg, in shock at such a greeting from an actress she adores.

Rothberg didn’t get a lot of time to chat with her, but found Watson to be kind, asking her questions like how she enjoyed being on set.

“I thought it was going to be stressful but really, I felt so welcomed,” Rothberg said of being on a film set for the first time. “I had the three other sisters, too, and we got along really well.”

The film is set just after the Civil War. Rothberg wore a dark green dress with a lace collar and lots of buttons.

“There were so many buttons,” she said. “It took so long to get all the buttons. There were lots of layers and I don’t even know what all of them were called — strange forms of leggings and such. It was very hot with all of those layers on.”

Putting herself in the shoes of people during that time, Rothberg said, “I couldn’t imagine life without technology, but I’m sure it was normal for those people.”

Rothberg and her family saw the film when it was released on Christmas Day. On Thursday, they invited other locals who played extras in the film to meet up for a 7 p.m. showing at The Screening Room on State Street.

Beatrix Recinos, 8, of Topsfield, attended after her parents connected with Rothberg’s through social media. Recinos played the role of Minnie Kirke, one of the governess’ daughters who lives in the boarding house which Jo March lived in and tutored at.

“It was really exciting to see myself on the screen for the first time,” Recinos said. She appeared in the background of a couple of scenes, including the one where Jo’s dress briefly catches on fire.

The Screening Room owner Andrew Mungo said the film has been so successful that from Christmas Day to New Year’s Day, the small arts cinema saw its highest selling week in its 38 years of operation.

Rothberg is represented by WSM Talent and Model Agency of Newburyport and recently appeared as Violet Parr from “The Incredibles” in a commercial for Disney Springs.