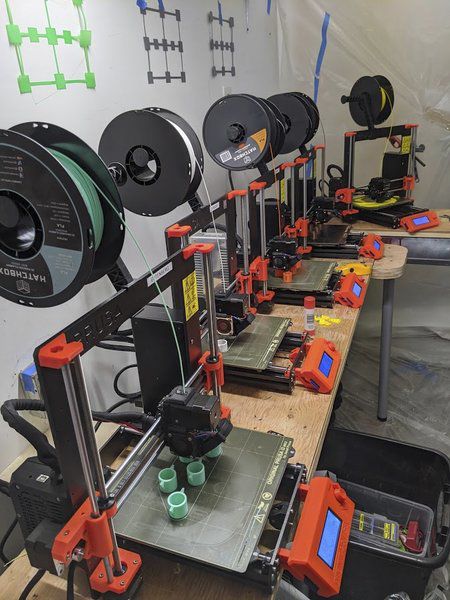 Courtesy photosA row of 3-D printers set up in a plastic-lined garage to produce face shields and splitters for ventilators. 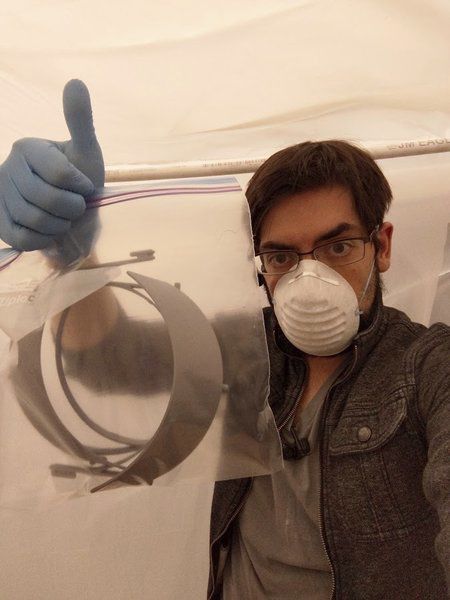 Courtesy photoNewburyport Public Schools IT technician Michael Morse shows a finished face shield, bagged and ready to ship, made with a 3-D printer. 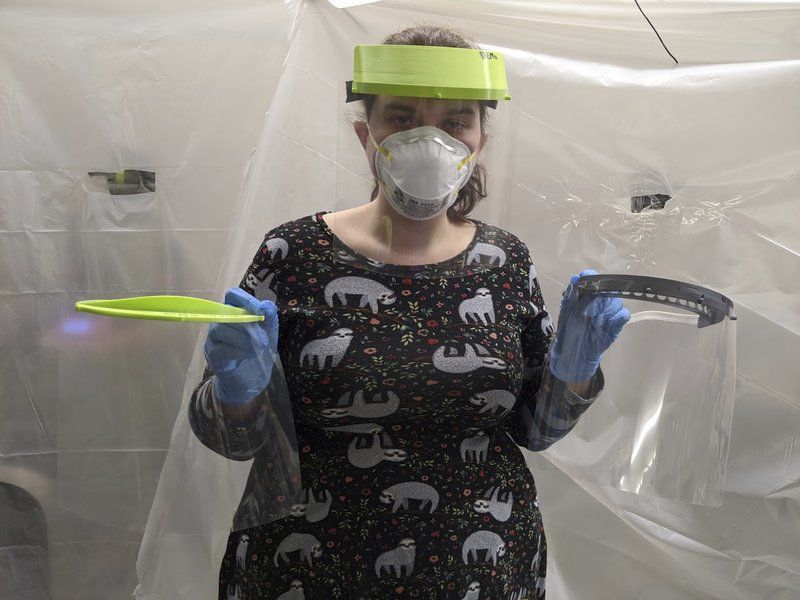 Courtesy photosA row of 3-D printers set up in a plastic-lined garage to produce face shields and splitters for ventilators.

Courtesy photoNewburyport Public Schools IT technician Michael Morse shows a finished face shield, bagged and ready to ship, made with a 3-D printer.

NEWBURYPORT — When faculty and staff members for Newburyport Public Schools realized the 3-D printers they ordered in February could not be delivered if the buildings were closed, they rerouted the packages and gave the printers a new purpose — addressing personal protective equipment shortages.

Sarah Leadbeater, Newburyport High School’s technology and engineering instructor, has an assortment of 3-D printers in her lab and recently, the Newburyport Education Foundation offered to purchase three more.

Around the time faculty and staff members were alerted that schools would be shutting down, Leadbeater and the district’s information technology department received notification that the 3-D printers had shipped.

Leadbeater, IT technician Michael Morse and technology operations manager Don Skane didn’t want the packages to be left in a cycle of attempted delivery and so with the permission of district officials, they rerouted the printers to Morse’s home to start making personal protective equipment.

In addition to the three new printers, they grabbed four more from the engineering lab to put to use.

Leadbeater also had dust masks and “about a thousand gloves” in her lab, which she donated to nearby hospitals.

To keep the equipment safe and to regulate the temperature of the space, Morse built a tent in his garage and assembled the printers there. Each printer takes about “eight to 10 hours” to put together, Morse said.

Anna Jaques Hospital is not accepting 3-D printed parts, so the group researched organizations. After testing some prototypes and finding a couple of partners, the group decided to make face shields and ventilator splitters.

Morse does all of the 3-D printing, Skane works on the assembly and shipping, and Leadbeater deals with emails and logistics.

Together, they partnered with MakeIt Labs, which coordinates the distribution of face shields to medical facilities and first responders in Massachusetts and New Hampshire.

The makerspace, which is located in Nashua, New Hampshire, recently received a donation of thick plastic sheeting, which it is cutting with a laser for use as the clear part of the shields. MakeIt Labs requested help from others to print the visor parts, which is how the Newburyport trio became involved. Morse said they have made at least 40 face shields so far.

Morse, Skane and Leadbeater are also working with Project CURE, a national project, to produce ventilator splitters, which allow for two to four people to be hooked up to a single ventilator — something that is desperately needed with a shortage of ventilators.

On Wednesday, the group shipped 40 two-way splitters and 14 quad splitters to the organization.

On top of their regular workload as faculty and staff members and the additional obstacles remote learning has caused, the group is just grateful “to have some way of helping,” Leadbeater said.

If any local entity is looking for something specific, the group is open to shifting production efforts to help those in need. To get in touch, email Leadbeater at sleadbeater@newburyport.k12.ma.us.