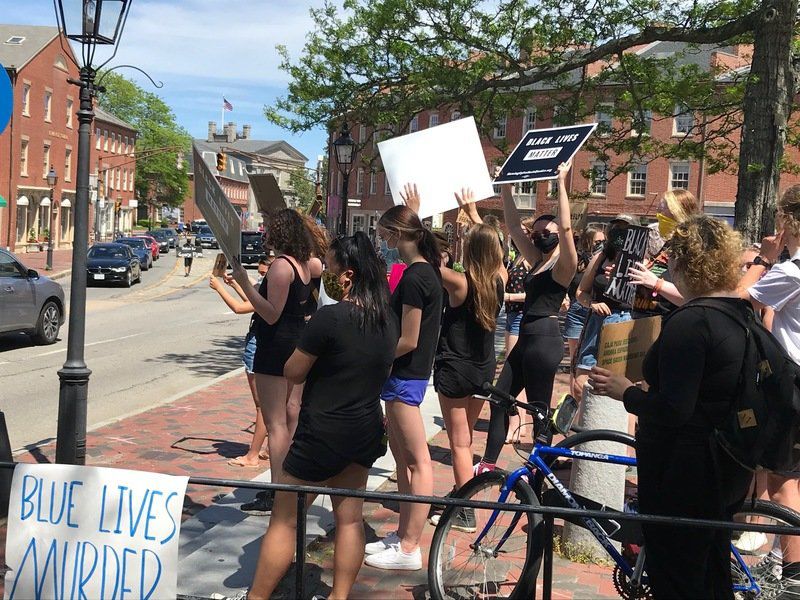 DAVE ROGERS/Staff photo Protesters in Market Square in Newburyport hold signs Saturday afternoon calling for justice in the name of George Floyd. Protests in cities across the country followed the killing. 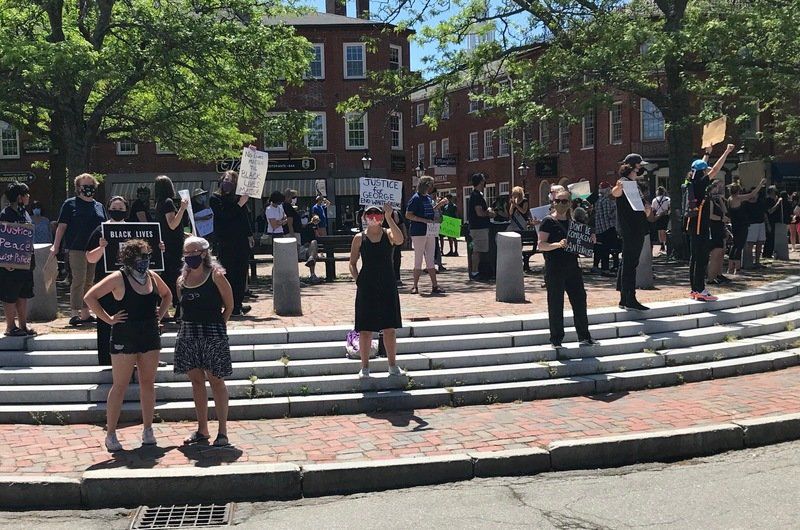 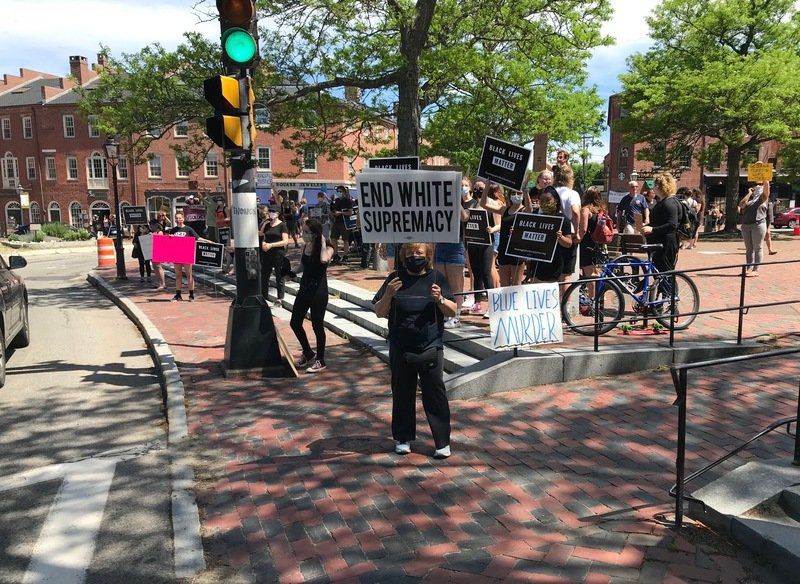 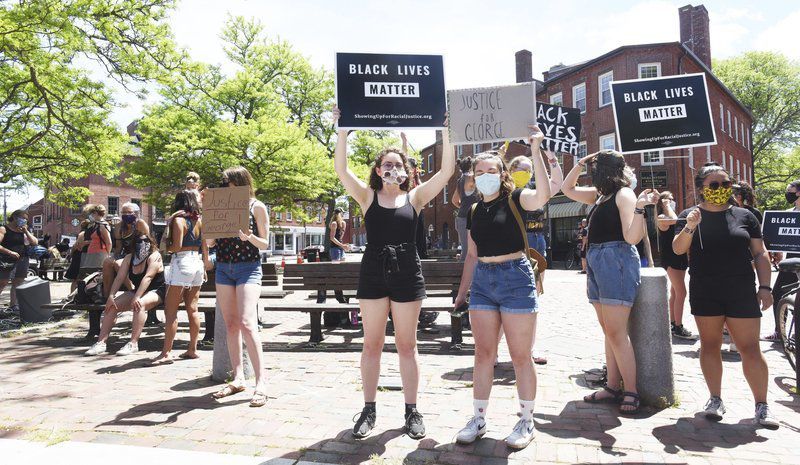 DAVE ROGERS/Staff photo Protesters in Market Square in Newburyport hold signs Saturday afternoon calling for justice in the name of George Floyd. Protests in cities across the country followed the killing.

NEWBURYPORT – Between 100 and 150 protesters rallied Saturday afternoon in Market Square, calling for justice for George Floyd — an African-American man who died after a Minnesota police officer knelt on his neck for more than seven minutes last week.

The peaceful rally included dozens of teenagers – with every person wearing a mask – and lasted for almost 2½ hours, coming at the end of a week that saw protests across the country, many drawing thousands of people and leading to burned buildings and some arrests.

Floyd died after Officer Derek Chauvin knelt on his neck as Floyd lay on the pavement on his stomach, with at least three other police officers either helping to hold him down or standing by watching. Chauvin and three others were fired the next day after a video of the killing went viral, and Chauvin was subsequently arrested and charged with third-degree murder.

In Market Square, the protesters held up signs to passing cars and chanted with calls for justice. When the streetlight turned red, protesters would span the street, holding up signs, moving aside when the light changed back to green.

Across the country, some two dozens cities imposed curfews as protests continued through the weekend.