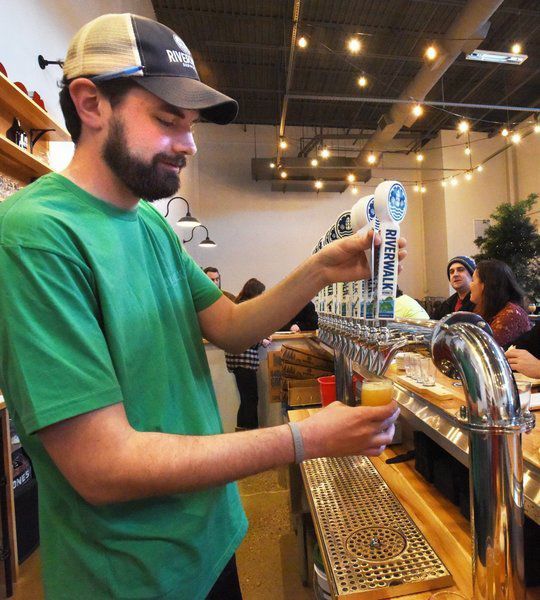 BRYAN EATON/Staff photo. Riverwalk Brewing Company opened its taproom to the public on Wednesday in new space on Parker Street in Newburyport. Pouring some suds for the full bar is Jamie Danahy. 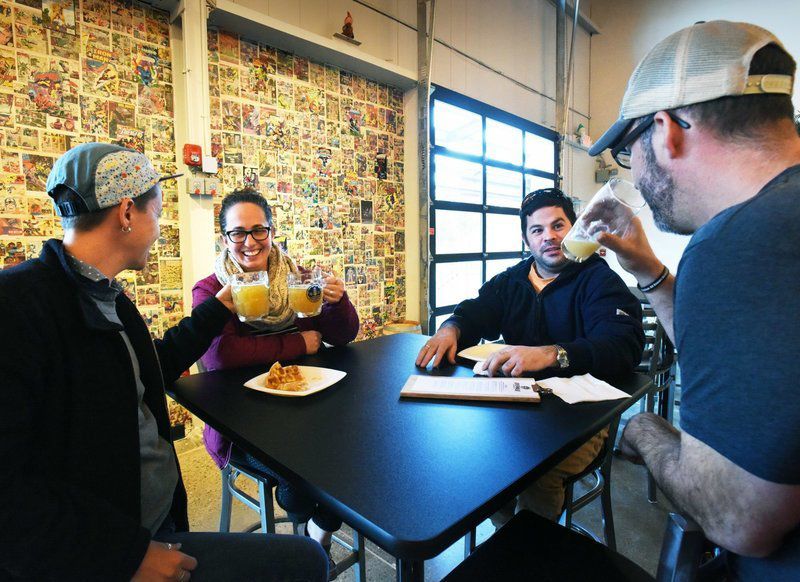 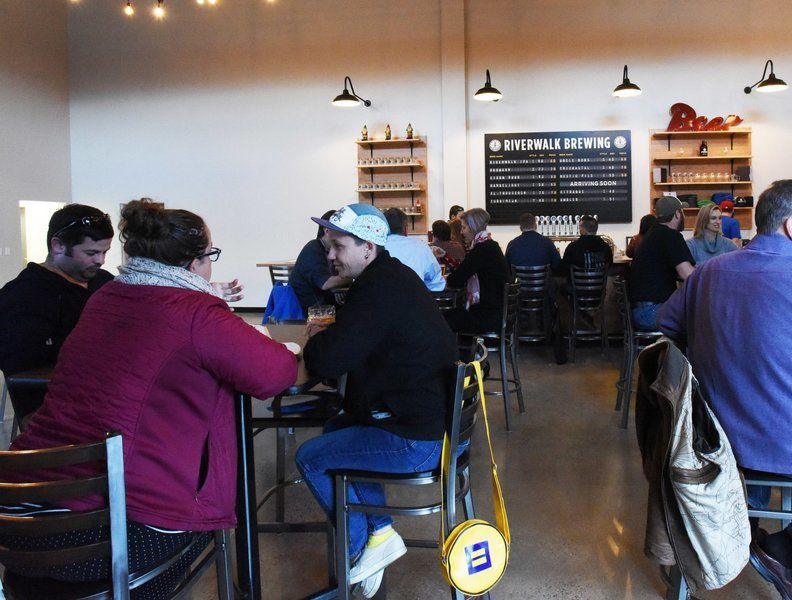 BRYAN EATON/Staff photo. Riverwalk Brewing Company opened its taproom to the public on Wednesday in new space on Parker Street in Newburyport. Pouring some suds for the full bar is Jamie Danahy.

NEWBURYPORT – Beer is a communal beverage, meant to be shared. And for Riverwalk Brewing Company co-owner Steve Sanderson, that meant finding a large enough space where he could brew beer with backgrounds from across the globe and make room for up to 165 people to drink them together.

That two-year vision came to fruition Wednesday at noon with the grand opening of Riverwalk Brewery's new location at 40 Parker St., just off the Clipper City Rail Trail.

Judging by the dozens of people from as far away as Rhode Island enjoying beers with names such as Gnomad Farmhouse, Flannel Trousers and Turbine Double IPA, the day was a grand success.

"My goal has always been to make it a communal hub," Sanderson said.

Bob Kelley, one of those running the small craft brewery website MassBrewBros, said he was mightily impressed.

"This is a great space. I am really happy for Steve," Kelley said. "This is what a taproom is all about."

Kelley's website features a map of every small craft brewery in the state and posts blogs and videos about them.

Maureen Farren, who was enjoying a Rangelight IPA, said she made it point to visit the bar during its grand opening.

"I'm looking forward to the patio," she said.

Sometime this spring, the brewery will be offering outdoor seating adjacent to the rail trail.

"A lot of people use the rail trial so there will be plenty of foot traffic," Farren said.

What started as a 2,000-barrel per-year business has now expanded to 6,000 barrels with the potential for 15,000 barrels per year, according to vice president of marketing Dave Smith.

Sanderson said he doesn't see his business as a zero-sum game, meaning that there can only be one successful local brewery. Instead, he believes Greater Newburyport is turning into a beer destination half way between Boston and Portland, Maine.

"We see ourselves as part of a larger community," Sanderson said. "It's fun to be part of that because we are the ones creating the next phase of the (small craft beer) industry."

The space also includes an event room which can be rented for parties or used by community groups.

Riverwalk Brewing may be hard to see from Parker Street as it shares the same building as Mark Richey Woodworking and Metro Rock North indoor rocking climbing center. But Sanderson said he wasn't worried about the seemingly barren location, pointing to the success of Newburyport Brewing Company, which also is housed inside an industrial park building not far away.

Eventually, Sanderson said, word of mouth will spread to the point where they won't need to worry about being tucked away in the back of an industrial park.

"It's like an oasis back here. Once the word spreads, people are going to figure it out pretty quickly," Sanderson said.

Riverwalk Brewing Company is located at 40 Parker St., Newburyport. Hours of operation are: Wednesday to Saturday, from noon to 10 p.m. and Sunday, from 11 a.m. to 6 p.m. Visit their website at: riverwalkbrewing.com