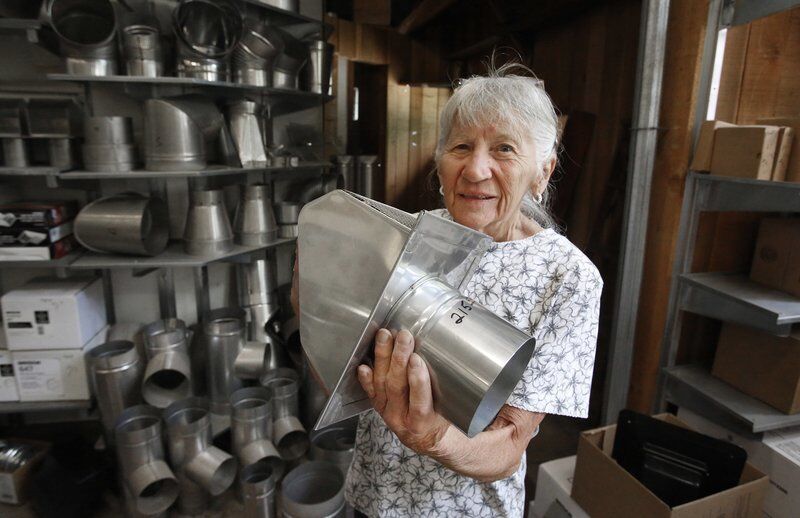 Sandy Sadowski holds a piece of piping at Port Sheet Metal in Newburyport. The shop is liquidating its remaining inventory after more than four decades in business. 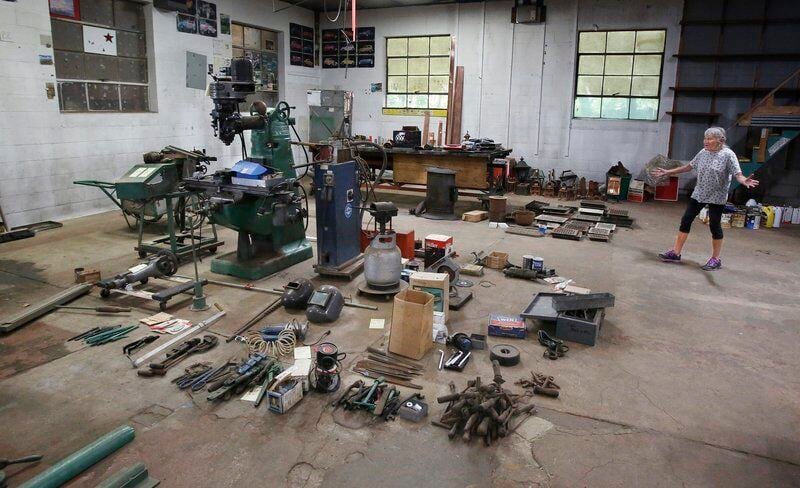 Sandy Sadowski looks at some of the machine parts that are for sale at Port Sheet Metal in Newburyport. The shop, which opened in 1978, will be closing soon. 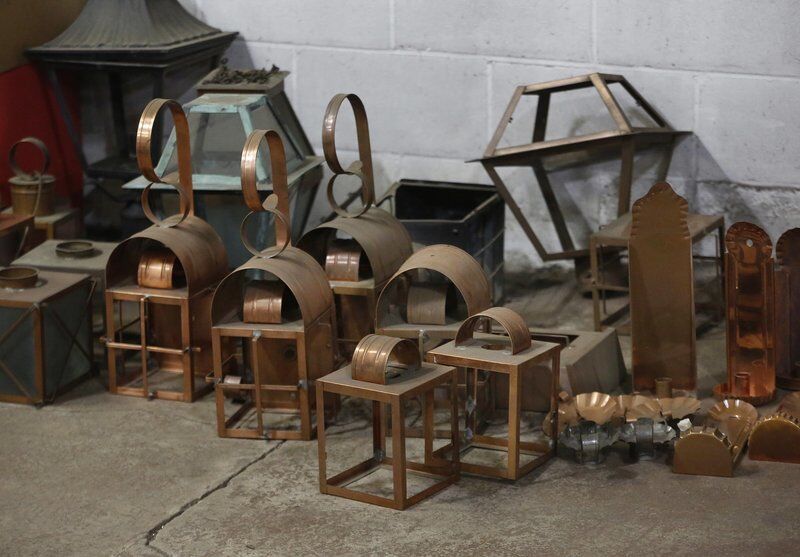 Some handmade metal lanterns are among the last remaining inventory at Port Sheet Metal in Newburyport, which is closing after more than four decades.

Sandy Sadowski holds a piece of piping at Port Sheet Metal in Newburyport. The shop is liquidating its remaining inventory after more than four decades in business.

Sandy Sadowski looks at some of the machine parts that are for sale at Port Sheet Metal in Newburyport. The shop, which opened in 1978, will be closing soon.

Some handmade metal lanterns are among the last remaining inventory at Port Sheet Metal in Newburyport, which is closing after more than four decades.

NEWBURYPORT — A State Street sheet metal business is closing its doors after more than 43 years of craftsmanship.

Sandy Sadowski and her husband, Robert, bought out Great Northern Steel and its Newburyport property and opened Port Sheet Metal at 154 State St. on March 17, 1978.

“My husband had worked for Great Northern Steel since he was about 16,” Sadowski said. “We had four children at the time and it was a big step for us to buy the company but we got a loan and did it. I think we paid more for the business back then than we did for the property.”

Port Sheet Metal’s sign on State Street features a pair of bulldog snips that can be easily mistaken for scissors.

“A lot of people thought it was a haircutting place,” she said. “But that is a pair of snips and they cut metal.”

Sadowski and company, which has included all four of her children at one time or another, has been hand-cutting metal for more than 40 years.

“We make anything out of metal, it doesn’t have to be specific,” she said. “We are a very small organization. I’d say the most people we’ve employed over the years is eight. Sometimes, we have been down to three.”

She said metal duct work has been a primary component of her family business over the past four decades.

“Anybody could come in,” Sadowski said. “We have had homeowners and a lot of contractors who are putting heat or air into your house. If you have a dryer that you need to vent with hard pipe to carry the heat and the air, we move a lot of that over the counter but we also fabricate a lot of specialty things.”

“We did anything and everything,” she said. “We once had a guy come in who had a body brace. Some of it broke and he could not remove it. He just didn’t know where to go, so we had to repair the brace while it was on him and we did.”

The company also once assisted a synagogue with a Bible with a broken binding.

“They were very, very concerned because the Bible was thousands of years old,” Sadowski said. “There was no price value on it and their insurance company really didn’t want them to bring it anywhere to be fixed. So they had to bring it to us and we would work on it during the day and then put it back where it belonged at night.”

With her husband in retirement in Florida, Sadowski has been keeping the company going as of late. But she recently sold the business to Carriage Hill Craft Metals of Georgetown and the property is up for sale.

Sadowski said the combination of big box stores and online sales, as well as the COVID-19 pandemic, brought Port Sheet Metal to an end.

“There used to be sheet metal shops everywhere,” Sadowski said. “Every town had a sheet metal shop. But, all of a sudden, you had Lowe’s and Home Depot move in. That hurt a lot of plumbing and heating companies, and sheet metal companies. Then, you had the internet, which was the real killer. Then, of course, you had COVID.”

She said consumers do not value metal as much as in the past.

“I’m not sure what I’ll do,” Sadowski said. “We have a place out in Florida where my husband spends a lot of time. I guess I’ll go there, too. But we will see.”

Sadowski’s daughter Wendy Buda has worked for her family “on and off over the years” and has recently been helping her mother clear the warehouse out.

“Working here just seemed normal to me,” she said. “This was like home. That is the nature of small business though, right? You just feel like it is home.”

Working at Port Sheet Metal taught her and her siblings valuable lessons.