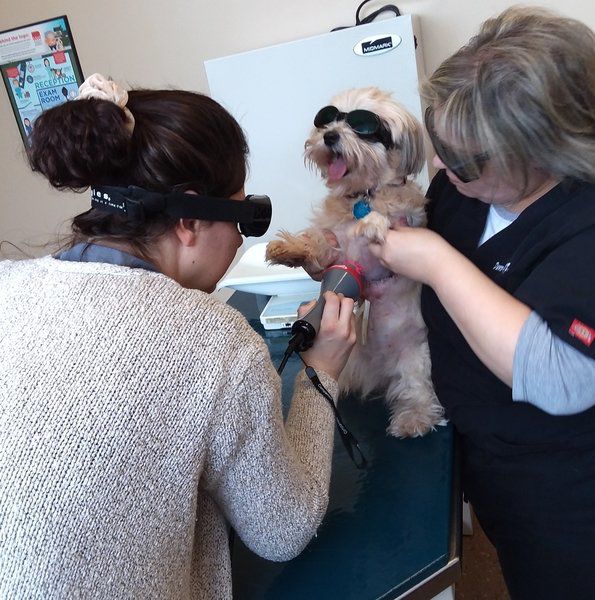 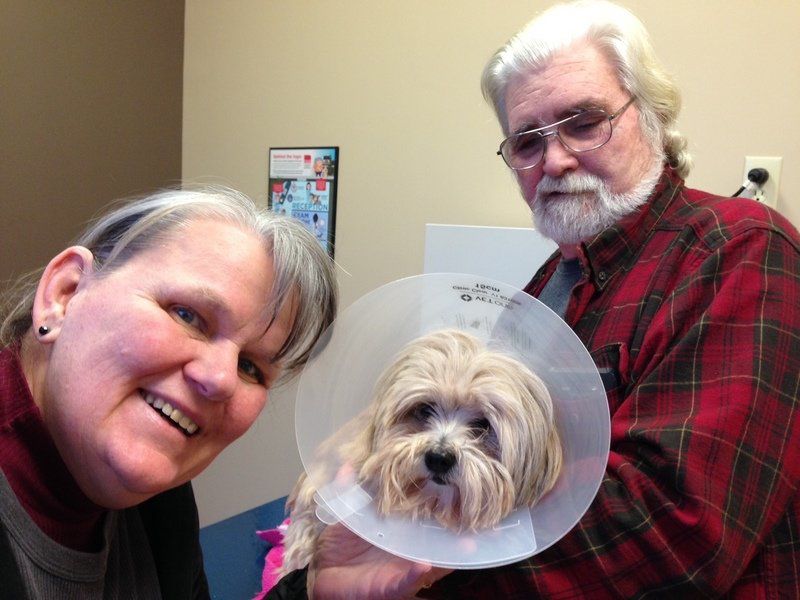 SALISBURY — Area residents are advised to keep an eye on their pets after a small dog was attacked by an unknown predator off Rabbit Road last week.

The 9-year-old female terrier named Abby lives with her owners, Jane and Chuck Barrow, in a residential neighborhood just off of Rabbit Road and was let into the backyard to go to the bathroom last Wednesday at roughly 7:30 a.m.

While Abby’s bathroom breaks are routine, the 14-pound dog quickly returned to her house with injuries veterinarian Dr. Heidi Bassler could only describe as “horrific.”

“The owners were very upset and said the dog was covered in blood,” Bassler said. “Some people get upset with just a little bit of blood. I didn’t know how major it was until they brought the dog down and it was clear the injuries were severe.”

Bassler, who owns Bassler Veterinary Hospital, said Abby’s skin had been slashed from one shoulder, under the ribs, to the armpit on the other side.

“It wasn’t until she was anesthetized that we saw the extent of the injuries,” Bassler said. “We lifted up the skin and it was detached from all of her ribs underneath. It went from one shoulder blade underneath the bottom of her sternum to the other side. You could see the musculature between her little four legs, all the way up to her neck. It was clearly an attack.”

Abby endured over two hours of surgery at Bassler’s practice on Wednesday.

“She has a lot of sutures,” Bassler said. “We have three drains in and applied a pressure wrap. We do laser therapy every couple of days and that helps naturally decrease pain and inflammation and promote healing. She received antibiotics and a few pain medicines. We are really impressed with her.”

Bassler said Abby’s wounds could have been caused by either a coyote or a fisher cat. Bassler and her staff have been checking the dog every day since surgery.

“Surgery was Wednesday and we had her all day then,” Bassler said. “We saw her for a recheck on Thursday and she was doing so well, we sent her home again. We saw her Friday and the owners had her for the weekend. They were here at (9 a.m.) on Monday and she is doing great.”

Salisbury/Amesbury animal control officer Steve Maher said he got a look at Abby on Saturday and placed the dog on a 45-day quarantine.

“We don’t know what happened but I get reports of all types of wildlife, coyotes, fisher cats, foxes, raccoons, it could be anything or another dog,” Maher said. “People need to keep their dogs on a leash on public property. It’s the law” in Amesbury and Salisbury.

Bassler has been treating animals in Salisbury for over five years and said she treats a pet attacked by wildlife roughly once a year.

“This is kind of everyone’s fear when their pet goes outside,” Bassler said. “But this is one of the lucky ones. Some of the animals don’t come home for us to see it. But this was in their backyard. This wasn’t a cat that was out roaming and got attacked. This was a little dog in the backyard.”

Bassler said the Barrows intend to be “very attentive” when the dog leaves the house from now on.