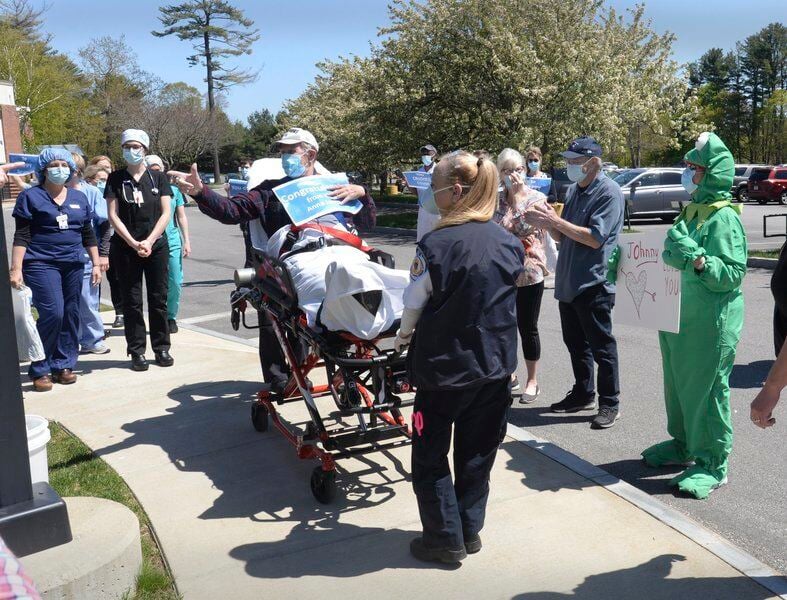 BRYAN EATON/Staff file photoCOVID-19 victim John Sullivan of Seabrook is greeted by staff, family members and friends during his release from Anna Jaques Hospital on May 14 after being there for 35 days, much of the time on a ventilator. He was then transported to a rehab center for further recovery. Hospital executives say they are well-prepared to handle any surge in coronavirus cases this fall. 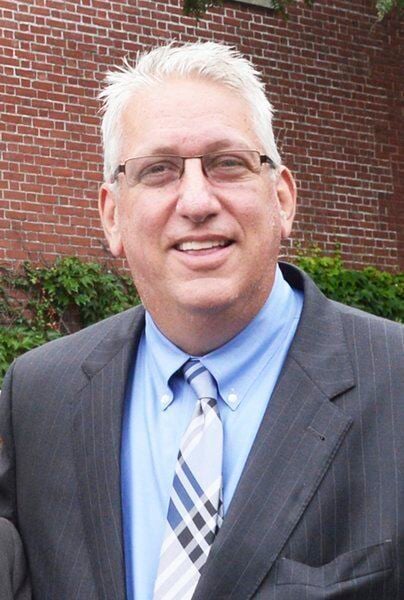 BRYAN EATON/Staff file photoCOVID-19 victim John Sullivan of Seabrook is greeted by staff, family members and friends during his release from Anna Jaques Hospital on May 14 after being there for 35 days, much of the time on a ventilator. He was then transported to a rehab center for further recovery. Hospital executives say they are well-prepared to handle any surge in coronavirus cases this fall.

NEWBURYPORT — With COVID-19 cases on the rise not only locally but across the country, worry has begun to spread that the city may be headed toward another spike not unlike what was experienced this spring.

But according to Anna Jaques Hospital President Mark Goldstein, the hospital is ready to handle a new surge, saying much has been learned about the potentially deadly virus since April when the hospital treated its largest number of patients.

“We’re prepared for it,” Goldstein said during a phone interview Thursday.

As of Monday, Newburyport had 37 active coronavirus cases, bringing the total number of residents infected since spring to 220. Eight people have died.

“The trend is not going in the direction that I think any of us are pleased with,” Mayor Donna Holaday said.

Goldstein said there are four COVID-19 patients at the Highland Avenue hospital. During the peak of the outbreak April 21, the hospital had 18 patients.

Since July 1, the hospital has never had more than five patients. Anna Jaques Hospital has 123 beds, all in private rooms.

“We are well within our surge plan,” he said.

There are 618 COVID-19 hospital patients in Massachusetts, far below the peak number of 3,803 recorded April 28, according to Goldstein.

When asked to explain why the hospital was in a far better situation than in April, Goldstein explained that the number of people needing hospitalization has decreased dramatically since the spring. Also, for those who are hospitalized, the length of their stays has decreased.

“The patients clearly are not staying as long in the hospital,” Goldstein said, adding that the average age of those being diagnosed with COVID-19 locally and statewide has decreased.

In addition to seeing younger patients, the Anna Jaques staff has accrued a wealth of information in terms of how to treat the disease and how to slow its spread. Part of that, he said, comes from the hospital’s line of communication with the mayor’s office.

“We’re doing a really good job in partnership with the city,” he said.

Goldstein praised Holaday for taking COVID-19 “very seriously” and making sure the city is as prepared as possible.

Goldstein also said his staff is in regular contact with Newburyport Public Schools, which provides the hospital with up-to-date information on a regular basis and when cases are confirmed at the schools.

When the pandemic was at its peak in April and anxiety was high throughout the city, residents banded together to help and support the hospital and staff. Many amassed and donated personal protective equipment while others stood outside the hospital to thank staff for putting their health and safety on the line to treat patients.

Goldstein said the outpouring of support was incredibly inspiring and paid dividends.

“The Greater Newburyport community has been absolutely amazing,” he said.

While Goldstein said he doesn’t expect the situation to become as dire this fall and winter, he encouraged residents not to let their guard down and continue to take the virus extremely seriously.

He stressed the importance of the “three best things” people can do to prevent the spread: Wash their hands thoroughly, practice social distancing and wear a mask.

“People are fatigued, COVID fatigue is a real thing,” Goldstein said, noting that is contributing to the coronavirus caseload trending in the wrong direction.

Asked if the hospital needed any PPE donations, Goldstein replied that the hospital’s PPE reserves are once again flush.

“I don’t have a specific ask. My ask is if you need health care, seek it,” he said. “My No. 1 message is the community should feel very comfortable coming to Anna Jaques for health care.”

Goldstein encouraged residents not to skip mammograms, colonoscopies or any kind of preventive screens that were halted during the height of the pandemic to conserve resources and limit person-to-person contact.

“We’re there for that,” he said. “The key is to get the health care you deserve and you need.”