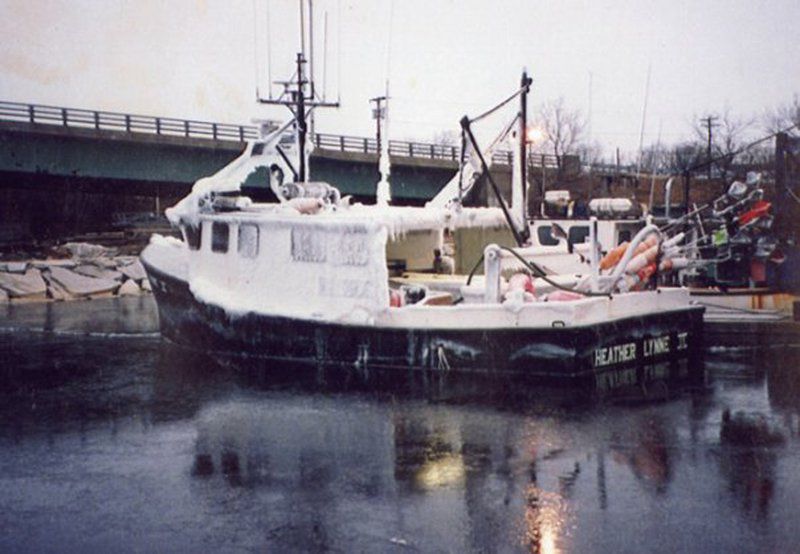 The Heather Lynne II, which sank in 1996, is seen docked at Bridge Marina in Salisbury. 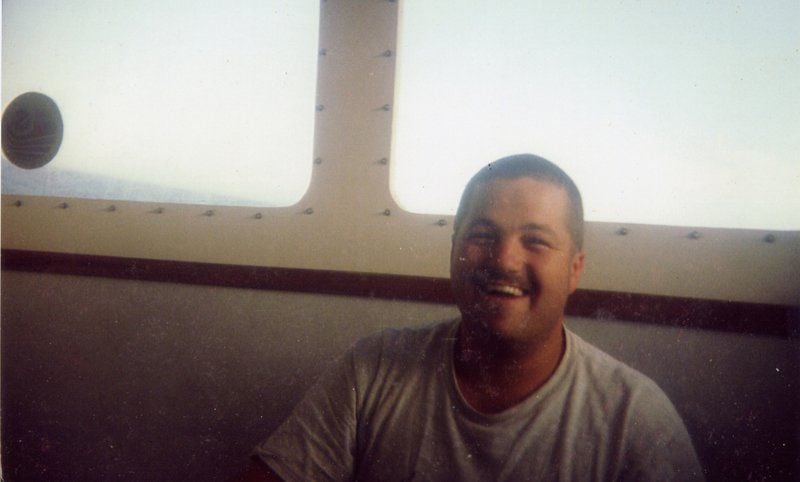 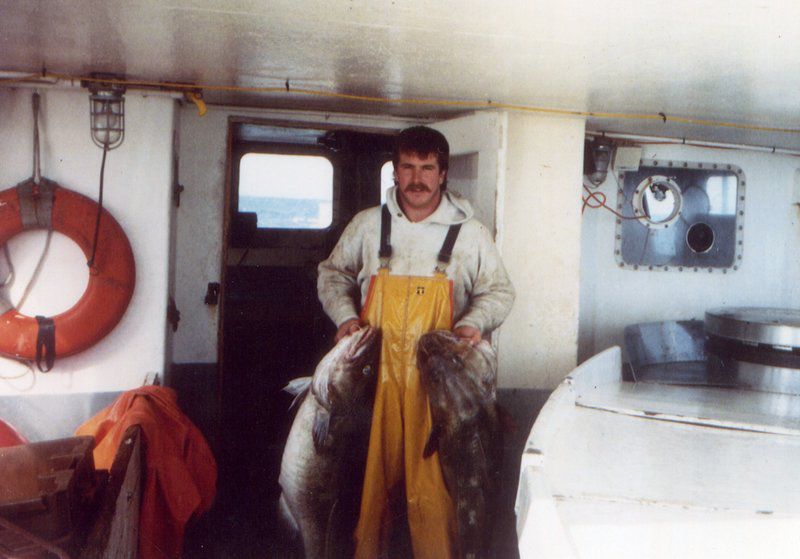 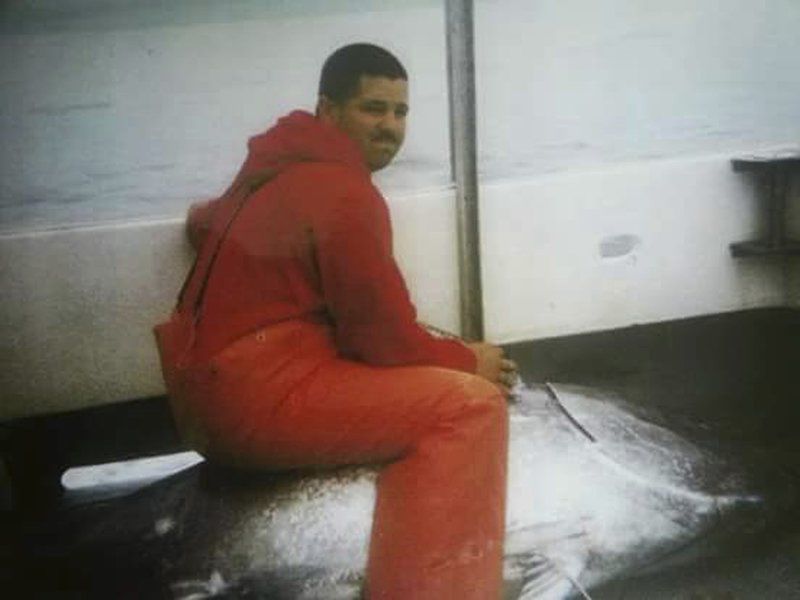 John Michael Lowther, one of the three fishermen who died aboard the Heather Lynne II. 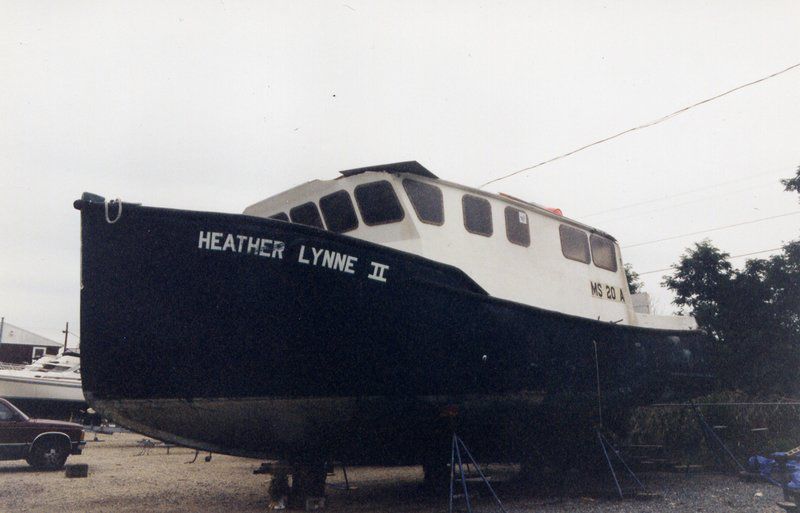 The Heather Lynne II is seen after being hauled out of the sea after the accident. 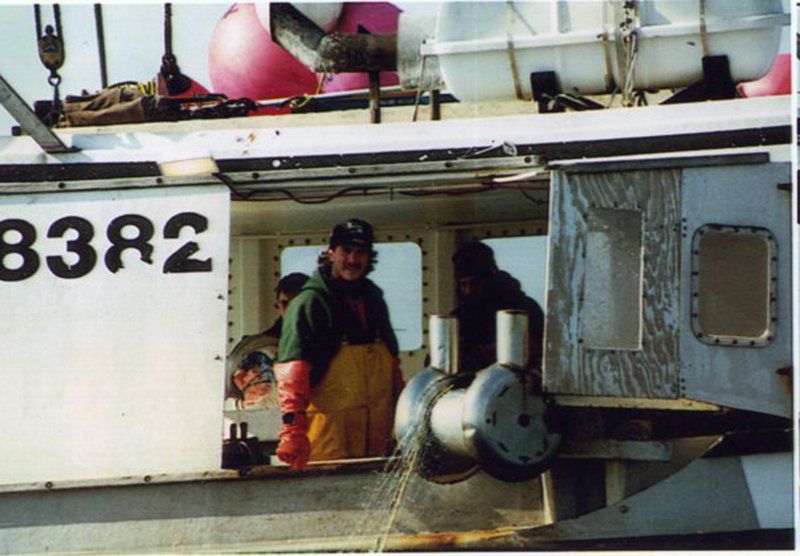 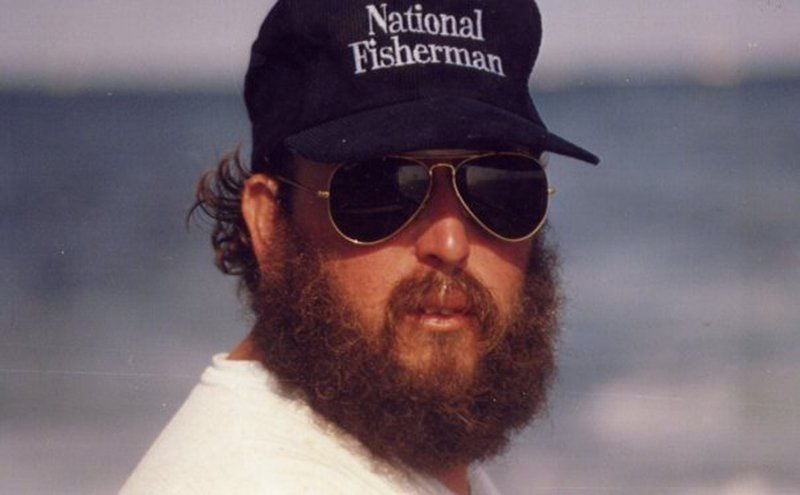 Kevin Foster, one of the three fishermen who died aboard the Heather Lynne II. 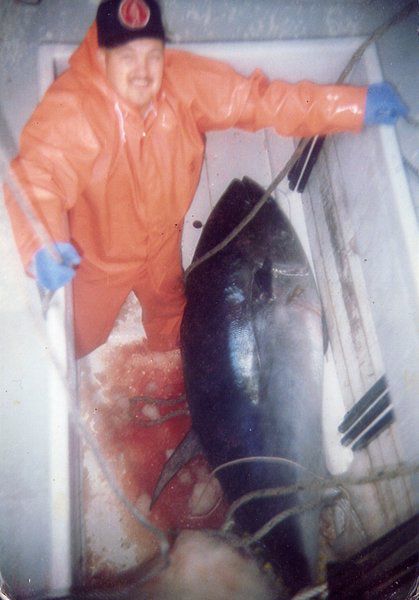 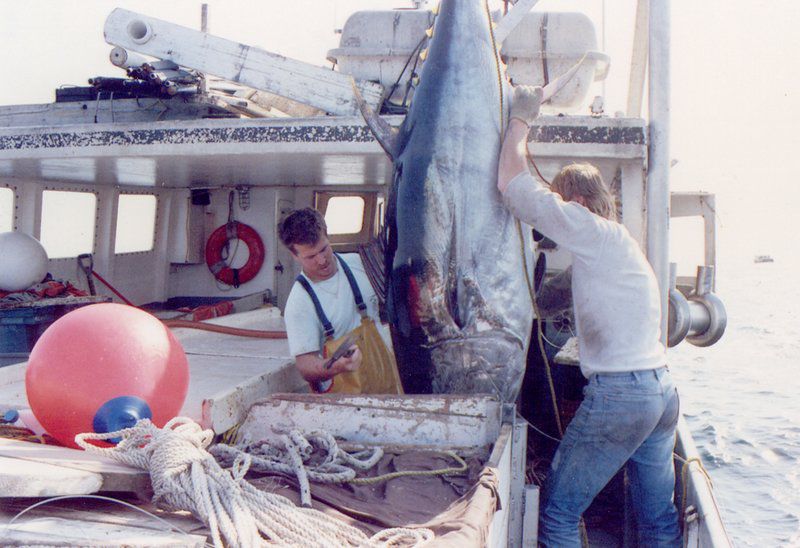 Capt. Jeffrey Hutchins is seen  hauling in a tuna aboard the Heather Lynne II. 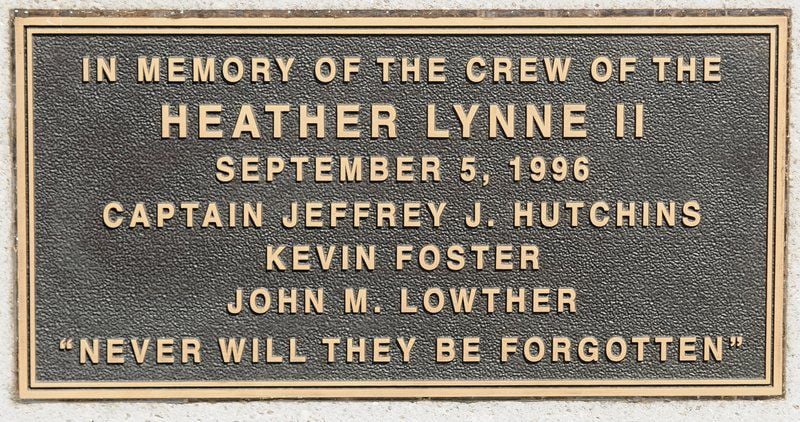 The plaque on one side of the Fishermen's Memorial on the Newburyport waterfront remembers the crew of the Heather Lynne II. Newburyport was the ship's home port.

The Heather Lynne II, which sank in 1996, is seen docked at Bridge Marina in Salisbury.

John Michael Lowther, one of the three fishermen who died aboard the Heather Lynne II.

The Heather Lynne II is seen after being hauled out of the sea after the accident.

Kevin Foster, one of the three fishermen who died aboard the Heather Lynne II.

Capt. Jeffrey Hutchins is seen  hauling in a tuna aboard the Heather Lynne II.

The plaque on one side of the Fishermen's Memorial on the Newburyport waterfront remembers the crew of the Heather Lynne II. Newburyport was the ship's home port.

NEWBURYPORT — Sometime before dawn on Sept. 5, 1996, the Heather Lynne II — a 45-foot fishing boat out of Newburyport — capsized off the coast of Cape Ann when it struck a long cable connecting a 272-foot barge to the tugboat it was towing,

Capt. Jeffrey Hutchins and his two-man crew of Kevin Foster and John Michael Lowther were trapped, but alive, for some time in the overturned hull of the Heather Lynne II, 10 miles off Gloucester.

A diminishing air pocket kept the boat from sinking and provided hope of survival for the three fishermen trapped inside.

Their shouted pleas and desperate tapping could be heard by would-be rescuers who began to gather around them. But as boats came to the ship's aid, they were directed to wait for the Coast Guard and a dive team to conduct the rescue effort.

By the time the Coast Guard arrived, the three fishermen had drowned, leaving their families heartbroken and leading to an investigation of the Coast Guard's conduct and delayed response in the rescue.

Twenty years later, many who knew the lost crew of the Heather Lynne II still feel the pain, in part because it is unclear exactly what took place after the pre-dawn collision.

"I was shocked and heartbroken, and haunted by a deep desire to find out how a tragedy like this could have happened to one of the most seasoned, respected fishing boats and crew in our community. For those of us who were connected to the waterfront at the time, we all remember exactly where we were when we first hear word that the Heather Lynne II was in peril. We will never forget that tragic day."

The Heather Lynne II was a star in Newburyport's fishing fleet, harvesting its catches from the rich shoals off Cape Ann. And although hundreds of Newburyport fishermen have gone missing over the years, many waterfront veterans say that the deaths of these three men — Lowther, 26, of Newburyport; Hutchins, 30, of Byfield; and Foster, 38, of Pembroke, New Hampshire — should not have happened.

Lawsuits were filed, and for years there were charges and counter-charges on who was responsible for the collision, and what went wrong with the rescue.

The Coast Guard investigation found the Heather Lynne II and the tugboat operator shared blame for the accident. The tugboat pilot's license was suspended for four months, and the victims' families were awarded $1 million in damages from the tugboat company. The Coast Guard itself was criticized for a rescue effort some contended was botched by delays and a lack of communication.

"There was confusion, lawsuits and a lot of frustration on the part of the families," said Harbormaster Paul Hogg, who was then a commercial fisherman. "I was tuna fishing that day and I heard the radio calls on the water.

"I was devastated by the tragedy and felt sorry for the family and friends. I was personal friends with some of them. They kept the boat on the dock slip directly in front of my boat at the marina. I will never forget the day that they brought the boat back to port and hauled it out of the water."

One member of the fishing community at the time, Bob Campbell, will be driving up from Rhode Island this weekend to participate in a ceremony Monday rededicating the Fishermen's Memorial on Newburyport's central waterfront. The memorial honors the crew of the Heather Lynne II and all other Newburyport mariners lost at sea.

Campbell was running a fish co-op here during the mid-'90s, and he knew most of the fishermen on the waterfront. He is scheduled to offer words about the monument as part of the ceremony.

"I knew these three, and I am honored to come back and be part of the program," said Campbell, now retired. "I had been a fisherman, and you usually don't think these things can happen.

"We all felt terribly when we heard the news. I was one of those who helped get the monument built in 2000, and I'm pleased that it has been restored and will be rededicated."

Hogg has said Monday's ceremony "will be a valuable moment for the community."

"The families of the fishermen will be there, and I think everyone is going to appreciate the improvements to the site," he said. "Their lives were sacred to us, and this monument will reflect that.”

Monday's rededication of the Fishermen's Memorial is scheduled for 9:30 a.m. on the central waterfront boardwalk. Family, friends, fishermen, clergy, public officials and those on the working waterfront are expected to attend the ceremony, which is sponsored by the Newburyport Interfaith Clergy Association.

In addition to the three-man crew of the Heather Lynne II — Capt. Jeffrey Hutchins, Kevin Foster and John Michael Lowther — the ceremony will pay tribute to local fishermen Sean Cone of North Andover and Daniel Miller of North Hampton, New Hampshire, who were lost at sea on the Lady Luck on Jan. 31, 2007. Lady Luck, which was ported in Newburyport, went missing off the Gulf of Maine.

A bell will toll for each of the five men, with a sixth bell tolling for all Newburyport fishermen throughout the ages who have lost their lives to the sea,

Ushers will accompany family members to the water's edge, where wreaths will be cast on the sea in memory of those who have given their last measure of humanity to the sea.

The ceremony culminates a restoration of the original monument, which was installed in 2000, and its new location on the central waterfront.

The squat stone structure has been returned after refurbishing with burnished plaques and polished granite. In addition to plaques for the crews of the two lost boats in the modern era, a third plaque on the memorial reads, "In honor of the proud brave fishermen who lost their lives at sea. May they rest in peace."

Mayor Donna Holaday, members of the clergy and others will offer brief remarks.

Flowers will be provided by Beach Plum Too and light refreshments will come from Bucciarelli's.

Following the service, the city of Newburyport is hosting a gathering on the lawn of the Custom House Maritime Museum.