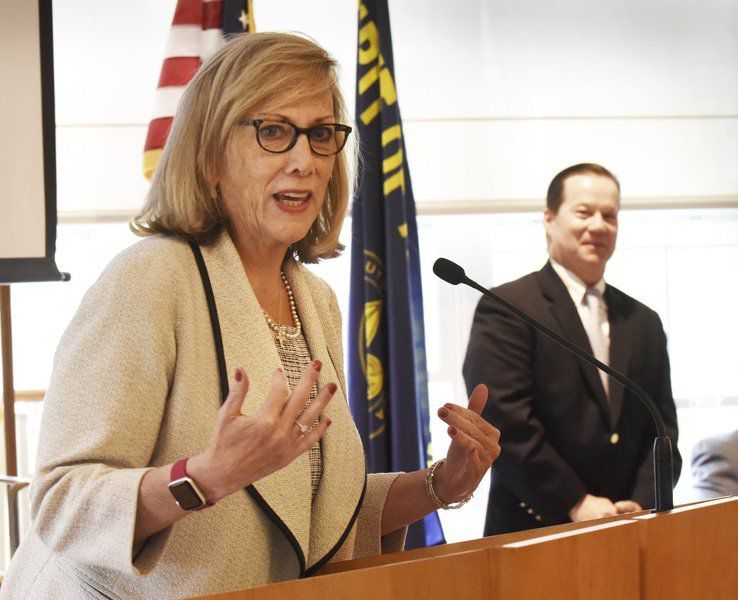 BRYAN EATON/Staff photoAnn Ormond, former president of the Greater Newburyport Chamber of Commerce & Industry, was honored Thursday during the Mayor’s Breakfast for Scouting in Newburyport. 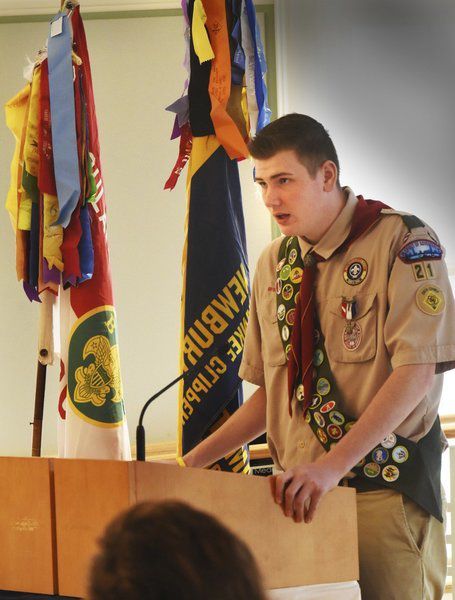 BRYAN EATON/Staff photoEagle Scout Sam Spinney was the featured speaker Thursday during the Mayor’s Breakfast for Scouting in Newburyport. 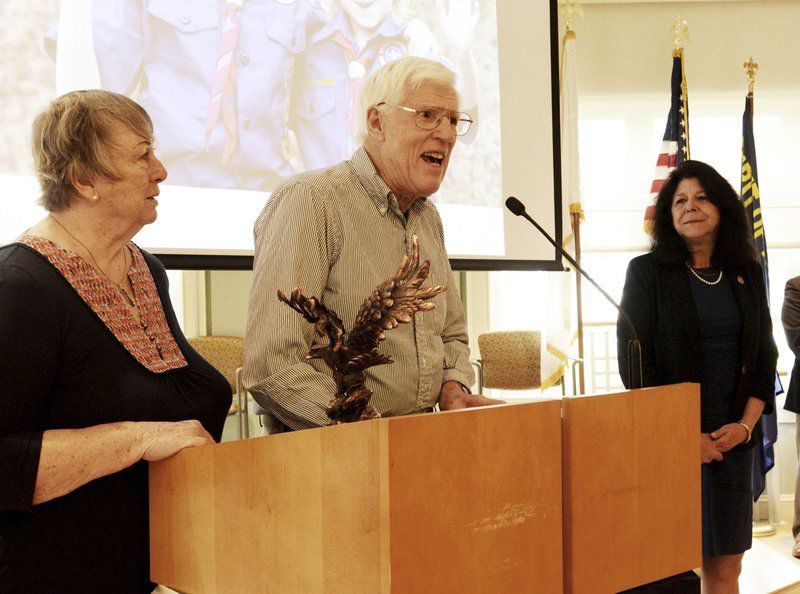 BRYAN EATON/Staff photoMarge and Skip Motes, recipients of certificates of appreciation Thursday during the Mayor’s Breakfast for Scouting in Newburyport, make a few comments while Mayor Donna Holaday looks on. 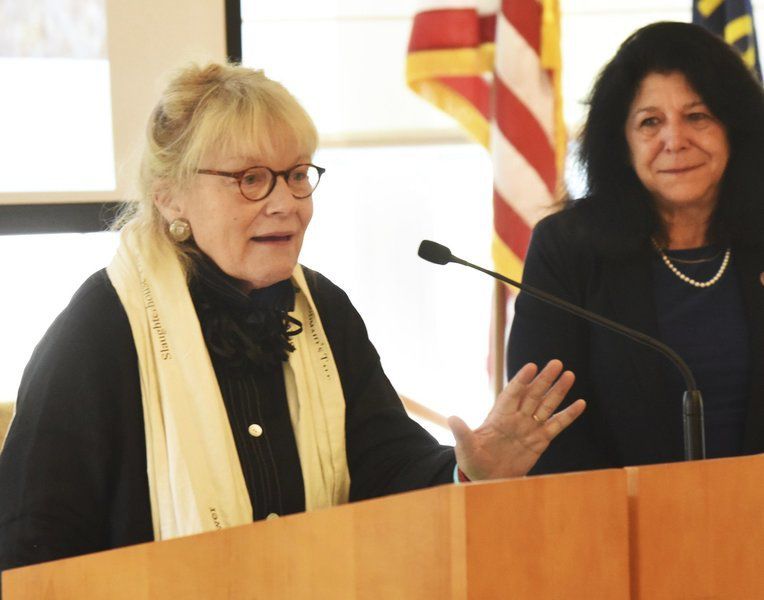 BRYAN EATON/Staff photoAnn Ormond, former president of the Greater Newburyport Chamber of Commerce & Industry, was honored Thursday during the Mayor’s Breakfast for Scouting in Newburyport.

BRYAN EATON/Staff photoEagle Scout Sam Spinney was the featured speaker Thursday during the Mayor’s Breakfast for Scouting in Newburyport.

BRYAN EATON/Staff photoMarge and Skip Motes, recipients of certificates of appreciation Thursday during the Mayor’s Breakfast for Scouting in Newburyport, make a few comments while Mayor Donna Holaday looks on.

NEWBURYPORT — Four distinguished local residents were honored Thursday during the Mayor’s Breakfast for Scouting, an event that brings municipal leaders together to recognize the contributions of the Boy Scouts and other Scouting groups.

The breakfast honors the community service these individuals have provided and highlights the Boy Scouts of America’s mission, with members of Pack 21, Troop 21 and Troop 251 of Newburyport all taking part.

The event included a speech from Troop 21 Eagle Scout and Newburyport High School senior Sam Spinney, who discussed the ways in which Scouting has helped him overcome obstacles as a child growing up with autism.

Longtime city residents Ann Ormond, Vicki Hendrickson, and Skip and Marge Motes were recognized by Mayor Donna Holaday for their service to the community and presented with certificates of appreciation by state Rep. James Kelcourse, R-Amesbury, and a representative from state Sen. Kathleen O’Connor Ives’ office.

Holaday highlighted Hendrickson’s work in leading two Newburyport nonprofits, including the Adult and Community Education program, which has since grown to include hundreds of teachers and thousands of students since she founded it in 2002.

The mayor also commended Hendrickson for founding the Newburyport Literary Festival, which has grown into a major event featuring guest spots from esteemed writers such as “Diary of a Wimpy Kid author” Jeff Kinney, who visited last year, and author Ann Hood this year.

“It has been a tremendous success in our city,” Holaday said of the festival. “I know that many businesses in our city say it’s one of the best weekends in terms of the thousands of people that come into our city and the authors we have showcased over the years.”

Holaday praised Hendrickson for “enhancing literature and education, and getting everybody excited about reading, that’s so important.”

Hendrickson expressed her gratitude and thanked Newburyport residents and businesses for being receptive and supportive of her efforts.

“The community that we live in appreciates the things we offer, and think of all the things that go on here — it’s really quite remarkable,” Hendrickson said. “I’m grateful for this community. The support has been perfect since day one.”

Holaday also highlighted the work of the Motes — “a husband-and-wife team who quietly behind the scenes have done amazing things for our community.”

After moving to Newburyport in 1995, the Motes quickly became involved with the Newburyport Art Association and have since played a hand in many art- and history-related projects around the city, including their work inventorying thousands of titles at Newburyport Public Library.

“It’s the vibrancy of the art and culture in the art and historical communities that make it feel like you can contribute and do things that are helping the community,” said Skip Motes, thanking officials for the award. “It’s been an honor.”

Lastly, the mayor paid homage to Ormond, who is best known for her work as president and CEO of the Greater Newburyport Chamber of Commerce & Industry.

And though Ormand recently stepped down after more than 10 years of service, Holaday emphasized her role in taking the organization to “a whole new level.”

“Her interest to our history, our culture, our maritime history — Ann brought all that to the table,” Holaday said. “She supported nonprofits, businesses and helped this organization thrive ... I know I’ll miss working with her.”

Ormond expressed her thanks for the award, and also fought back tears as she paid tribute to Spinney for his enthusiastic outlook on life.

“What he said today is how I tried to live for the past 11 years ... work hard, help others, be kind, be upbeat and positive even when times are tough,” she said.