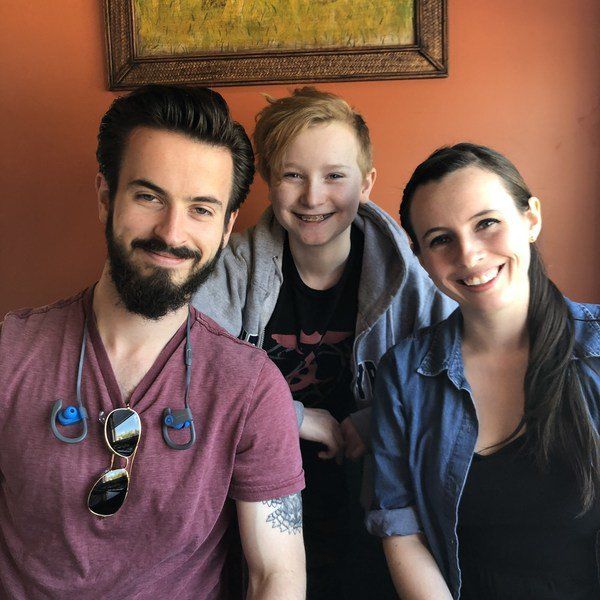 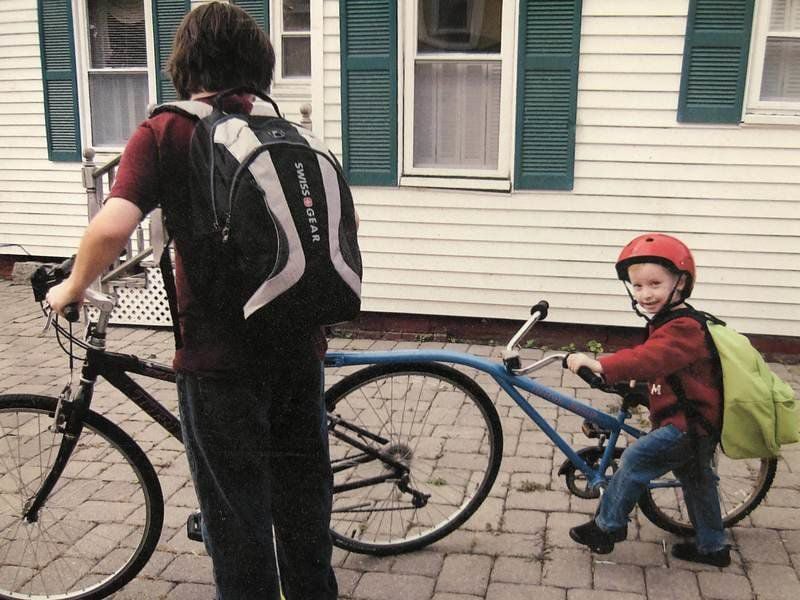 This year, Cathcart's youngest will graduate from River Valley, 20 years after her oldest began second grade during the school's first year of operation. With at least one child attending every year, the Cathcarts are the longest running family at the charter school in Newburyport.

The lottery system is public and the only preference is given to current students with siblings and those who live in Amesbury, Newbury, Newburyport, Salisbury and West Newbury.

Cathcart's daughter, Sadie, 27, attended River Valley from second through eighth grade. Her son, Grey, who is now 21, started going in first grade and her other son, Robert, 13, has been a student since Kinderhaus.

Cathcart, who formerly owned the Newburyport art shop Chameleon, is now a part-time art teacher in the middle school.

In addition to teaching, Cathcart is a frequent volunteer at the school.

"Part of the original charter idea was that parents are welcome to be part of the process," she said, "I have been lucky enough because I'm self-employed — I had my own business for 20 years — so I've been able to be apart of that."

When asked how much the school has changed over the past two decades, she said, "Oh, very much so. It's funny though because I say 'very much so," but only in the sense that it has grown and developed, and that is one thing that I love about it."

"There is constantly a core group of people that are invested in staying true to the original charter and yet, at the same time, making sure that it's a rich and vital program," she said. "There are constantly conversations around how to make this better and how do we do this better."

"Even when our family was met with challenges, or something wasn't going right for us," Cathcart said, "the opportunity for communication existed and we could work through it."

Sadie, for example, was what Cathcart called "an allergy kid" and Robert has immune deficiency.

"He has very irregular attendance and they always meet him wherever he is at," she said.

On Sunday, Oct. 6, and for the last few years, River Valley students, alumni and families have joined Robert to do the Immune Deficiency Foundation's Walk for Primary Immunodeficiency at Millennium Park in West Roxbury.

Cathcart said this kind of community support is what has made her so grateful for the past 20 years.

Speaking about her time at River Valley, Sadie said, "It really fostered independence and creativity. I think I was given the opportunity to customize aspects of my education that I otherwise wouldn't have if I had attended school elsewhere."

In the Montessori educational setting, she was able to choose topics and projects she was curious about.

"The charter school really encouraged me to follow my passions," she said. "I think that kind of flexibility doesn't work for everyone, but it worked for me."

"Before middle school, I tacked a hurdle or learning curve," Sadie said. "I became much more comfortable speaking in front of groups and my classmates. I like that I was able to be exposed to that early on. Also, they made a more comfortable and confident writer."

Jonnie Lyn Evans, one of the co-founders and current school director, said, "What makes River Valley especially valuable is the fact that it provides a Montessori option where it might only have been available for those with privilege. I believe that all parents should have choice in their children’s education."