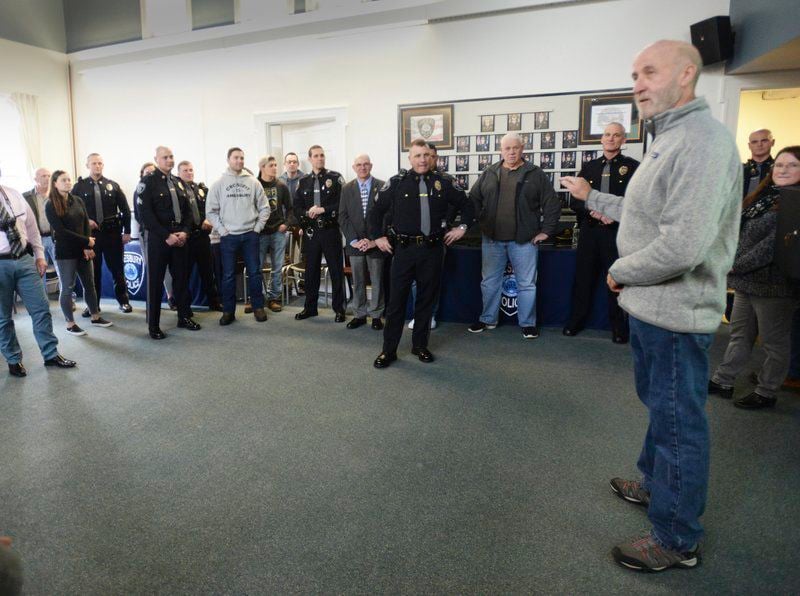 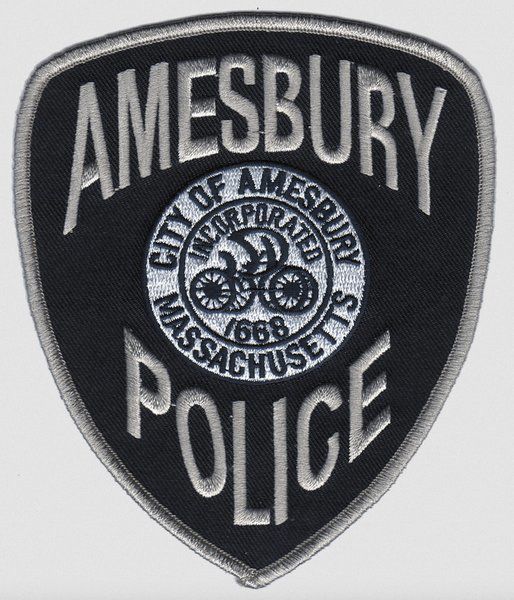 The year was 1981: Raiders of the Lost Ark, On Golden Pond and the Cannonball Run hit the big screen, while Dallas, 60 minutes and MASH ruled the Neilson ratings. Hall & Oates, REO Speedwagon and Olivia Newton John charted hits on the pop music scene and everyone was trying to figure out Rubik’s Cube. Across the pond, Prince Charles married Lady Diana, while back home the Boston Celtics captured their 14th NBA Championship title. It was also the year when a 19-year-old Amesbury native joined the Amesbury Auxiliary Police force.

Richard “Ricky” Poulin was a “townie,” graduating from Amesbury High in 1980; his grandfather also operated Poulin’s Market downtown. Rick played hockey and football during his high school years and would later play for the Amesbury Maples – winning a championship alongside legends such as Larry Fournier, Steve Klein, Roger Nadeau, Jackie Morrill, Stan Chase and many others. Rick spent two summers with the Hampton, New Hampshire, Police Department before being appointed full time by Chief Michael Cronin in spring of 1984.

Chief Bill Scholtz recently commented that Rick has done every job and assignment at the Amesbury PD, except lieutenant and chief; assembling a truly impressive resume. In 1986, he got the Amesbury K-9 program going again with his first partner, Cujo. Rick would later work with Barry, who was nationally certified until his retirement in 1999. The teams trained and worked with the Boston Police Academy and Massachusetts State Police K-9 Unit, assisting local agencies and communities. He would also be a part of the regional SWAT team, a hostage negotiator, sexual assault investigator and crime scene photographer.

Rick became the department’s first DARE officer in 1993, which would evolve into an assignment as school resource officer later that decade. His talents were not limited to the school buildings, however, he shared his dedication after school through coaching students in baseball, football and hockey. He provided guidance and advice; attending school functions, speaking at career fairs and having a keen connection with the community; he knew everyone. Rick would serve as a Detective for almost 10 years, working with the DEA, task forces and other police agencies on countless cases.

In 2010, he was appointed to the rank of sergeant, returning to the night shift to oversee operations. Sgt. Poulin would assume many duties as a supervisor, including the coordination of community events, such as Amesbury Days, the Santa Parade, road races, Fireball Run, eventually making his way to the dayshift. Throughout his career, Sgt. Poulin has been a proud supporter of our military heroes – working tirelessly with the VFW to recognize all our military people do. In appreciation of their service, he was not only a part of every ceremony but worked behind the scenes to make events like the Troops Christmas Dinner possible. Rick commanded the Department Honor Guard for years and received training at Camp Ripley in Minnesota.

To say he has seen quite a few changes over his career would be an understatement. The police call box, although not utilized, was still posted in Market Square. Manual typewriters were used for reports, the booking process included handwritten data cards and polaroid photos while the APD fleet consisted of four or so cruisers. Over the years, technology changed operations as communication, equipment and training improved. He worked with seasoned veterans and became a mentor to new officers. In fact, a quick scan of the roster today includes 16 officers who were not even born when Rick joined APD in 1981.

I was fortunate to have known Rick before working alongside him as we both born at Amesbury Hospital and grew up on Powow Street. After my appointment, we worked on nights together and interacted over the years on patrol. For the last few years, I was able to work for him as he supervised my day shift. Although from a different era of policing, Sgt. Poulin adjusted to the changes and never hesitated to accept an assignment or challenge. His pride for the profession and community was matched with his commitment to his officers; treating them as if they were truly brothers and sisters, even serving as Union President. During his career, he was witness to the harsh realities of police work, seeing the absolute worst scenarios but also the truly good in people. It was tough working a police schedule, missing his share of holiday happenings but he knew the sacrifice from the start.

I’ll remember his sense of humor, memorable roll calls, epic movie quotes, eagerness to get involved, words of wisdom and responses to all those times we tried to get him excited. His reaction to walking in and believing the cells were full from the night before was priceless. Always a fan of the sports, we engaged in many conversations about Boston’s best and he was eager to share the accomplishments of his teams. Fortunately, after retiring, he’ll stay on as a special officer working details and continuing community service, so still a familiar face. Friday, Jan. 10, was Rick’s final shift, retiring after 36+ years of full-time service.

Congratulations, thanks for a job well done, welcome to the club and see you at the banquet. It was truly an honor and privilege to work with Sgt. Rick Poulin in the town where we grew up.

Tom Hanshaw retired from the Amesbury Police Department in 2019.