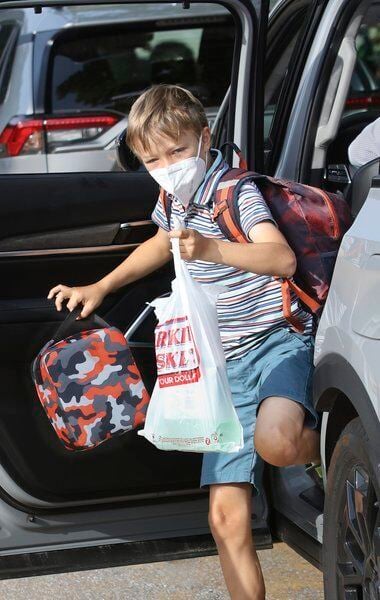 MIKE SPRINGER/Staff photo Ethan Sheridan steps out of the car Wednesday morning for his first day of school as a fourth grader at Cashman Elementary School in Amesbury. 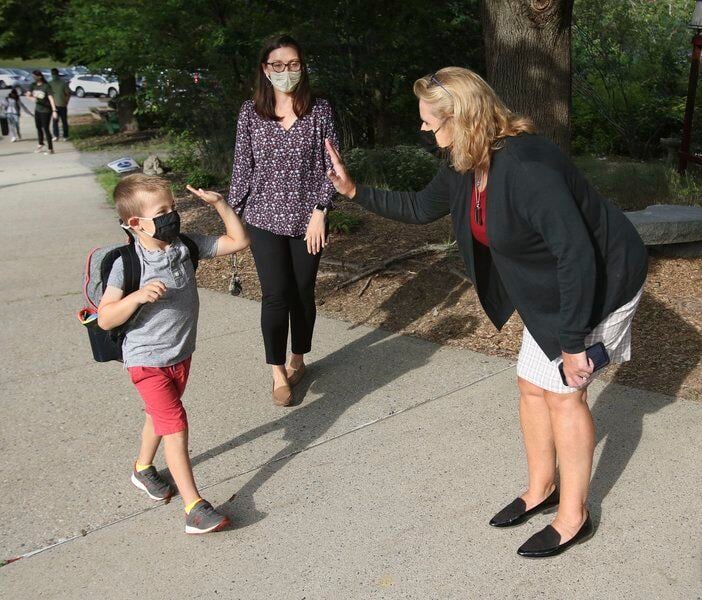 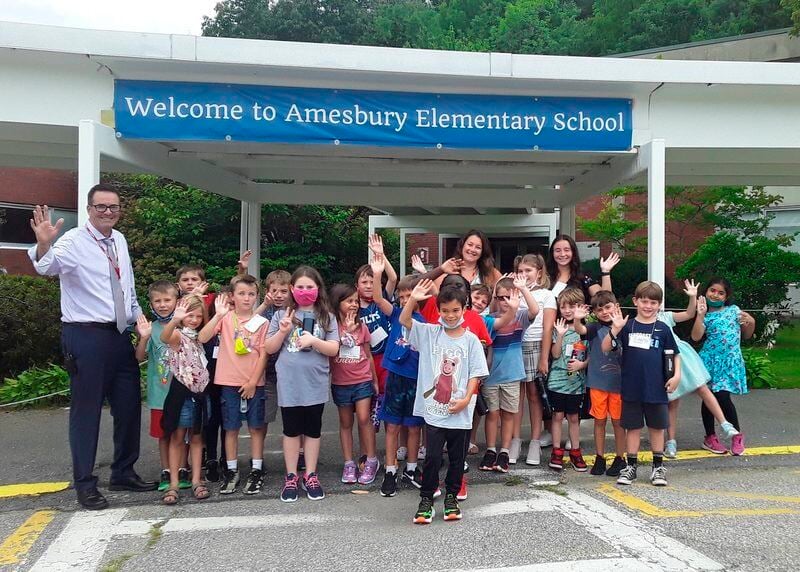 MIKE SPRINGER/Staff photo Ethan Sheridan steps out of the car Wednesday morning for his first day of school as a fourth grader at Cashman Elementary School in Amesbury.

AMESBURY — Wednesday marked the first day of school for students as well as their principals at the Amesbury Elementary and Middle Schools.

"Things have been going tremendously well," he said. "The kids are great, the staff is great, the parents are fantastic."

Students, staff and visitors are required to wear face masks while in all city schools. But other than face coverings, most of Wednesday's first day of classes played out in a traditional manner.

"The students have handled everything better than the adults, at least better than me," Montanari said. "Kids are resilient and we've been able to get everyone back into school with masks. I'll take that. To see everyone here, all together, is fantastic."

"They were absolutely no issues this morning, none," Montanari said. "That is a great way to start everything off. The weather worked out for us and I am very happy that it all worked well."

Second grader Connor Ward said he was happy to be back in school but can't wait to see the new AES built on Lions Mouth Road. (The under-construction elementary school is currently scheduled to be completed in the spring of 2023.)

"I am thinking they need a new school because this one is really old," Connor said.

Montanari comes to the district after 16 years in Salisbury and he admitted that change is always a challenge but he embraces the growth that comes with it.

"I feel very comfortable at Amesbury Elementary School," he said.

Jarred Haas spent the 2020-21 school year working as an assistant principal at Peabody Veterans Memorial High School but on Wednesday he was working his way through his first day as the principal of the Amesbury Middle School.

"It's been fantastic," he said. "There has been a lot of energy from the kids and it is nice to be returning to some normalcy."

Haas said that his biggest adjustment so far has been to making the jump to principal.

"Most of my career has been spent in a middle school (as a teacher, digital learning coach and a teaching, learning and integrated technology director)," he said. "So the culture of a middle school and understanding the kids and how the structure of teams and in a moving schedule work, which is very different from a high school, that is all something I am very used to and very comfortable with."

According to Haas, many of the middle school students he spoke to on Wednesday told him they were unhappy to see the summer go but were very happy to see all of their friends once again.

"They are also happy to see all of their teachers in person to start the year," he said. "They haven't seen that in over a year and a half. So it has been very emotional."

He added that he is confident in his staff as well as his assistant principals, Adam Denio and Jessica Stryhalaleck.

"The kids are interested in following the protocols to help keep us safe and to help us return to normalcy," Haas said.

Seventh grader Connor Lemieux said that he was happy to see all of his classmates once again.

"I'm just going to go through the day like it is just a normal day," Connor said. "But I am feeling really good about things."

Connor's classmates, Noah Hauck and Sophia Le were also happy to be in class, if a little disappointed that their summer vacations were now over.

"I'd say it is going pretty good-ish," Noah said.

"I'd say it's going pretty good too," Sophia said. "Wearing the mask is OK, for now."