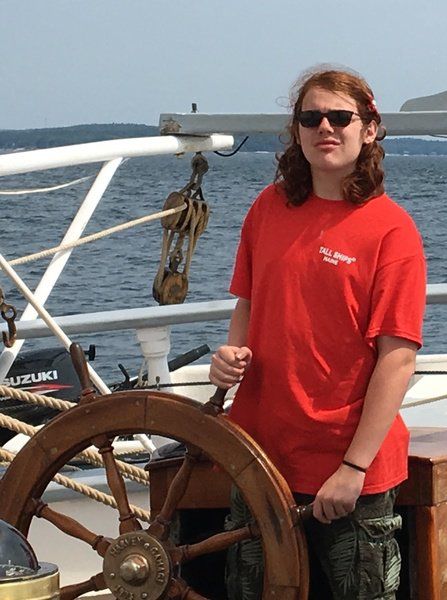 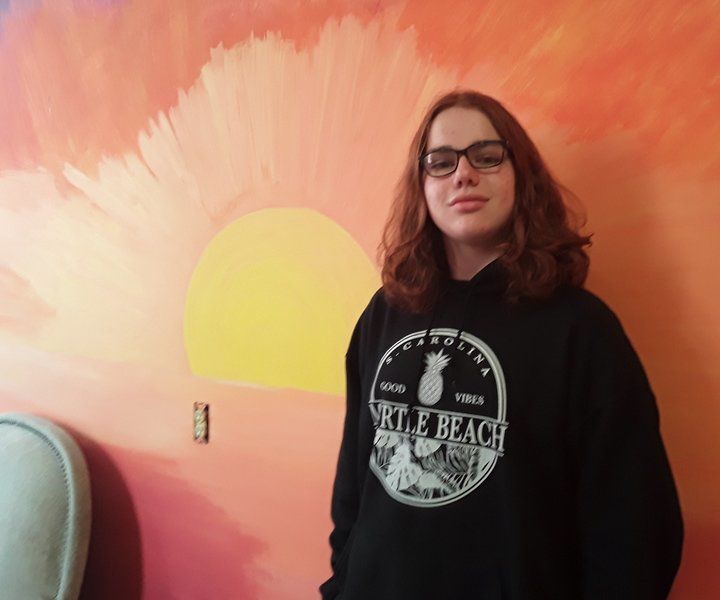 AMESBURY — An Amesbury Innovation High School student spent nearly a week this summer learning the ropes on a 131-foot schooner.

“We had two kids from Brooklyn and two kids from Queens,” McKenzie said. “The first day was kind of awkward, we didn’t know each other. But by the second day, we figured, ‘We’re going to be stuck on this boat together for a week, let’s try to get along.’”

The Seafaring and Sail Training for Teens program was the brainchild of Graham McKay, executive director and master boatbuilder for Lowell’s Boat Shop.

McKay’s boat shop, a National Historic Landmark, worked in collaboration with Ocean Passages, Maritime Gloucester and Tall Ships Maine to make the five-day passage from Gloucester to Portland, Maine, a reality for the young sailors.

McKenzie was able to join the voyage courtesy of a $1,100 scholarship from local donor Sandra Johnson.

Although McKenzie took part in a day-sailing camp at Lake Gardner a few years ago, this summer marked his first experience aboard a vessel as impressive as the Harvey Gamage.

The students learned seamanship, sail handling and leadership from a professional crew.

“We were split into three groups and there were three watches,” McKenzie said.

Each watch was assigned to a specific chore each morning, from polishing brass, toilet detail or McKenzie’s favorite — washing the decks.

“You had a firehose that took about two people to man it,” he said. “They would walk around, spraying the firehose on the deck and people would come behind them with scrubbers.”

The 16-year-old called the trip magnificent.

“We rigged the sales, steered the boat,” he said. “When the sails are full and it is nothing but water, I’ve got to be completely honest with you, it is amazing. But I was sure I was going to go overboard.”

The weather during the trip was excellent, and the crew ran into a local lobsterman who gave them a decent payload, according to McKenzie.

“I had my first lobster on this trip,” McKenzie said. “It also reinforced that I love being on the water. I love the smell of it. I like being out there and I don’t get seasick very easily. There’s just something about being on the water that brings out the best in me.”

Amesbury Innovation High School Principal Eryn Maguire said she noticed a new maturity in Mackenzie when he returned to school in August.

“He has grown up quite a bit over the past summer,” she said. “He was out there by himself without any support from his family, or us or anyone. He made the best of it and had a wonderful time.”

McKay was captain of the Harvey Gamage for the voyage and said he wanted to give the students a chance to experience something he did in his youth.

“It really harkens back to when the Spirit of Massachusetts used to come to Newburyport in the late ‘80s or early ‘90s,” McKay said. “They would run weeklong summer programs and that is how I got started. I was basically trying to re-create that for kids now.”

McKay said McKenzie seemed to have the right stuff to stay on the water.

“The most important thing that makes a sailor is their ability to get along with everybody else in a harmonious living situation, which he certainly did,” McKay said. “He brought a lot of color and flavor to the whole crew. That is really what makes the best sailors.”

Although the trip lasted a little less than a week, McKay said he hopes to see it run for two weeks next year.