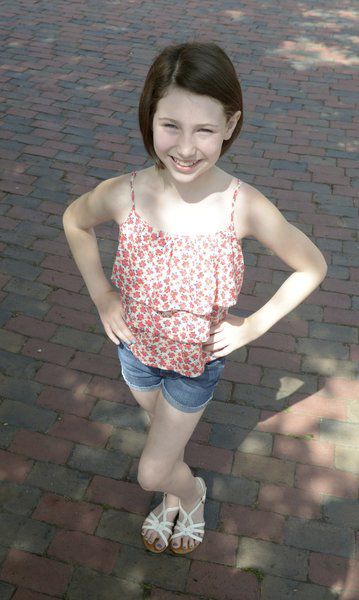 JIM VAIKNORAS/Staff photoActress Carly Gendell is currently in the cast of “School of Rock” on Broadway. 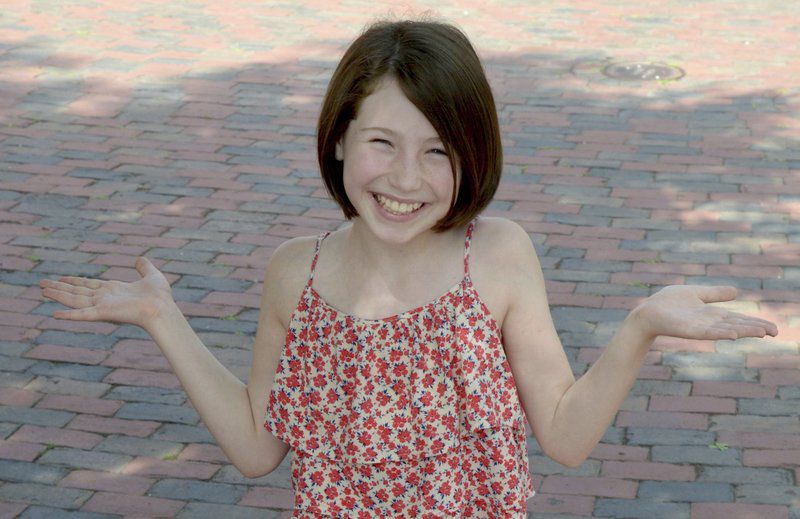 JIM VAIKNORAS/Staff photoActress Carly Gendell poses in Market Square in Newburyport. She is currently in the cast of “School of Rock” on Broadway. 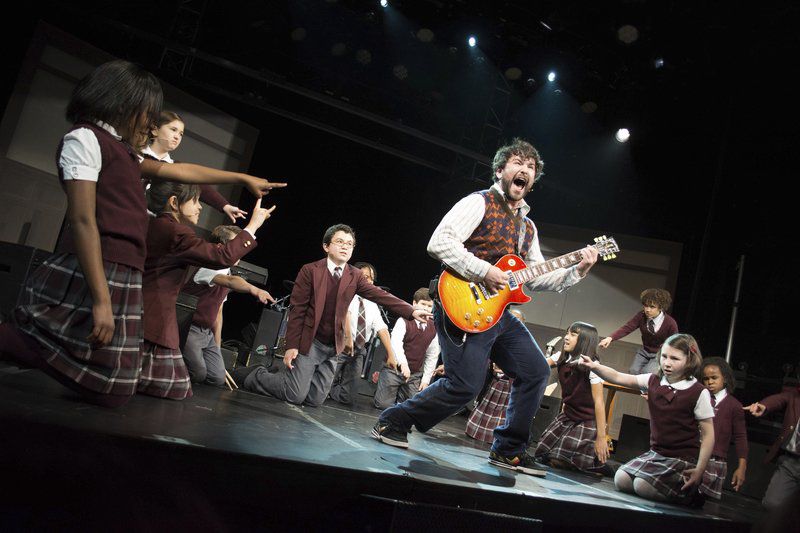 JIM VAIKNORAS/Staff photoActress Carly Gendell is currently in the cast of “School of Rock” on Broadway.

JIM VAIKNORAS/Staff photoActress Carly Gendell poses in Market Square in Newburyport. She is currently in the cast of “School of Rock” on Broadway.

Home in Amesbury last week for a one-week summer vacation after spending the last seven months on Broadway originating the role of Marcy in “School of Rock — The Musical,” 11-year-old Carly Gendell started her week checking off a long list of things she wanted to do.

“I put down: eat food/pizza/candy/popcorn and (the list) went on and on,” Carly said. “The No. 1 thing about doing this break is resting my voice and doing the things that I love to do.”

A Cashman Elementary School alumna and current Connections Academy sixth-grader, Carly and her family, father Erik, mother Katrina and big sister Haley, have been doing “just the little things,” like visiting the Prescott Park Arts Festival theater camp, going to Canobie Lake Park, getting some “beach pizza” at Salisbury Beach, some crepes at the Noshery, dining at Ristorante Molise and, most importantly, having Carly’s nails painted turquoise.

“When you are on the show, they can only be clear coat or nothing on,” Carly said. “Getting this was rewarding.”

Both Carly and her family’s rock ’n’ roll odyssey began in January 2015 when the young thespian auditioned for the Andrew Lloyd Webber musical based on the 2003 Richard Linklater-directed film of the same name.

After months of rehearsals and previews, opening night for “School of Rock — The Musical” was on Dec. 6 with an after party at the Hard Rock Cafe, where the Gendells rubbed shoulders with Neil Patrick Harris, Laverne Cox, Lilla Crawford, Andrew Lloyd Webber and Stevie Nicks.

“The energy was incredible at the show,” Katrina Gendells said. “It is definitely a show that feeds off the audience and seeing that particular show was so cool because the audience is crazy excited and it got the actors really excited. It’s like a rock concert.”

The show has been going strong and life has been a whirlwind of performances, publicity appearances, backstage fun and autograph signings for Carly ever since. Carly has appeared or performed on TV’s “The View,” “The Today Show” and “Good Morning America.” The cast rode in a float in the Macy’s Day Parade and even got to perform at this year’s Tony Awards, where Carly rubbed shoulders with “Waitress” star Sara Bareilles, “The Color Purple” star Cynthia Erivo and “Hamilton” star and creator Lin-Manuel Miranda.

“We got nominated for four Tony Awards,” Carly said. “That is insane. Most shows don’t get to experience such an opportunity and we got to experience it and meet so many cool people.”

While the show is experiencing a tremendous amount of success, Carly’s family has been living a dual life for almost a year. While Haley finished her senior year at Amesbury High School, she and her mother would often find themselves headed down to New York where Erik lives with Carly, and then the rotation would switch and Erik would be on his way back to Amesbury.

“I have a rule that I don’t want to go more than two weeks without seeing either kid,” Katrina Gendell said. “It is not easy, but we do what we have to do to nurture this because it is what she wants to do, and all in all it is good for our whole family. We are getting to do things that most people don’t normally get to do and we are taking advantage of that. We are very lucky.”

For the time being Carly’s professional life includes five 21/2-hour shows each weekend with shows during the week as well. Each show ends with autograph sessions, photo ops and even birthday wishes. For Carly, it’s all part of the job that includes 19 other kid cast members that she currently refers to as “the family.”

“We are so close,” Carly said. “We do everything together. We have sleepovers, text each other at one o’clock in the morning and do what middle-schoolers do.”

Both self-described “theater kids,” Haley starred as Elle Woods in the AHS production of “Legally Blonde — the Musical” last spring and she likes to see her younger sister rocking out on stage.

“Carly grew up listening to ‘Annie’ and stuff like that,” Haley said. “So I think this is a good experience for her because she is learning about different types of music. But it is good to see her throwing up the rock on signal all of the time.”

Not only can Carley flash a two-handed rock on signal at a moment’s notice, but she does it with a professional polish and flare that can only come from months of constant honing. The Amesbury native has also made friends with other kids who are currently starring in “Les Miserables,” “Matilda,” “The Lion King,” “On Your Feet,” “Finding Neverland” and “Waitress.”

“Rock is an awesome way to express music,” Carly said. “Everyone just really loves and feeds off the audience and we totally feed off (lead actor) Alex Brightman and Alex feeds off us. It’s a big circle.”

While Hodgie’s Ice Cream remains one last item to be checked off Carly’s summer to-do list, her vacation will end with Haley’s high school graduation party at Ristorante Molise this weekend. But the two sisters won’t be separated for long — Haley will be attending Pace University in the fall.

“(The vacation) has been awesome,” Carly said. “I totally miss my family at (‘School of Rock’), but I get to be with my real family for a week. It’s just the little things. It’s just going to places where I remember things.”

Holiday - Thelma Pauline (Dow) Doyle passed away peacefully at home on August 23, 2021. Thelma and her husband, Arthur Jere Doyle Jr., celebrated their 74th wedding anniversary on July, 19, 2021, in Holiday, FL, their home of many years. Thelma was born in Dracut, MA, the daughter of Ernest …