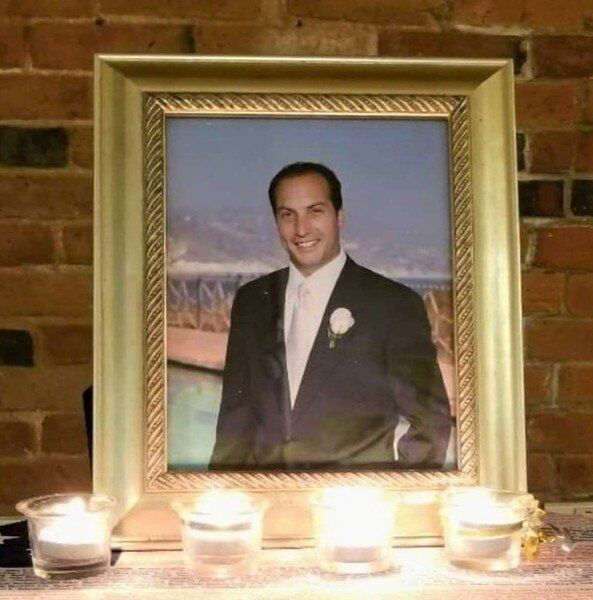 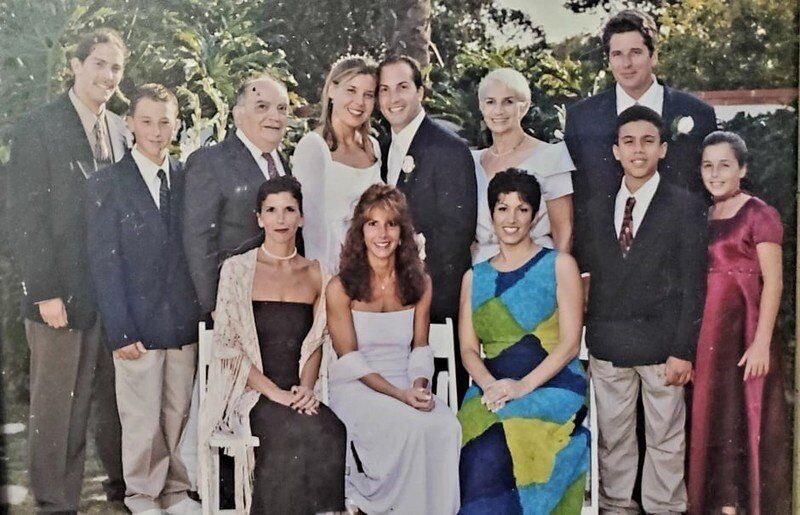 Thomas Pecorelli and his wife, Kia, center, surrounded by family members on their wedding day in 1999. 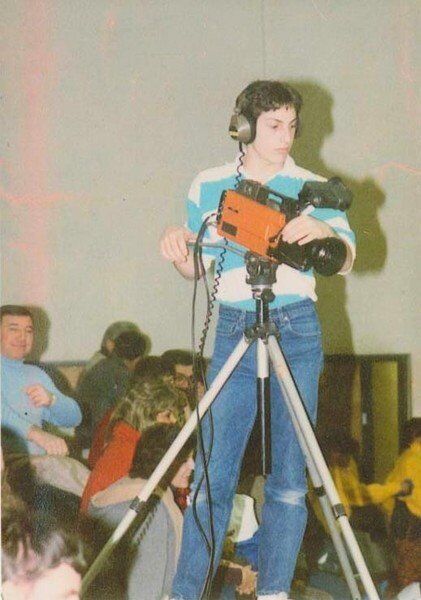 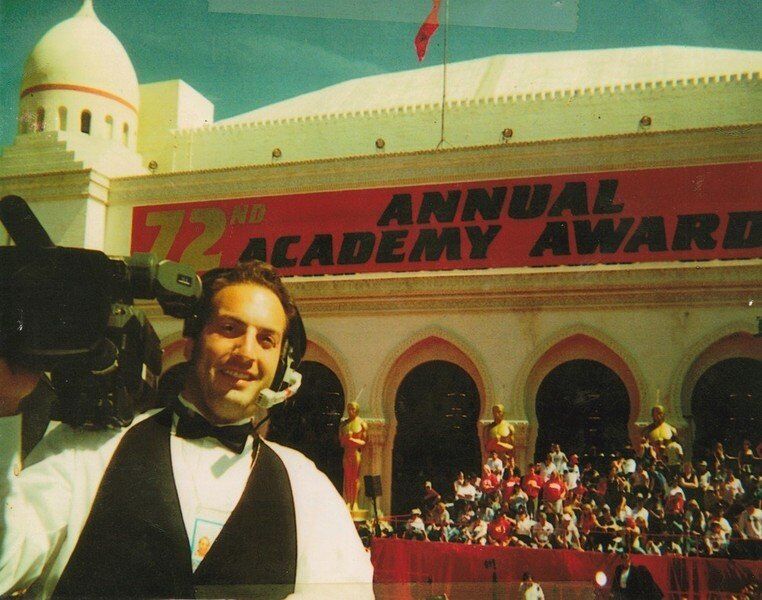 Thomas Pecorelli at the 72nd annual Academy Awards in 2000. 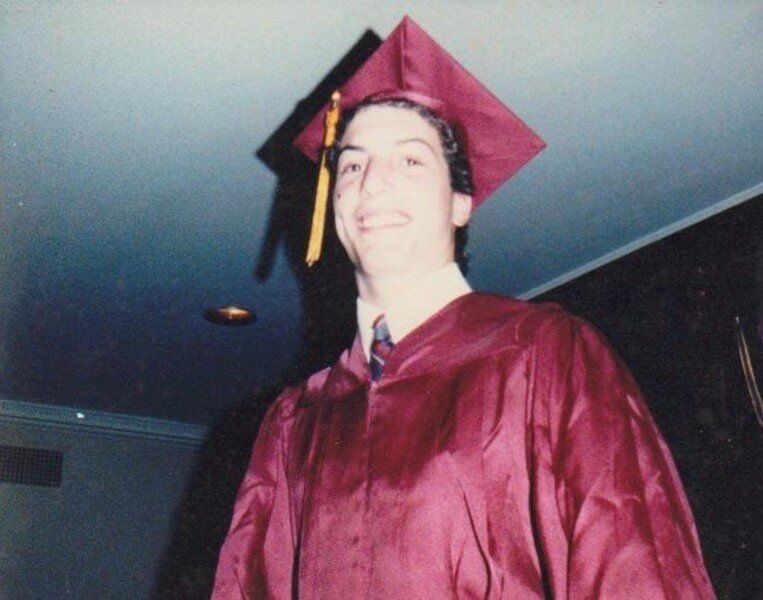 Thomas Pecorelli and his wife, Kia, center, surrounded by family members on their wedding day in 1999.

Thomas Pecorelli at the 72nd annual Academy Awards in 2000.

NEWBURYPORT — Known for his kindness and enduring smile, Thomas Pecorelli left an impression that family, friends and community members still feel strongly, even two decades after his tragic death.

Saturday marks 20 years since the Sept. 11, 2001, terrorist attacks that killed nearly 3,000 people, including Pecorelli, 30, who was on American Airlines Flight 11.

For his mother, Elaine Dyer, Pecorelli was special long before he was even born.

“I don’t believe there is anyone who wanted a son as much as I did,” she wrote in “A Tribute to Thomas Nicholas Pecorelli,” a book on his life.

After her first four children — Natalie, Marie-Elena, Angela and Lisa-Jo — Dyer “accepted the fact there would be no son in our life.”

On Oct. 8, 1970 — unaware of the gender and assuming the baby would be another girl — she had “my miracle, a son.” He had an endearing dimple on the right side of his face.

“With a family of four girls, to welcome a little brother was more than exciting,” said his sister, Angela Wadleigh, who was eight years older than Pecorelli.

“We cherished him from the moment he was born,” she added, explaining how there was never any jealousy over him being the only boy because he was so lovable.

“We certainly watched over him, but in the end, he was the one watching out for us,” Wadleigh said. “All of us. Mom, Dad and his siblings were his life, and he was ours.”

Thomas’ father, Natale Pecorelli, said not a day goes by that he doesn’t think about his son. Likewise, the painful gap left by his passing permeates the rest of the family.

“His sudden death left a hole in our hearts,” sister Lisa-Jo Brightman said, explaining how much she, her husband and children loved him.

“He took care of everyone and never complained,” she said. “He was a true gentleman and set the bar high for others to become half the man he was. I will always love him and hold him dear to my heart.”

When Brightman’s own son, Cory, was brutally murdered in Florida in 2004, she was “grateful Tommy would welcome him over the rainbow.”

“He was my best friend, the best uncle and the best brother,” she said.

Brightman’s daughter, Jessica, remembered her uncle in a 2016 blog post.

“He was the third leg of the tripod of my parents; the coolest adult I knew; the man whose humor I often imitate but could never match; a talented, amazing human that graced this earth for not nearly enough time and that I got to call Uncle Tommy,” she wrote.

Another sister jokes about his predicament as being the only son in the family.

“To say that Tom had it tough growing up would be an understatement,” Marie-Elena Gray said. “Being the only boy and the youngest of four sisters could not have been easy, let me tell you.”

She recalled what a “great listener” and supportive person he was.

“The wonderful part of it all was that if you chose your own path, it was always OK,” she said. “He had no enemies, only friends. He touched the lives of everyone he met. He made everyone feel special.”

Pecorelli was a 1988 graduate of Newburyport High School and well-known for his skills as a videographer. He would go on to become a Fox Sports Networks and E! Entertainment Television cameraman.

He was a student at Rupert A. Nock Middle School when he learned about a new company in Newburyport, American Cable Systems, that was offering to teach students about audio and visual equipment, according to his mother.

She was supportive of this venture.

“Although I didn’t realize it then,” she wrote in her book, “it became his goal in life and the very beginning of his career.”

“He had the highest respect for everyone and was always there for you,” Dyer wrote.

Pecorelli was voted class historian at Newburyport High School, capturing photos and videos of the Class of 1988.

“He was the heart of his class,” said Steve Malenfant, a former teacher at the high school. “He was also the eyes and ears as a videographer.”

He continued, “He was well-loved, well-liked, well-respected and extremely kind.”

Evelyn Mann, a retired Newburyport High music teacher, never had Pecorelli in class, but remembers him fondly from hallway encounters and backstage technical work he did for school musicals.

“He was a good, solid kid,” she said, explaining how she could be struggling with an armload of books or other items in the hallway and he would be the only person to stop and offer a helping hand.

She said the world needs more people like him, calling him a “gem” who cared about everyone he met.

High school classmate Bob Brislin said Pecorelli was “such a positive influence to anyone who knew him” and “could find humor in just about any situation.”

Brislin, along with other family and friends, recalled his love of “Saturday Night Live” and recreating impersonations. For Halloween one year, he dressed up like Gumby, inspired by Eddie Murphy’s recreation of the character.

Mo Morrill, another classmate, considered Pecorelli “a lifelong friend that always seemed to pop up when I needed someone.”

Each year for the 9/11 anniversary, Morrill and others change their social media profile pictures to a photo of Pecorelli, which he says brings them together after such a loss.

“I live my life now by the wise words that we had in conversations in the past, so I always ask myself, ‘What would Tommy do?’” his sister, Angela Wadleigh, said.

“If you can show me one person whose life he did not affect, I would certainly be surprised,” she said. “He certainly left a great impact on my life and I have learned from him, by him, and will always memorialize the man who taught me to be a better human being.”

In addition to countless family and friends, Pecorelli was survived by his wife, Kia, and a son, Nicholas, who was born six months after his death.