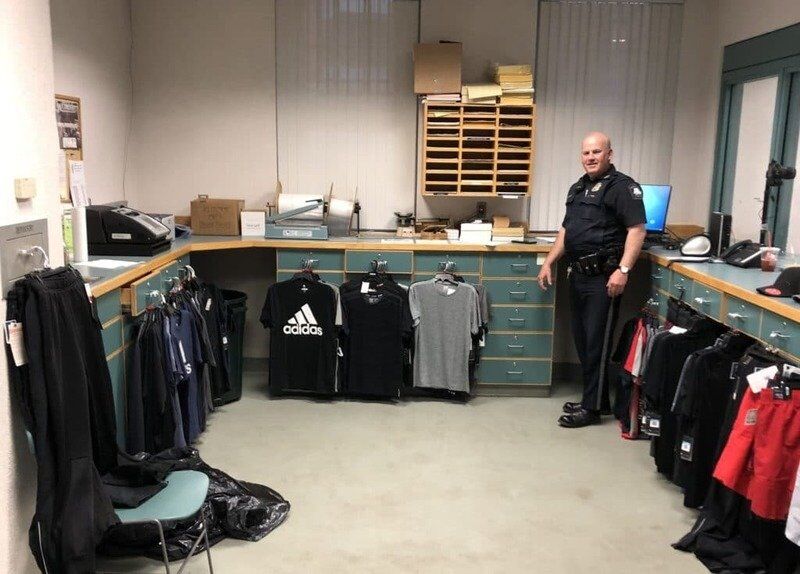 Courtesy photoNewburyport police Officer Michael Wilichoski with some of the $1,600 in clothing stolen from Marshalls by two Haverhill men in masks on Wednesday. 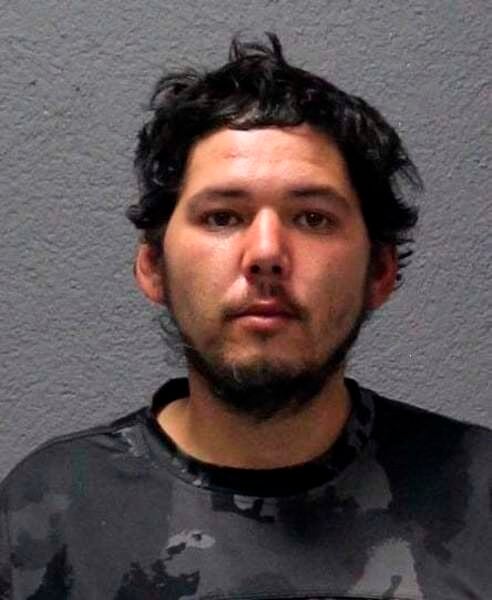 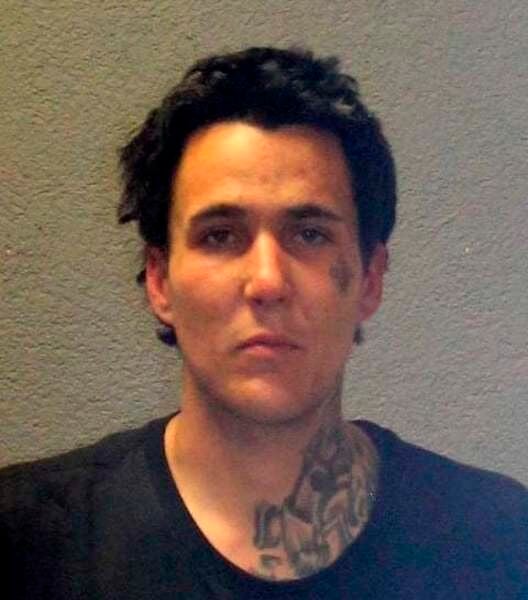 Courtesy photoNewburyport police Officer Michael Wilichoski with some of the $1,600 in clothing stolen from Marshalls by two Haverhill men in masks on Wednesday.

NEWBURYPORT — Two Haverhill men carrying trash bags entered Marshalls in the Market Basket Plaza on Wednesday afternoon and stuffed roughly $1,600 worth of merchandise in them before running out of the store — only to be caught by police a short time later, according to an Essex County prosecutor.

Dennis B. Curley, 31, of How Street and Peter Beebie, 29, of South Porter Street were charged with larceny from a building and conspiracy, and arraigned the next morning in Newburyport District Court.

Judge Peter Doyle ordered them held on $2,500 cash bail on those charges, but because there were warrants for their arrests from another court, they were both held in custody without bail.

Should they post bail and clear up the previous warrants, they were ordered not to step foot in any T.J. Maxx or Marshalls stores.

Curley and Beebie ran to the former Kmart store in the adjacent Port Plaza, where they dropped their bags. They then ran behind the store, according to Newburyport police Officer Michael Wilichoski's report.

"Dispatcher Plouff called Marshalls and spoke with an employee and a manager who confirmed that two men wearing masks entered the store and filled large trash bags with stolen clothing," Wilichoski wrote in his report.

By the time Wilichoski arrived at Kmart, a public transit bus had pulled in front of the former store. The officer went inside and spotted two men who fit the descriptions given to Plouff.

"They had two large trash bags that were full in front of them. I noticed the bags were full of clothing with Marshalls price tags and hangers still attached," Wilichoski wrote in his report.

After Wilichoski, with the help of officers James Allen and Shawn Eaton, arrested the two men, he went to the Marshalls store to speak to employees. A manager there told him that she confronted Curley and Beebie as they were removing clothing from the racks and stuffing them in the trash bags. The manager then said they headed for the exit, according to his report.

Dave Rogers is a staff writer with The Daily News of Newburyport. Email him at: drogers@newburyportnews.com. Follow him on Twitter @drogers41008.