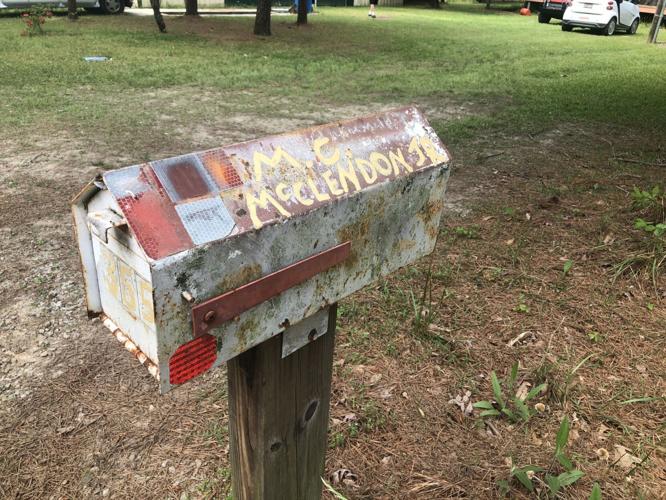 A worn mailbox sits outside Marvin “Skip” McClendon Jr.’s house at the end of a gravel road in Bremen, Alabama. 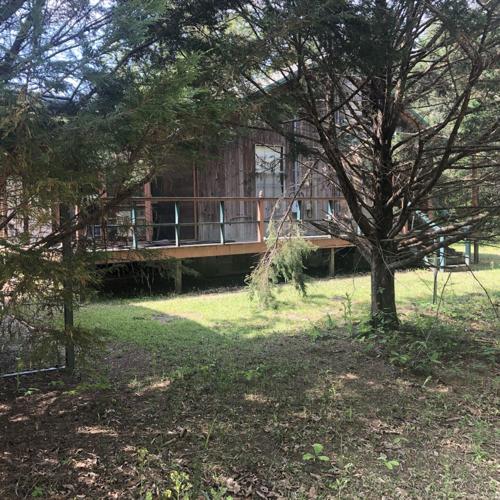 A view from the gravel road of Marvin “Skip” McClendon Jr’s house in Bremen, Alabama. A relative said he built the house and a metal barn behind it by himself. 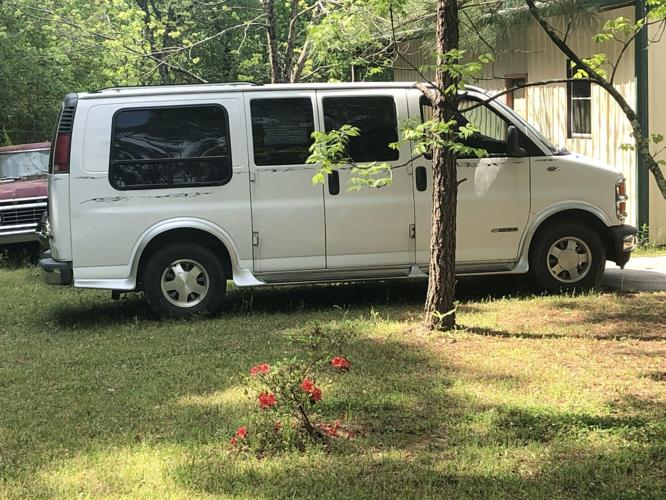 A flowering bush is planted in the yard of Marvin “Skip” McClendon Jr. in Bremen, Alabama. Numerous vehicles were parked in his yard, including this van. 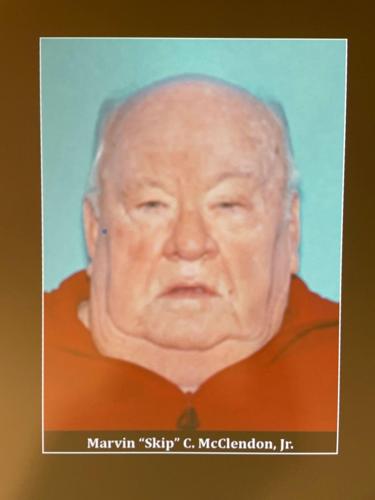 The narrow gravel thoroughfare, worn through what was once a cotton field, ends at the home of a former Massachusetts man now accused of being a child murderer.

Handwritten in yellow paint on a weathered and rusted mailbox with reflectors affixed to it is the name, “M.C. McClendon Jr.”

A small, wood-framed house with a porch stands in front of a much-larger metal barn on McClendon’s property. A variety of vehicles — a Lincoln Town Car, vintage Chevy El Camino, white van, four-wheel off roader, full-size pickup trucks — are parked in the yard. Small, pink flowers have blossomed on a single bush.

“It’s been the biggest shock ever in my life. I’ve known him since I can remember,” said the suspect’s brother-in-law, Dan Greenwood. He was at McClendon’s Bremen home Friday morning cleaning out the refrigerator and cupboards “since it looks like he won’t be home for a while.”

McClendon, then a 41-year-old carpenter affiliated with a Lawrence church, is accused of stabbing the girl to death. Her body was found on the railroad tracks at the Boston & Maine freight terminal near Andover Street and South Broadway a day after she was reported missing Sept. 12, 1988.

The case went unsolved for more than 33 years, until McClendon was taken into custody some 1,200 miles away in Bremen, located in Cullman County, Alabama.

Bremen, with a population of roughly 3,500, is an unincorporated area — meaning it’s not officially a municipality — located 42 miles north of the city of Birmingham.

The area is marked by sprawling fields and homes of all kinds built miles apart along roads like the ones leading to McClendon’s property. Smith Lake, a reservoir and the deepest lake in Alabama, is nearby generating road-side advertising signs from a variety of realty companies.

While he went to high school in Massachusetts and married one of his wives in Pelham, New Hampshire, relatives said McClendon has lived in Alabama for decades.

And if he is a killer, those living closest to him say they never suspected it.

On Friday morning, while Greenwood, 74, spoke with a reporter in the yard, his wife emerged from McClendon’s home, dropping a full white garbage bag over a porch railing.

“We know as much as was in the newspaper,” she shouted. Then, she went back into the house.

Greenwood said he and McClendon have been friends since they attended Tewksbury High School together in Massachusetts. McClendon graduated in 1965 and Greenwood followed in 1966. He went into the Army and McClendon served four years in the Air Force, he said.

McClendon would later work at various times for the Massachusetts Department of Correction until 2002.

After McClendon was taken into custody on Tuesday night, Greenwood said investigators called his wife and asked if she could bring his medications to the county jail. The suspect suffers from diabetes and heart disease, he said.

When they delivered the prescriptions, they hoped to see McClendon in person but were not allowed.

“We haven’t been able to talk to him,” Greenwood said. “My wife is devastated.”

The Greenwoods built a large house up the street at the start of the county road.

The property, consisting of some 80 acres, was originally purchased by one of his wife’s relatives “who walked from Georgia to Alabama behind a wagon,” Greenwood said.

The area was initially cleared with “saws and a mule,” then divided up eight ways and bequeathed in 10-acre parcels to various family members, he said.

Greenwood said McClendon would sometimes “come up once in while” to his house, such as for Christmas. and while they may have been closer at times in the past, he described McClendon as “a good friend.”

“He kind of had his life and I had mine,” Greenwood said. “I’ll be honest with you. I have had my arguments with him, but if you needed help he’d help you.”

“I guess he doesn’t like to wear a seatbelt,” a Cullman County clerk noted after researching and handing over McClendon’s criminal record in Alabama.

The records show McClendon had numerous violations for not doing so from 2007 to 2016.

But each time, McClendon, listed in court records as 6 feet tall, 280 pounds, with blue eyes and gray hair, pleaded guilty and paid an array of fines.

He listed the reasons for divorce as “incompatibility of temperament between my wife and myself that we can no longer live together in peace and harmony,” irreconcilable differences and abandonment.

The papers say the couple had children, but relatives in Alabama said he is estranged from them.

In 2014, McClendon filed for divorce again in Cullman County. He and his wife, Charmaine, were married Nov. 23, 2005, in Cullman County and the records indicate they lived at his home on County Road 70.

In that divorce agreement, which is handwritten on lined paper, the couple agreed to the split “because of arguing.”

“It is not in our best interest to remain married,” according to the paperwork.

The decree states he and Charmaine had not lived together for four years prior to filing for divorce. They asked the court to grant the divorce “so we can get on with our lives.”

McClendon’s father, Marvin Carton McClendon, died in Alabama on Oct. 12, 2014 at the age of 88, according to an obituary posted by the Hanceville Funeral Home.

Hanceville is also located in Cullman County. His father’s wake and funeral were held in Bremen down the road at the Cold Springs Baptist Church.

After his arrest last week, McClendon was taken to the Cullman County Detention Center, a large, round building attached to the Sheriff’s Department.

The jail has a 236-inmate capacity with a design that “includes doors and windows on the cells instead of bars, making it more comfortable for inmates, and easier for Cullman County Detention Center staff to maintain and manage,” according to the Cullman County Sheriff’s Department website.

McClendon waived rendition and is not fighting his return to Massachusetts to face criminal arraignment for murder. While expected in the near future, it’s unclear when those proceedings in Essex County, Massachusetts will take place. Greater detail on how McClendon was linked to the cold-case murder is expected to be released at that time, authorities said.

In Bremen, another one of McClendon’s relatives who lives in the immediate area described him bluntly as “not a nice man.”

One relative said he yelled at area children if they were being loud or horsing around and making a ruckus on four wheelers.

Family members said they didn’t think he was employed but lived off a combination of retirement pay and Social Security payments.

“We just avoided him,” a relative who asked not to be identified said.

Greenwood stressed if his brother-in-law is guilty he “should pay” for the crime.

However, he noted few details about the implications against him or the evidence that led to the arrest have been revealed.

“The whole thing has to play out,” Greenwood said. “This is a shock.”