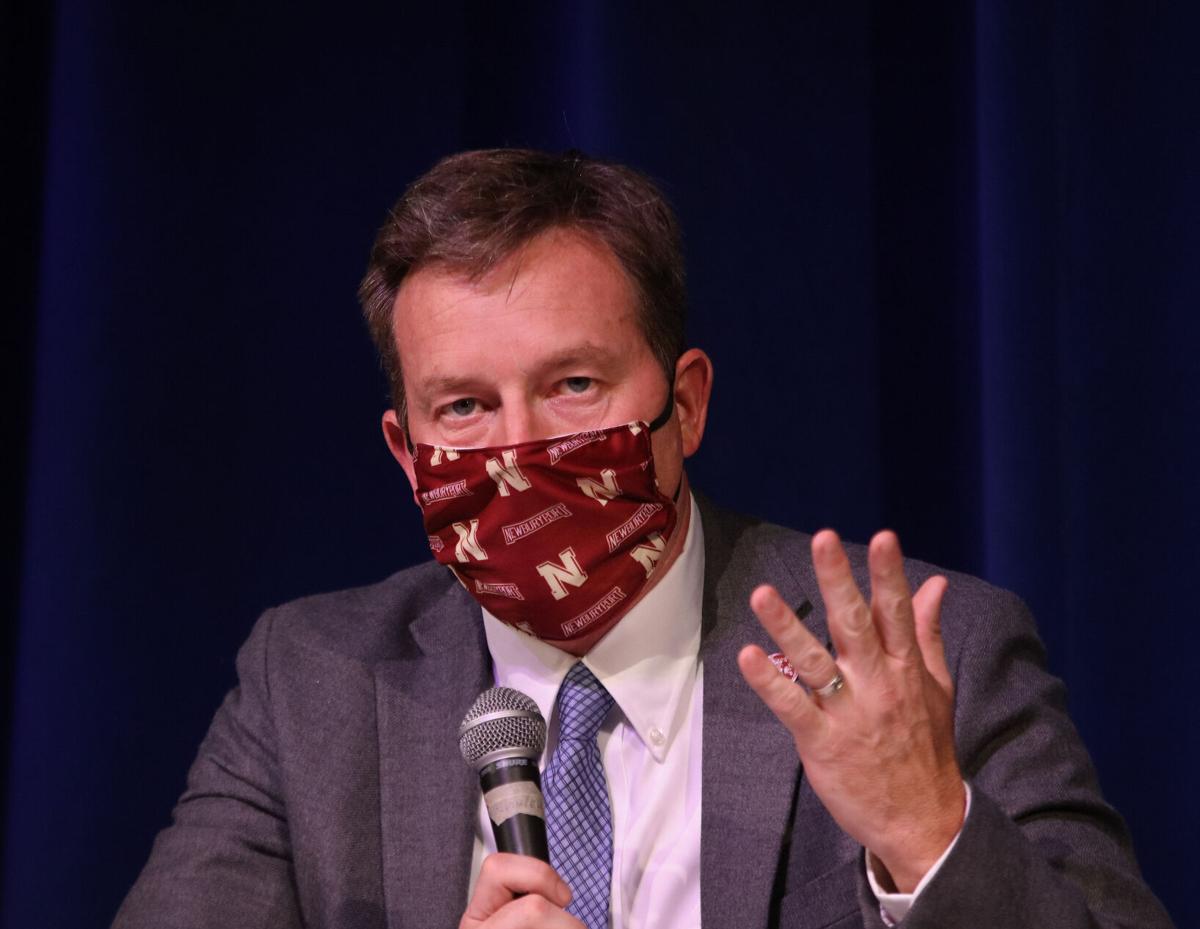 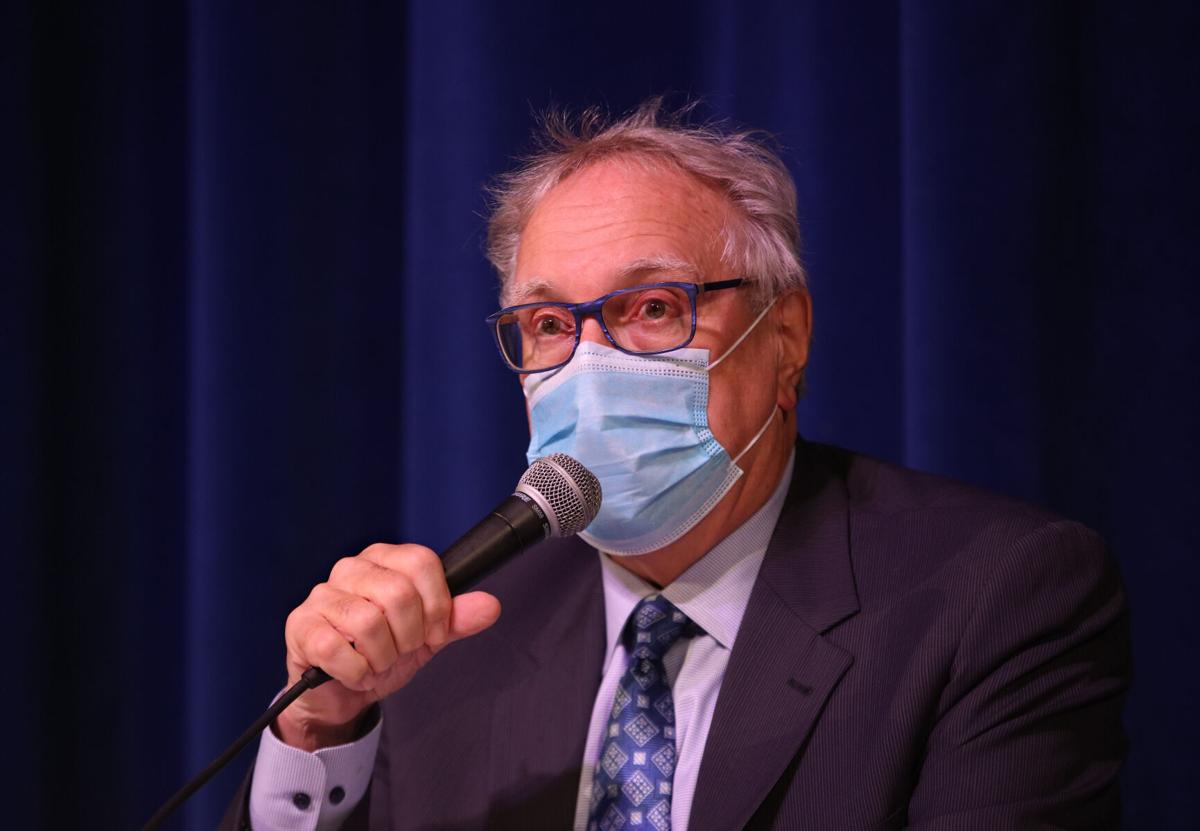 At-large City Councilor Charlie Tontar and School Committee member Sean Reardon will both appear on the ballot Nov. 2 to succeed Mayor Donna Holaday for a four-year term. Both candidates appeared on stage in the Nock Middle School auditorium for the forum, which was sponsored by The Daily News and moderated by editor Richard K. Lodge.

“Bad process leads to bad outcomes,” Reardon said. “We have seen this across the city. Not just with (Newburyport Youth Services) but with a number of issues. I know that we can do better.”

Tontar said the city is the beneficiary of work done by residents 50 years ago to make sure it would not go the way of strip malls and shopping centers.

A recent inspection found that the heating system at the former Brown School can no longer be used, leaving Newburyport Youth Services without a home for the immediate future.

In February, Tontar voted to purchase the former Massachusetts National Guard property at 57 Low St. to serve as the new home for Youth Services.

Tontar reiterated his support for the Low Street property’s purchase Thursday night and said he was not quite sure he could say the city mishandled the issue.

“It would have required, say seven or eight years ago, borrowing money to go there,” Tontar said. “Back then, we had just bonded out for the water treatment facility, the wastewater facility. We had bonded out to build the Bresnahan School and the Senior Center. Seven years ago, there wasn’t an appetite for borrowing money at that point.”

Reardon quickly shot back at Tontar.

“To say we didn’t absolutely drop the ball is just missing the whole story,” Reardon said. “What happened with the 57 Low St. purchase has nothing to do with what is happening now with Youth Services. We were still years away, even if we had purchased that building years ago, which I supported, to getting a new center for Youth Services. The failure is that we didn’t have a backup plan.”

Studies have indicated that flooding of waterfront communities will increase over the next 29 years.

Reardon said he is not in favor of infringing on homeowners’ property rights when it comes to flooding mitigation.

“I am really concerned about Plum Island and Reservation Terrace,” Reardon said. “They are in a really tough spot. They are scared every day. But what they are dealing with is a human-made problem. The Army Corps of Engineers redid the jetty out on Plum Island. The sand can’t pass through and hundreds of yards of sand have been disappearing for the last five years. So that is a human-made problem that I think we need to help and be there for our residents. I am more in favor of adapting rather than retreating and I think the mayor needs to be at the front of that.”

Tontar said he believes climate change is “an immediate problem” and he would prioritize protection of the city’s water supply from any potential algal blooms.

“I’m not so worried about the waterfront,” Tontar said. “We have FEMA and Chapter 91 rules in terms of Waterfront West. Out on Plum Island, absolutely, I will do everything as mayor to protect Reservation Terrace in particular.”

Streets and sidewalks are the most underfunded need in the city, according to Reardon.

“This is an issue that is affecting every ward in town. It’s just because it has not been a priority over the past seven or eight years,” Reardon said. “There hasn’t been a plan in place. We have just been using the funds that are given to us through our meals tax and Chapter 90. But it needs to be a priority.”

Tontar responded that he believes the city has the correct priorities.

“We have built the new Bresnahan School, the Senior Center,” Tontar said. “Ten years ago, we spent over $60 million on a wastewater treatment facility and a water treatment facility. The taxpayers got hit pretty hard, both in water and sewer bills, and also with an override in their tax bills. So I think we had our priorities right and yeah, something got left behind. Streets and sidewalks were given a lower priority. Because we set higher priorities.”

Tontar added that the city could have a great opportunity ahead of it if Congress passes the proposed infrastructure bill.

“Every community has deferred capital on streets and sidewalks,” Tontar said. “There is going to be a phenomenal opportunity to jump on this and I am ready to jump on it.”