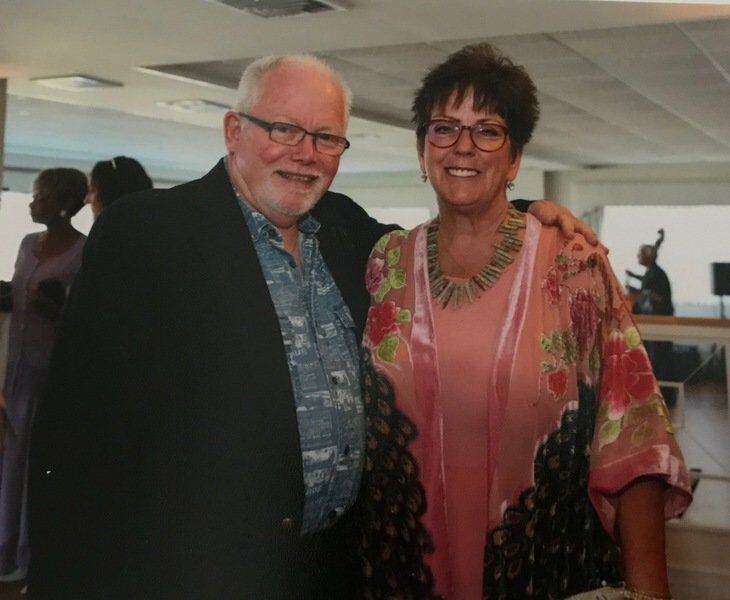 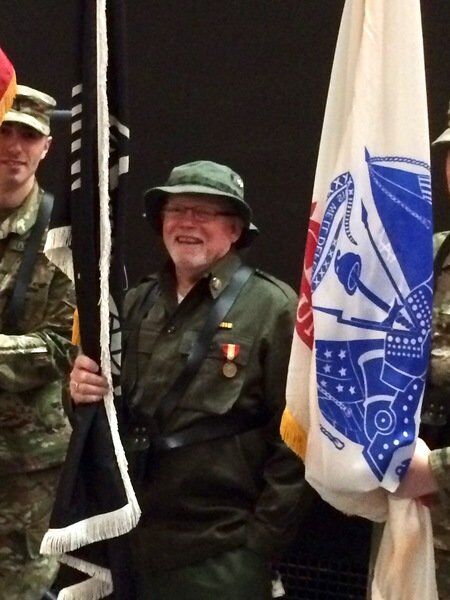 Courtesy photo/Brenda LeahyDaniel Leahy as a member of the Army color guard.

Courtesy photo/Brenda LeahyDaniel Leahy as a member of the Army color guard.

GLOUCESTER — When the first plane hit the World Trade Center in September 2001, Daniel Leahy was in his boss’s office on the 74th floor of the North Tower.

At the time, Brenda said, they didn’t know what had happened. Leahy just knew that he had to move fast.

Making their way down the stairwell that infamous day, Leahy and his boss passed people in wheelchairs who were unable to go down the stairs and unable to use the elevators.

Leahy’s first response was how to get those people out of the building.

As he tried to think of a way to help them down, others assured him “not to worry, that firemen were coming for them,” Brenda Leahy said.

A few hours later, as he watched the towers fall, Leahy knew there was a chance neither the people he saw nor the first responders made it out in time.

“That is something that he took to his grave on August 24,” his wife said.

Daniel R. Leahy, 71, of Gloucester — a man who, as Brenda Leahy puts it, cared deeply for the well-being of others — died of complications from surgery on Aug. 24.

While his life was cut short this summer, Leahy lived a lifetime of service.

He was born in Englewood, New Jersey, on Jan. 14, 1949, and graduated from Saddle Brook High School. He was drafted during the Vietnam War to serve as a medic in Da Nang.

Following his time in the military, Leahy became an electrical designer and draftsman for the Port Authority of NY/NJ, where he was at the World Trade Center for both the 1993 bombing and terrorist attack of Sept. 11, 2001.

Having vacationed for years in Gloucester — enjoying the close-knit community and sandy shores with their children — the Leahys moved to the seaside city.

During the nine years Leahy lived in Gloucester, his heart was set on service, as he became heavily involved in Gloucester Elks 892, Cape Ann Veterans, VFW, and American Legion.

Among his various commitments across Cape Ann, Leahy considered his clients through SeniorCare’s Meals on Wheels program to be a part of his family.

“He loved it,” Brenda Leahy said, explaining that for five years her husband would drive meals to the city’s elderly population.

“He loved his clients; each one was dear to him,” she added.

She recounted times in which Leahy would do more than just bring his clients food, noting a particular incident where he mowed a woman’s lawn because her hired landscaper never showed up.

“He took it on as if these people were his family members,” Brenda Leahy said. “He wanted to help everybody.”.

While Leahy was at the hospital near the end of his life, Brenda would sing “Danny Boy” everyday before she left.

On Aug. 24, Brenda was singing that same song to her beloved husband when he passed.

“He will always be in my heart,” she said. “We not only loved each other, we really really liked each other. We had a great friendship.”

Taylor Ann Bradford can be reached at 978-675-2705 or tbradford@newburyportnews.com.