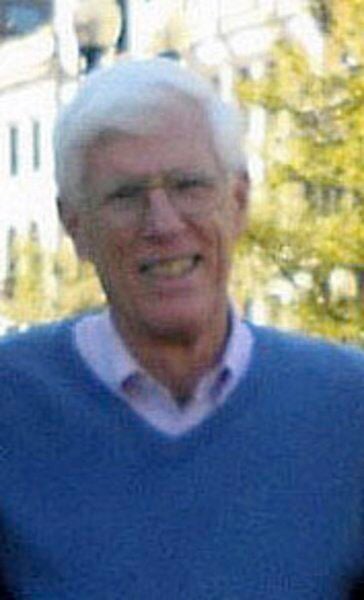 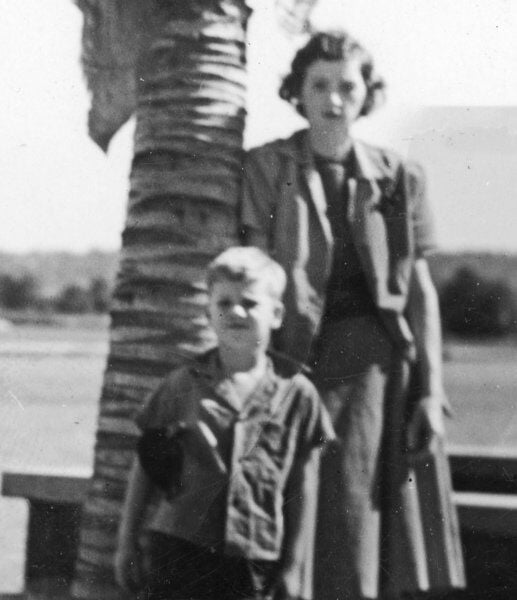 Courtesy photoSkip Motes and his mother, Bettie, in 1941 at the Ala Wai Canal in Honolulu, Hawaii.

Courtesy photoSkip Motes and his mother, Bettie, in 1941 at the Ala Wai Canal in Honolulu, Hawaii.

These are memories of the Dec. 7, 1941, Japanese attack on Pearl Harbor — not those of a veteran, but of a 5-year-old living in Honolulu, the son of Jesse H. Motes Jr., a Navy lieutenant and gunnery officer serving on a destroyer in Pearl Harbor.

A Naval Academy graduate, Class of 1931, and raised on a South Carolina farm, he married my mother, Elizabeth “Bettie” Lewis, a tall, auburn-haired romantic from Louisiana, in 1933. He was ordered to the USS Craven (DD-382) in April 1941 and left San Diego for Pearl Harbor.

My mother and I followed in May on the SS Matsonia from Los Angles to Honolulu. She departed with colorful paper streamers; on arrival, we received leis of carnations. My parents rented an apartment on Niu Street in Honolulu overlooking the Ala Wai Canal, close to Waikiki Beach, 11 miles from Pearl Harbor.

I was out playing with neighborhood kids early on the morning of Dec. 7. Dense patches of black smoke filled the sky with distant thunder-like rumbles. It wasn’t “target practice.” It was the second wave of Japanese planes bombing Pearl Harbor. My mother soon drove up ordering me into the car. “Be quiet,” she said driving back to our apartment.

My father had departed Nov. 28 on the Craven in a task force of destroyers and heavy cruisers escorting the carrier USS Enterprise transporting planes to Wake Island, with a Dec. 6th return to Pearl. Bad weather delayed that to Dec. 8. My mother had no knowledge of that. She did not know where he was. Had they encountered the Japanese fleet? She was distraught, helpless.

There was no source of news. The local radio station signed off playing "The Star-Spangled Banner" after announcing the attack, but nothing more. There was fear and uncertainty; the Japanese Pacific victories were widespread. They might invade. The next morning, the park across the canal was filled with old cars; the Japanese may land by glider.

My mother learned early the next day that my father was safe, returning that evening. She telegraphed her sister in Boston, saying simply, “Everyone OK.” He was with us just a few hours. Overnight, the task force was resupplied, putting back to sea.

My mother and I were evacuated Jan. 15, 1942, on the Pan American China Clipper flying boat SS Honolulu. I remember boarding dockside with 20 adults and 10 children, all under the age of 6. Families signed and exchanged dollar bills called “short snorters.” Mattresses were provided for the children for the 20-hour flight to San Francisco.

My mother and I next left by train, first to her hometown in Louisiana where her mother, Essie, joined us, then to Boston, joined by her sister, June, a Navy wife, and her young son Mickey. Then, we went to our final destination, the Motes' farm in Mountville, S.C. We stayed three months, my mother arranging our move to San Diego.

My father was in the South Pacific conflict 40 months, from Pearl Harbor to the occupation of Japan, returning home briefly two times. He retired in 1960 as captain, earning a Legion of Merit, two Bronze Stars, the Combat Achievement Ribbon and 10 campaign medals.

Pearl Harbor and the war years took a toll on my mother, a devoted Navy wife, a chain smoker and a cocktail hour devotee. She died of cancer at the age of 64 in 1976.

The uncertainty of Pearl Harbor stayed deep within me, reoccurring on 9/11: the North Tower, the South Tower, the Pentagon, the field in Pennsylvania. Like Pearl Harbor, not knowing what was next.

Skip Motes is a 25-year Newburyport resident. He has received national and local awards for historical research and writing.