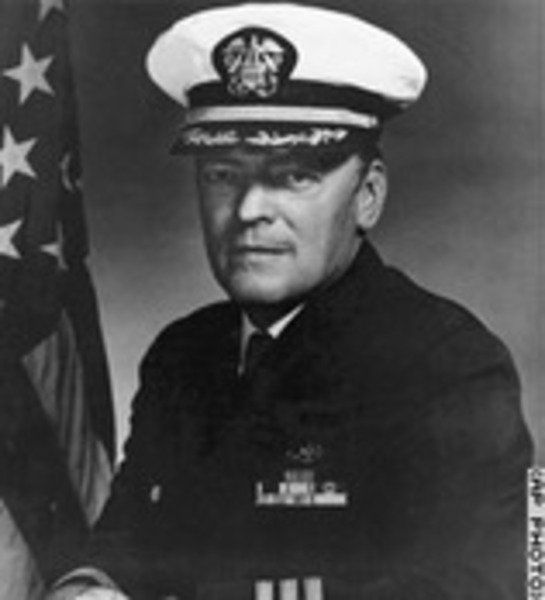 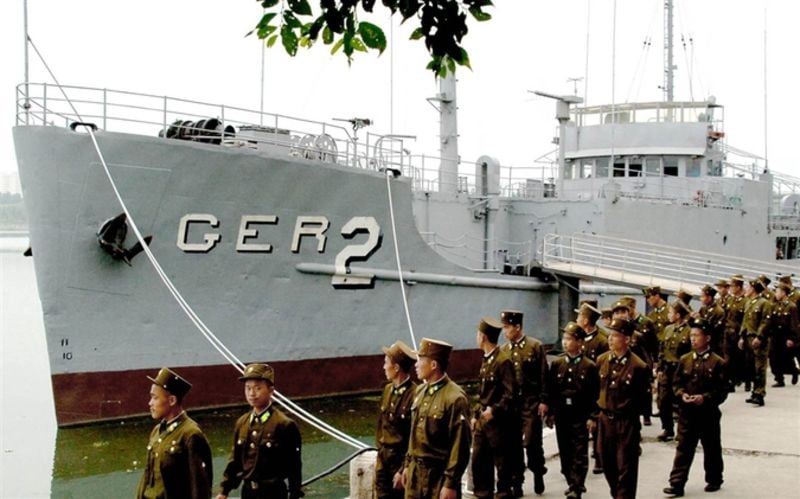 North Korean soldiers look at the USS Pueblo near the Taedonggang river in Pyongyang in 2006.

North Korean soldiers look at the USS Pueblo near the Taedonggang river in Pyongyang in 2006.

The winter of 1968 was a very bad time for the United States. The My Lai massacre. The Battle of Khe Sanh. The Tet Offensive. The individual executed by a South Vietnamese soldier and the photograph of the killing flashed around the world.

Amid all that, North Korea seized an American spy ship, the USS Pueblo. If you are old enough to remember where you were when you first heard “Hey Jude” or if you actually know the words to “Love Is Blue,” then you do not have to be told the significance of the loss of the Pueblo. You also do not have to go to wikipedia.com to identify Lloyd M. Bucher.

Bucher, who died nine years ago, was the captain of the Pueblo, which was no prize, except to the North Koreans, adept then as now in transforming the symbolic into the dramatic. There were demands for the court martial of Bucher, who, against maritime doctrine, gave up the ship, though the Navy finally acknowledged the captain might have been more canny than cowardly.

In retrospect, we now see that while the seizure of the Pueblo was mortifying and maybe avoidable, Bucher did assure that a relatively minor incident didn’t become the War of Jenkins’ Ear of 1968, when the United States had bigger worries, like keeping the country from falling apart in a year that would soon include two assassinations, violence at a national political convention, a series of urban riots and the withdrawal of a president from his re-election campaign.

In this year of 50th anniversaries of all things 1963 — we are only weeks away from the commemoration of the March on Washington led by Martin Luther King Jr., the first of the 1968 assassination victims — it may seem premature to linger on events of 1968. They will have their commemorations in five years.

Indeed, we are examining 1968 and the seizure of the Pueblo only because of another anniversary — the 60 years that have passed since the signing of the armistice that ended the most forgotten of American wars, the Korean conflict. President Barack Obama had the good grace the other day to offer a crisp little commemoration, saying that the veterans of that war “deserve better,” which they did and do.

But in Pyongyang, where a fantasy-eyed 29-year-old ruler is outdoing his progenitors in the ludicrous, the festivities were more lavish, the rhetoric more ridiculous and the ballistic missiles planted on mobile launchers more menacing.

That 60-year commemoration was extended a few days last weekend when the North Koreans unveiled the ship, smartly freshened with a new coat of paint for a new star turn on the global stage. It’s the centerpiece of the country’s Victorious Fatherland Liberation War Museum, though tourism in North Korea, until now focused on the straw-thatched cottage where the country’s founder was born, is as fanciful a notion as the ideology of Kim Jong-un.

Unspoken is the torture endured by the men of the Pueblo. They thought they were going to be shot at dawn the day after they reached land. One remembered an interrogator clicking a gun at his head. Another never recovered from the frantic kicking he received.

“When we had fresh guards, they were apprehensive of us, but as they understood us better, they became more brutal,” Donald R. Peppard, a former cryptologic technician, recalled in a telephone conversation last week.

“They were brutal because they could (be) — and this was an entire country that believes the United States is the most evil nation on Earth,” said Peppard, 76, who retired from the Navy in 1977 and now heads the Pueblo Veterans Association.

It is fitting that the crew of a ship captured around the time President Lyndon B. Johnson signed an order requiring all federal computers to support ASCII character encoding has its own website. In its very first paragraph, the site points out that the United States has never retaliated for the seizure of the ship, a fact that “guarantees the Pueblo’s place in history as a watershed event in our nation’s conscience.”

That is true. The men of the Pueblo — one died in the incident, far fewer than the 34 who perished on the USS Liberty, attacked by the Israelis seven months earlier — eventually were given medals as prisoners of war. That was only after they suffered 335 days of captivity and a daunting diet that consisted mostly of turnips. A band played “The Lonely Bull” and Gov. Ronald Reagan of California greeted the crew members when they returned.

So did a naval court of inquiry. In what columnist James Reston described at the time as “a medieval trial, which exposed his agony and broke his spirit,” Bucher was charged with failing to resist the intruders, for allowing the North Koreans to search his ship, for insufficiently destroying classified information and with following his North Korean captors into port, among other departures from naval law and custom. Secretary of the Navy John H. Chafee, later a distinguished Republican senator from Rhode Island, dismissed the charges, noting that the crew had been abused and tortured.

“I am convinced,” Chafee said, “that neither individual discipline, nor the state of discipline or morale in the Navy, nor any other interest requires further legal proceedings with respect to any personnel involved in the Pueblo incident.”

Chafee, who died in 1999, believed the men of the Pueblo had suffered enough. Some are still suffering.

The 67 who remain alive would like to see the ship — the only commissioned Navy vehicle in captivity — back home, maybe in San Diego, maybe in Pueblo, Colo., the city and county for which the onetime light-cargo ship was named in 1944.

At the time, the Pueblo incident revived ancient debates about duty and responsibility, about the naval traditions that were tested and defied in this episode, about the burden of giving orders and the difficulty of carrying them out. Today, the Pueblo incident stirs ancient debates about war and remembrance. Sadly, we know plenty about war, but not terribly much about remembrance.