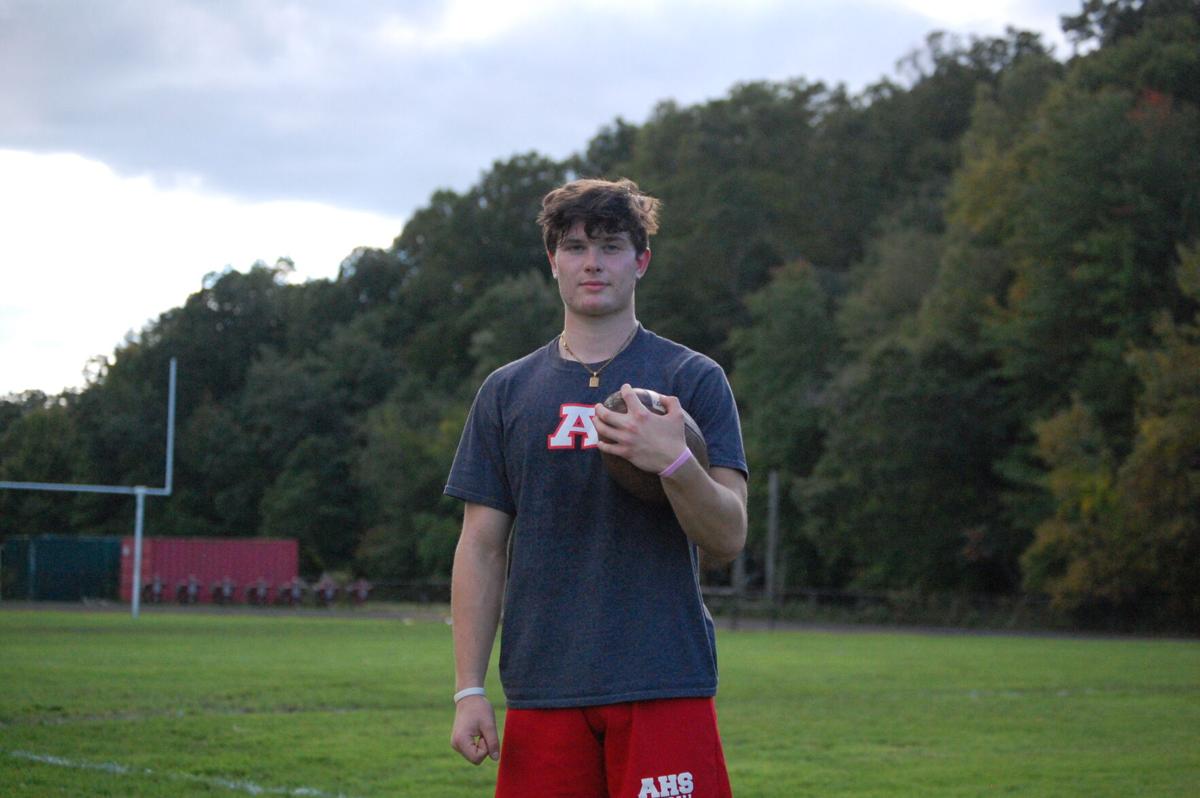 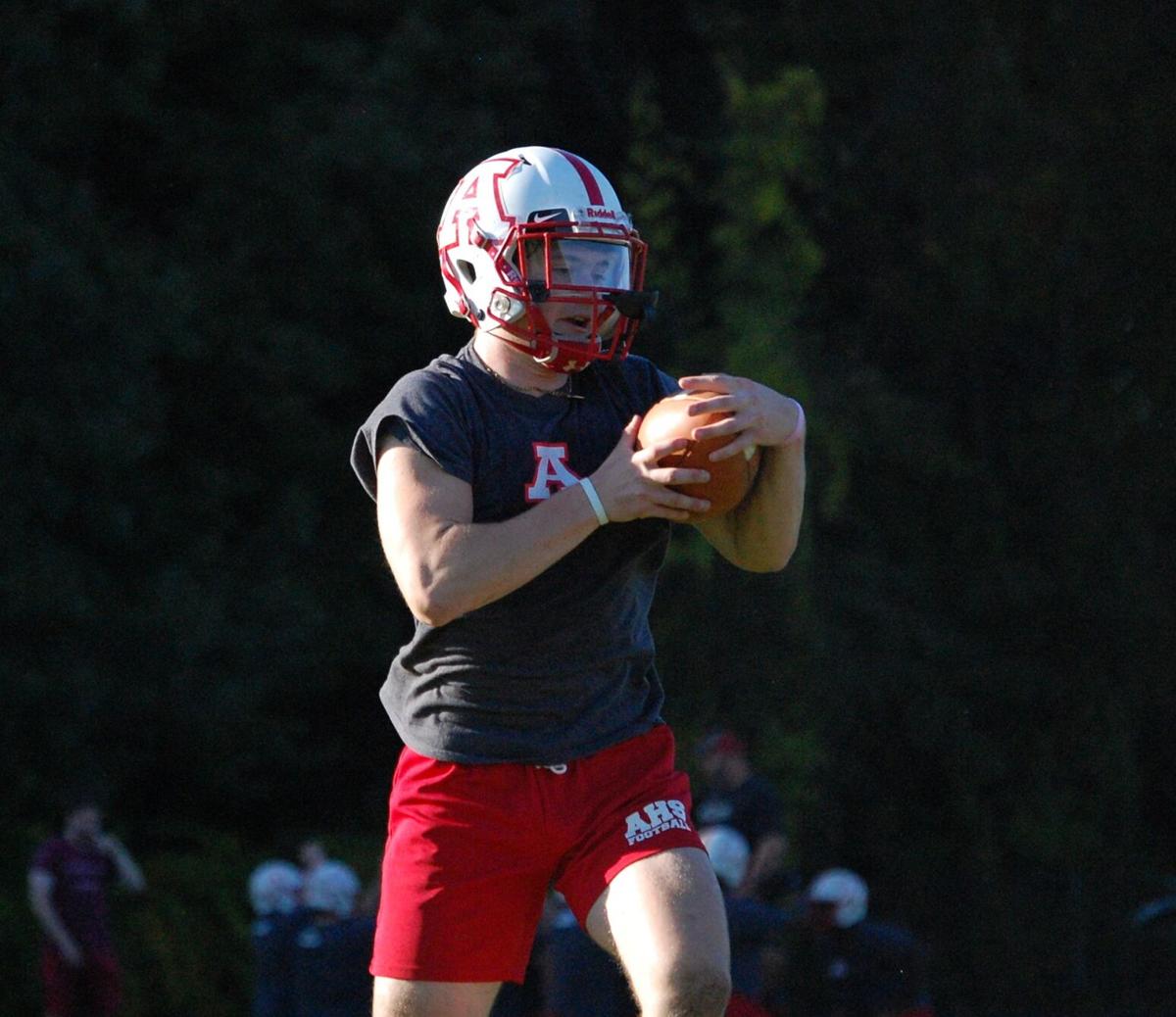 Amesbury’s Henry O’Neill catches a pass during warm-ups at Thursday’s practice. The junior has become a vocal leader for the Indians on both sides of the ball. 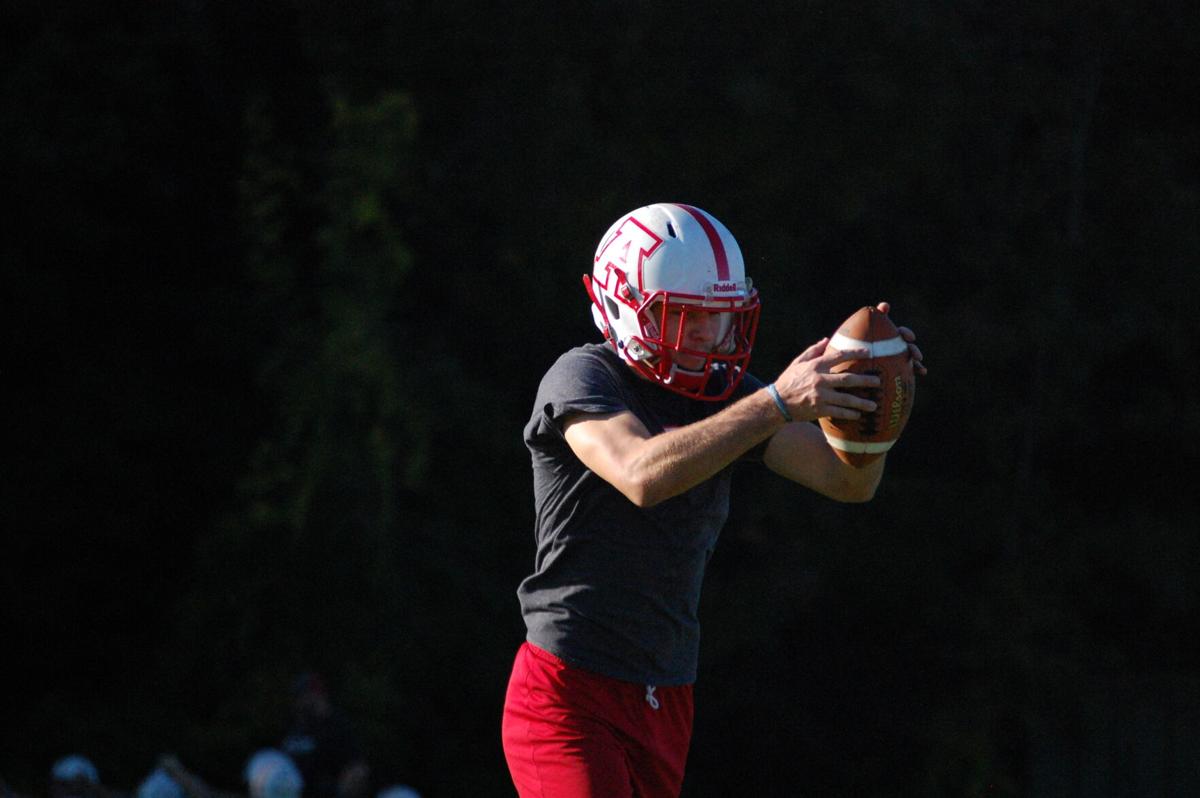 Henry O'Neill has transitioned into a leader both offensively and defensively this fall for Amesbury.

Amesbury’s Henry O’Neill catches a pass during warm-ups at Thursday’s practice. The junior has become a vocal leader for the Indians on both sides of the ball.

Henry O'Neill has transitioned into a leader both offensively and defensively this fall for Amesbury.

There was a moment during last Friday's game against Triton when Amesbury's Henry O'Neill got the carry at the 2-yard-line, made a slick cut, barreled through a defender and waltzed into the end zone for a score.

For that brief moment, Henry O'Neill looked like Derrick Henry out there.

But by all accounts, it was an all-encompassing run that, for the Indians' coaching staff, showed exactly what type of player O'Neill is.

"It was incredible," said Amesbury coach Colin McQueen. "The balance, the toughness and the strength on that play was awesome. But, I mean, he puts up more in the squat rack than anyone on the team, and I think that shows in the type of power he has through contact."

Just a junior, O'Neill has blossomed into one of the Cape Ann League's top running backs this fall. Through just three games, he's currently second in the Daily News area with a team-high 228 rushing yards on 41 carries (5.6 per rush), and he's added a pair of touchdowns. He's led the four-headed monster in Amesbury's run-heavy attack with fellow backs Nick Marden, Shea Cucinotta and Luke Arsenault.

But it's not just all power with O'Neill.

Juxtapose that run against Triton with his other touchdown this fall in the Indians' season-opener against Wayland. With the game in the balance, O'Neill took a 4th-and-2 handoff, bounced to the outside and flat-out outran the Wayland safeties for a go-ahead 24-yard TD late in the fourth quarter.

"For me, I just tried to work on getting bigger, gaining as much weight as I possibly could," said O'Neill, who also plays basketball and runs track for the Indians. "I'm always trying to get faster, working on both my physical and mental game so I feel more comfortable out there during an actual game.

"I gained about 10 pounds between sophomore year and this year."

The growth from sophomore to junior year has been massive, but it's even more impressive when you find out that O'Neill missed his entire freshman season of development with an eye injury.

And in a smaller program like Amesbury -- where opportunities to play are more frequent -- that can't be understated.

"My freshman year, we were camping with some of my friends and I got hit in the eye with a rock that was thrown," recalled O'Neill. "It sounds stupid, but it happened, and it was actually a lot more serious than I thought it was. I had a case of glaucoma, and they said I could have went blind for a little bit. I had to sit in an upright chair for a week, I couldn't do anything.

"So I came back late October with no contact or anything. I was kind of just sitting on the sidelines and learning the best I could.

"It was a freak accident, but I definitely learned from it. It definitely taught me to not take things for granted."

But O'Neill has more than made up for the lost time.

He only got 10 carries during the five-game Fall 2 season, but stood out on defense as a rotational safety on a senior-laden team. That has continued into this fall, as O'Neill is the team's signal-caller on defense along with being one of their top offensive weapons.

It's still early, but O'Neill has plans to try and continue to play at the next level in a couple year's time.

With O'Neill leading the way, Amesbury (2-1) is moving in a positive direction heading into Friday night's game at winless Ipswich (6:30 p.m.). A week later, however, currently-undefeated North Reading comes to town.

But O'Neill and the Indians aren't looking ahead.

"I just like the sense of comradery with all of the guys," said O'Neill. "It's just one big team, it's like a family, and I love how football is not really an individual sport.

"If you want to win, you really do have to work as a team. There's no individual success to it."

Amesbury (2-1) at Ipswich (0-4): The Tigers lost 22 seniors from their undefeated Fall 2 team and haven't been too competitive in two CAL games -- albeit tough games -- this fall against Lynnfield and North Reading. The Indians, on the other hand, are inches away from potentially being 3-0.

North Reading (4-0) at Triton (1-2): I really want to pick the upset here. To their credit, obviously, the Hornets have beaten everyone they've faced, but two of those wins are against CAC opponents and another is against a rebuilding Ipswich team. The Vikings, on the other hand, have let two leads slip away, but put together an impressive two-minute-drill, fourth-quarter drive for their only win. Can the Vikings finish?

*Newburyport (3-1) at Pentucket (3-1): The Daily News Game of the Week! You've got to love the way Pentucket has played this fall under QB Chase Dwight, surprising everyone with where they are after a winless Fall 2 season. But the Clippers are winners of three straight, and QB Finn Sullivan has been unstoppable.

Georgetown (1-3) at Minuteman: Tough facing a talented KIPP Academy program two weeks ago followed by Lynn Tech last week. The Royals have the offense to get back on track though. How will Jack Lucido follow up his 14-catch, 305-yard, 3-TD performance?

Wiscasset - Dick was raised in...