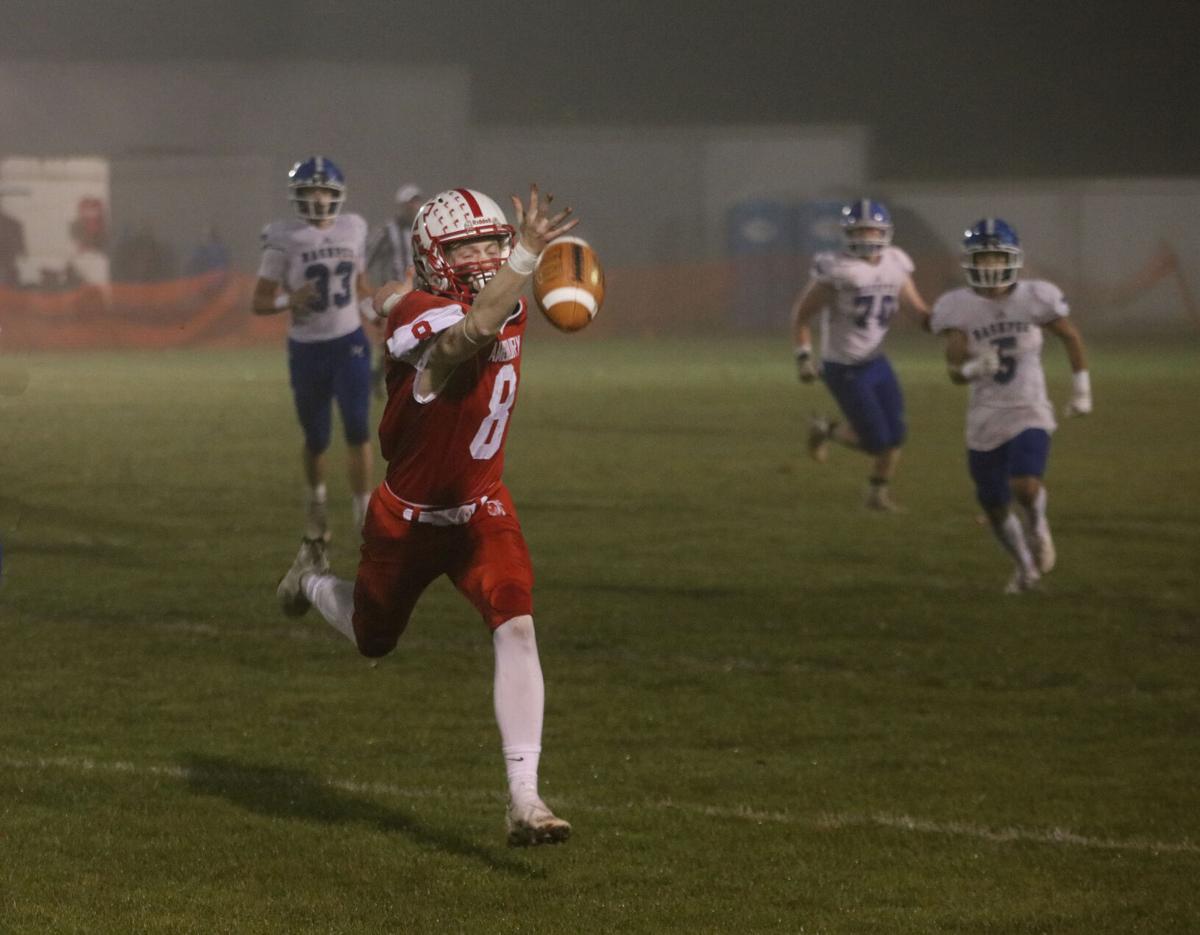 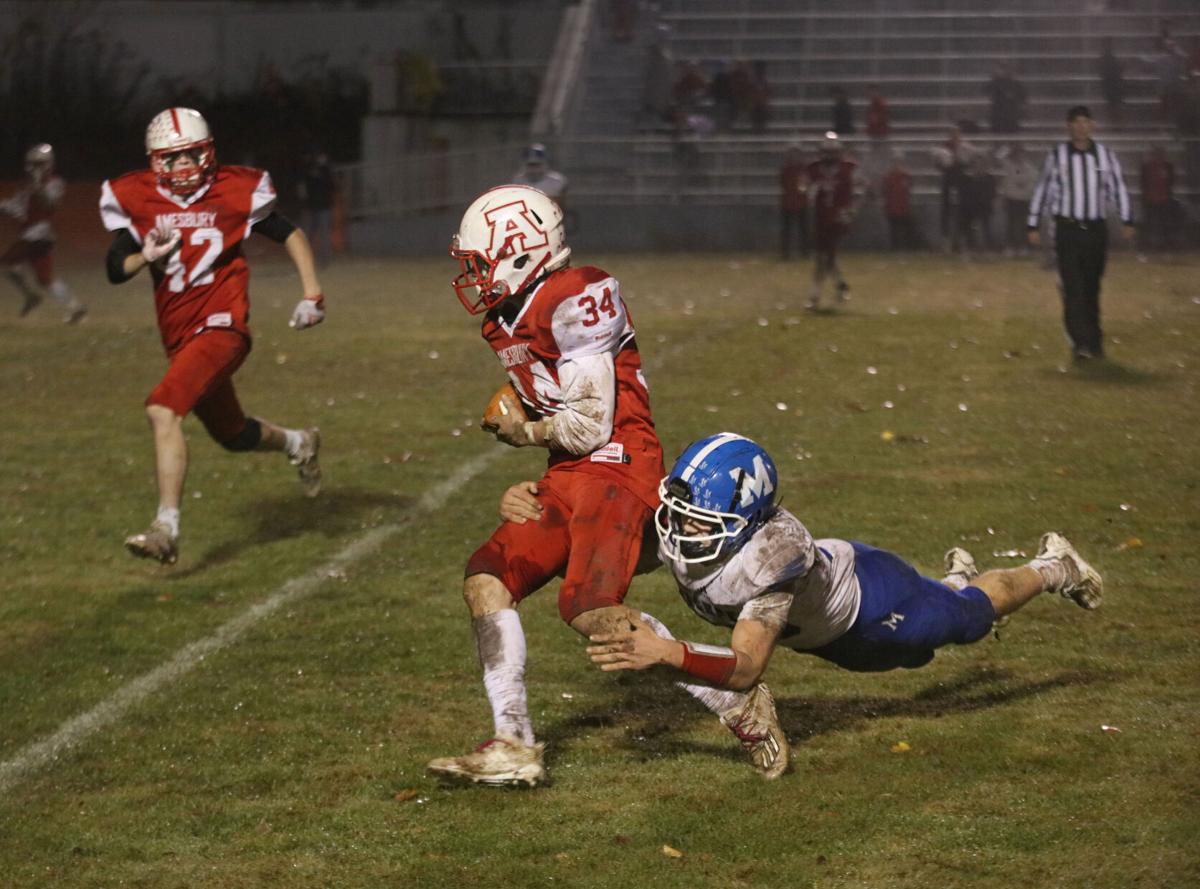 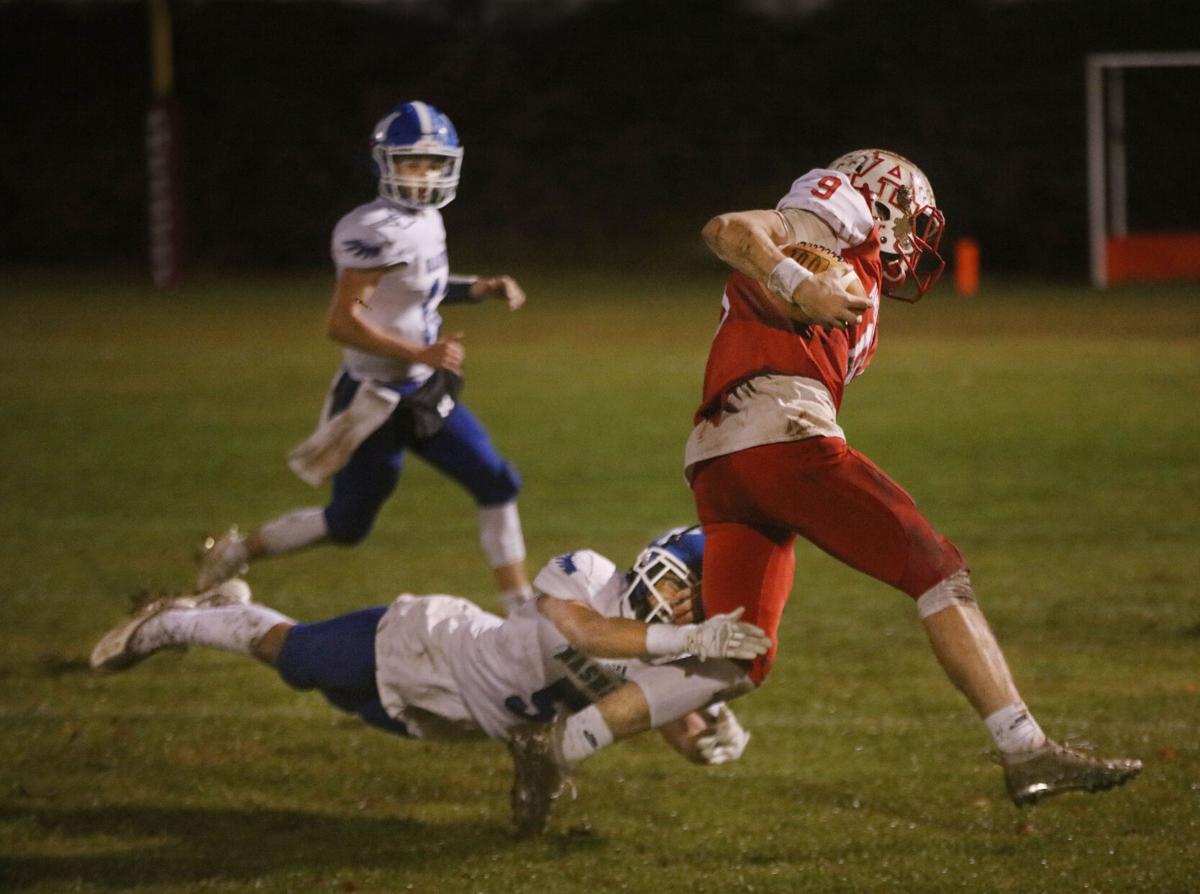 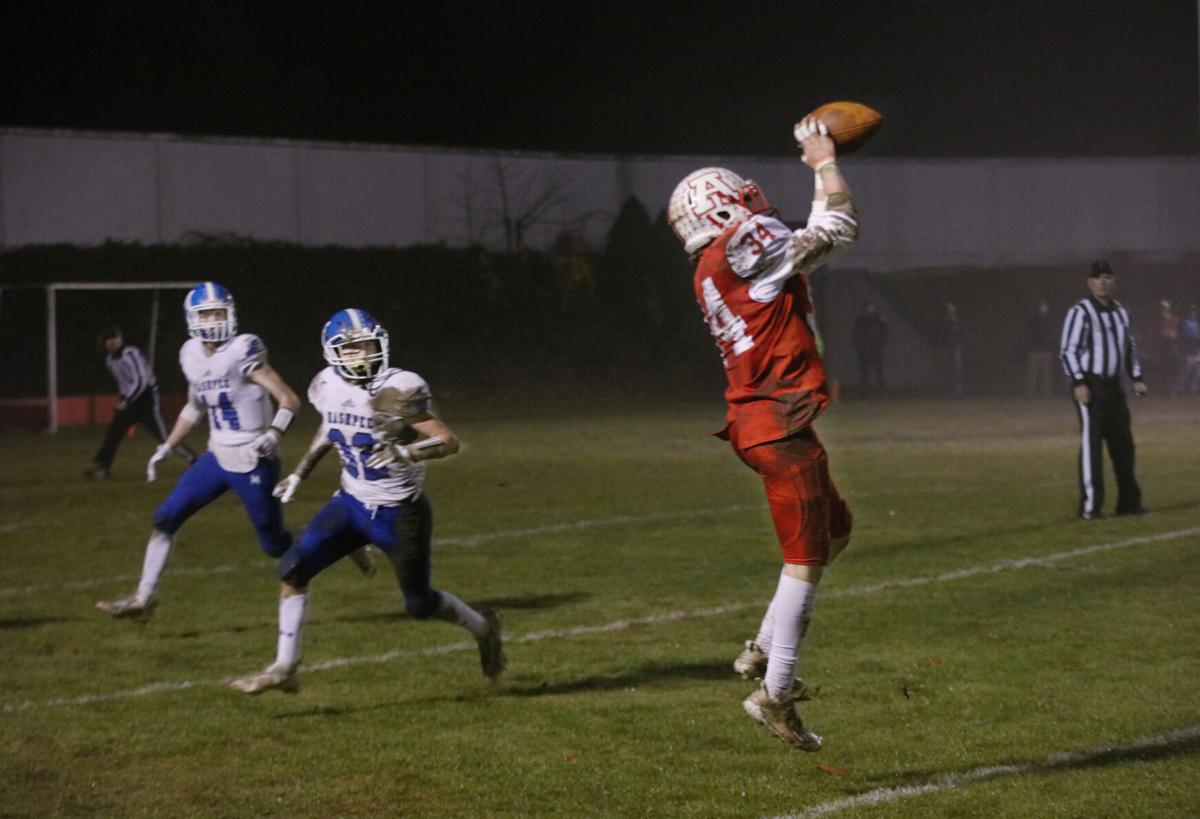 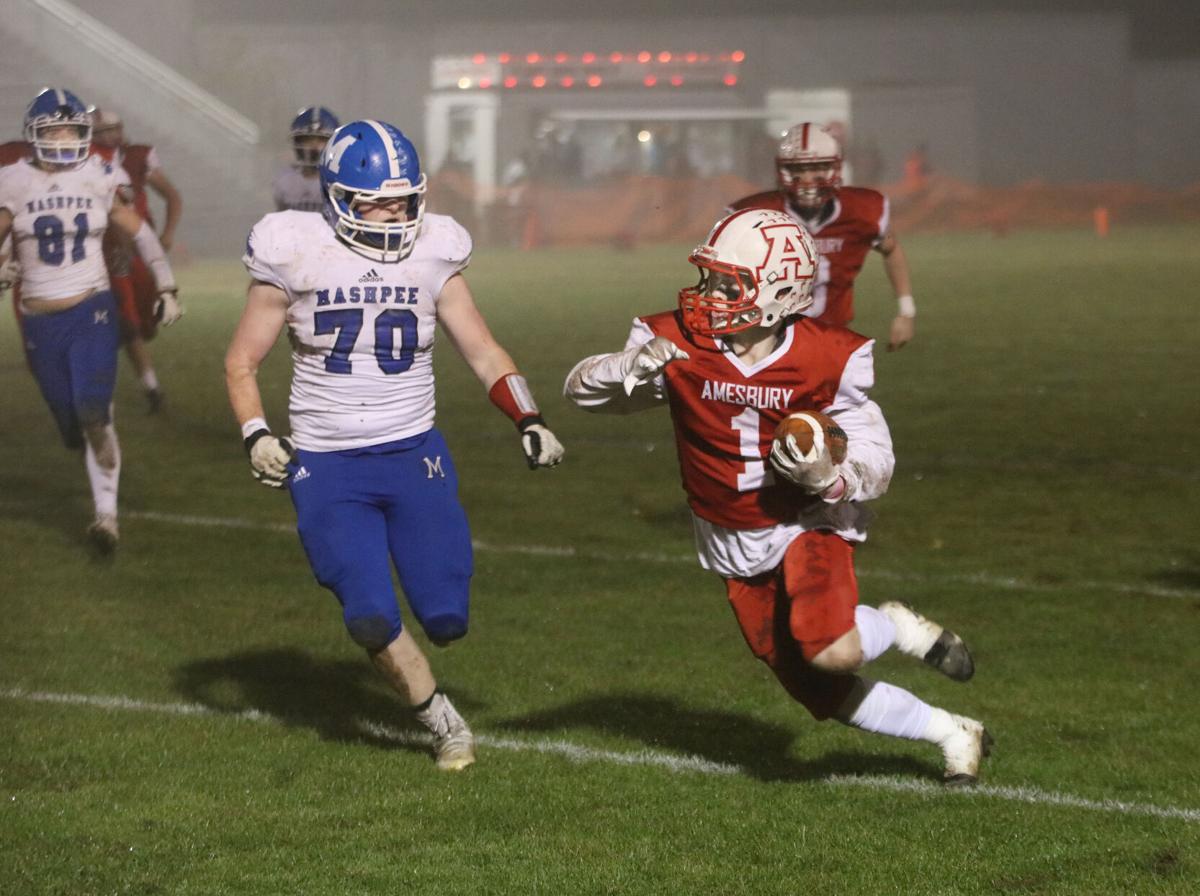 AMESBURY — All season long, the Amesbury football team has made it’s proud community believe that it would always find a way.

Friday night was no different.

All of the big moments just continued to unwind in a way that made the loyal spectators wearing red at Landry Memorial Field think the Indians were going to pull another rabbit out of the hat. Whether it was Shea Cucinotta stepping up to make a hit-stick tackle at his own 4-yard-line on a 4th-and-9 in a 22-20 game when visiting Mashpee needed the 3. Or when Cucinotta again came up with a leaping interception to give his team the ball back down four with under four minutes left.

Surely, when Cucinotta — for the third time — stepped up to bat away a 3rd-and-10 pass, forcing Mashpee to punt with 2:14 left, the Indians and their one timeout would drive 80 yards and score a game-winning touchdown.

But it all wasn’t to be.

Mashpee, a program that has won four state titles since 2011, saw junior Aiden Cuozzo come away with a game-clinching interception, and the No. 7-seeded Falcons ended Amesbury’s quest for a championshp and advanced to the Division 7 semifinals with a 26-22 victory.

“They’re a great program,” said Amesbury coach Colin McQueen. “They’ve been here before, many a time. They know what they’re doing, they made some good adjustments and they stopped our run game in the second half.

“I’m incredibly proud of some of the plays our guys made. Backs to the wall, they stiffened up and they played right down to the end.”

Mashpee (8-2) got explosive offensive plays from quarterback Brady Johnston and running back Kayden Eaton. and after trailing 22-12 at the halftime, the Falcons held Amesbury to just 69 total yards and no points in the second half.

A senior, Eaton gave his team the lead when he juked his way into the end zone from the 11 with 9:14 left. and Amesbury’s final three drives after falling behind ended with a punt and two turnovers.

The first half was typical Amesbury football.

All three first-half Indians’ drives ended with scores. Nick Marden found the end zone on a 5-yard run, Luke Arsenault scored his eighth touchdown over the last three weeks, and quarterback Drew MacDonald hit Cucinotta on a 16-yard TD strike with 43 seconds left in the half.

But Mashpee was able to respond each time.

Heading into the break, Amesbury had run 37 plays to Mashpee’s 6.

But coming out of the break, Mashpee’s electirc offense struck quickly again. On the first offensive play of the third quarter, Johnston took the snap out of the shotgun and blasted through a handful of tacklers for a 65-yard score that immediately made it 22-20 after Eaton took care of the conversion.

And that proved to be a tone-setter for the rest of the game.

“We just didn’t tackle well,” said McQueen. “They have a couple of shifty dudes.”

While it’s not the storybook ending Amesbury had envisioned, the season is not over. The Indians (7-2) still have their annual Thanksgiving Day game against rival Newburyport, and the math is simple.

“You’re playing for a CAL championship and Port always matters, and we’re on to them,” said McQueen, who also made sure to thank his six seniors after the game.

“They’ve been incredible. We’ve talked about the bricks that they laid. That core of seniors is small this year, but they are mighty, man. They led us incredibly well, they pulled the young guys along and they laid the bricks on top of the bricks of seniors before them.

“We’re on the cusp of something. We’ll be right back here.”