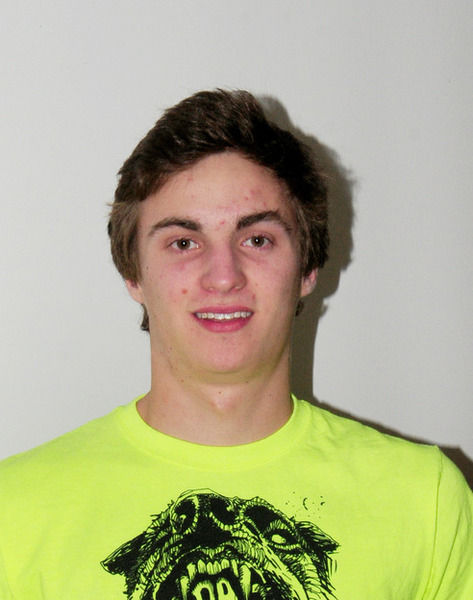 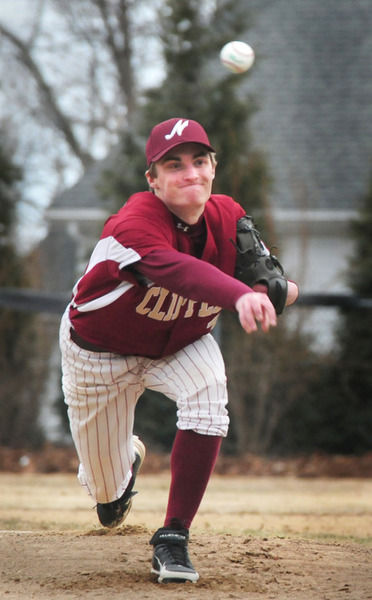 James Nutter has enjoyed plenty of success in his career at Newburyport High School. The senior has been a part of seven state championship winning teams between cross country and indoor track, and earlier this season he pitched an extra innings no hitter to carry the Clippers past Hamilton-Wenham in a game the team absolutely had to win.

This weekend, Nutter will take the mound for the final time as a high school pitcher when the Clippers take on Pentucket in the Spofford Tournament. Given that Newburyport has already been eliminated from postseason contention, it’s not the finish Nutter would have preferred, but coming off Tuesday’s win over Triton, it’s still a chance to finish up on a high note. In this week’s edition of Around the Horn, Nutter reflects on his career playing baseball, how it compares to running track, and which of his championships meant the most.

I know it’s kind of a shame you aren’t going to get to the tournament, but what do you think about the way your senior season has gone? “It’s definitely not what I wanted it to be, I was really hoping to get into the playoffs, it would have been great to pitch in the playoffs, but as a team I think we underachieved a little bit, we’ve definitely had some tough luck, but as long as we can get this Spofford Tournament and defend our championship from last year. Defeating Triton right now was nice too.”

How many years have you been on varsity? “Last year was my first year, so two.”

How did last year go? “I did pretty well, I think I started one game against Manchester Essex, and that was pretty good, I pitched a complete game. I pitched mostly out of the bullpen. I was pretty happy with it, I felt like I did pretty well and I was happy to get more opportunities to start this year.”

You run cross country and track in the fall and winter as well, how would you compare the atmosphere around a big track meet to the competitive, head-to-head kind of team atmosphere you get in baseball? “They’re both very different, for track I’d say the atmosphere is a little more relaxed with guys in practice, but at meets it’s really tense and you’re really nervous before you go out there. But in baseball it’s kind of the opposite, where at practice you’re more tense because you know you’ve got to get the work done, but in games it’s all about going out, being relaxed and doing what you know you can do. Baseball has always been my favorite sport though.

You’ve won seven state championships. Not many other people can say that. What does it mean to you to have been a part of that much success, and do any stand out in particular? “Haha, man. Well, my sophomore year of cross country I wasn’t in the top seven and I wasn’t contributing much in the scoring, but it was a ton of fun cheering everybody on. We didn’t think we’d win but we came on as underdogs and won. My freshman year of indoor track, I was on varsity but I didn’t contribute much, so winning then was a lot of fun too. Sophomore year of indoor track I sort of surprised myself and that’s when I started contributing to the team, so when we won the state championship that year, that was huge. I ran the 4x800 meter relay and the 600 meter run in the championship meet, and we came in second in the 4x800, so that was really fun. Junior year, we won another championship in cross country, and that was great, but junior year indoor track we lost a lot of guys from the year before, so we were thinking we had no shot, so that was probably the most exciting. On the day of states I had the flu, so I ran in the 4x800 and 600 and we came in second in the relay again, but that was the most exciting one because we really didn’t think we had a chance to win. This year in cross country was huge because we did horribly in the CAL meet and then came back strong the next week, and for the state championship in track we went down a division, so we were expecting it a little more.

What was going through your mind when you finished off your no hitter? “I kind of knew by the third inning that I hadn’t given up any hits, I knew I was feeling good, so I wasn’t too worried. It was a 0-0 ball game and I was trying to keep the ball low so we’d have a chance to win, and as the game went on I got into a rhythm, and once we finally got a run in the eighth, that’s when I started to feel the pressure. I wasn’t as concerned about giving up a hit, I just didn’t want to give up a run, but I was able to get the three outs and I was just happy to be able to get a win. We’d had a few tough games before that, and when my teammates came out I realized, ‘hey I threw a no hitter.’ It was exciting, but it really hit me more after the game.”

Do you have any brothers or sisters? “Yeah, I have an older brother, he’s a junior in college. His name is Charles and he goes to Amherst College, he plays baseball there too.”

Did he play for Newburyport? “No, he played baseball at Phillips Exeter.”

Do you have a job? “Yes, I’m working at the New England Ice Lollies, it’s a Popsicle shop downtown that just opened.”

How about your plans after graduation, are you going to college? “I’m going to Georgetown University.”