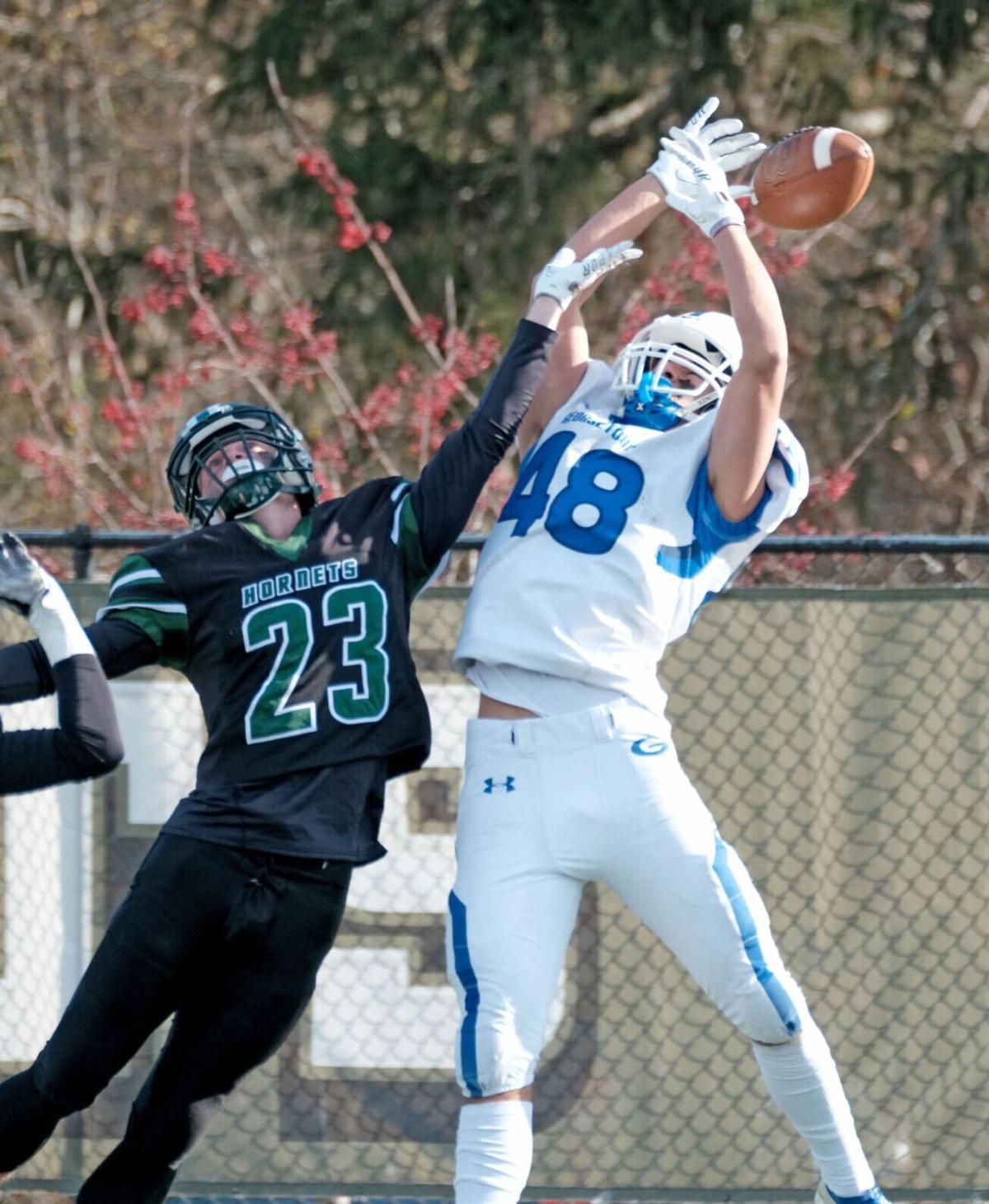 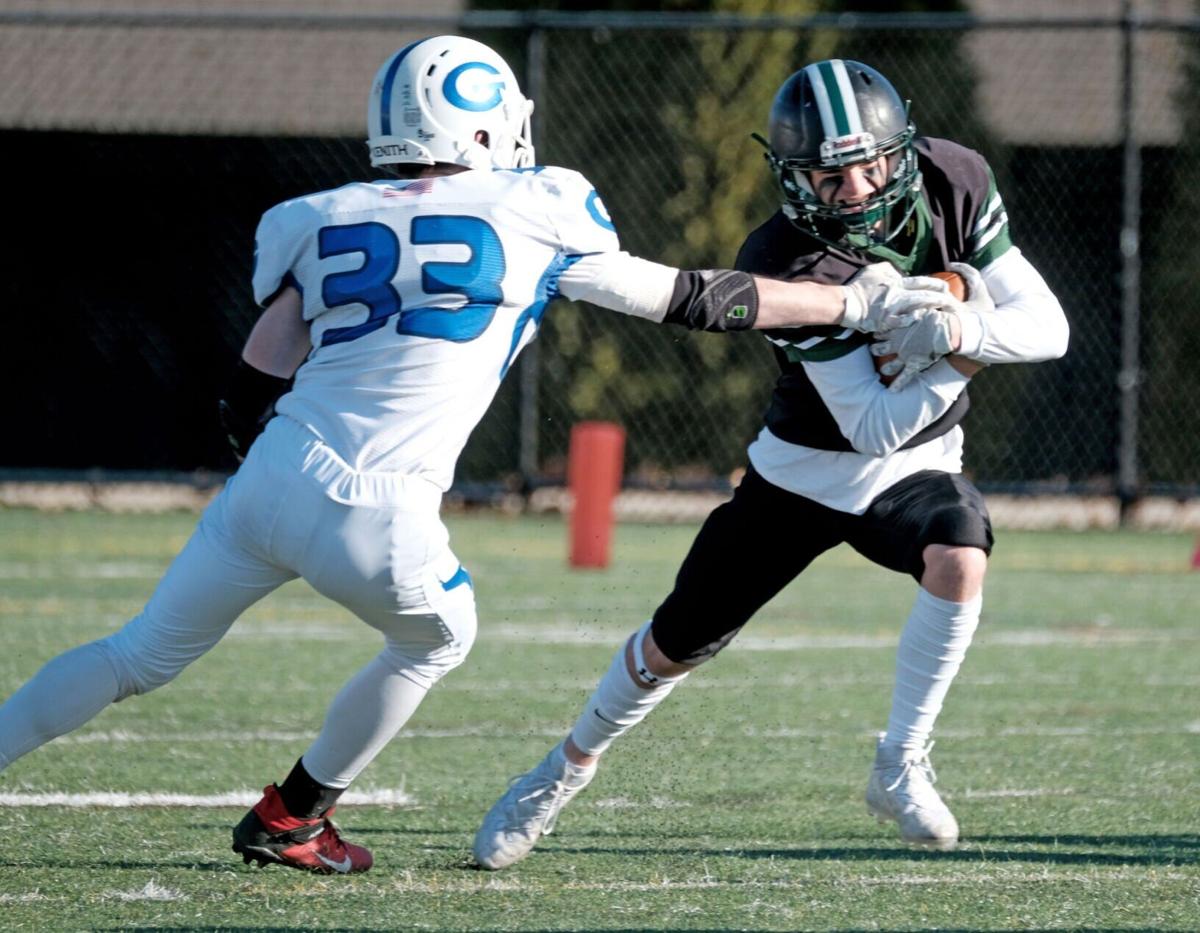 The Manchester Essex football team still had plenty to play for in Thursday’s Thanksgiving Day matchup against Georgetown, needing a win to clinch the Commonwealth Conference Small outright.

The Hornets ended up dominating their rival by a convincing score of 39-6 at Hyland Field. Georgetown starting quarterback Anthony Plumb injured his ankle in a routine play during yesterday’s practice, forcing backup Jake Thompson to start the game. Plumb entered the game briefly in the second quarter and theew three passes but subsequently broke his collarbone a couple plays after Thompson had dislocated his shoulder.

This forced receiver Jack Lucido, who had never practiced at the position, to finish the game out.

“I was very pleased with the win,” said Manchester Essex head coach Joe Grimes, whose team finishes up the season at 8-2. “We were very disappointed that we lost early in the playoffs because we came to play today and we had tremendous leadership all year led by our captains Luke Smith and A.J. Pallazola.”

The Hornets senior co-captains both had big games in their final high school football games. Pallazola, a wide receiver, had a rushing touchdown, a receiving touchdown and he threw a first quarter touchdown pass. Smith, on the other hand, led the Hornets with 59 yards on the ground and found the end zone twice.

Manchester Essex took control on the very first possession of the game with a play by the defense as Henry Otterbein intercepted it a pass and raced 28-yards for a touchdown and the rout was on.

On the ensuing possession, Grimes reached into his bag of tricks as Pallazola took a handoff on a reverse and passed to a wide open Henry Thurlow for a 19-yard touchdown and a 13-0 Manchester Essex lead after one quarter of play.

Pallazola caught a 23-yard pass from quarterback Brennan Twombly, who threw for 118 yards and a score on the day, to extend the lead to 19-0 at the half.

While the Hornets defense dominated all game, they were facing a shorthanded Royals offense as quarterback Anthony Plumb, who threw for over 2,700 yards this season, left the game in the first quarter with an ankle injury after attempting only eight passes. As a result, the team’s top receiver, Jack Lucido, who had over 1,300 yards receiving this season, stepped in at quarterback. Lucido performed admirably in his first snaps at the position, tossing a fourth quarter touchdown pass to Colin Martin and rushing for a team-high 70 yards.

“Things got off to a lousy start when our quarterback rolled his ankle,” said Georgetown coach Eric McCarthy, whose team finishes up at 3-7. “But I was happy with the way we kept fight and Jack Lucido stepped in and played quarterback even though he has never played there before.”