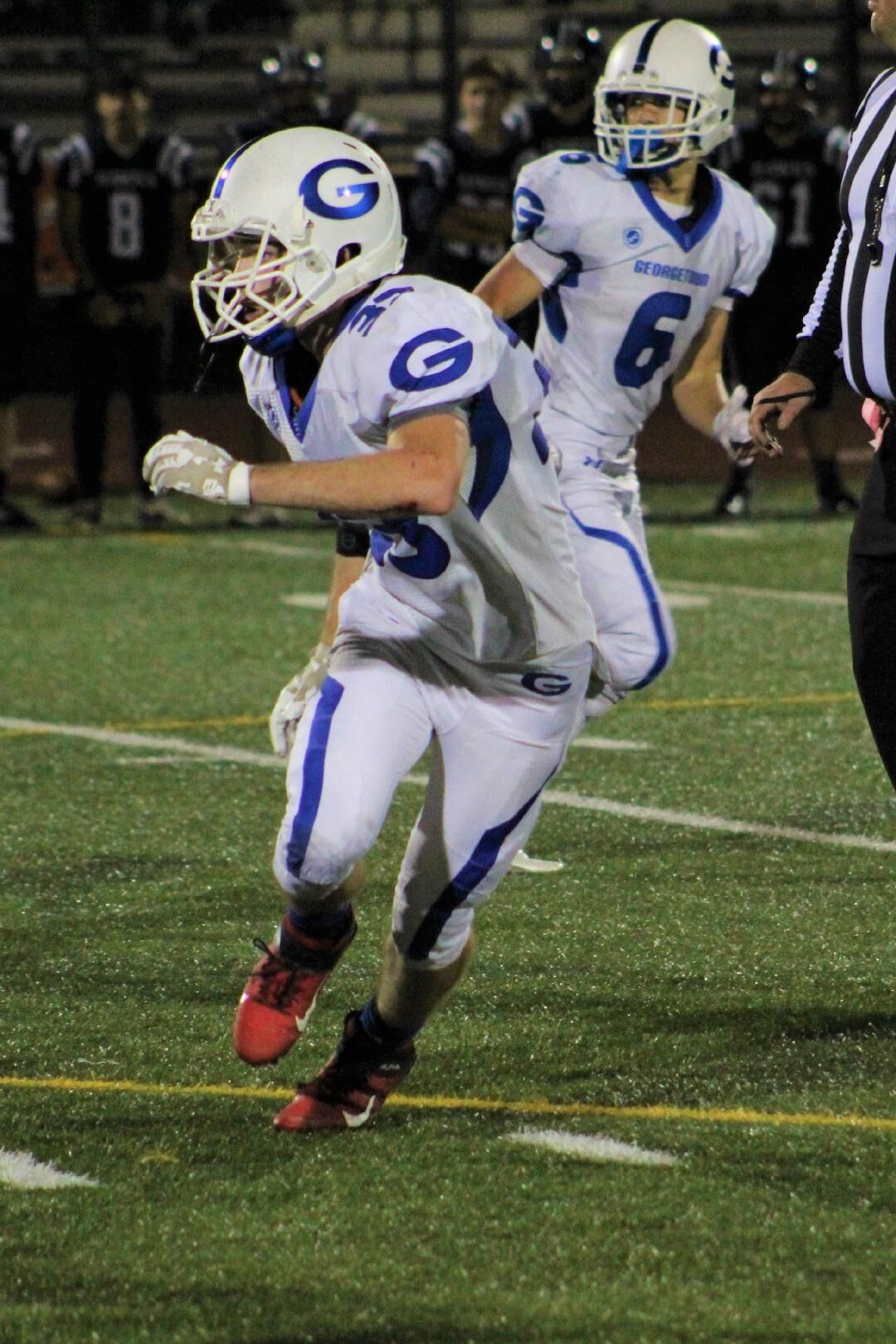 Georgetown’s Chris Guyer has been a rock on defense this fall, racking up a massive amount of tackles for the team. 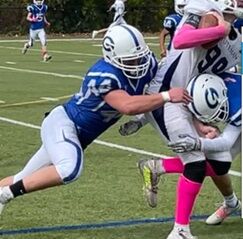 Georgetown's DJ Dionne (44) is always around the ball. The senior is one of the team's top tacklers. 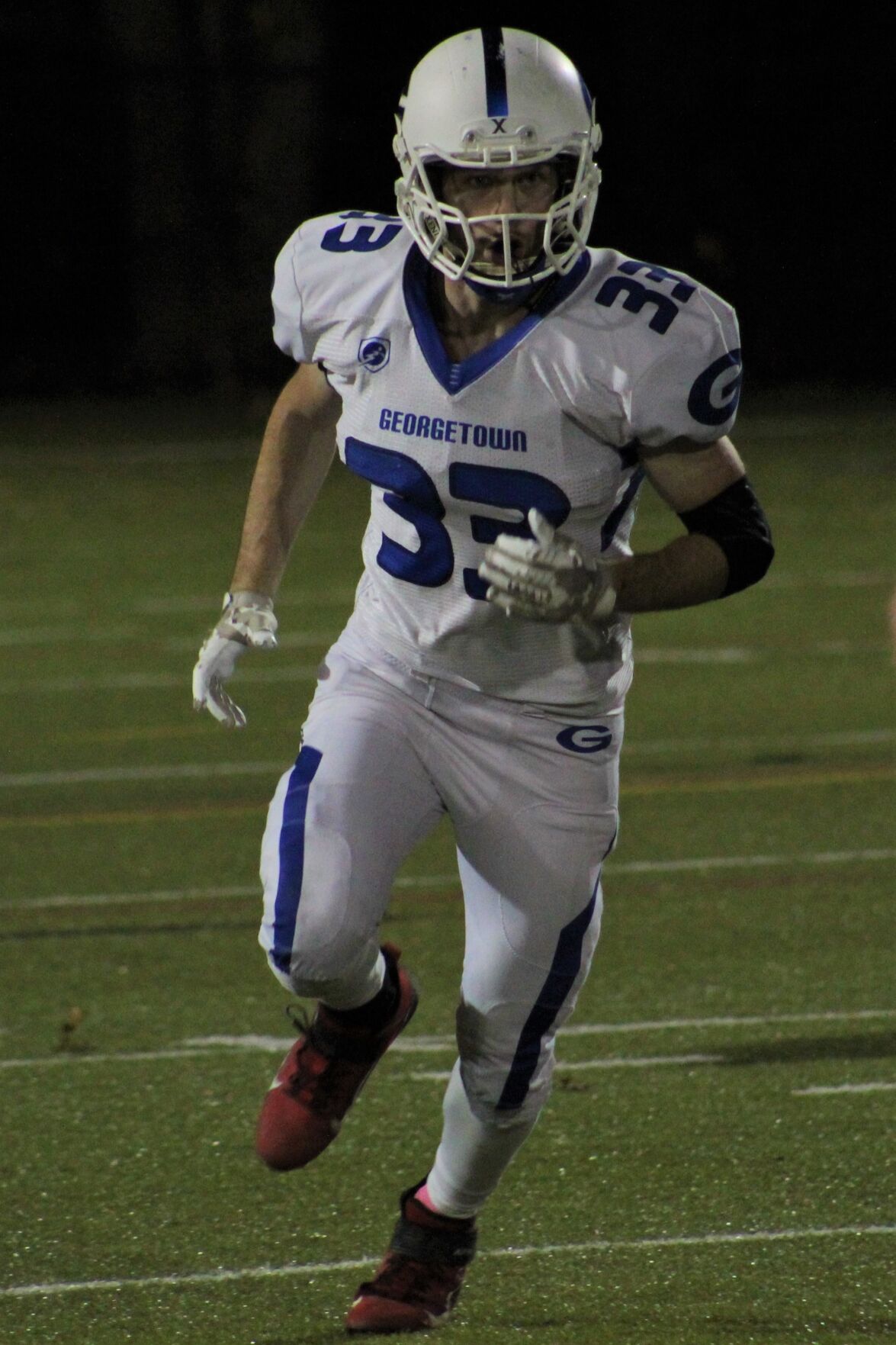 Georgetown's Chris Guyer has had a tremendous season both catching the ball and on defense. 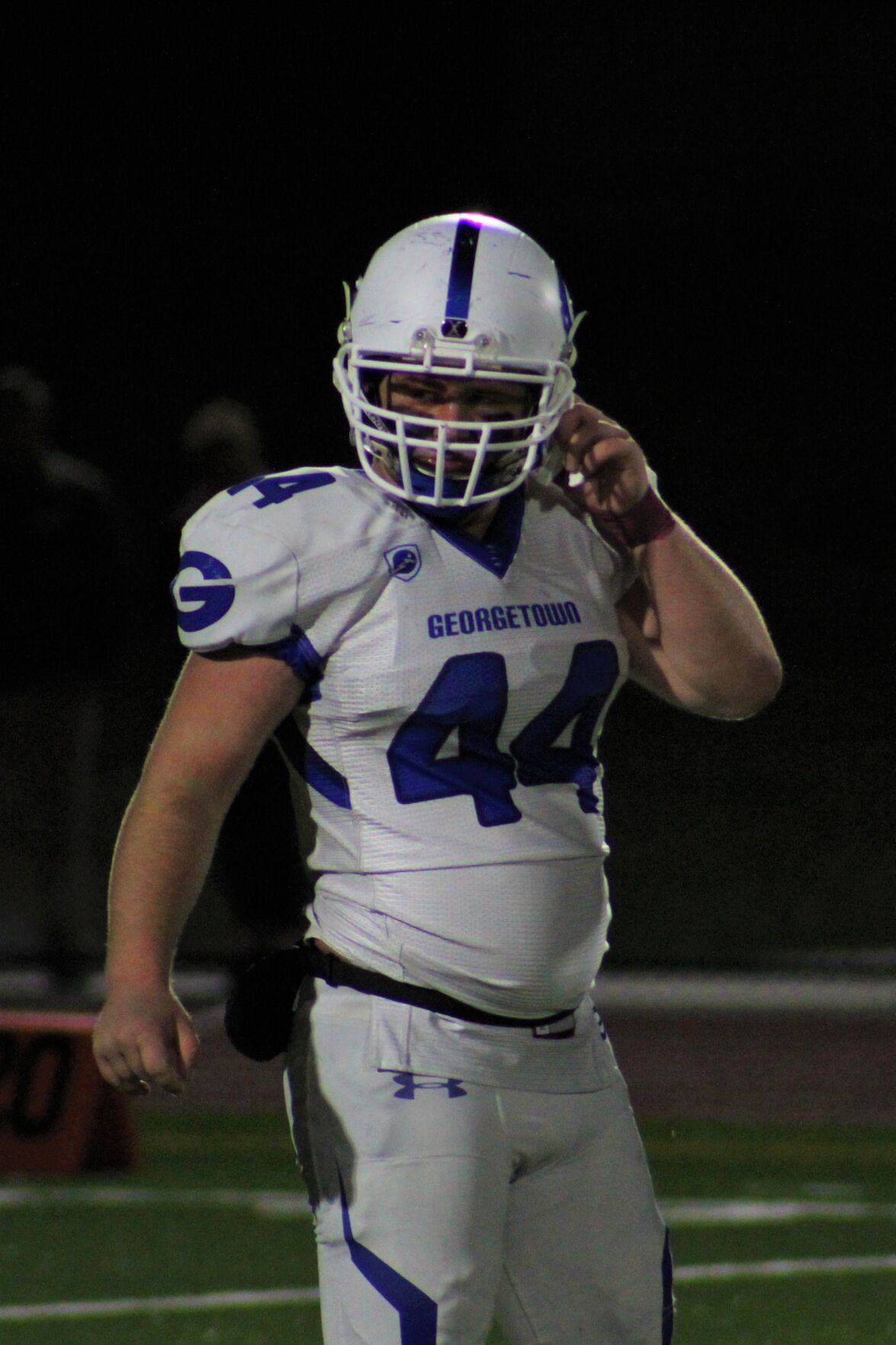 DJ Dionne has had a monster season defensively for Georgetown. 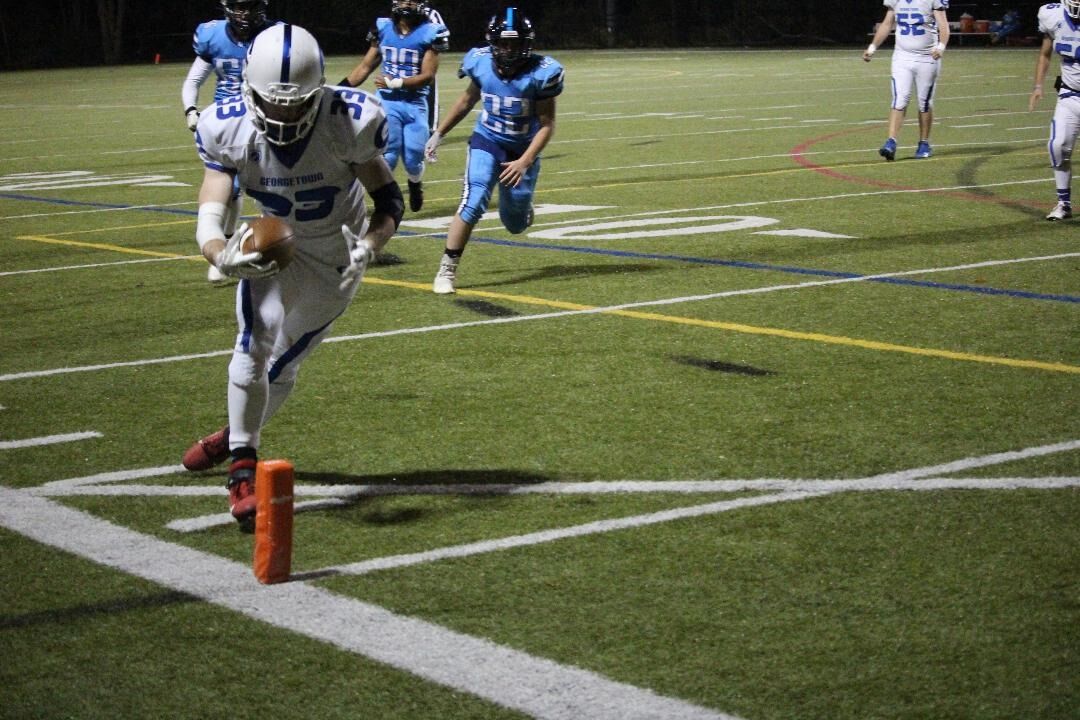 Chris Guyer has found the end zone quite frequently for Georgetown this fall.

Georgetown’s Chris Guyer has been a rock on defense this fall, racking up a massive amount of tackles for the team.

Georgetown's DJ Dionne (44) is always around the ball. The senior is one of the team's top tacklers.

Georgetown's Chris Guyer has had a tremendous season both catching the ball and on defense.

DJ Dionne has had a monster season defensively for Georgetown.

Chris Guyer has found the end zone quite frequently for Georgetown this fall.

Chris Guyer and DJ Dionne might not be two names you’ve heard mentioned a whole bunch this fall, but every opponent the Georgetown football team has faced certainly knows who they are.

And sure, they’ve taken their fair share of bruises as the season has gone on.

But by and large, the duo have dished out more punishment than they’ve taken.

Both seniors, Guyer and Dionne have been the lifeblood of the Georgetown defense all season. Heading into last Thursday’s consolation game against Lynnfield, the Royals, as a team, had around 200 total tackles through eight games.

Combined, Guyer and Dionne made 159 of those, and mostly solo.

For those of you that don’t have a calculater nearby, here you go: That means about 80% of the team’s tackles this season have come from those two warriors.

“They’re very athletic and they’re tough,” said Georgetown coach Eric McCarthy. “And they’re strong. They can cover a lot of ground, and they’ve taken the burden of doing most of the dirty work. They’re not really getting the attention, but they’re arguably the most important cogs that have kept the team together.

“Both of them are quiet and unhearalded, but they’re gritty warriors.”

As a program, Georgetown is used to having lower numbers than schools adjacent to them in the Cape Ann League — where the Royals previously played — and the Commonwealth Athletic Conference.

And that is certainly no different this year.

The Royals have a lot of freshmen and sophomores playing key positions, which, as one would expect, has resulted in a lack of size across the board — and especially on the defensive line. and facing run-heavy teams like Whitter and Lynn Tech, there have been numerous times that opposing running backs have broken through and reached the second level, where Guyer and Dionne — both linebackers — have been waiting.

“I thought it’d be a bigger year for me defensively,” said Guyer. “I got a decent amount of tackles my sophomore year, so I figured I’d end up getting a little more this year. Having no season last year definitely stunk, but to have this season after a year off is even more exciting.”

Dionne actually moved into town from Attleboro about a year ago, and he wasted no time making an impact. In Georgetown’s first game this fall, he had two interceptions, a fumble recovery, a sack and 9 tackles against Boston Latin. The 5-foot-10 bruiser had 11 tackles against Lynn Tech, 11 more against Minuteman and a third 11-tackle game against Whittier a couple of weeks ago.

“I just love to hit people, it’s very fun,” said Dionne, who is also the team’s left tackle. “I like to play very agressive and I love playing that middle linebacker role.

“I kind of saw a bigger season defensively happen for me after that first game against Boston Latin.”

Not to be outdone by his teammate, Guyer’s numbers have been even more eye-opening.

He had 11 tackles against a KIPP Academy team that was highly-ranked in Division 8, a monster 22 tackles against Lynn Tech, 19 more against Whittier and 13 against Nashoba Tech. and this all while being a key part of the offense as well.

A talented receiver, Guyer came into last week’s game against Lynnfield second in the area with 402 receiving yards on 25 catches and four touchdowns — only behind teammate Jack Lucido.

“I think both are pretty fun, but I think this year I’ve definitely gotten more enjoyment out of playing defense,” said Guyer.

Dionne isn’t necessarily getting the offense stats like Guyer, but his role as left tackle has been essential in giving record-setting QB Anthony Plumb time to find guys like Lucido, Guyer, Jake Thompson and Colin Martin downfield.

And, of course, it says a lot about both that they give so much on the offensive end only to go right back out and take the brunt of the hits on defense.

“Those guys are doing the dirty work,” reiterated McCarthy. “And to their credit, I’d day that they’re the one’s dealing out most of the punishment. They’re the ones bringing the physicality”

Georgetown (3-6) just has its annual Thanksgiving Day matchup with Manchester Essex (7-2) remaining on the schedule this fall. You’d have to go back to 2016 to find the last time the Royals came out victorious on the holiday, but the seniors on the team are eager to break the curse.

And you can bet Guyer and Dionne will be front and center in the action.

“We’re always looking to win and play hard and agressive,” said Dionne. “If we can force some turnovers, we’ll be in good shape.”