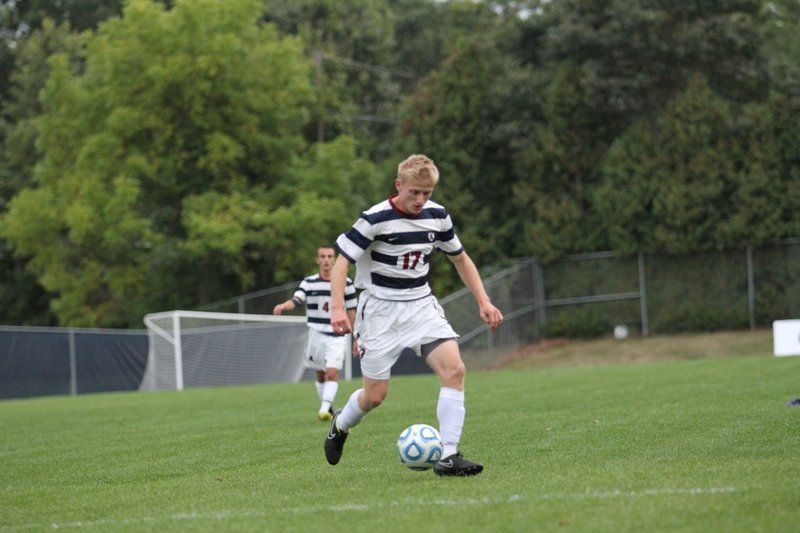 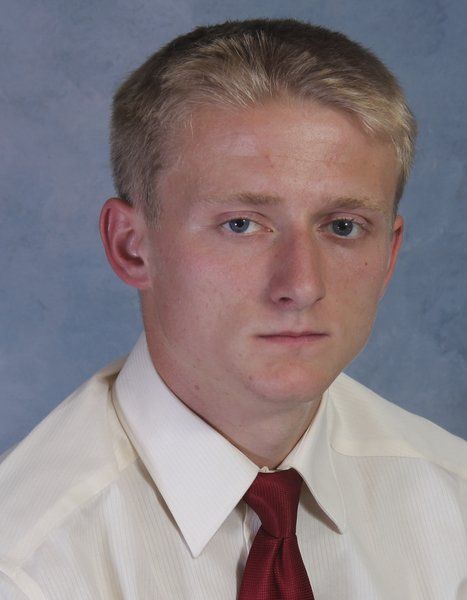 Adam Traxler is midway through his first season of college soccer and he's already played nearly every position on the pitch. That's what his coach, Greg DeVito, loves about him.

Traxler is a freshman at Eastern Connecticut State University and has made the transition to college soccer better than nearly anyone has expected. Almost anyone.

"I knew Adam was going to play this year," said DeVito, in his eighth year. "His versatility has been huge for us. He's played forward, in the back, the middle, all over the park for us."

Regardless of his position, Traxler has compiled four goals and two assists this season, including the goal in last Tuesday's 1-0 victory over Fitchburg State. It took Traxler all of 13 minutes to score his first collegiate goal in Eastern's season-opening 1-0 victory at Castleton, the North Atlantic Conference preseason favorite.

That first goal earned him Little East Conference Rookie of the Week honors. Rookie is a relative term and there has been no let-up since. Traxler scored one goal and set up another in a 6-0 win at Salem State, scored the first goal in a 2-1 win over Connecticut College and followed with an assist in a 4-0 victory over Southern Maine.

After scoring the winner in Tuesday's win, Traxler has three goals and two assists in the Warriors' last six matches. He is not, however, caught up in his numbers.

"As a freshman, I just wanted to come here, work hard and earn the respect of my teammates," Traxler said. "Really, we're just taking it game-by-game and just focusing on what's in front of us."

DeVito first saw Traxler in May of 2013 with Seacoast United. What he loved was how Traxler never took any plays off. "I liked how hard he played, all the time," DeVito said. "Adam has high standards, sometimes too high. That's what I'm looking for -- the kid who doesn't give up. He just loves playing."

Following a 1-2-2 start, Eastern Connecticut has won seven of its last eight, the sole blemish a 1-0 home loss to LEC frontrunner UMass Boston. It is an unfamiliar place for the Warriors, who have won the last three LEC regular season and tournament championships (five of each over the last seven seasons) while getting to the NCAAs in six of the last seven years.

Despite a young team -- the Warriors lost eight starters from a year ago -- DeVito fully expects to be there again.

What has been a key to Traxler's transition, DeVito said, is his fitness level. "Adam came in really fit," DeVito noted. "We have an expectation and we make it really clear what we expect on day one. Our upperclassmen do a good job of getting that point across."

It's a standard that attracted Traxler to Willimantic, Conn. He barely considered any other colleges. Endicott was an option and he also thought about Maine, where his brother, Spencer, attends, though the men's soccer program was discontinued after the 2008 season.

"It's pretty cool to come into the program that Eastern Connecticut has," Traxler said. "A lot is expected of you. We think our best soccer is yet to come."

Senior Cassaundra Davis (Newburyport) has the Saint Michael's field hockey team off to its best start in 12 years. The Purple Knights, which broke into the National Field Hockey Coaches Association Division II poll this week at No. 10, currently lead the Northeast-10 Conference with a 3-0 clip (7-3 overall). With a team-leading nine goals and five assists this season, Davis helped Saint Michael's displaced previous No. 10 Merrimack (2-1) and No. 9 Saint Anselm (1-0) last week…Sophomore Paige Hefferan (Newburyport) has appeared in all 14 matches for the Keene State field hockey team this fall. The Owls are 10-4…Junior Morgan Sydlowski, a 2012 graduate of Amesbury High School, has helped the Stonehill College women's rugby team to a 4-0 start this fall with three matches left. The Skyhawks sit atop the Rugby New England standings alongside Saint Michael's, which they meet at home Saturday, Oct. 25. In a 92-0 triumph over Southern Connecticut last weekend, Sydlowski scored on a 60-meter run. She also setup tries in victories at Providence (65-0) and Providence (84-0).

Yazid Eidah (Newburyport), a senior at Keene State, has appeared in all 13 matches for the Owls' men's soccer team this season and has chipped in two assists. KSC is 8-5 overall and 2-2 in the Little East…Olivia Carmichael (Amesbury), a 2014 graduate of Pingree and freshman at Bryn Mawr, recently placed 55th overall at the Lancaster Homecoming Invitational. Bryn Mawr took second in the team standings…Sophomore linebacker John Elnagger (Rowley) leads Endicott College in tackles this season with 51 (22 solo). Elnagger is one of three locals on the Gulls' roster. Sophomore Thomas Connors (Amesbury) has caught two passes for 49 yards in five appearances this season while head coach J.B. Wells, a Newburyport resident, has Endicott off to a 4-2 start with four straight wins.

Chris O'Donnell keeps tabs on local college athletes for the Daily News. He can be reached at cod01950@gmail.com.