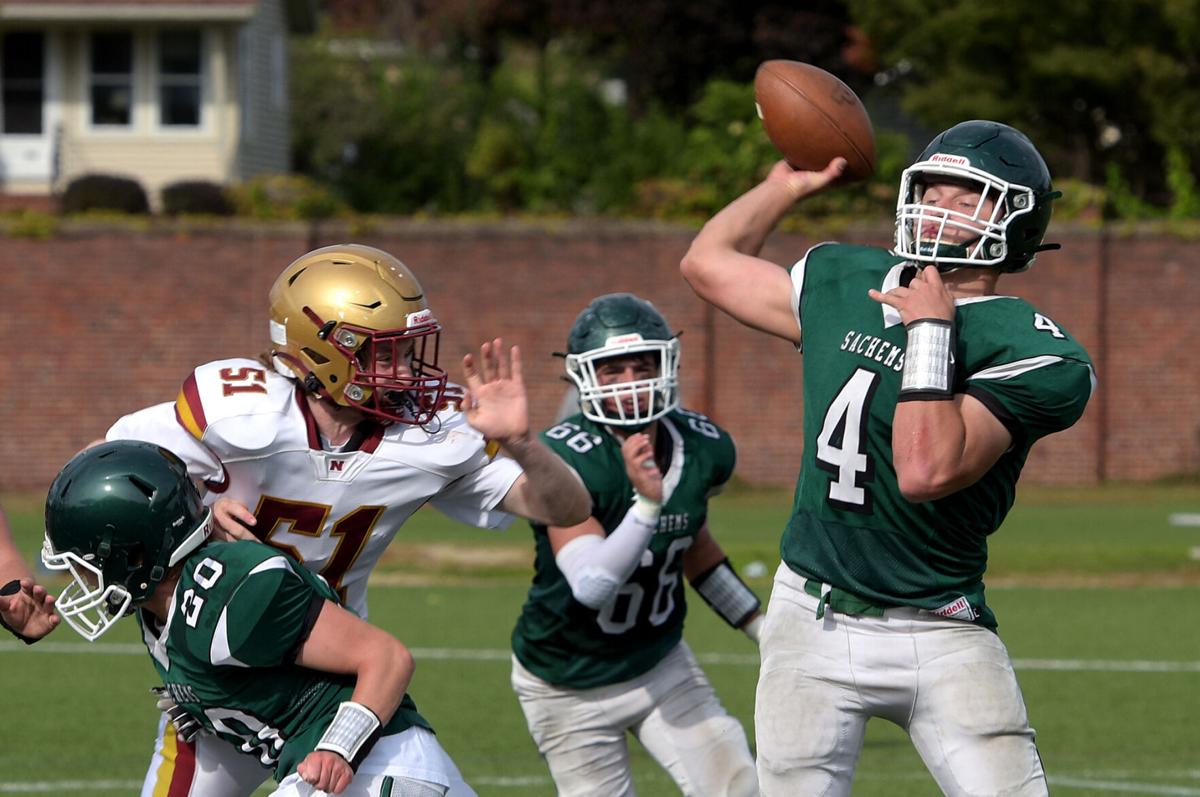 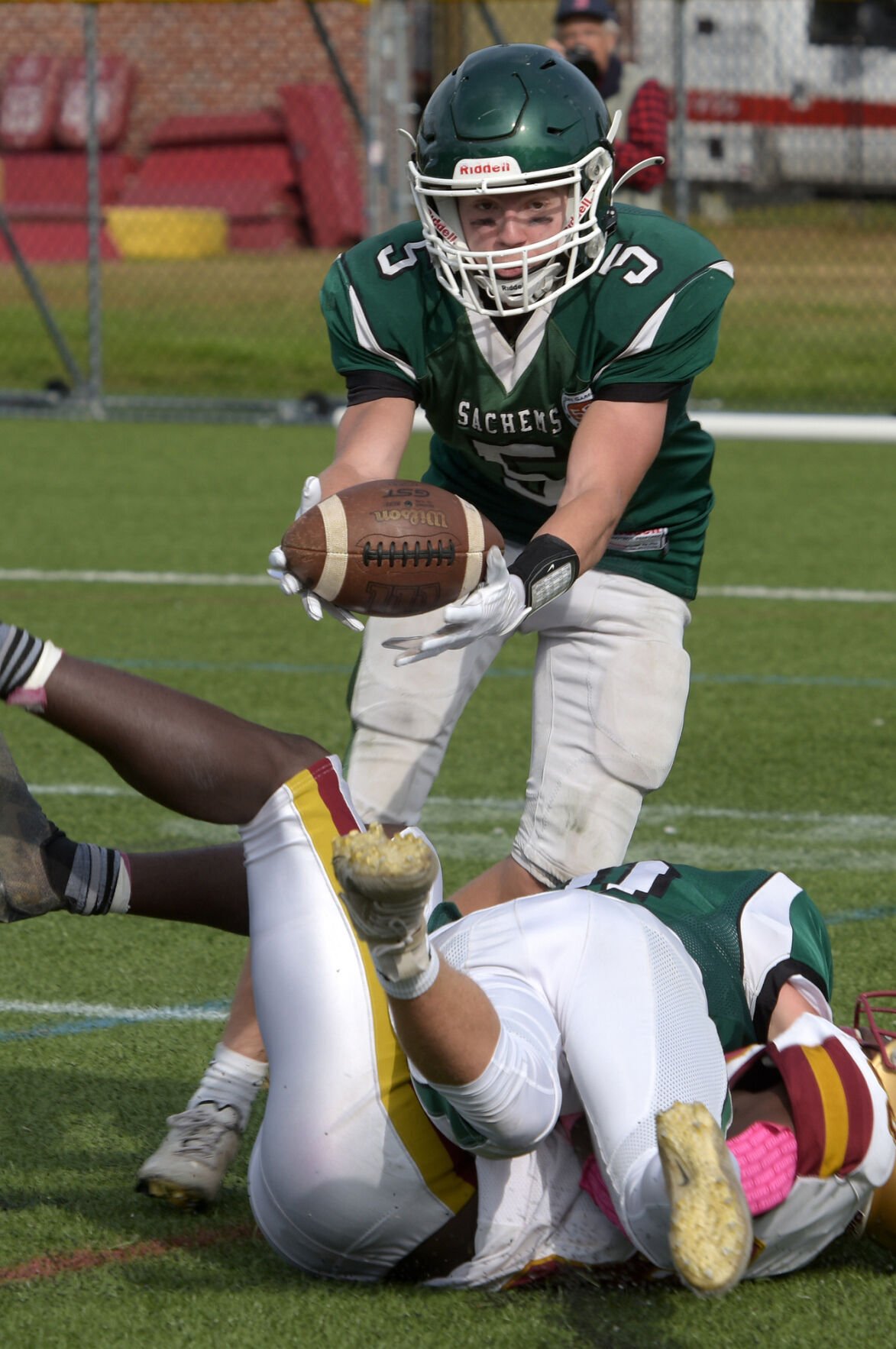 Brandon Lee, seen here making an interception against Newburyport, and the Pentucket defense will have to have a big night on Friday. 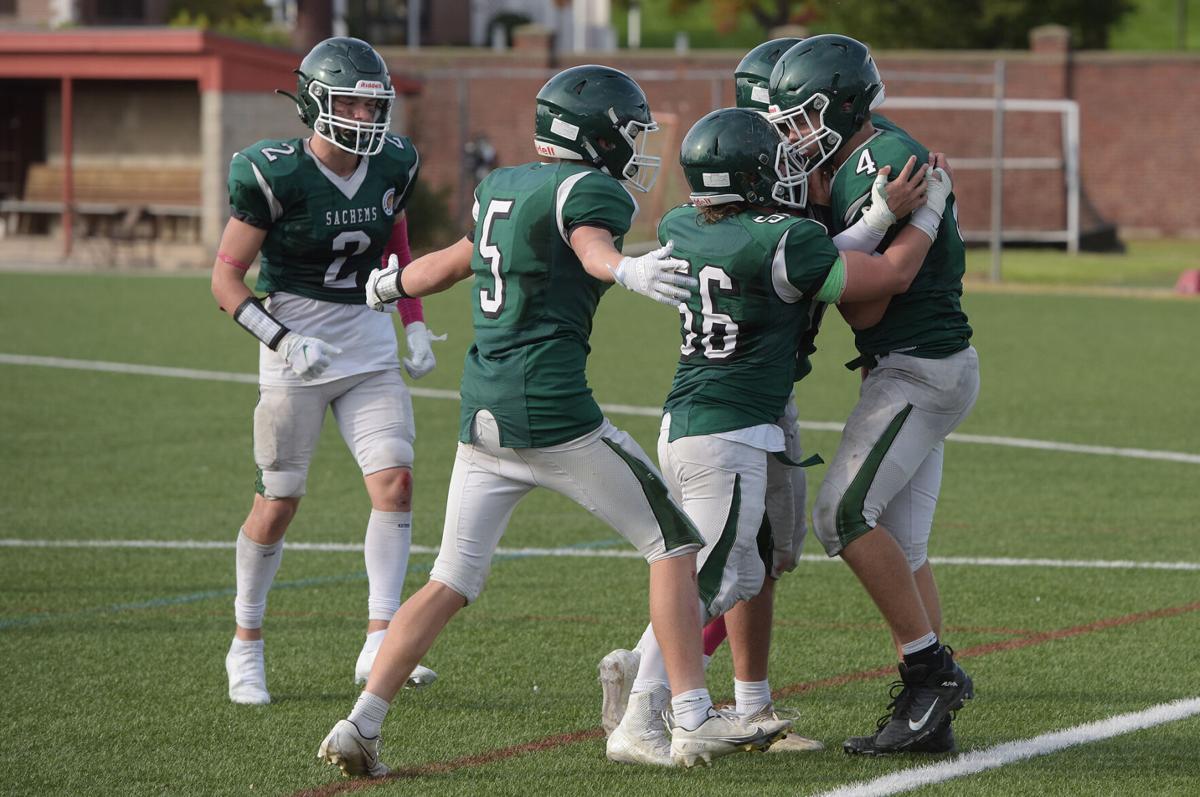 From going winless a year ago, the Pentucket football team has had a lot to celebrate this fall. 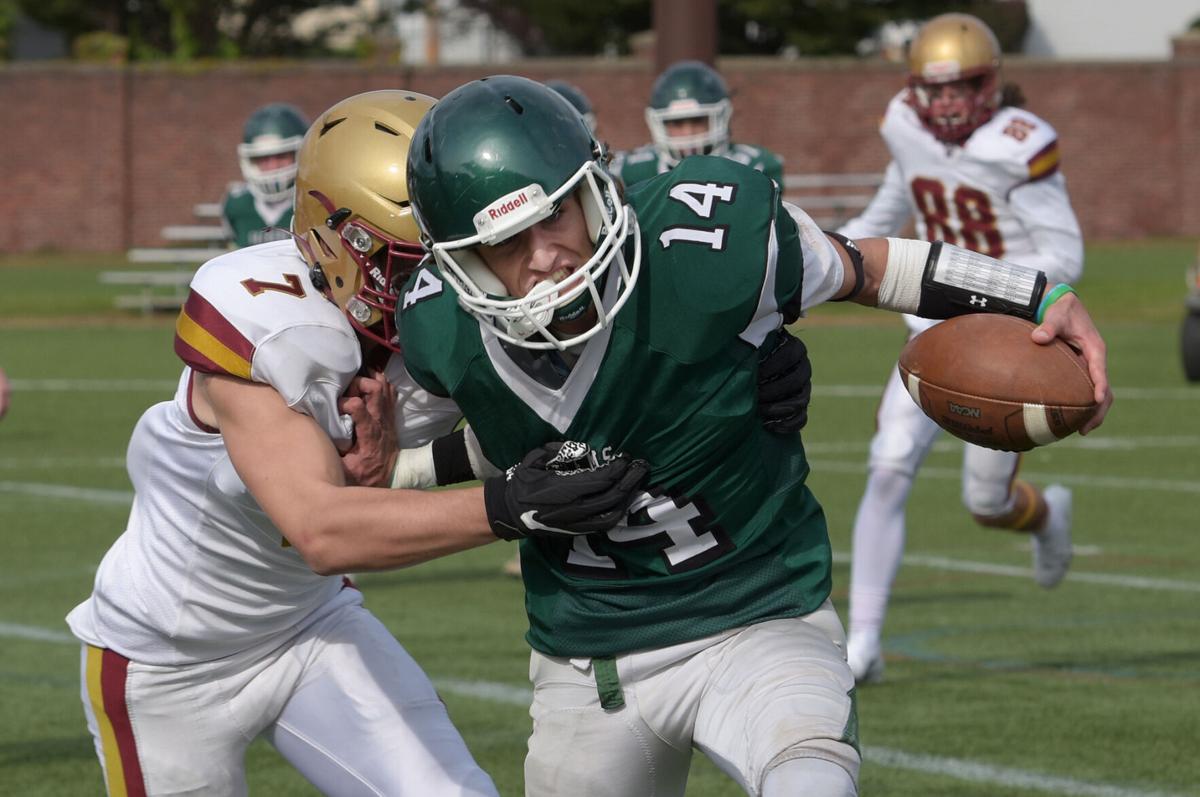 Receiver CJ Condon has been Pentucket’s top threat through the air this season. 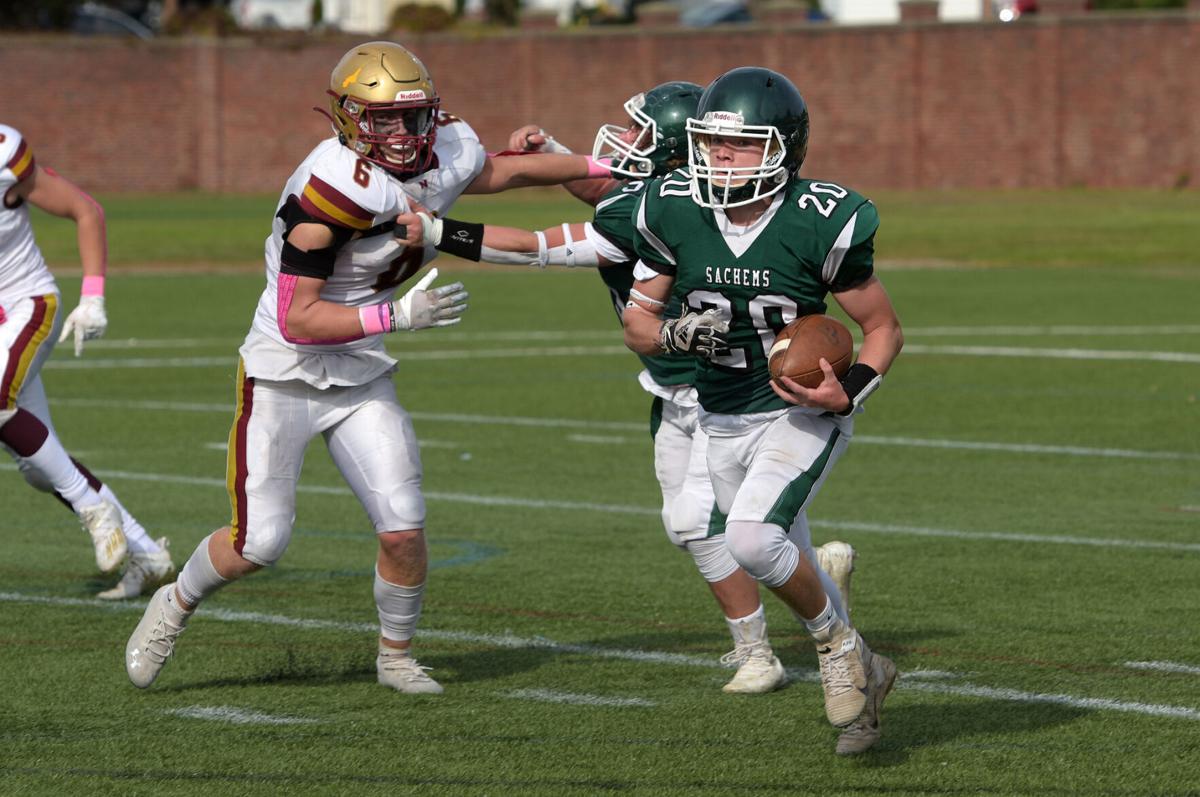 Running back Johnny Igoe has created a nice 1-2 punch on the ground with Pentucket teammate Chase Dwight.

Brandon Lee, seen here making an interception against Newburyport, and the Pentucket defense will have to have a big night on Friday.

From going winless a year ago, the Pentucket football team has had a lot to celebrate this fall.

Receiver CJ Condon has been Pentucket’s top threat through the air this season.

Running back Johnny Igoe has created a nice 1-2 punch on the ground with Pentucket teammate Chase Dwight.

Before the season had kicked off a couple of months ago, Brandon Lee and the rest of his football teammates heard the chatter around the Pentucket hallways.

“There were definitely doubters from the start of the season,” said Lee, a senior and starting slot receiver and safety for the Green and White. “I remember friends asking me if we were even going to win a game this season.

“We’ve always sort of had that underdog battle.”

But the simple fact of the matter is that this year’s group isn’t hiding from its past.

At this point, all 44 guys on the Pentucket varsity roster have heard and read all fall about how they went winless in last year’s Fall 2 season. And, well, here’s adding one more mention to the list. But, for better or worse, that fact has made what Pentucket has been able to do this fall all the more incredible and inspiring.

Pentucket (8-2) is just one win away from earning a trip to a Super Bowl, with top-seeded and Cape Ann League rival North Reading (8-1) the one standing in its way come Friday’s Division 5 semifinal at Lynn’s Manning Field (5 p.m.).

From winless one year to “wonder kids” the next is a story anyone can get behind.

“I think, in terms of expectations, each year you have things that happen that can change your season,” said Pentucket co-coach Dan Leary. “There were some plays that happened last year, really just one or two plays here or there, that could have changed our season entirely.

“Last year, we didn’t necessarily expect that to happen. But the guys learned from it.”

Lee was certainly correct when he said that his team has fought the “underdog battle,” especially at the start of the season. As the year went on, however, and the team piled up win after win, that label slowly went away.

And based solely on seeding, No. 4 Pentucket was the favorite in its two playoff wins over Triton and Old Rochester.

North Reading comes in having won its two playoff games by a combined score of 89-27, and won the regular-season matchup between the two teams 20-0. Although, that score — which is one of the closest games North Reading has had all season — is still a tad deceiving.

The Hornets — who are led by explosive sophomore running back Will Batten, senior quarterback Alex Carucci and electric weapons Craig Rubino, Ryan McCullough and John Jennings — are averaging 39.5 points per game, but against Pentucket scored on a punt return and a turnover that set them up with great field position.

They still, of course, won the game while keeping Pentucket scoreless.

But it was no blowout.

“I think we were just nervous from the start and they tired us out,” said Lee, a Groveland native. “We didn’t cash in when we had the chance and we turned the ball over in critical moments. I thought the score didn’t refelct how we played.”

North Reading went no-huddle on offense last time, getting the ball to their playmakers in space.

It’s not like it’ll be an easier to defend this time, but the Green and White are confident in their preparation and gameplan.

“North Reading is a very talented team, very athletic,” said Leary. “They have explosive players in all three phases of the game. They make you defend the entire field. But any chance you have to play a team you’ve played already, you’re excited to get back at them.

“For us, we’re always trying to play assignment football. If we play a mentally strong game and a physical tough game, we’ll be in it.”

But defensively is where Pentucket will have to shine.

“We’ve been preparing all week,” said Lee. “I think we have to go in confident. Last time, we got down on ourselves pretty early.”

No matter what happens Friday night, though, Pentucket’s turnaround season has been nothing short of remarkable.

“I’m tremendously proud of what our teamamtes have done, what our coaches have been able to do,” said Lee. “I’m excited to see how good the team can be in the coming years.”