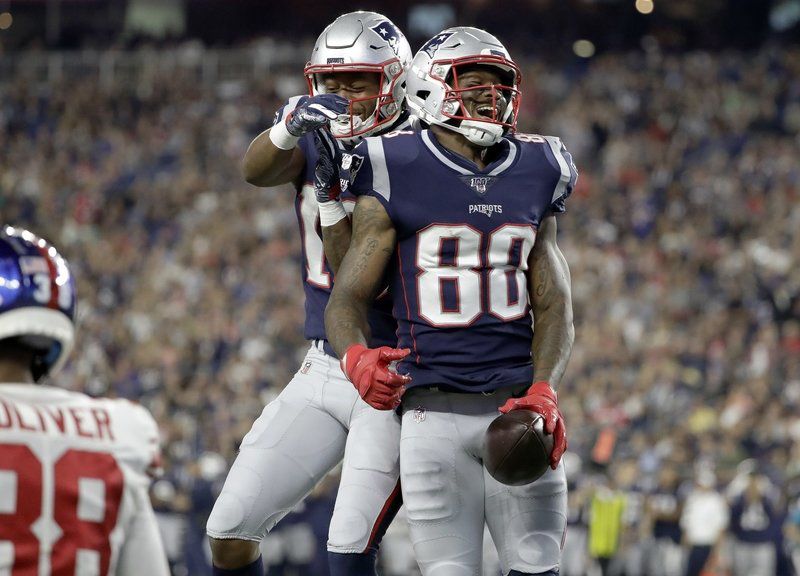 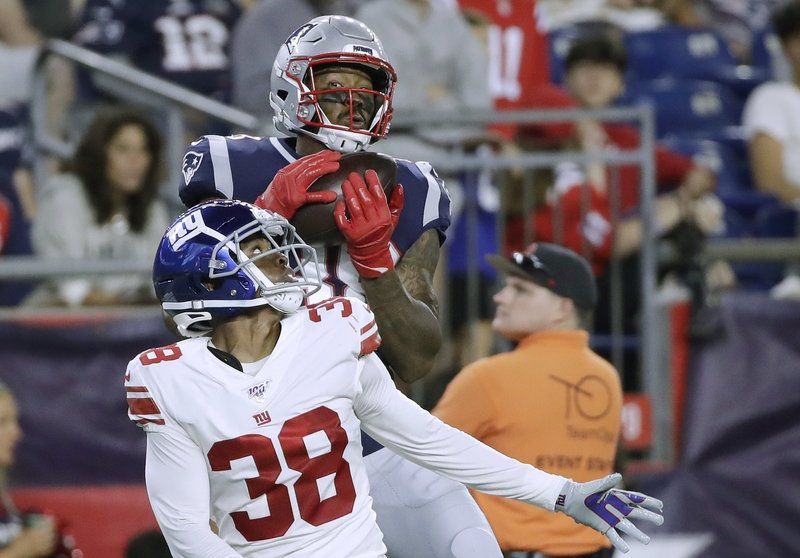 FOXBOROUGH — It’s not always easy for veteran receivers to make it in New England. We’ve seen hugely successful players come to Foxborough and struggle to recapture their former glory, whether it’s guys like Chad “Ochocinco” Johnson who made the 53-man roster or others like Reggie Wayne who didn’t make the cut at all.

Yet despite coming off a devastating Achilles injury that limited him for much of the preseason, Demaryius Thomas has so far bucked that trend.

Thomas was back at Gillette Stadium on Monday, having re-signed following a release that amounted to a procedural formality — the team needed to cut a vested veteran so they could keep rookie N’Keal Harry on the 53-man roster long enough to make him eligible to return from injured reserve. When he was originally signed back in April, expectations weren’t particularly high given his age and recent injury history, but since then he has impressed his teammates with his work ethic and attention to detail.

And once he was over his Achilles injury, he showed them he’s still got it physically too.

“He’s big, he’s strong and he’s fast,” said safety Duron Harmon. “It’s tough, you’ve got to figure out when you can get underneath him when you’ve got to stay on top of him, because a lot of big guys you can slid underneath and play an undercut technique, but he’s so fast that you can’t really get caught playing too underneath because then he’ll run right by you, and you definitely don’t want to give up six. He’s kind of like a matchup nightmare.”

Thomas finally got a chance to show off his skills in game action last Thursday, and while he was playing against second and third string players, his performance was encouraging. The 31-year-old receiver made seven catches on eight targets for 87 yards and two touchdowns, among them a brilliant 35-yard score where he spun around his helpless defender and effortlessly made the catch at the goal line.

To the casual observer, Thomas looked a lot like the player that earned four Pro Bowl bids and finishing with 1,000 yards or more in five straight seasons between 2013-16. But according to his teammates, what people haven’t seen is the work he’s put in behind the scenes to get back to this point.

“He knows what it takes to be successful in this league, now in year 10, so it’s been fun to see him work,” said safety Devin McCourty, who was drafted five selections after Thomas in the first round of the 2010 NFL Draft. “We always played tough games when he was in Denver against him, so I think he’s come in and not worried about what he’s done in the past and just worked, and it’s paid off.”

Even when he wasn’t cleared to play, Thomas has been a fixture at practice working on his conditioning, watching drills and learning from the coaches. He learned the playbook, adjusted his game to the system and took every opportunity to prepare so that when his number was called, he would be ready.

“That’s obviously the reason why he’s a great receiver and a professional,” Harmon said. “That’s what it’s kind of been, him asking questions, doing things the right way, and when he had his opportunity he made the most of it.”

Thomas is expected to start the season as one of Tom Brady’s top outside receivers along with Josh Gordon, and at 6-foot-3, 225 pounds, there aren’t too many other receivers who can match him for sheer size and power. While we won’t know for sure just how good he can be until the regular season begins, Thomas has already shown that he could be more than just another washed up veteran.

And if Thomas actually can rediscover his old Pro Bowl form? What a difference-maker he could be then.