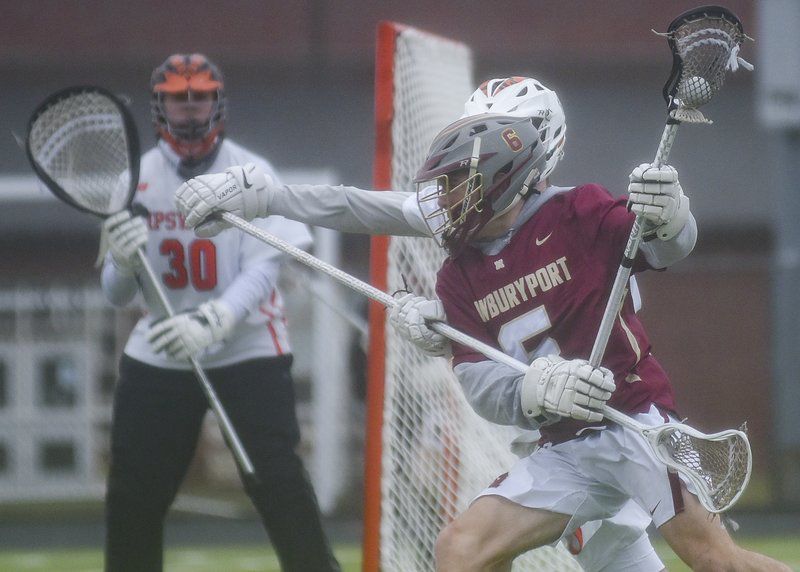 JAIME CAMPOS/Staff photoNewburyport's Max Katavolos, shown here playing against Ipswich for the Clippers last spring, was St. Michael's College men's lacrosse's leading scorer through three games as a freshman this spring before the season's abrupt cancelation in mid-March due to the coronavirus. 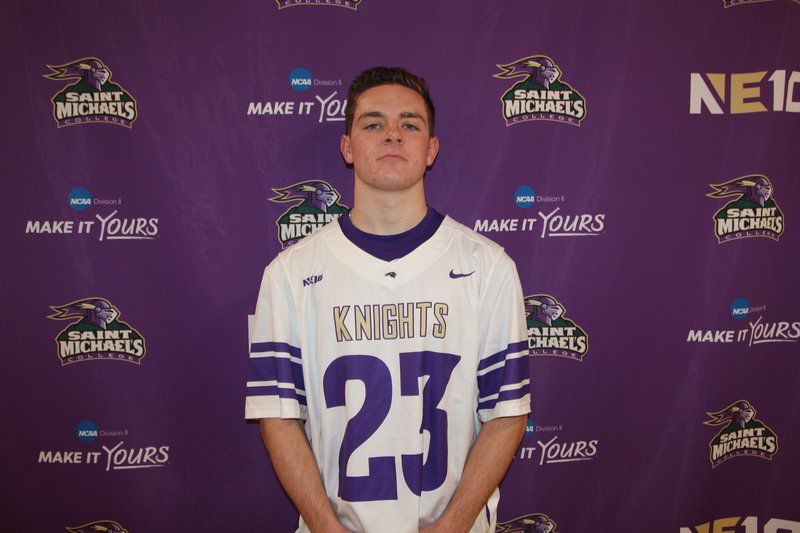 JAIME CAMPOS/Staff photoNewburyport's Max Katavolos, shown here playing against Ipswich for the Clippers last spring, was St. Michael's College men's lacrosse's leading scorer through three games as a freshman this spring before the season's abrupt cancelation in mid-March due to the coronavirus.

A freshman with the St. Michael's College men's lacrosse program, the Newburyport resident was making an immediate impact right out of the gate. Having earned a spot in the starting lineup on opening day, Katavolos scored two goals and an assist in his college debut. The next time out, he added another goal and assist, and then he erupted for a career-high five goals and an assist to lead the Purple Knights to their first win of the season, a 12-6 victory over Dominican (NY).

With the coronavirus pandemic spreading across the country by mid-March, St. Michael's season was cut short after only three games. Katavolos finished the year as the Purple Knights' leading scorer, posting eight goals and three assists for 11 points before the season was officially canceled shortly after their final game.

"We're on like a six-hour bus ride back from New York and we get this email from the school. We were completely crushed," Katavolos said. "It sucks for me, but you got to feel for the seniors, it's their last season and it gets canceled three games in."

As short as it was, Katavolos said he got a lot out of his freshman year. While the final record will only show the 1-2 record over two weeks in early March, that won't ever account for the weeks and months of preparations that went into getting ready beforehand.

"Coming in as a freshman you don't really know what to expect, because it's such a big jump," Katavolos said. "We had a big freshman class and I knew we'd play a big part in our team's success. I didn't know that I'd be playing as much as I did, but we were grinding in the fall, we have good captains who helped with lifting and shooting and everything we needed to know.

"The biggest thing is you're surrounded by a bunch of kids who are completely locked in and ready to play," he continued. "So that was great, to be with all these people who are 100% into lacrosse, you're obviously going to play better."

Katavolos pointed to the regular 6 a.m. workouts and the structured schedules geared entirely towards lacrosse. Nearly every day he would wake up, lift, go to class and practice. If he was ever unsure about anything, the upperclassmen and coaches were there to help, and over time he steadily made the transition and became comfortable playing and training at a college level.

"It's definitely a huge time commitment but it's totally worth it," he said. "After the first win you're like 'this is why I grinded all fall and spring, it was all for this.'"

By the time the school opted to cancel the spring sports season, it didn't entirely come as a surprise. News of the coronavirus threat had been steadily getting worse for weeks, and by the middle of March other conferences were beginning to suspend and cancel their seasons.

Those decisions didn't go unnoticed by the players.

"We were getting pretty worried. If they were canceling that would have a domino effect," Katavolos said. "No one knew our season would be canceled, but once we started getting on the bus to our last game, our coach was telling us it was a high possibility that it could happen."

Heading into the final game against Dominican, the players embraced the old saying "play each game like it could be your last" and put forth their best performance of the season. Coming out of halftime tied 4-4, the Purple Knights outscored Dominican 8-2 the rest of the way, with Katavolos scoring three of his five goals in the second half to help clinch the victory.

Though difficult to accept at first, Katavolos and his teammates eventually came to terms with the enormity of the situation posed by the pandemic. Now, there's nothing left to do but try and stay safe, try to stay healthy and try to stay focused so that when the games do resume, they'll be ready to play.

"The whole thing that's going on is bigger than lacrosse or any sport, you have to accept that that's life," said Katavolos, who has continued training while taking on odd jobs around town to stay busy this spring. "The first month though, anyone who played sports in the spring, we were so confused. It was horrible. We trained, especially being a spring sport, you're training all year and you only get to play three games, it's so disappointing. But it's not like it was canceled for no reason, it's obviously a serious problem going on."