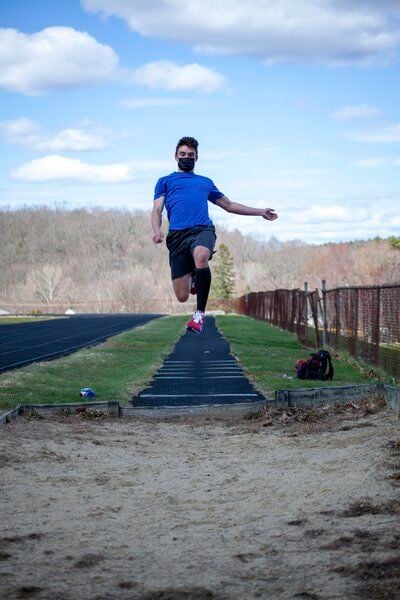 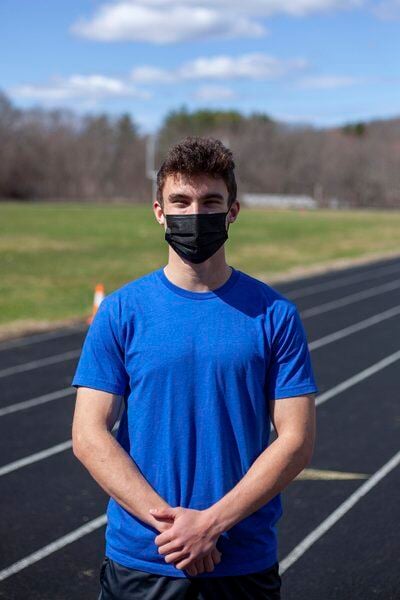 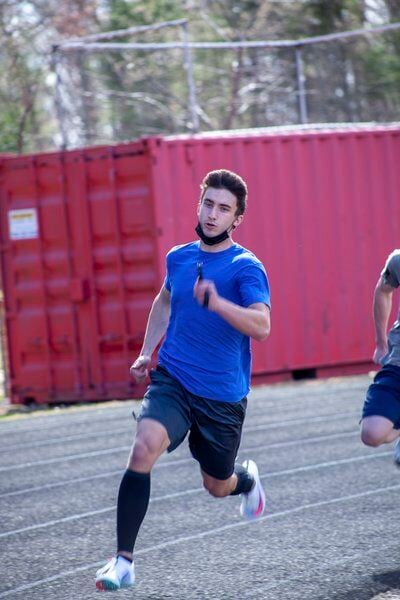 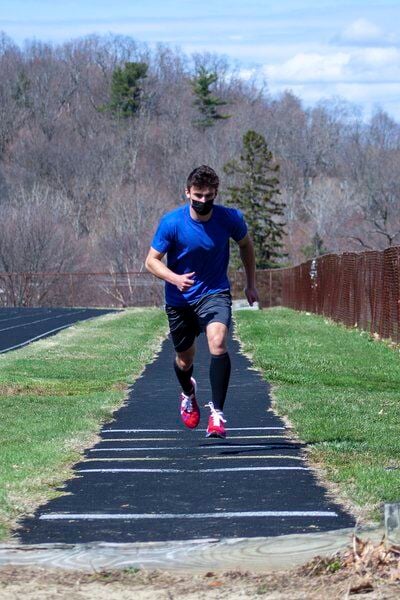 AMESBURY — By all accounts, Ben Ayotte had finally arrived. The Amesbury track athlete had long shown promise as a talented sprinter and jumper, and during his junior season of indoor track he put it all together to help lead the Indians to an undefeated CAL Baker championship season and the program’s first ever Division 5 title.

But then, in the blink of an eye, Ayotte’s momentum was stopped in its tracks.

With the onset of the coronavirus pandemic, the 2020 outdoor track season was cancelled. As a result, Ayotte lost the opportunity to carry his training into what could have been a historic spring season, and when all was said and done it wound up being nearly a full year before he got the opportunity to compete again.

Yet that didn’t stop Ayotte, who by now was fully committed to the sport and was determined to be ready whenever the next opportunity came.

“He was running the whole time,” said Kevin Johnston, Amesbury track’s sprinting and jumping coach. “I’d be playing tennis on the courts and he’d be on the tracks running on his own or with some friends. He had a lot of self motivation.

“He did that from last March until we started in February,” Johnston added. “It made it a lot easier when we did start. He didn’t really miss a beat.”

All of that effort has paid off in spades, as this Fall 2 season Ayotte has picked up right where he left off and re-emerged as one of the area’s top overall performers.

So far Ayotte owns the area’s top time in the 300-meter dash (37.5), is tied for the second highest long jump (5-8) and remains the reigning Division 5 champion in the long jump, setting a personal best 20-5 3/4 at last winter’s championships. He also anchors the Amesbury 4x400 relay team and has played a key role in leading Amesbury to a perfect 2-0 start.

“It’s been awesome, I missed it so much and I love racing,” Ayotte said. “It’s what I truly enjoy, so being able to do it after not having done it for so long made me so happy.”

Though Ayotte has competed in track since he was young, he largely approached the sport as a fun thing to do through his first two years of high school. After Amesbury’s outdoor track team placed second at the 2019 Division 4 championships his sophomore year, he began to take the sport more seriously and saw his performances improve dramatically as a result.

Around that same time he was also inspired by former teammates Charlie and Caroline Schissel, the latter of whom became Amesbury’s first-ever All-State champion and now runs Division 1 track at UMass Amherst. Ayotte himself has since earned his own Division 1 opportunity at UMass Lowell, and when all is said and done Amesbury head coach Ernie Bissaillon said he could potentially go down as one of the program’s all-time greats.

“He’s right up there as far as his performances and his leadership ability,” said Bissaillon, who compared Ayotte to former Amesbury and Holy Cross track star Freddie Halloran. “He’s the type of person you want in your program.”

Given the long hiatus from competition, Ayotte and the rest of the Amesbury track program are taking a patient approach to the Fall 2 season. While they do aspire to win the CAL title – and right now are certainly the favorites – the Indians’ long-term goal is to be ready for a potentially huge outdoor season.

Once there, Ayotte has his sights on the 100, 200 and 4x100 relay, and after losing his big opportunity last spring, he’s excited for the chance to make up for lost time.