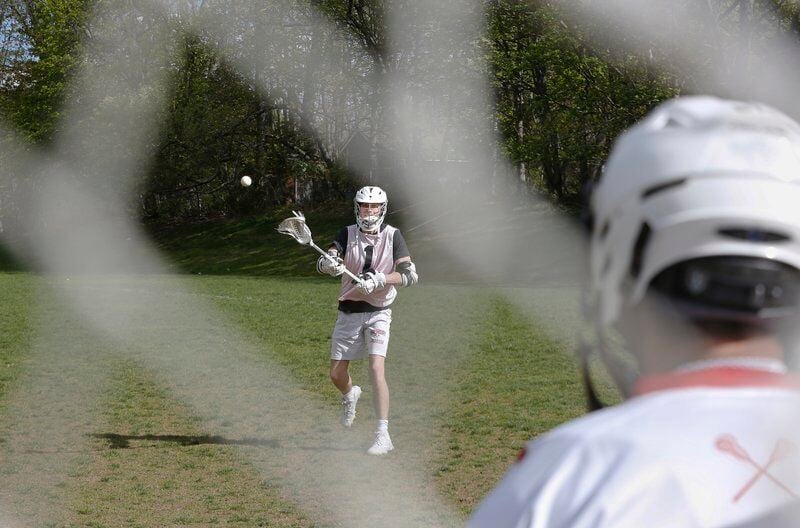 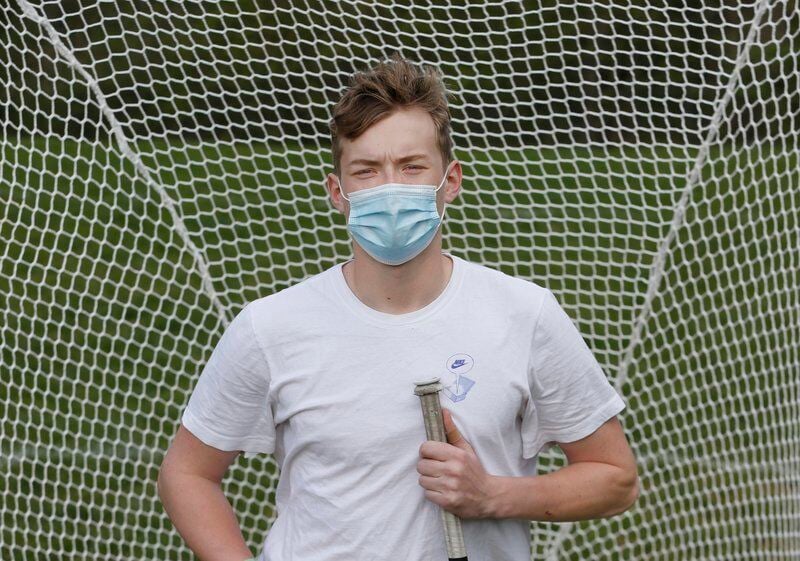 MIKE SPRINGER/Staff photoAmesbury High graduate Miles Franey, who just finished his freshman year at Plymouth State University in New Hampshire, was one of the founders of the Amesbury boys lacrosse program and was supposed to be a part of its first varsity season as a senior last spring before the season was canceled due to the pandemic. Instead he will be taking part in this year's inaugural season as an assistant coach. 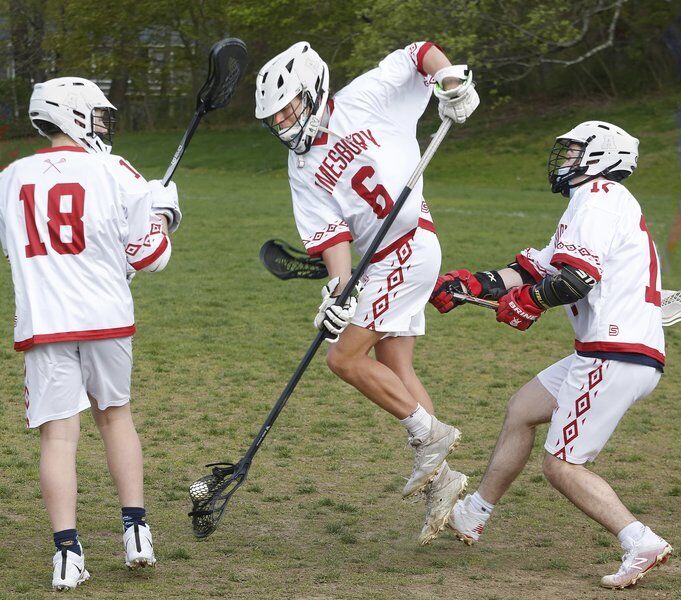 MIKE SPRINGER/Staff photoAmesbury High graduate Miles Franey, who just finished his freshman year at Plymouth State University in New Hampshire, was one of the founders of the Amesbury boys lacrosse program and was supposed to be a part of its first varsity season as a senior last spring before the season was canceled due to the pandemic. Instead he will be taking part in this year's inaugural season as an assistant coach.

Last spring had been circled on Amesbury boys lacrosse’s calendar for a long time. Years earlier a group of youth standouts had petitioned school officials to establish a boys lacrosse program, and when those efforts paid off the young Indians honed their skills for two years as a JV program. Finally, when 2020 arrived, the now senior-laden group believed their time had arrived and that their inaugural varsity season would be a special one.

But it wasn’t meant to be.

Weeks before tryouts were scheduled to begin the pandemic ripped across the world and shut the entire sports landscape down. Amesbury boys lacrosse’s inaugural season would have to wait, and many of the athletes who put so much work into starting the program wouldn’t get the opportunity to enjoy the fruits of their labor.

“It was definitely really tough,” said Noah White, one of the program’s founders who would have been a senior on last year’s team. “The whole team the weeks leading up to the pandemic had been practicing, shooting around, I thought we had a lot of promise ahead of us with a senior and junior heavy team. But it kept getting pushed back and eventually we realized that after all that hard work we wouldn’t get to play varsity.”

Even if most of the founders didn’t get to play themselves, the program they built still endures. Now Amesbury boys lacrosse is finally set to make its varsity debut this spring after more than four years of buildup.

“It’s exciting. I’ve been hoping for this moment all of high school because I’ve been playing since sixth grade and I’ve never been on a varsity squad up until this year,” said Ryan Joyce, a senior tri-captain and one of the team’s top attackers. “But I’m glad it got to happen.”

Though Amesbury will finally get to play this spring, it hasn’t been easy getting to this point even as the pandemic has somewhat loosened its grip. Prior to the season the team’s top returning player, senior defenseman and Dean College commit Braeden Zellen, was lost for the season to a torn ACL suffered playing football. On top of that, it wasn’t initially clear if Amesbury would have enough players to compete when tryouts first opened.

The inaugural Amesbury boys lacrosse team will rely heavily on underclassmen, with just three active seniors alongside two juniors, eight sophomores and three freshmen. Joyce and Zellen said the team has already made a lot of progress, and even if this season winds up being more about developing than necessarily competing for a championship, they have an opportunity to set the tone for the program’s long-term future.

“It’s all about passing the torch right now,” said Zellen, who added that head coach George White has done a tremendous job leading the young team. “We still have a wicked young program and it’s our first varsity season, so we’re trying to build it up for the kids in youth right now so they can compete at the high school level.”

Though he won’t get to play this spring due to his injury, Zellen said he’s grateful for the friendships he’s already made through Amesbury lacrosse and for the opportunity to represent his hometown.

“Amesbury’s home, all of my friends are in Amesbury, and if it meant I got to represent my city again I’d be happy to do it,” he said. “To wear Amesbury on my chest makes me very proud.”

The graduated seniors feel similarly, with White and fellow founder Miles Franey planning on returning to help out as assistants. White said that even though he never got to play, he’s grateful to have played a role in setting the table for future Amesbury lacrosse.

“It’s huge, just because it’s something that is going to be part of Amesbury High for a long time to come,” White said. “I’m glad the program will be there for the younger kids and will help grow the game throughout the town.”

Amesbury will play its first varsity game this afternoon at Manchester Essex before holding its home opener against North Reading on Friday at Landry Stadium. Today’s game is set to begin at 4 p.m. at Manchester’s Hyland Field.