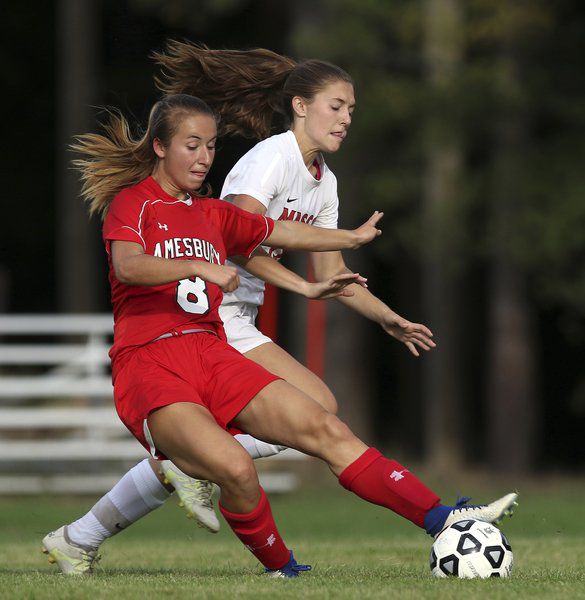 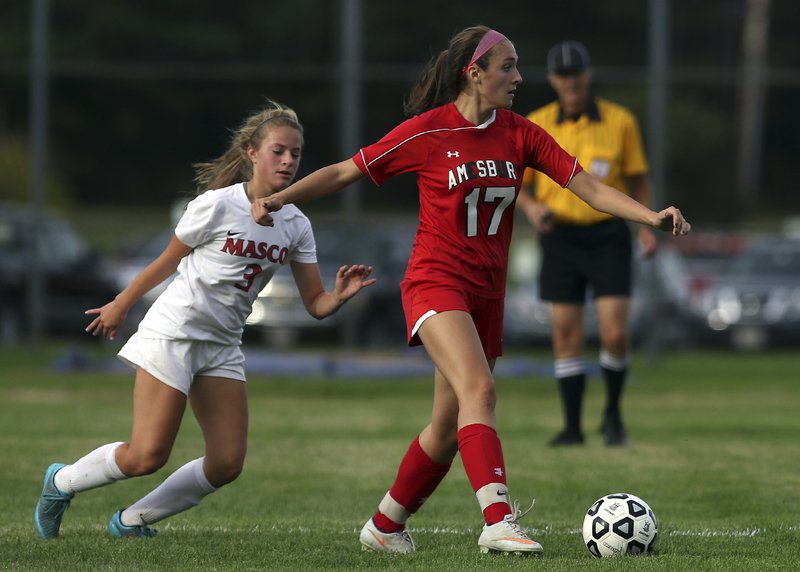 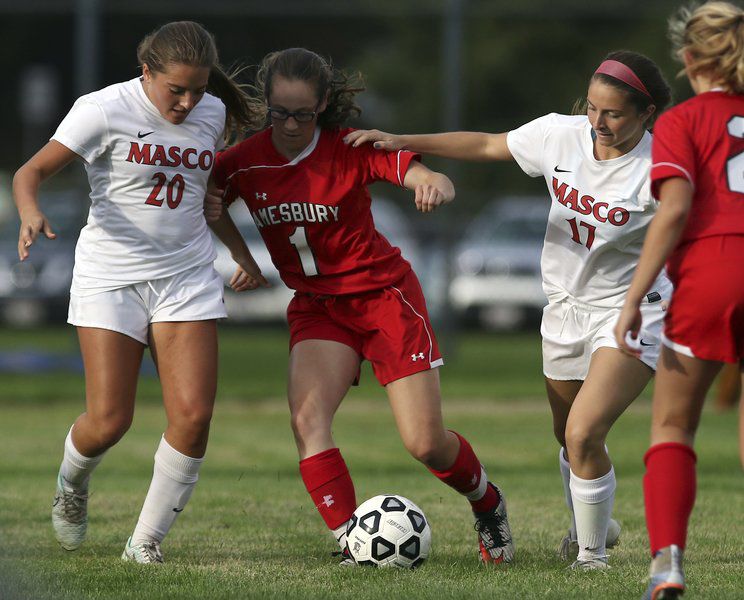 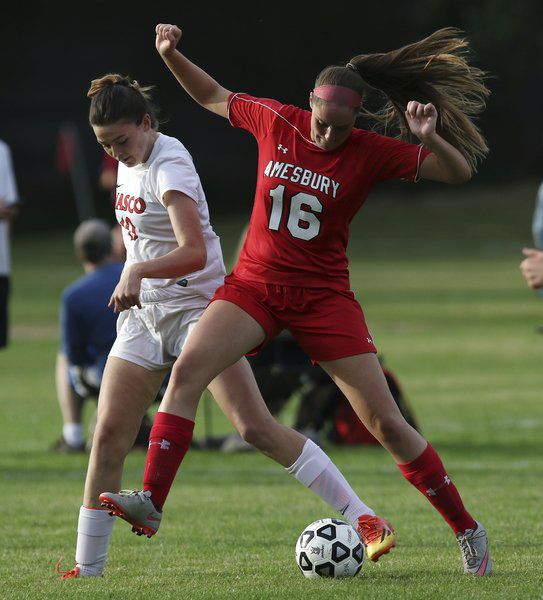 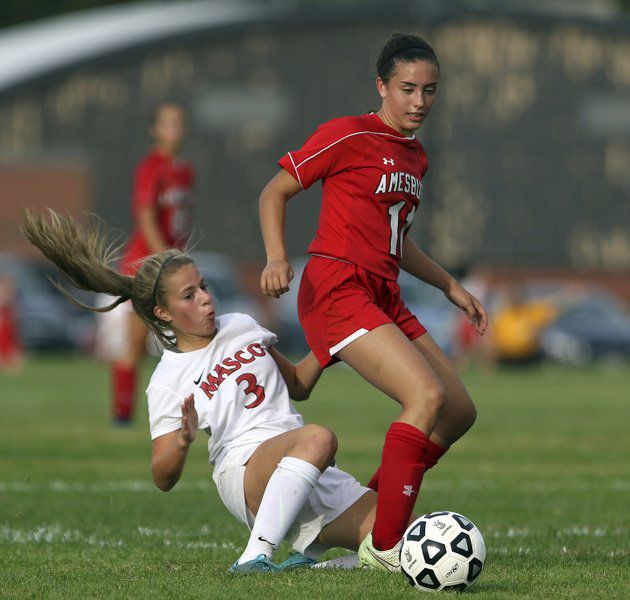 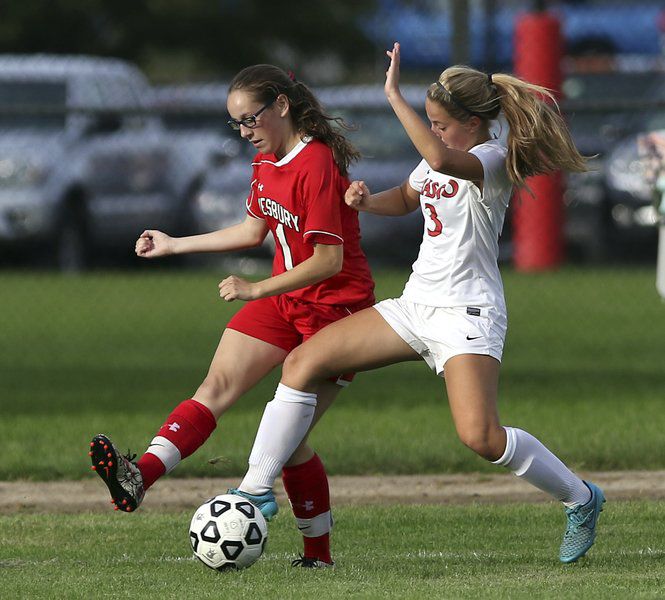 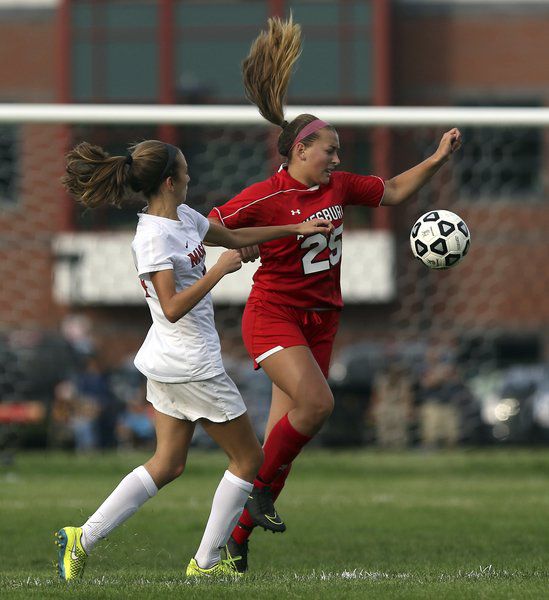 BOXFORD — Although Masconomet dominated play for most of the game, Amesbury freshman goalkeeper Ali Napoli allowed just one goal through 80 minutes of play. She made several big saves to give her team a chance, but the 1-0 lead held up as the Lady Chieftains picked up their fifth win of the season.

Masco kept the pressure on, and got on the board in the 17th minute of the game when Nikki Arrington gave Samantha Jackson a perfect pass to send her in alone. Jackson blasted a low shot into the left corner of the net that Napoli had no chance to get to.

Team speed gave the Chieftains a distinct edge, and they peppered Napoli with a dozen shots in the first half alone with run after run, and four corner opportunities.

“We had no energy,” said Indians coach Adam Thibodeau after his team suffered its second loss of the season (3-2-2). “We did make a good push in the second half when we started to play as a team and stuck to the game plan.

“Napoli is a great asset to our team, and she came up with several big stops. Masconomet has a strong team and good players.”

The best chance chance for Amesbury in the first half came with 15 minutes left when a shot hit off the crossbar. The hosts meanwhile had more than their fair share of looks at the goal.

“We must have taken over 30 shots,” said Masco coach Paul Yanakakis. “Obviously, that’s something we’ll work on in practice tomorrow. We need to finish and had some excellent chances to add to the lead, but their goalie denied us.

“We’ve played five games in the last two weeks, and go to Ipswich on Thursday. Right now we’re really banged up. At the start of the season we won four games in a row, but lately we’ve been struggling at bit (5-2-1). We’ve got kids out with injuries, and missed one of our starters Kate Drohosky today. Erin Donovan stepped in and was doing a great job until she was injured. I’m afraid it might be a broken nose.”

Donovan had to leave the game after being hit in the face in the first half. Amesbury came out stronger after halftime, but the Masco defense did a great job breaking up runs.

“We stayed composed as a team,” said Yanakakis. “Our defense is new with not a lot of returning starters, but they all did an excellent job. Ani Nazarian, Ceci Martignetti, Sydney Brooke, Alysha Prouix-Walter, and Travis Pratt had great games.

“Center midfielder Sophia Woodland has played every minute of the last four games, and is outstanding. Jackson and Arrington have so much energy; they provided a spark.”

Amesbury threatened five minutes into the second half when Emma Richardson blasted a hard shot, but Masconomet keeper Katie Pelletier made the save. The best chance for the Indians came with only a few seconds left in the game when Chelsea Lynch was alone right in front of Pelletier, but couldn’t get a good shot off before time expired.

“What unfortunate timing on our part,” said Thibodeau. “We waited until the end to have our best opportunity.”

Amesbury senior captain Mollie Lynch was injured in a collision with 10 minutes left in the game and did not return. Junior Schuyler Snay had a strong game for the Indians at midfield.

The visitors pulled everybody up late in the game as they tried to get the tying goal. Chelsea Lynch made a good run, but it was broken up by Martignetti. Nazarian used her speed to step in front of passes by the Indians and turn the ball up field.

“We dominated play, but I would have been happy if we could have scored again,” said Yanakakis. “That was too close right at the end.”