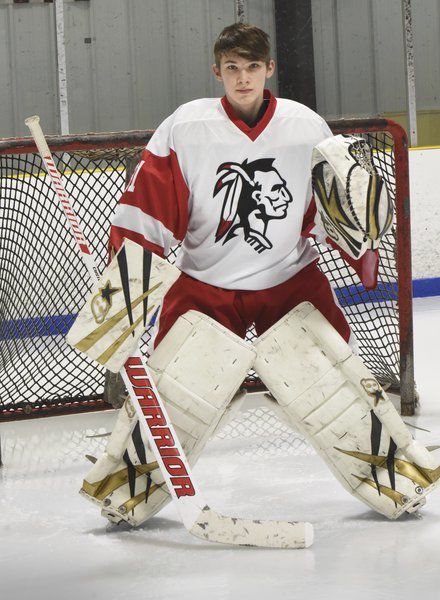 BRYAN EATON/Staff photoAmesbury's Tre Marcotte, the Indians' starting goalie as a freshman, has deep family roots in hockey. His grandfather Don won two Stanley Cup titles with the Boston Bruins in the 1970s. 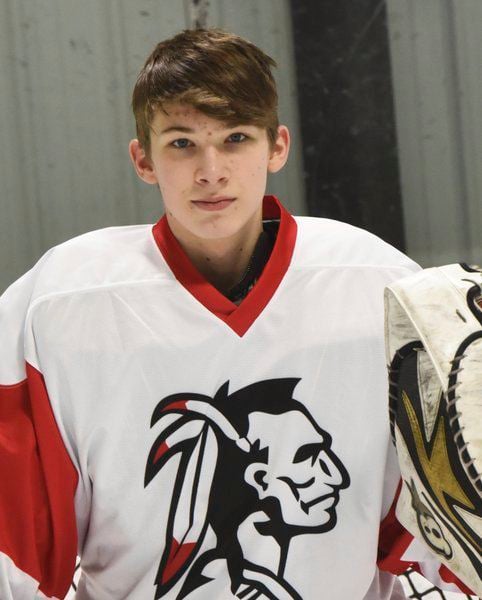 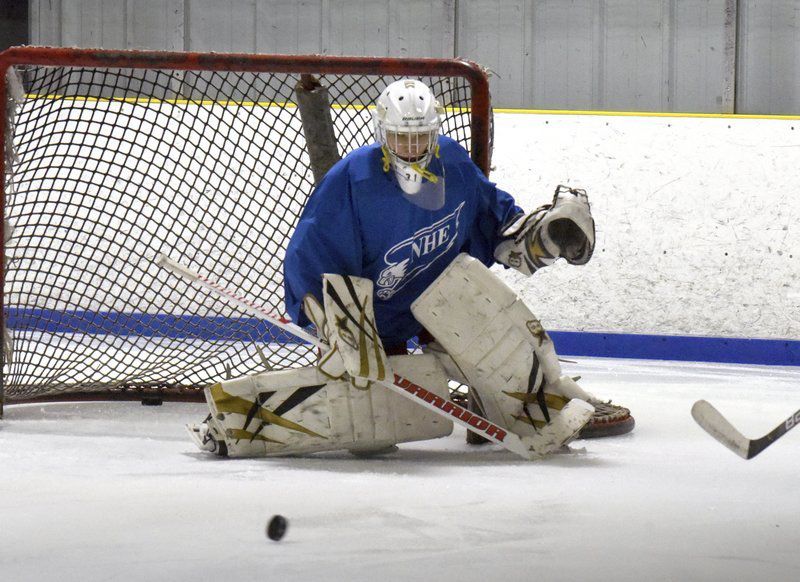 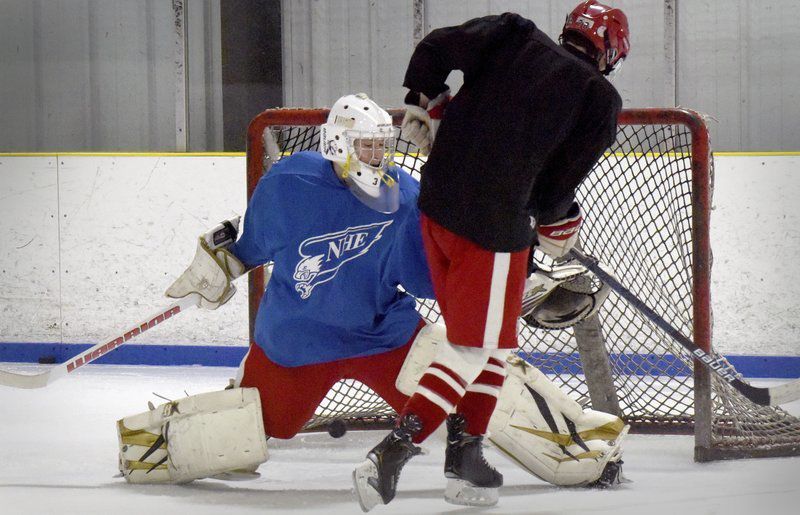 BRYAN EATON/Staff photoAmesbury's Tre Marcotte has emerged as a promising freshman goaltender during his first season with the Indians.

BRYAN EATON/Staff photoAmesbury's Tre Marcotte, the Indians' starting goalie as a freshman, has deep family roots in hockey. His grandfather Don won two Stanley Cup titles with the Boston Bruins in the 1970s.

BRYAN EATON/Staff photoAmesbury's Tre Marcotte has emerged as a promising freshman goaltender during his first season with the Indians.

AMESBURY – It’s the conversation every dad dreads, at least at the beginning, and it usually happens in mites.

“It started back then when everyone basically takes a turn in goal,” said Trey Marcotte, an Amesbury High freshman. “My dad definitely didn’t want me to play goal. It’s an expensive position, but I liked it. And I don’t really know why.”

Goalies aren’t made. They are born. And despite having deep, deep hockey roots – as a forward – Marcotte seems destined to be between the pipes.

His ascension to the top spot in the cage as a ninth grader, has been a blessing. And it feels natural.

“I really like playing varsity hockey and being part of the team,” said Marcotte. “I think it’s a challenge. I expected to get a lot of shots, from the past records of the team. After a few practices, I got used to it. I think the shots to the head tend to wake me up.”

If the Marcotte name sounds familiar, it should, especially in hockey circles.

Trey’s grandfather, Don, won a pair of Stanley Cups (1970 and 1972) as a penalty-killing legend with the Boston Bruins. He skated his wing for 15 years, all with the “Big, Bad Bruins.”

His dad, Dan, was no slouch either, ripping it up in the Cape Ann League for four years at Masconomet and later skating in the famed Quebec Major Junior Hockey League, then at the University of Maine and ultimately playing minor league hockey.

Again, he was a forward.

Trey says being Don’s grandson has been pretty cool, especially around town.

“He gets noticed sometimes when we go out to dinner,” Trey said. “And some of my older teachers talk to me a lot about how they used to watch him play. They say he was a great player.”

Trey’s not really a Bruins fan, though. It was all-star goalie Marc-Andre Fleury that first got Tre into hockey. He immediately became a Penguins fan then transferred allegiances to the Vegas Golden Knights when Fleury headed west.

Still, he knows the history here in Boston hockey.

“I’m always talking to him about the too-many-men on the ice penalty (in the 1979 Stanley Cup playoffs against Montreal),” Trey said. “He gets blamed for it, even though it wasn’t his fault. Whenever he drives me to hockey practice, I like to start conversations with him about his career.”

And there are some privileges involved.

“We only go to Bruins games once or twice a year, but when we do, it’s in the alumni seats, a luxury suite,” said Marcotte, who recommends the chicken fingers for sure if you happen to find yourself at the luxury level of the TD Garden.

These days, Marcotte is all about back-boning an Amesbury program that is looking to make strides forward.

The Indians hit Wednesday night’s battle at the Graf Rink vs. Triton with a 3-5 mark.

“I think we are getting better. We’ve had a tough time scoring goals, but the team is getting better all the time,” said Marcotte. “The guys have been there for me. And I’m trying to be there for them.”

Of course, there is one game on the slate that all the Indians have their eyes on down the road a tad.

“Right now, the goal is to beat Newburyport (on Saturday night). From what I’m told we haven’t beaten them in years,” he said.

Marcotte’s career has only just begun, but as he says with hockey, “I’m 100 percent committed.”

The focus is in the classroom and on the ice.

“I don’t really have much time for other activities in school,” he said.

“I used to play baseball, but I started goalie camps, and then there’s a spring league, too.

“I want to go play juniors and play college hockey. There’s no going back now.”

The next Marcotte coming

The Marcotte non-goaltending hockey legacy will indeed continue in Amesbury.

Following in the footsteps of his grandfather, former Boston Bruins Stanley Cup champ Don, and his dad, ex-UMaine standout Dan, young Bodie Marcotte has the making of another good one from the family, playing forward.

A 13-year-old in the seventh grade, Bodie skates for the New Hampshire East Eagle and the Amesbury Middle School teams.

“He’s really good, even though I don’t like to admit it,” said big brother, Trey, now the Amesbury High starting goalie as a freshman. “He just can’t score on me.”