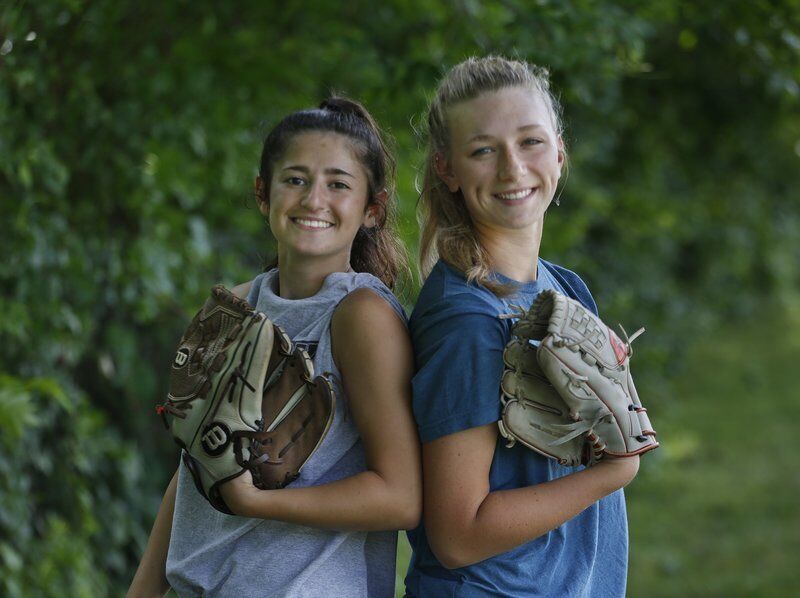 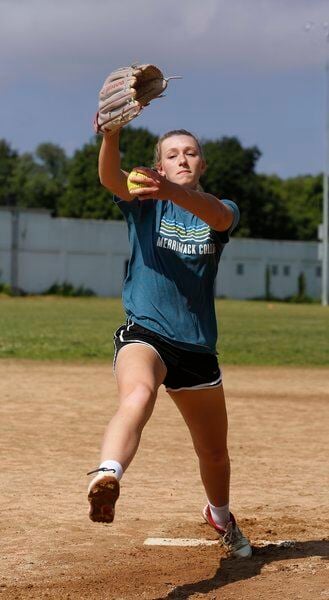 MIKE SPRINGER/Staff photoAmesbury softball’s Olivia DeLong fires in a pitch during practice on Tuesday. The junior has recorded 76 strikeouts in only 31 innings this spring with a perfect 0.00 ERA. 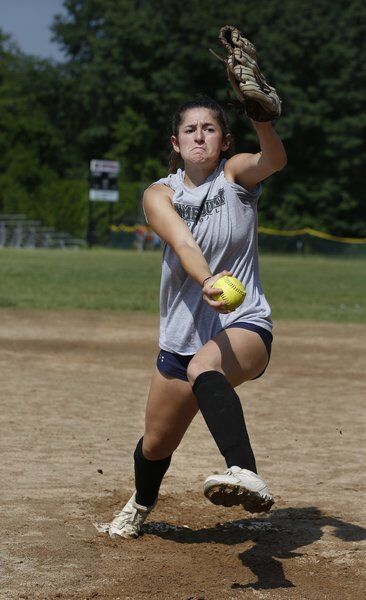 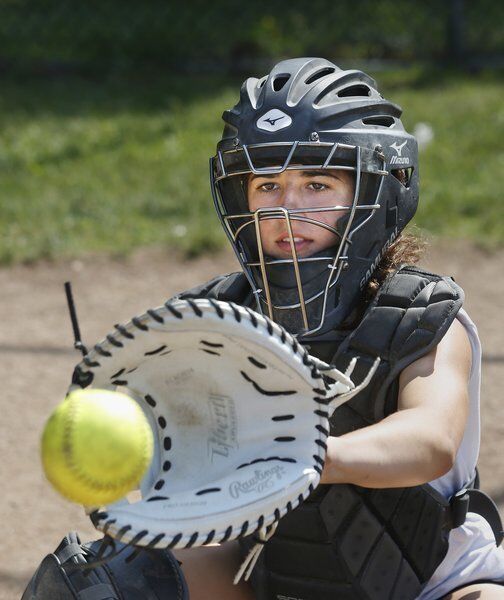 MIKE SPRINGER/Staff photoAmesbury softball’s Olivia DeLong fires in a pitch during practice on Tuesday. The junior has recorded 76 strikeouts in only 31 innings this spring with a perfect 0.00 ERA.

AMESBURY — All afternoon long, Alana Delisle and Olivia DeLong were just dealing. The Amesbury softball juniors each took a turn pitching during the team’s Wednesday doubleheader, and over the course of three hours their teammates could practically kick back and relax as the two aces mowed down Georgetown and Hamilton-Wenham’s lineups.

By the time it was over Delisle and DeLong had wrapped up back-to-back perfect games, an astonishing exclamation mark on what is proving to be among the most dominant pitching performances by two locals in area history.

This spring Delisle and DeLong have been completely untouchable, shutting down opposing offenses to help carry Amesbury to an undefeated regular season and a top seed in the upcoming state tournament. The two have combined to pitch 10 shutouts, six no-hitters and three perfect games in 12 games and have collectively tallied 147 strikeouts in 65 innings while allowing only three earned runs.

Better yet, they’ve each accepted their role as part of a one-two punch in a sport where typically a pitcher of their caliber would get the ball every game for the entire season.

“It’s amazing, I’m living any coach’s dream,” said Amesbury coach Jacquie Waters. “To top it all, they’re both the nicest two people you’ll ever meet. They’re sweet, kind, they’re really great kids and it makes it so much easier. They’re very complimentary to each other, when one does good the other one is all on top of it.”

Delisle and DeLong’s pitching rotation goes back a long way. The two have been teammates in Amesbury since they were young, and coming up as part of a heralded class that also includes junior standouts like Ella Bezanson and Olivia Levasseur the pair always worked together to help their teams thrive.

Beyond offering the other an elite standard to try and match, the two have also helped each other in more concrete ways. For instance, when one pitcher is in the circle, the other is often watching the at bats unfold and seeing if they can spot tendencies their teammates could exploit.

“It’s actually been great because we talk to each other about our pitches and about what each batters do,” Delisle said. “We do well at communicating with each other and making a game plan for the next inning.”

Delisle said she and DeLong are really close off the field as well, and DeLong said that in addition to being a terrific player, her teammate also boasts an outstanding work ethic, which has helped elevate her game and everyone else’s around her.

“She’s one of the hardest workers I know,” DeLong said. “Every sport I play she’s always staying after practice to work.”

As great as Delisle and DeLong have been this spring, Delisle’s younger sister Ella deserves a lot of credit for the pitchers’ success too. As Amesbury’s sophomore catcher, Ella Delisle calls every game and effectively guides the team’s aces through the lineup each time out.

Despite being a first-year varsity player — she missed last year due to the pandemic — Ella still earned the trust of her sister and DeLong thanks to their tireless work together throughout the pandemic. Once the season began coach Waters immediately entrusted her to call the game as she saw fit, and the arrangement has paid off in a big way for everyone involved.

“It’s been great. I feel like we both understand each other and what we can do,” Alana said. “Every pitch she calls I agree with it. I’ve only shaken her off once and I was wrong and I gave up a hit.”

With Ella behind the plate and her sister and DeLong dealing, opposing batters haven’t stood a chance all season. Now with the state tournament set to begin, Amesbury’s elite pitching tandem will face its biggest challenge yet as the Indians look to make another deep run.