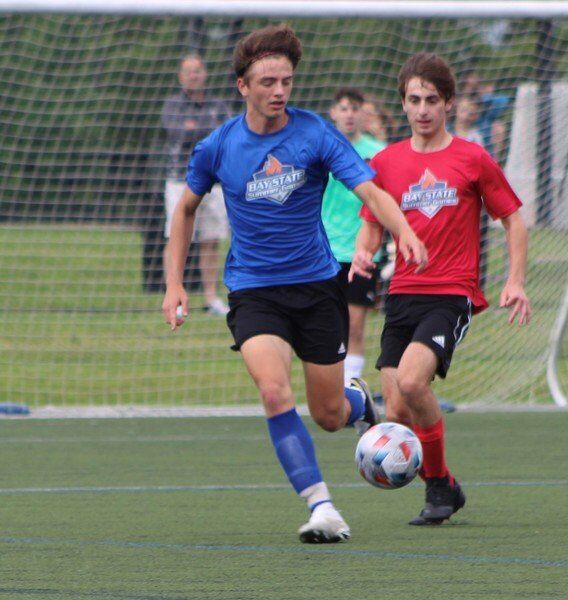 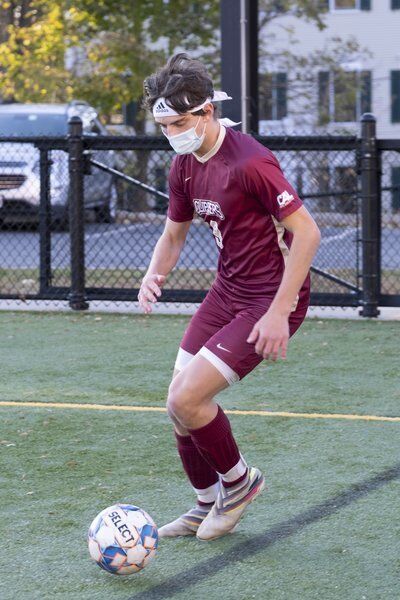 RYAN MCBRIDE/Staff photoNewburyport's Brady O'Donnell overcame an extremely rare disease as an infant to grow into the young man he is today. A talented soccer player, O'Donnell was a Daily News All-Star last year and just took home some prestigious honors from the Bay State Games this summer. 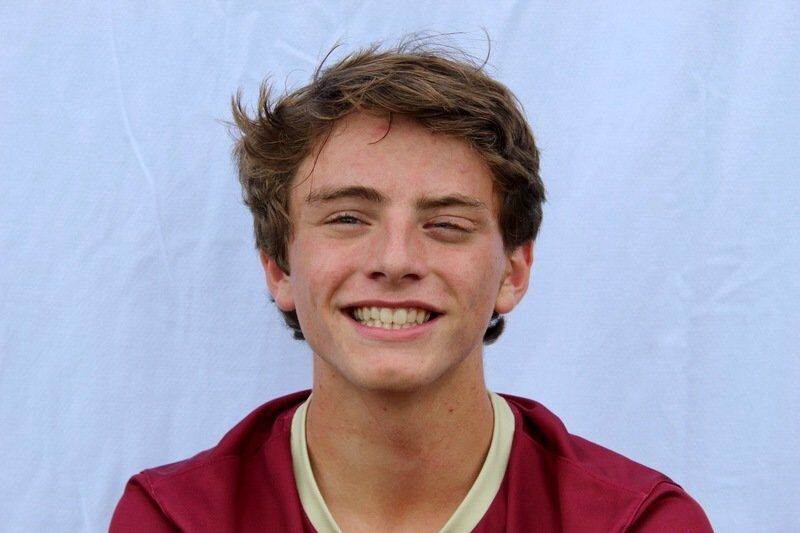 RYAN MCBRIDE/Staff photoNewburyport's Brady O'Donnell overcame an extremely rare disease as an infant to grow into the young man he is today. A talented soccer player, O'Donnell was a Daily News All-Star last year and just took home some prestigious honors from the Bay State Games this summer.

When they saw the email for the first time, both Brady O’Donnell and his mother, Carrie, thought it was too good to be true.

“At first I thought we were being scammed,” said Carrie.

But this was no joke.

The first paragraph congratulated Brady, a rising-senior on the Newburyport soccer team, on being named the Bay State Games’ Male Athlete of the Year. A cool honor for sure, as he had just finished a successful summer playing in the aforementioned Games for Team Northeast.

But that was just the appetizer for the bombshell that came at the bottom of the email.

Scrolling down a ways, O’Donnell was also informed he was being named the National State Male Athlete of the Year, a prestigious honor given to only one person across four separate age and gender categories across the country. He becomes the first adult male from Massachusetts to take home the award in its 27-year history, and he will be honored at a ceremony in Atlantic City on September 29.

“I definitely wasn’t expecting this at all,” said Brady. “I kind of joined the tournament just to have some fun this summer and meet new people, so to have all of this happen is still kind of surreal!”

An appropriate reaction for sure.

But if you’re unfamiliar with his story, this is hardly the most surreal moment in O’Donnell’s life.

You probably heard of O’Donnell after his junior season with the Clippers last fall.

As a co-captain, the forward was the area’s leading scorer with eight goals and six assists in 10 games, and was named a Daily News All-Star after helping Newburyport to a 7-1-2 record and the program’s first ever Cape Ann League championship.

But did you know he did all of that while legally blind in his left eye?

“Going back 15 years ago, we were just thrilled that he was walking,” said Carrie. “He’s certainly overcome a lot of obstacles to be who he is now.”

In 2007, the Daily News did a feature story on Newburyport’s “Miracle Child,” who on his fourth birthday got to throw out the first pitch at a Red Sox game to David Ortiz himself.

That child was O’Donnell.

Born with an extremely rare disease known as linear nevus sebaceous, Carrie and her husband, Chris, were basically told their son would go through life not being able to walk or talk. But after six surgeries at Boston Children’s Hospital to remove precancerous lesions and correct a brain normality — and, yes, many more miracles on top of that — Brady was, by and large, normal.

“I still have blindness in my left eye and have a few scars lingering on my face,” said Brady. “But it never really crosses my mind, especially when I’m playing soccer.”

That same year, O’Donnell was named one of 54 Miracle Children from across the country by the Children’s Miracle Network.

Flash forward to the beginning of this summer, and O’Donnell signed up for the Bay State Games off the recommendations from a couple of friends.

A non-profit organization, the Bay State Games holds Olympic-style events in both the summer and winter seasons for Massachusetts athletes. The summer games consist of 36 different sports, meaning O’Donnell was chosen over hundreds of other competitors for his award.

Now, multiply that number exponentially to get an idea of how many athletes O’Donnell was picked over to win the National State Male Athlete of the Year award.

“I’m just super honored to receive both of the awards,” said O’Donnell. “There were so many kids to choose from between all of the different sports they had.”

If the award was based strictly off of play, O’Donnell would still have a case.

In three total games, he scored both of Team Northeast’s only goals — both in the bronze medal game.

But O’Donnell was chosen for a combination of his incredible story, stellar soccer, superb grades and copious amounts of community service.

A member of National Honor Society, O’Donnell boasts a 4.3 GPA and has made the honor roll every semester of high school.

Outside of the classroom, he volunteers to coach kids aged 3-5 in the Newburyport Youth Soccer league, and he helps coach the 5th-8th graders with Elite Week. He also distributes free Christmas trees to families in need while volunteering for Christmas Tree Santas, and he’s been a “snow angel,” shoveling and raking for his elderly next-door neighbor, since he was little.

So, yeah, he’ll certainly have a lot to talk about when he travels to Atlantic City and meets the other award winners.

“I’m definitely excited to meet the other kids,” he said. “I’ll get to meet people from around the country and hear about their experiences.”

And as far as soccer goes, O’Donnell is predicting the Clippers are going to have another great year this fall after last season’s CAL championship.

With O’Donnell as a captain, that’s probably a safe bet to make.

He’s played club soccer for Rush NE North Shore, along with Newburyport, since his freshman year, and, if circumstances were to allow, would love to play in college. But the No. 1 item on his list is making sure he finds the right school that will help him pursue a degree in pre-med neuroscience — following a pursuit to find out as much about the disease that nearly debilitated him as possible.

But as far as this summer was concerned, it was a time that O’Donnell won’t forget anytime soon.

“I think the coolest part was not even expecting to get those awards,” he said. “But the support I got from my Bay State teammates and my Newburyport teammates was unreal.

“Everyone has been texting me and giving me a lot of really kind support. It’s been awesome!”