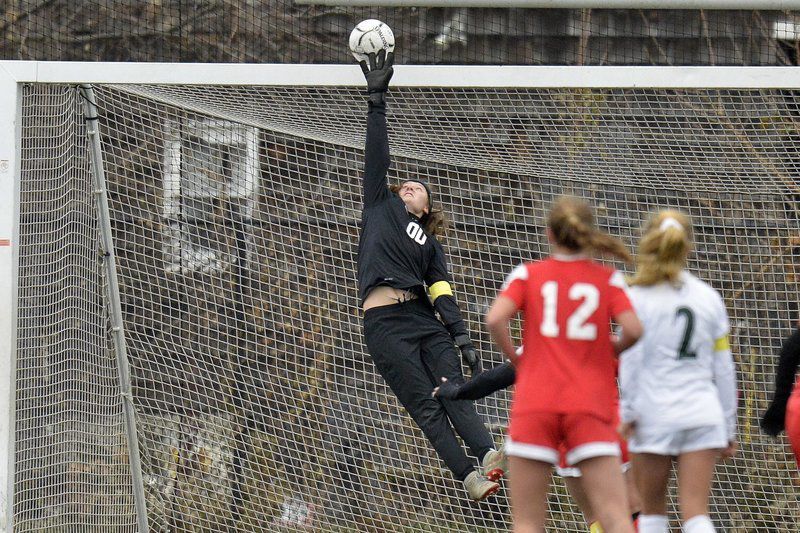 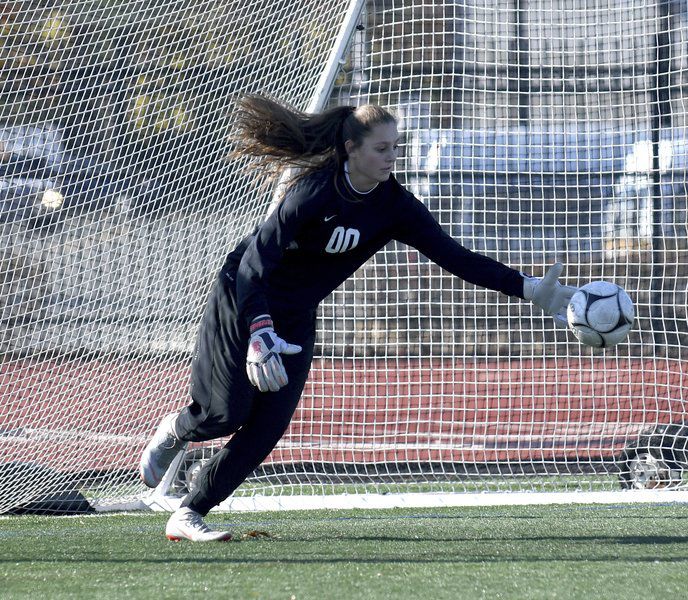 JIM VAIKNORAS/Staff photoAmesbury's Alli Napoli recorded 50 shutouts for the Indians during her four years as starter.

JIM VAIKNORAS/Staff photoAmesbury's Alli Napoli recorded 50 shutouts for the Indians during her four years as starter.

The moment Alli Napoli first stepped on the field, everything changed for Amesbury girls soccer.

Prior to her arrival in the fall of 2016, Amesbury was stuck in a rut. The program had endured three consecutive losing seasons, and Adam Thibodeau, then entering just his second year as head coach, knew going into the preseason that he had a huge void to fill at goalie.

Yet as soon as he saw Napoli during tryouts, he knew his team would be in good hands. Four years and four consecutive sectional titles later, Napoli leaves as arguably the most accomplished player in Amesbury soccer history.

During her four years as starting goalie, Napoli played in 87 games, allowed only 47 goals (0.54 goals per game) and posted 50 shutouts with a .930 career save percentage. She immediately emerged as one of the top players in the league, earning CAL All-Star recognition as a freshman before earning First Team All-CAL each of the last three years since. This year she also earned First Team All-State honors.

Meanwhile, Napoli’s rise coincided with the arrival of a whole crop of other talented underclassmen, and seemingly overnight Amesbury ascended from Cape Ann League also-ran to state powerhouse. Napoli was right at the heart of that success, and it wasn’t long before she started reaping the benefits of that early big-game experience.

“She’s a special talent and she’s worked hard,” Thibodeau said. “I think she benefitted from a really strong defense early that allowed her to get solidified early. She also came in without any real competition early, so that experience early helped her close out a lot of games this year.”

Ultimately, Napoli would help lead Amesbury to two CAL Baker Division titles and four consecutive Division 4 North titles. This year she was at her best in the biggest games, at one point making 28 saves in a historic 1-0 shutout of Masconomet before later saving a penalty kick near the end of Amesbury’s 2-1 shootout win over Manchester Essex in the Division 4 North finals.

Beyond the big plays, Napoli also set the tone for the Indians behind the scenes as well.

“She’s very charismatic, in layman’s terms she’s very Gronk-like,” Thibodeau said. “When she needs to focus she’ll focus, but she can also play that other side and be goofy and fun. You need that attitude and when she gets after you, you know she means business.”

Despite her immense talent, Napoli’s four-year run was no guarantee. It’s no secret that basketball is Napoli’s top priority, and the ultra-talented point guard has already made her commitment to Central Connecticut State University official. She could have easily dropped the sport like she did softball to focus exclusively on basketball, but opted not to.

Why? Napoli said after her team’s Division 4 North final win that her teammates have helped make the sport too much fun to give up, and Thibodeau said he’s gotten the impression that playing soccer has helped keep basketball from getting stale.

“She just likes to play ball,” he said. “Playing multiple sports has helped with her passion for basketball. If she wasn’t such a basketball talent she could go far in soccer too. She’s just a great athlete, she loves to compete, she’s one of those kids that just works.”

With Napoli’s impending graduation, Amesbury will once again have a huge void to fill in net. Luckily for Amesbury, the program is in a far different place now than it was in 2016, and Thibodeau said he’s got two goalies — junior Julia Campbell and sophomore Zena Fitzgerald — who have been pushing for their own opportunities and will be ready when their number is called.

“[Napoli] has been so good for the program and she’s helped the kids underneath her,” Thibodeau said. “I think it was a great time to be in the program for all three goalies, obviously I wish we had a longer time with all of them, but Alli’s worked so hard and the kids beneath her pushed her so far, she knew that if she took a day off she could lose that job.”