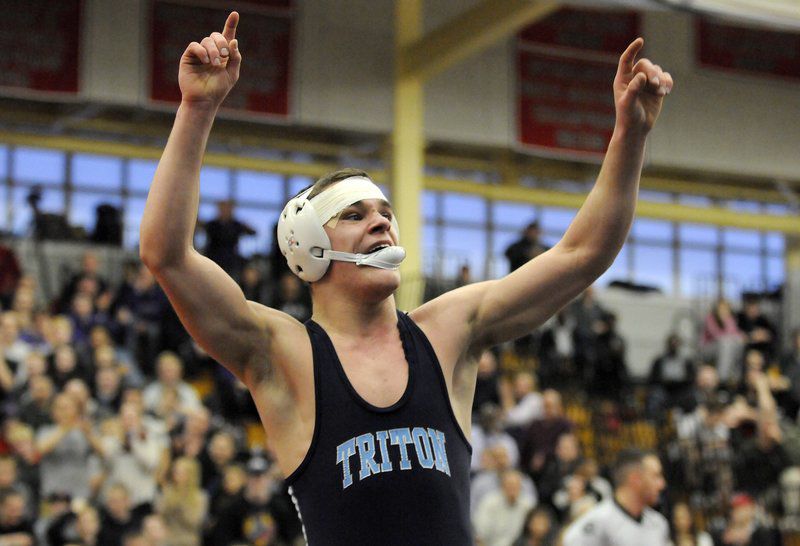 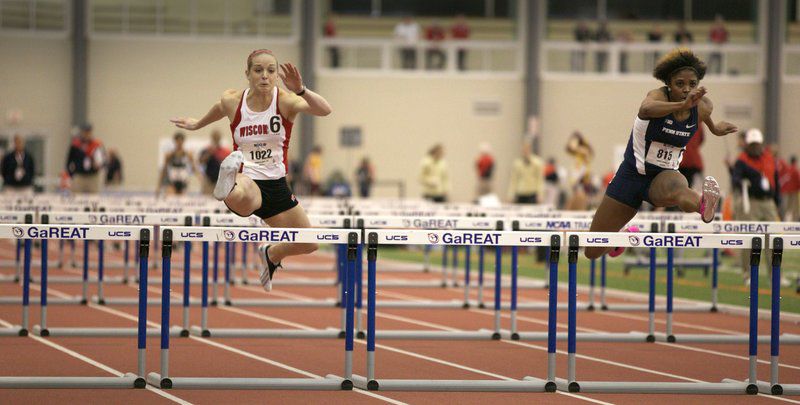 Courtesy PhotoRecord-setting track and field great Deanna Latham won just about every accolade there is to win during her time at Triton. She went on to earn First Team All-American honors in the pentathlon at the University of Wisconsin. 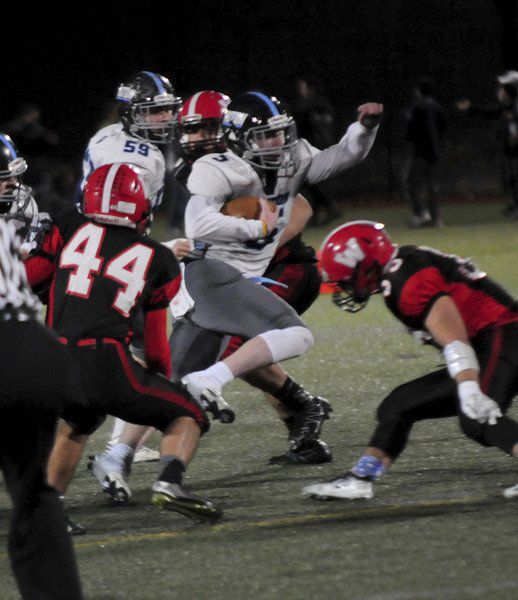 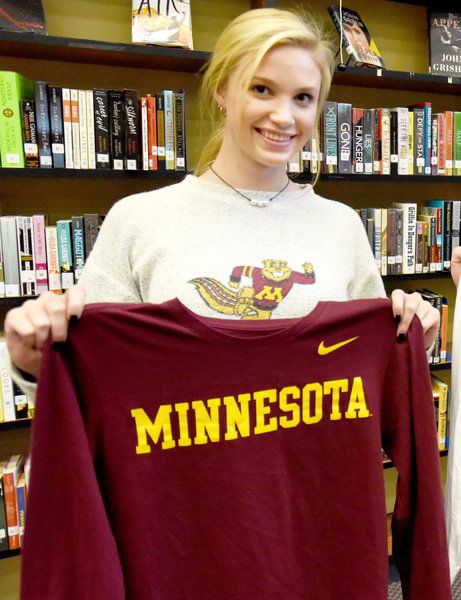 BRYAN EATON/Staff photoTriton's Maggie Summit was a six-time Division 1 state champion swimmer for the Vikings. She will begin her Division 1 college swimming career at the University of Minnesota this coming year. 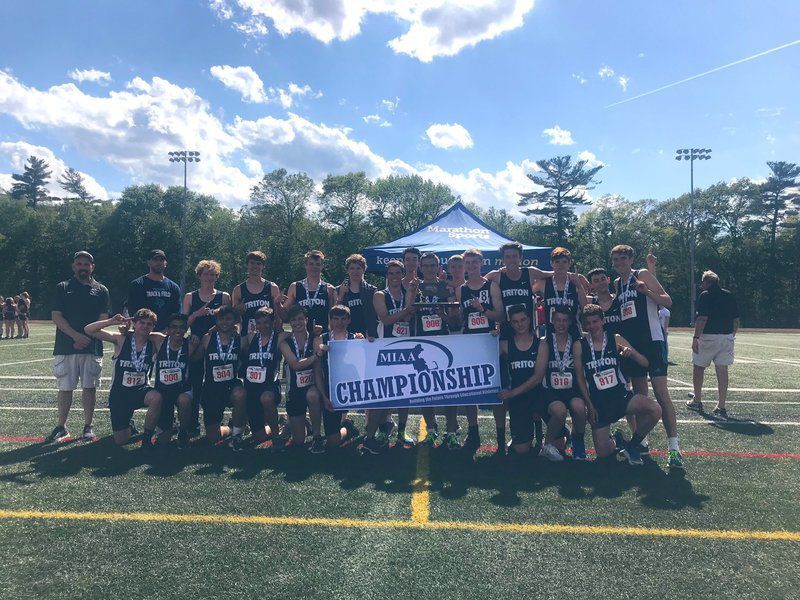 Courtesy PhotoRecord-setting track and field great Deanna Latham won just about every accolade there is to win during her time at Triton. She went on to earn First Team All-American honors in the pentathlon at the University of Wisconsin.

BRYAN EATON/Staff photoTriton's Maggie Summit was a six-time Division 1 state champion swimmer for the Vikings. She will begin her Division 1 college swimming career at the University of Minnesota this coming year.

With the 2019-20 school year fast approaching, we at The Daily News wanted to take one last opportunity to look back at the best moments from the last decade. This week we’ll be highlighting the best of the 2010s from each local school, and today we’ll check out the highlights from the past decade at Triton Regional High School.

Twice in a generation

Deanna Latham is one of the greatest athletes to ever come out of Greater Newburyport. The former Triton track and field superstar re-wrote the record books during her career with the Vikings, and as a senior in 2010 she turned in what remains the greatest indoor-outdoor stretch in area history. Latham won four divisional state titles, three All-State titles and two New England titles in the hurdles and long jump in 2010, and she capped off her career by earning All-American in the 100-meter hurdles and narrowly missing the honor in the long jump at New Balance Outdoor Nationals.

Latham, of course, was only just getting started. She’d go on to become a star pentathlete at the University of Wisconsin, earning First Team All-American honors in 2014. But when she graduated from Triton, it would have been reasonable to assume that the school wouldn’t see an athlete like her again for a long, long time.

Until, of course, Kerstin Darsney stepped foot on campus a few years later.

Another brilliant and versatile athlete, Darsney overcame a serious shoulder injury to become one of the nation’s top jumpers. She burst into the national spotlight after clearing 5-8 in the high jump during the 2013-14 indoor season, a mark that ranked inside the top 10 nationally. She would nearly match that height during the spring at New Balance Outdoor Nationals, finishing in a tie for third but missing out on All-American honors due to an unfavorable tiebreaker.

In the meantime, Darsney dominated nearly every event she competed in for Triton, including the triple jump, long jump, 200-meters and 100-meter hurdles. She won divisional state championships in the high jump during indoor track and the triple jump during the outdoor season, smashing the meet record in the triple jump with a mark of 39-1, nearly two feet farther than the second-place finisher. She went on to win the All-State title in the triple jump, and after her stellar showing at Nationals, she went on to enjoy a standout Division 1 college track career of her own at UMass Lowell.

Kings of the North

Triton football had top-seeded Watertown on the ropes. The Raiders had fumbled four times in the first half and couldn’t seem to get out of its own way, but you knew the battle-tested club out of the highly competitive Middlesex League could turn it around at a moment’s notice.

Yet when they did, Triton was ready.

The 2016 Triton football team fought off a late Watertown rally to win the Division 3 North championship by a score of 46-32, capping off the most successful postseason run in school history while earning a trip to the state semifinals.

“It means the world,” senior captain and lineman Kenny Shute told The Daily News after the game. “This is the first time in history any Triton team has done this. It’s just amazing. I’ve never loved a group of guys more than this. We’re brothers. We truly mean it, we love each other to death and I’d do anything for everybody on this team.”

Led by quarterback Lewi L’Heureux, running back Liam Spillane and a talented core that included standouts like Shute, Tommy Lapham, Christian O’Brien, John Falasca, Ryan Farrell, Bryan Hughes and others, the Vikings finished the historic season 9-3. Triton entered the state tournament as the No. 2 seed, beating Swampscott and Bishop Fenwick at home before going on the road to upset Watertown. While the Vikings wouldn’t fare as well in the state semifinals against Hanover, the team wrapped up the year on a high note, breaking a six-year Thanksgiving Day losing streak to Triton with a decisive 33-18 victory.

For as long as high school wrestling has existed in Massachusetts, there have been sets of brothers who have come along and dominated the mat together. There have been the Diamonds from Wellesley, the Hoehns from North Andover, and even Triton’s own Bateman brothers. But going forward, any conversation about the best sets of brothers in Mass wrestling history wouldn’t be complete without mention of the Boyles.

Mark, Luke and John Boyle all enjoyed historic careers for the Vikings, each capturing a state championship while finishing among the program’s all-time wins leaders before moving on to wrestle in college. Mark, the oldest, won a Division 3 state championship as a senior in 2014 before enjoying a deep run at nationals, finishing just outside of the All-American cutoff. He went on to wrestling Division 1 for Sacred Heart University after graduating as Triton’s all-time wins leader (162).

That record wouldn’t last long, however, as Luke Boyle went on to break it the following year. Luke, a five-year varsity wrestler, finished with 199 career wins and enjoyed perhaps the most thrilling postseason run by an area wrestler in history as a senior in 2015. After being upset in the finals of the Division 3 state meet, Boyle bounced back at All-States the following week, making it through to the finals despite having to rush to the hospital to get a large gash on his forehead stitched up between matches. Once there, he defeated Danvers’ Quintin Holland in a rematch of the previous week’s final to become Triton’s first All-State champion since the 1970s.

Then, to cap things off, Boyle went on to win the New England Championship the following weekend, stunning undefeated New Hampshire state champion Brandon Levesque with a last-second takedown to win 2-1. He finished his season at nationals and went on to wrestle at the Air Force Academy.

John Boyle captured a Division 3 state championship as a senior in 2016, but injuries frustrated him throughout his high school career, so his resume at Triton isn’t as extensive as his brothers’ are. But since graduating, Boyle has reached heights matched by few Massachusetts wrestlers in history, and this past spring he captured an NCAA Division 3 national championship, becoming the first athlete in Western New England University history in any sport to win a national championship, and also the first Greater Newburyport wrestler to accomplish the feat.

When the Triton swim program was first established in 2013, one of the founding members was a seventh-grader named Maggie Summit. Even at a young age, it was clear Summit had talent, and it didn’t take long before the Rowley resident grew into one of the top swimmers in the state.

Summit finished her career this past winter as a six-time state champion, winning the Division 1 titles in the 50 and 100-yard freestyles as a sophomore, junior and senior. She also broke the Division 1 state meet record in the 50 free as a senior (23.30), led Triton to its first undefeated season and Cape Ann League title, and after the season was named the Boston Globe’s co-Athlete of the Year for girls swimming.

Summit also won six North Sectional titles, setting meet records in both the 50 and 100-yard freestyles as a senior. She will now take her talents to the Big Ten as she joins the prestigious University of Minnesota swimming and diving program, which has produced eight NCAA champions and four Olympians.

Four seasons ago, the Triton boys track and field program hit rock bottom. Just a few years removed from a Cape Ann League title, the 2016 boys outdoor track team found itself short on talent and numbers, and the lack of a usable home facility only added to the struggle. The Vikings won only one meet, but the tough spring served as a lesson to the freshman who believed with hard work they could do better.

This spring, that hard work finally paid off.

The 2019 Triton boys track team completed its remarkable turnaround, going undefeated to win the program’s first CAL title since 2011. The Vikings went on to win the CAL Open title as well, and then the following week Triton captured its first-ever state championship. Sophomore Joe Delmonico led the way, taking the state title in the 100-meter dash, and fellow sophomore Graham Stedfast placed third in the mile, breaking a school record that had stood since the 1970s.

Two Years Of Missing You Our H...

Haverhill, MA - A story to begin a friendship. Originally from No. Andover. Served two tours in Vietnam. What do you mean "we lost." He will be missed. Services to occur at a later date.