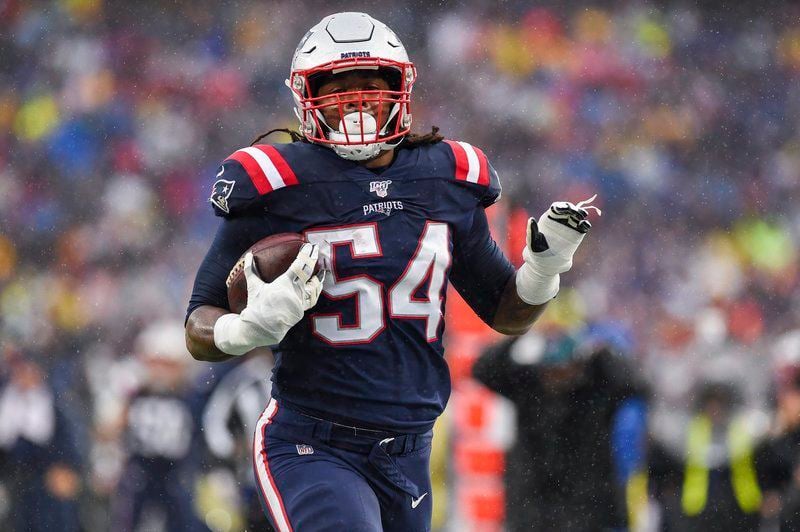 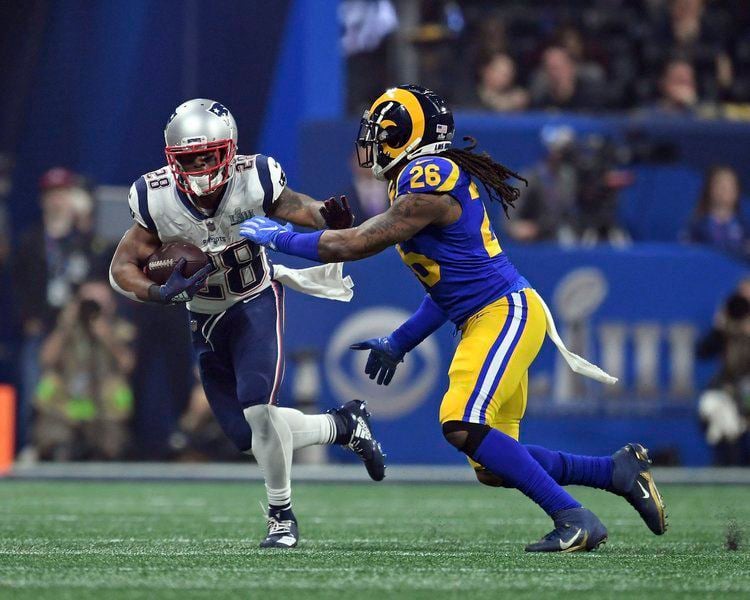 PAUL BILODEAU/Staff photoA key piece in multiple Super Bowl wins, James White is one of the best Patriots of the entire decade. 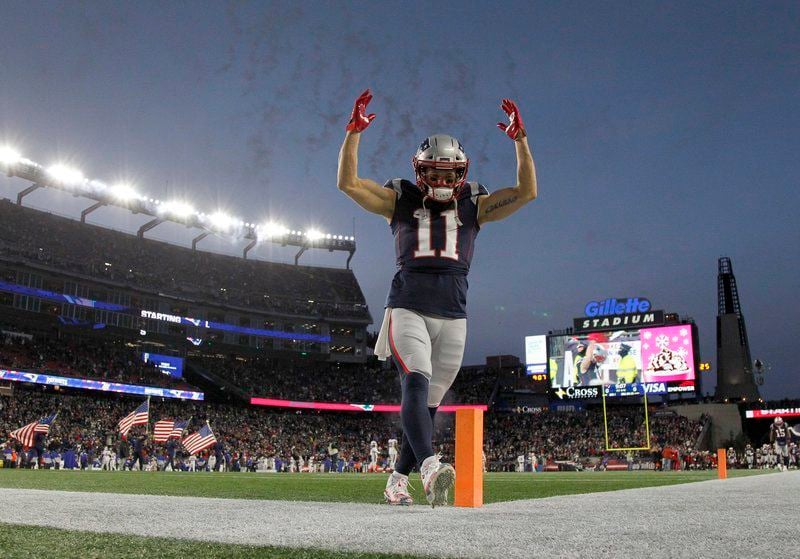 MARY SCHWALM/PhotoJulian Edelman is one of the most important Patriots of the decade. 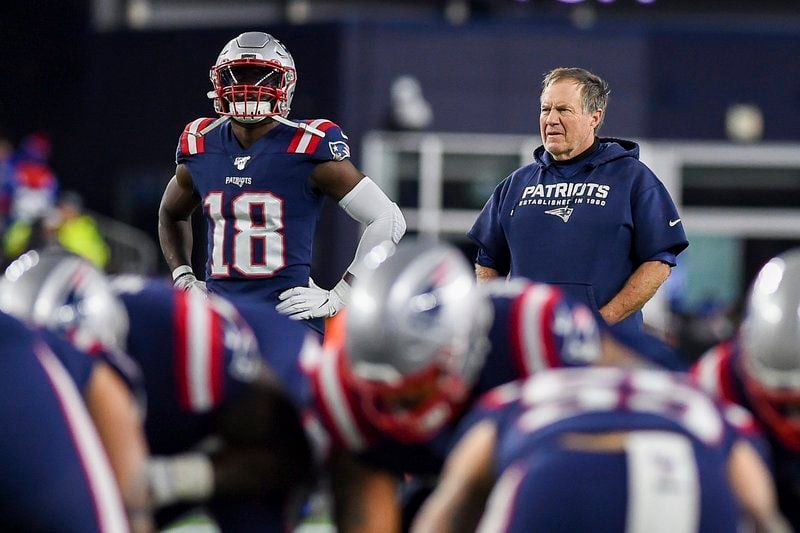 JAIME CAMPOS/Staff photoMatthew Slater ranks among the best Patriots of the decade for his special teams excellence.

PAUL BILODEAU/Staff photoA key piece in multiple Super Bowl wins, James White is one of the best Patriots of the entire decade.

MARY SCHWALM/PhotoJulian Edelman is one of the most important Patriots of the decade.

JAIME CAMPOS/Staff photoMatthew Slater ranks among the best Patriots of the decade for his special teams excellence.

Editor’s note: North of Boston Media Group sportswriters will be taking a stab at the best of the best during an unprecedented run of greatness over the past decade for Boston professional sports. Our writers will be selecting their Top 10 players of the last decade and analysis with their picks. There are several factors considered including longevity, accomplishment and importance to any successes, not in that order. Next up, the Patriots by Bill Burt.

It was quite a decade for your New England Patriots.

Selecting a top 10 and putting them in the proper order (at least my order) is harder than you realize.

There were a few, tough misses, as in Vince Wilfork, who was better last decade, and Rob Ninkovich, who was good but not great.

Here are my top 10 Patriots from one of the greatest decades — playing in five Super Bowls in 10 years — in NFL history:

Where do we begin? Forget about the decade, he’s the best ever … for any team. Like his first decade, he won three Super Bowls. But this decade he went to five, including eight straight AFC title games. This decade was a little different from the last. The first one, he morphed from manager into an all-time great passer and at the end of this one he’s returned to his roots as a classic mover of the chains. Whatever the case, Brady figured out winning beats everything. Brady had given his Patriots teams the lead late in the fourth quarter of all four Super Bowl this decade. The other one, the comeback win over the Atlanta Falcons (down 28-3 late in the third quarter) will never be touched.

We can make the case that Gronk’s decade here, through the 2018 season, was the best ever for a tight end. Unlike most new tight ends, Gronk was a force as a blocker too. But he cut his teeth as Brady’s go-to guy in so many big games this decades. His size – 6-foot-7, 250 pounds – made him a tough cover, but his elusiveness, hands, “catch radius” and clutch play separate him from other all-time greats. He had an amazing 91 touchdowns in 131 games. His last catch helped set up the game-winning TD in the Super Bowl win over the L.A. Rams. A winner on the field and a personality off it. A New England treasure.

The best slot receiver in Patriots history had a decade to remember. After doing a four-year apprenticeship under Wes Welker, ‘Jules’ took off beginning in 2013 as the man. And the next seven seasons separated himself from even Welker in Patriots history. Edelman’s best work was in fourth quarters and in the playoffs. His playoff record as the No. 1 slot receiver read like this: 13 games, 118 receptions, 1,337 yards. And one Super Bowl MVP (last year). He’s made incredible catches in each of the three Super Bowl wins this decade, including the one with his fingertips among two Falcons defenders. In these eyes, he’s a Hall of Famer. Stay tuned.

There are players who represent thew Patriot Way and Hightower is one of those guys. Drafted in the first round in 2012 out of Alabama, the linebacker has become a leader of the defense almost as long as he’s been there. Another big-game performer, some of Hightower’s best work has been in January and, really, February. If not for Brady and Edelman, Hightower could have two Super Bowl MVPs for his play in the wins over Atlanta and L.A. Rams. Hightower is always around the ball. In the Super Bowl win over Seattle it was Hightower’s tackle of Marshawn Lynch at the 2-yard line that set up the game-winning interception. And you know the Pats Super Bowl loss to the Eagles? Hightower was injured. That’s not a coincidence.

Clutch. A winner. Another Brady go-to guy when it’s time to make a play. The perfect Patriot – quiet, unassuming and consistent – White has been part of so many big wins for the Patriots over his five seasons as the third-down guy in the backfield. His 14 receptions and 110 yards, not to mention his six rushes for 29 yards and touchdown in Super Bowl win over the Falcons would have earned him an MVP in most games, except that Brady broke nearly every standing passing record that evening. White continues to be a special performer in this offense, drawing double coverage in a game against Houston, unheard for a running back.

One of only a three players who have played the entire decade as a Patriot, Slater could be a few spots higher if you want to get technical. His worth seems to grow each year. He has been voted to eight Pro Bowls this decade and a first or second team All-Pro in five of those years. He plays on all special teams for the Patriots and recently had a blocked punt that was returned for a touchdown. He is a captain and spokesperson after every game. Another true Patriot. We’re hearing Hall of Fame when Slater is mentioned. He really is that dominant.

No. 32 is probably not a Hall of Famer, but who knows? He has been a Belichick pet from the time he was drafted as a cornerback out of Rutgers. He has become a team leader on and off the field, directing the back end of the defense. He’s not really known for the big plays as much as he is in making sure every defender knows their job. His move to safety earlier in his career opened new doors and earned him a hefty contract. He has been the most durable Patriot of them all, playing in 155 out of a possible 160 regular season games since being drafted in 2010. We can also credit McCourty for the influx of Rutgers guys, most of whom arrived at his behest.

They don’t make them like Stephon Gilmore, who needs a few more years at the same level to sit aside some Patriots cornerback greats, including Hall of Famers Ty Law, Raymond Clayborn and Mike Haynes. We all know how Bill Belichick throws big free agent contracts around … like manhole covers. He gave Gilmore $40 million guaranteed and guess what? He’s been worth every penny. Gilmore is regarded among the top three cover-corners in the NFL the last two years and he has been to Super Bowls in all three of his years here before 2019. Another quiet guy – are we seeing a trend – Gilmore does his best talking on the field.

He had six elite seasons here as the top slot guy under Brady from 2007 through 2012, three in the first decade and three in this one. And all of them were great. Welker averaged 107 receptions, 1,257 yards and eight touchdowns over his three seasons here before bolting for Denver. Welker changed the slot receiver position, opening up the door for a dozens of 5-foot-9-type receivers to make a living in the middle of the field. While Edelman has more memorable catches, Welker got in the end zone nearly twice as often during their best years. Welker missed only one game from 2010 through 2012. An all-time great with the Patriots and really at the position.

A tough call over Vince Wilfork (played four seasons here this decade), Andrews was one of Belichick’s great finds as an undrafted free agent. The Georgia star had some of his best games against some of the best defensive tackles in the sport. He faced off with Rams superstar Aaron Donald many times last February and, though he got help at times, he rendered Donald useless. Andrews has been a starter since early in his rookie year and missed only four games over four seasons before a blood clot in late August ended his 2019 campaign. In fact, we realized his worth this past year as the offensive line was a shell of itself from the 2018.