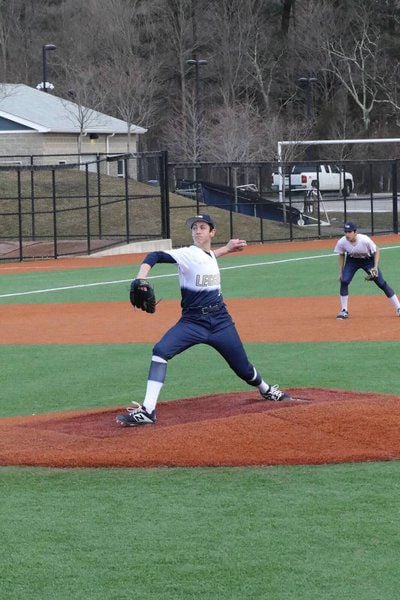 Courtesy PhotoRowley's Thomas White fires in a pitch during a game with the Legends Prospects club. White, a rising freshman at Phillips Andover, is a 6-foot-3 lefty who has already touched 91 miles per hour on the radar gun. 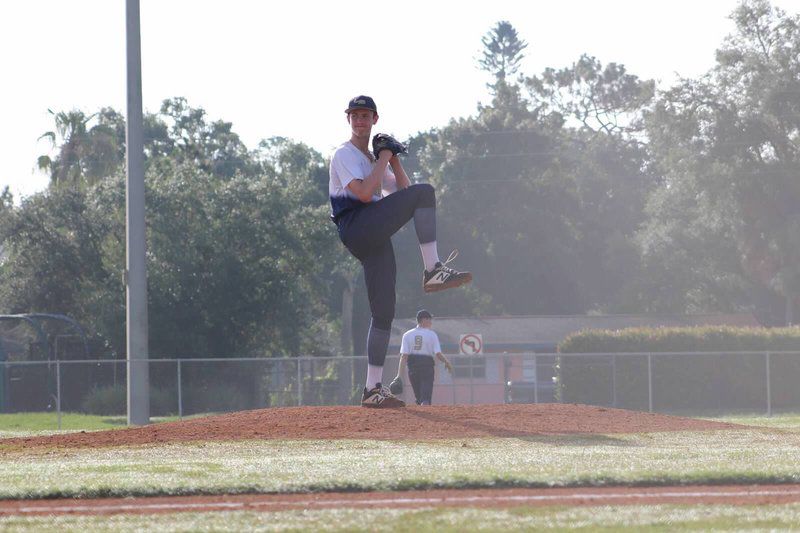 Courtesy PhotoRowley's Thomas White winds up for a pitch. The 14-year-old rising freshman at Phillips Andover recently touched 91 miles per hour on the radar gun and is already considered one of the nation's top baseball prospects.

Courtesy PhotoRowley's Thomas White fires in a pitch during a game with the Legends Prospects club. White, a rising freshman at Phillips Andover, is a 6-foot-3 lefty who has already touched 91 miles per hour on the radar gun.

Courtesy PhotoRowley's Thomas White winds up for a pitch. The 14-year-old rising freshman at Phillips Andover recently touched 91 miles per hour on the radar gun and is already considered one of the nation's top baseball prospects.

ROWLEY — Kevin Graber spends a lot of time around the youth baseball circuit during the summer. As Phillips Andover’s baseball coach, it behooves him to know the top up-and-coming players who might be a good fit for his program.

Graber has seen his fair share of talented players, but few have taken his breath away like Rowley’s Thomas White.

“I saw Thomas throw and I was like ‘oh my goodness!’” Graber said, recalling their first meeting two years ago.

Now 14 years old and heading into his freshman year at Phillips, White has emerged as one of the top baseball prospects in the state. The 6-foot-3, 185-pound lefty is already getting significant attention from Division 1 college scouts, and he recently hit 91 miles per hour on the radar gun.

“You can count the number of kids his age on the planet who can do that with one hand,” Graber said.

Thriving against the best

For the past five years, White has played for the Legends Prospects club out of Middleton in the Elite Baseball League, and this season his team ranked as one of the best 14U clubs in the country. The club won two regional tournaments — the May Day Classic and the Perfect Game Super 25 Tournament — as well as the Elite Baseball League title, and then went on to place second at the Perfect Game BCS National Tournament in Fort Myers, Florida.

Facing some of the best competition in the country, White was electric, striking out 19 over eight innings to earn Most Valuable Pitcher honors. It was here that White hit 91 for the first time, tying the event’s all-time best fastball in the process.

“When I came into the dugout my dad told me, I was surprised, because I’d just hit 89 a couple of weeks before and I was like ‘how did I already get up there?’” White said. “I try to stay humble about it but that was pretty crazy.”

That consistent production, combined with his standout performances in major tournaments, has helped raise White’s profile nationally. He recently attended the 2019 PBR Futures Games in Atlanta, and later this year he will attend the Perfect Game 14U Baseball Festival, where he will be among the top 44 players his age in the country to make the trip to Fort Myers, and also the only one from the northeast.

Despite his prodigious talents, those who have worked with White say the fast success hasn’t gone to his head.

“He’s nice to everyone, polite, a gentleman and a great teammate,” Graber said. “One other thing is, he’s not embarrassed by the attention, but he’s not the type of kid who brags about it. His first priority is to be a good teammate, be one of the guys and help his team win games.”

Graber said that when he first met White, one of his first thoughts was ‘I hope he’s a good student too.’ Phillips Andover, of course, is one of the most selective prep schools in the country, but before long it was clear that White was the type of all-around kid who would thrive in that environment.

White didn’t need much convincing either.

“Everybody was so nice, and coach Graber was awesome, friendly and outgoing,” said White, who recently graduated from Triton Regional Middle School. “It was like too good to be true, but it wasn’t. It was pretty hard to say no to.”

Though he hasn’t been playing in the local program for a few years, White did get his start in Rowley’s little league system and has fond memories of learning the game alongside his classmates, many of whom will be coming up as future stars at Triton in the next few years.

“Oh yeah, for sure,” White said. “Everybody is great here and I have a ton of friends who I’m going to miss here, but I’ll still be around.”

While he’s still very young, the future looks bright for the young pitcher. Over the next few months, White plans to continue working out with longtime pitching coach Rusty Tucker in preparation for his first season of high school baseball. He also plans to play basketball for the Big Blue, work out with his future teammates at Phillips, and then see where high school baseball takes him.

If he keeps working hard and stays healthy, a Division 1 college offer — or even a selection in the MLB Draft — could be in his future.

“He’s certainly trending in that direction,” Graber said. “It’s difficult to say because there are a lot of variables involved with a 14-year-old kid and a lot of time between now and then, but what I see now is a kid who has an incredible work ethic, who is really humble, who has great support in terms of family and awesome parents, and he’ll get a lot of support here as well.”