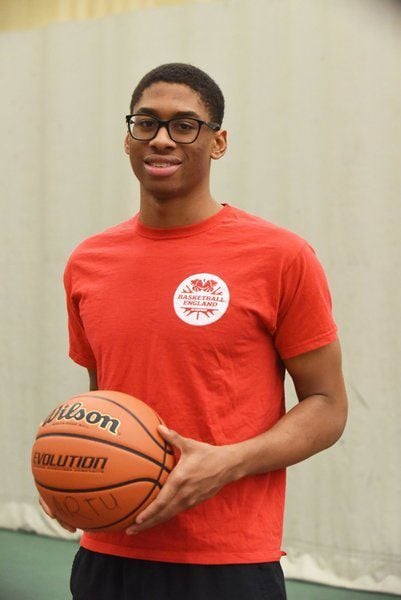 BRYAN EATON/Staff PhotoEljay Morris, a sophomore at the Governor's Academy, is a London native who was recently named to England's U-18 National Team. 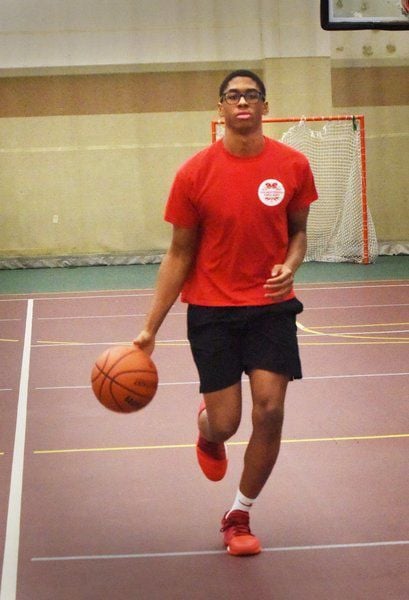 BRYAN EATON/Staff PhotoLondon's Eljay Morris, a sophomore at the Governor's Academy, was recently named to England's U-18 National Team. 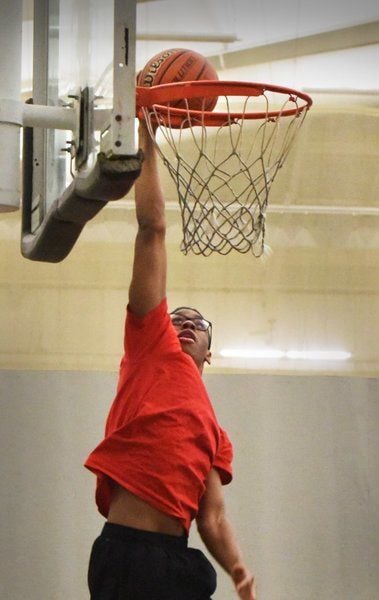 BRYAN EATON/Staff photoEljay Morris, a 6-foot-4 sophomore at the Governor's Academy, throws down a dunk after practice on Tuesday. Morris, from London, was recently named to England's U-18 National Team.

BRYAN EATON/Staff PhotoEljay Morris, a sophomore at the Governor's Academy, is a London native who was recently named to England's U-18 National Team.

BRYAN EATON/Staff PhotoLondon's Eljay Morris, a sophomore at the Governor's Academy, was recently named to England's U-18 National Team.

BRYAN EATON/Staff photoEljay Morris, a 6-foot-4 sophomore at the Governor's Academy, throws down a dunk after practice on Tuesday. Morris, from London, was recently named to England's U-18 National Team.

BYFIELD — When the Governor’s Academy basketball team takes the court, you’ll find players who have come far and wide to elevate their games in hopes of continuing their career at a higher level.

Eljay Morris has traveled a bit farther than most.

A London resident, Morris transferred to the Governor’s Academy for his sophomore year this past summer. The 6-foot-4 small forward has already emerged as one of the top young players in England — he was recently named to England’s U-18 National Team — and now he’s settling in against the high caliber American competition found in the Independent School League.

“He came over here with a purpose, he’s focused on achieving greatness here,” said Governor’s Academy coach Jim O’Leary. “He wants an opportunity to play college basketball in the United States.

Morris first discovered basketball at age 12, where it was introduced as an activity during physical education. Given his height and athleticism, Morris showed enough potential that his teacher suggested he join the school team, and before long Morris discovered he really liked the game.

“I really enjoyed it, started playing before school, after school, any time I could get,” Morris said. “My school is one of the only schools in town that didn’t have an indoor gym, so we’d play outside all the time until it got dark.”

Eventually Morris began taking the sport more seriously, so his mother found him a local club nearby and he started developing his game. As he progressed, he eventually got the attention of the Southeast England coach, and after playing for that regional team was eventually put in touch with Steve Bucknall, coach of the Lewisham Thunder Basketball club and one of the best players to ever come out of England.

Bucknall was a McDonald’s All-American at Governor’s Academy, graduating in 1985 before going on to play four seasons at the University of North Carolina for legendary coach Dean Smith. He was a co-captain at UNC as a senior in 1988-89, and he later spent two seasons playing with the Los Angeles Lakers before playing professionally at various clubs in Europe for 16 years.

As a coach, Bucknall had previous experience coaching the English National Team, and when he met Morris he quickly appreciated his talent and desire to improve as a player. Eventually, when Morris decided he was ready to try his luck in America, Bucknall recommended the Governor’s Academy in large part because of his own experience there.

“Steve Bucknall is probably in the top three players ever to play here, he was a force, they called him the beast cause he was that good,” O’Leary said. “He was a captain for Dean Smith and played for the Lakers for two years, so knowing that Steve had contact with a player like this and recommended him I was pretty excited for the chance to coach him.”

At 6-foot-4, 200 pounds, Morris has impressive size and athleticism. O’Leary said he jumps effortlessly, dunks with two hands and can defend and close out well. He said he’s still working on his ball handling and shooting, but he expects Morris will grow a couple more inches, which would help make him more of a true wing player.

Morris said his biggest challenge so far has been adjusting to the different style played in America.

While basketball has been growing in popularity all across Europe over the past 20 years, it is still considered a niche sport in England. Morris said it doesn’t get a lot of attention, though that has started to change since London hosted the Summer Olympics six years ago.

Morris is currently averaging 4.3 points per game, but he’s certainly benefiting from the tough competition, both against future Division 1 athletes from rival schools like Phillips and Brooks, but also from his own teammates. One teammate, D.J. Frechette, was a former New Hampshire Player of the Year at Nashua South. He’s currently averaging 23.5 points per game and has scored more than 1,500 career points. Another teammate, Joe Pridgen, is averaging 18.3 points per game and is projected as a future Division 1 athlete.

The hope is that this season will help prepare him for another goal when he returns to England after the school year. While making the England U-18 National Team was a big accomplishment, it doesn’t represent the highest level of international competition in the country. The next step would be for him to make Team Great Britain, which includes the top players from Scotland, Wales and Northern Ireland as well.

After that, Morris hopes to one day play Division 1 college basketball, and if he’s lucky embark on a professional career. In the meantime, he’s focused on getting better every day.

“I’m competing against the best players in my country for my age, and I’m very fortunate to be picked and I’ve put in a lot of hard work to get to this stage,” Morris said. “I’m really happy that I’ve gotten to this stage, and the work is just beginning.”