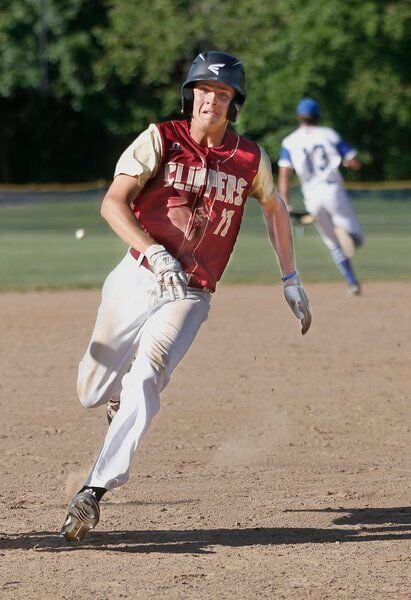 MIKE SPRINGER/Staff photoNewburyport’s Lucas Stallard rounds third base on his way in to score during his team’s Spofford Tournament first round win over Georgetown. The Clippers will play for the tournament title on Saturday against Triton. 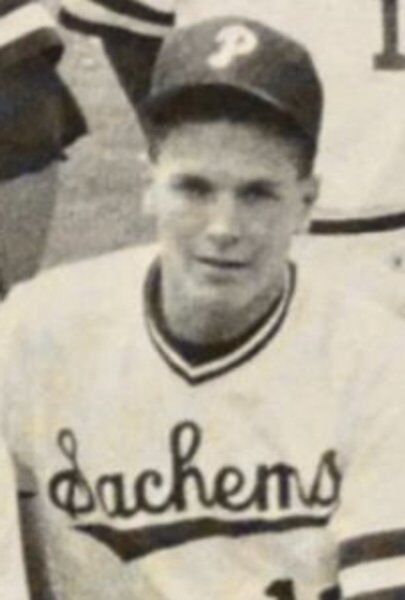 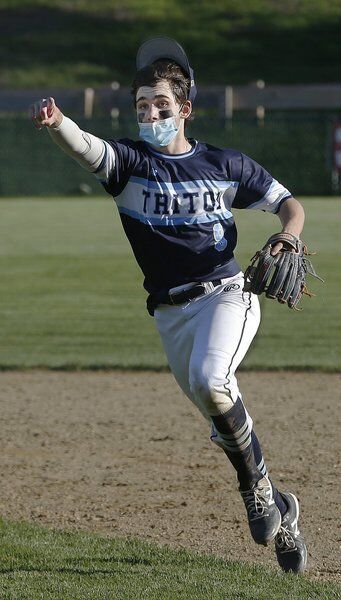 MIKE SPRINGER/Staff photoTriton’s Joe Abt celebrates a double play during the team’s season opener against Newburyport. Newburyport and Triton baseball have split their season series so far and will play once more in the Spofford Tournament final on Saturday.

MIKE SPRINGER/Staff photoNewburyport’s Lucas Stallard rounds third base on his way in to score during his team’s Spofford Tournament first round win over Georgetown. The Clippers will play for the tournament title on Saturday against Triton.

MIKE SPRINGER/Staff photoTriton’s Joe Abt celebrates a double play during the team’s season opener against Newburyport. Newburyport and Triton baseball have split their season series so far and will play once more in the Spofford Tournament final on Saturday.

The Bert Spofford Tournament has long been among the most meaningful events on the local high school calendar. Established in 2008 in honor of the longtime coach and historian, the tournament has annually paid homage to Spofford while providing high-stakes, late-season rivalry matchups for Greater Newburyport’s baseball teams on the eve of the state tournament.

With last year’s tournament lost to the pandemic this year’s return already promised to be big, but now it’s taken on even greater significance as the community comes together in support of a family in need.

This Saturday the Bert Spofford Tournament will honor Merrimac’s Brett Burkinshaw, a Newburyport firefighter and Pentucket Regional graduate who is battling progressive brain cancer. As part of the festivities, Burkinshaw’s 12-year-old daughter Emma will throw out the first pitch before the consolation game between Georgetown and Pentucket, and throughout the day members of the Newburyport Fire Department will be on hand selling sweatshirts and bracelets to help raise money to cover Burkinshaw’s medical expenses.

“It’s just tragic that it’s happening to this family,” said Georgetown baseball coach Phil Desilets, who is also a Pentucket graduate and has known the Burkinshaw family for years. “I reached out to [the firefighters] and asked if they wanted to set up a table at the Spofford Tournament. We have all the local towns there and hopefully can help out a bit.

“It’s really turned into something pretty big,” he added.

In addition to the merchandise table, all proceeds from the Georgetown High concession stand will also go to the Burkinshaw family. Newburyport coach Mark Rowe, who founded the Spofford Tournament as Georgetown’s coach 13 years ago and whose Clipper team will play Triton in the final, credited Desilets for helping put everything together and added he believes it will be a big success.

“It’s a great day, we get a lot of people there over the course of the two games, so it’s definitely a great venue for this type of effort to take place,” Rowe said.

For all the marbles

Newburyport baseball cruised through the regular season and has already locked up the CAL Kinney title, but this week the Clippers ran into a bit of a snag. The team suffered a 2-1 loss last Friday against CAL Baker leader Hamilton-Wenham and then suffered another setback on Tuesday against Triton, this time falling 7-2 after getting shut down by Vikings ace Cael Kohan.

While Pentucket won’t have the opportunity to defend its Spofford Tournament title after losing their opening round game to Triton earlier this spring, the team does have a golden opportunity to right the ship after a difficult second half of the season and go into the state tournament with some momentum. Standing in their way will be a Georgetown team that appears to have turned the corner, having picked up two straight wins to start the week after struggling for much of the season.

Pentucket will hand the ball to its ace on Saturday, with Ethan Hunt set to square off against Georgetown in the Spofford consolation game. Desilets said Thursday afternoon that their starter wouldn’t be determined until after that night’s game against Manchester Essex.

After jumping out to a 4-1 start out of the gate, Amesbury baseball has experienced some growing pains as the young roster adjusts to the varsity game. Now hovering around .500 the Indians have one more week to finish strong, with big games against Rockport on Saturday and Georgetown on Tuesday to finish the regular season