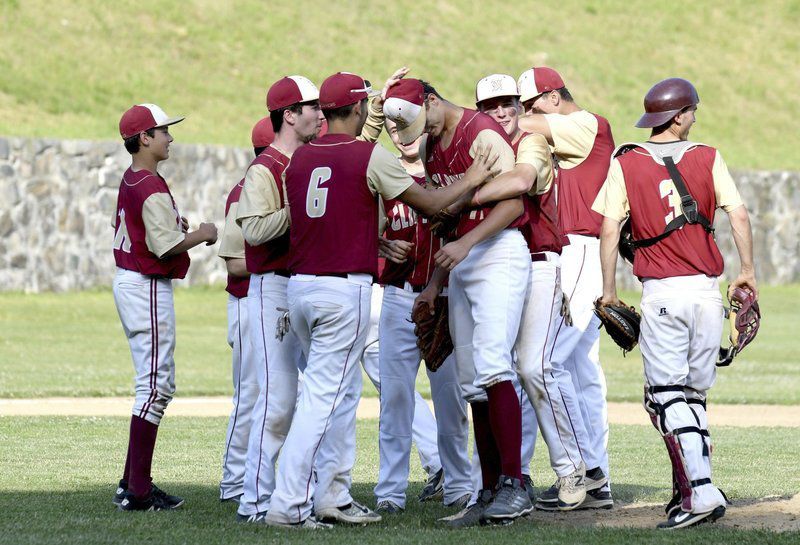 JIM VAIKNORAS/Staff photoNewburyport's Casey McLaren is swarmed by his teammates after the team beat Watertown 3-0 in their Division 3 North preliminary round game. 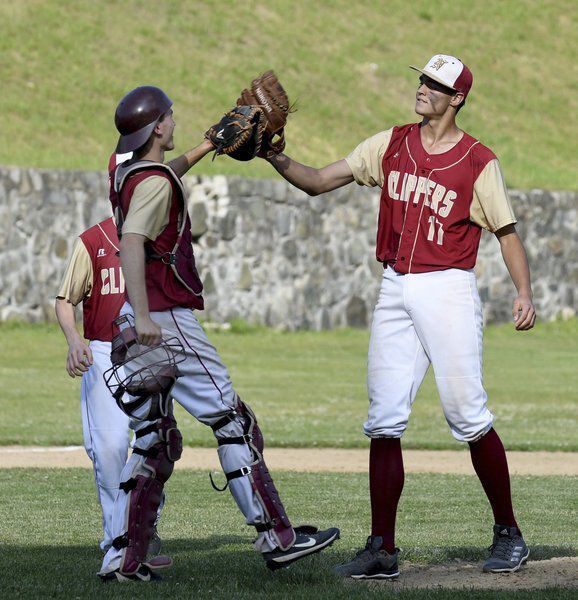 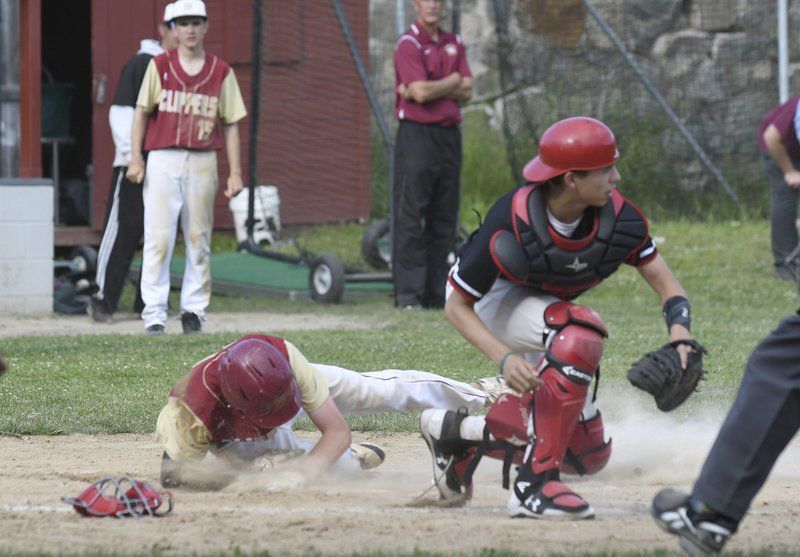 JIM VAIKNORAS/Staff photoNewburyport's Thomas Murphy scores one of his two runs during the Clippers' 3-0 win over Watertown. 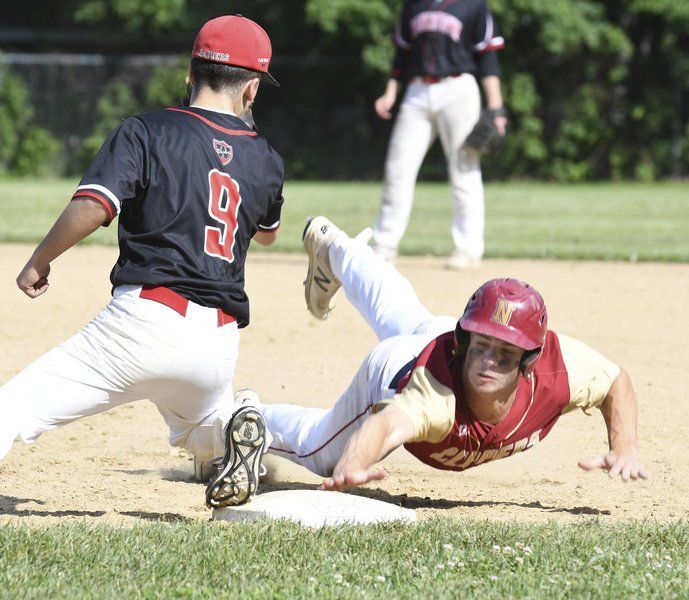 JIM VAIKNORAS/Staff photoNewburyport's Walker Bartkiewicz dives safely back to first during the Clippers' game against Watertown Friday at Pettingell Park. 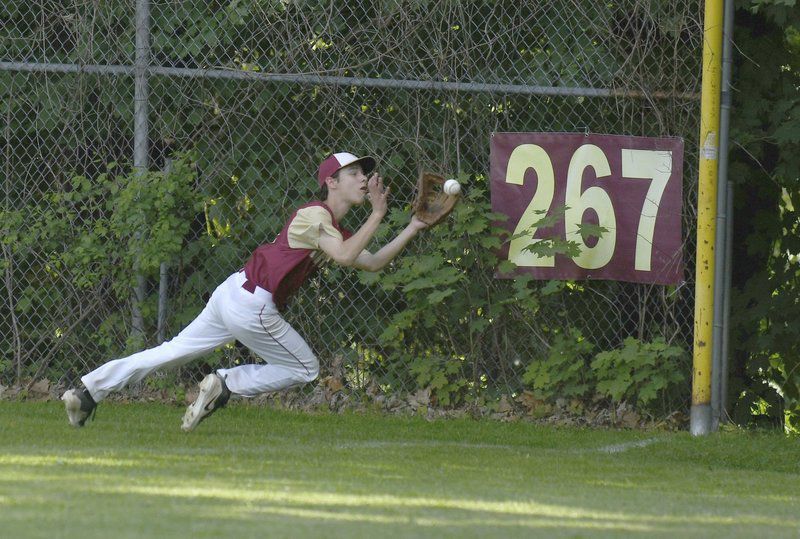 JIM VAIKNORAS/Staff photoNewburyport freshman Nick White makes a diving catch in the right field by the foul pole during the second inning of Friday's 3-0 win over Watertown.

JIM VAIKNORAS/Staff photoNewburyport's Casey McLaren is swarmed by his teammates after the team beat Watertown 3-0 in their Division 3 North preliminary round game.

JIM VAIKNORAS/Staff photoNewburyport's Thomas Murphy scores one of his two runs during the Clippers' 3-0 win over Watertown.

JIM VAIKNORAS/Staff photoNewburyport's Walker Bartkiewicz dives safely back to first during the Clippers' game against Watertown Friday at Pettingell Park.

JIM VAIKNORAS/Staff photoNewburyport freshman Nick White makes a diving catch in the right field by the foul pole during the second inning of Friday's 3-0 win over Watertown.

NEWBURYPORT — Casey McLaren was dealing. The big Newburyport lefty had sent Watertown down in order through the first two innings, but then on the first pitch of the top of the third, he dropped a curveball a little too far inside and hit the batter to give the visiting team their first baserunner of the game.

No matter. Before anyone could blink, McLaren fired a strike to first base and picked off the runner by a mile.

It was that kind of day for Newburyport baseball, which rode a one-hit shutout by McLaren to a 3-0 win over Watertown in the Division 3 North preliminaries. McLaren faced only one more batter than the minimum, with a fourth inning walk being erased after catcher Ken Hodge caught the runner stealing and then a base hit in the fifth breaking up the no-hitter.

“Casey threw a gem,” said Newburyport coach Mark Rowe. “I was just telling the kids that as a coach it’s kind of comforting, because we’ve kind of come to expect him to go out and have these kinds of performances, which helps us relax and focus on other aspects of the game.”

Newburyport took the lead two batters into the game, with Tyler Koglin reaching on a throwing error and Hodge driving him in with an RBI single the next batter up. The Clippers also got RBI singles by freshman Nick White in the fourth and Kyle Therrien in the sixth, both of whom drove in Thomas Murphy while giving the Clippers enough breathing room to pick up the win.

“Just a huge win, we’ve won eight straight now and it’s unbelievable how this comeback has just kept rolling,” said White, who reached base three times and also had a tremendous diving catch in right field in the second inning.

While Newburyport’s pitching and defense was terrific, the Clippers did only record six hits and had a couple of unusual episodes on the base paths. The most noteworthy instance came in the third, when Walker Bartkiewicz appeared to be picked off but then somehow managed to make it to second amid confusion over what the call had been. He wound up being sent back to first, and then a few pitches later was caught stealing by Watertown’s sophomore catcher Brennan Cook, who proceeded to throw out two more Newburyport runners over the rest of the game.

“I didn’t want to believe that kid could throw us out three times in a row, but he did,” Rowe said afterwards. “I tip my hat to him.”

Newburyport (11-10) now advances to face top-seeded Austin Prep (18-2) in the Division 2 North first round. The game will be played on Sunday at 5 p.m. at Morelli Field in Melrose, and Parker McLaren will get the start for the Clippers.

“Parker’s been our No. 2 for the last month and we have a lot of confidence in him,” Rowe said. “We could have pitched him today and I would have been just as confident, but like I said, it does us no good to not win today, we had to go with our No. 1 and that’s the way we went.”