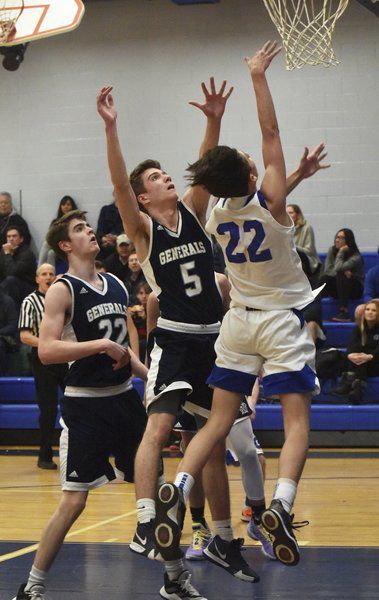 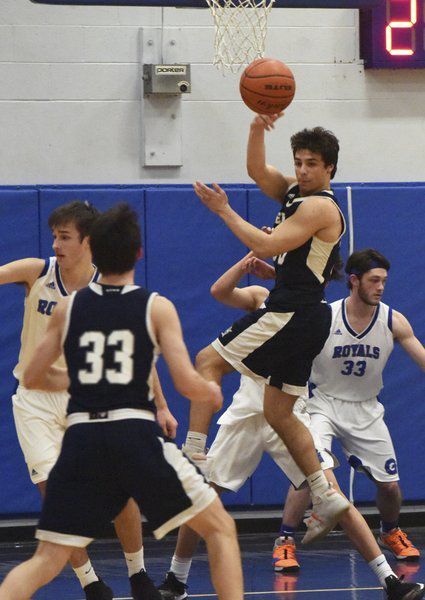 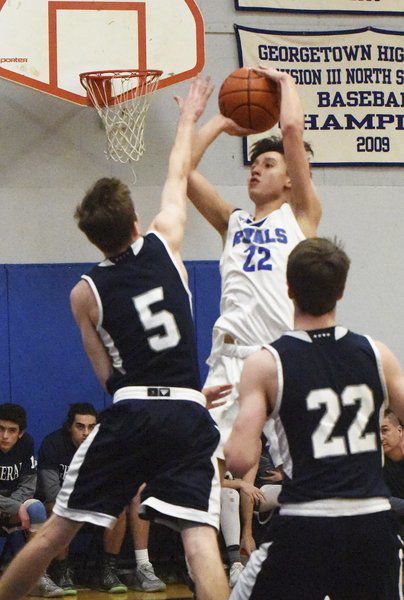 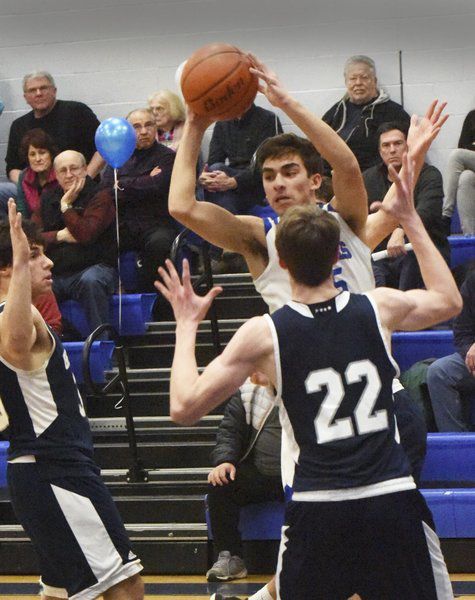 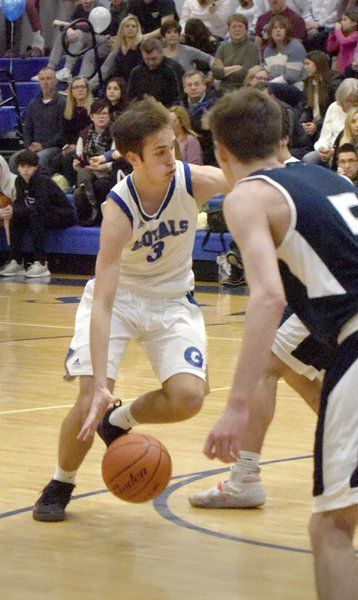 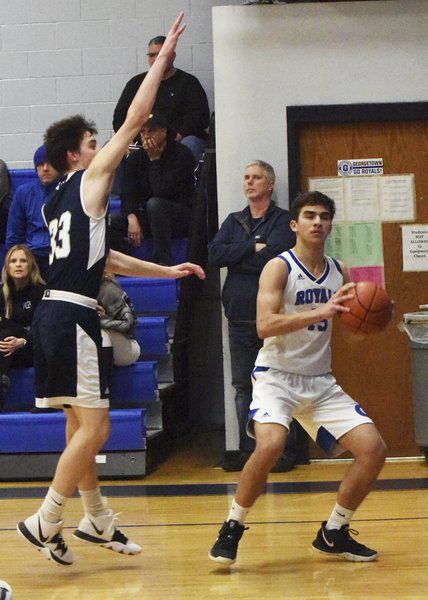 GEORGETOWN — The Georgetown boys’ basketball team seemed to have Hamilton-Wenham’s number over the past year.

The Royals wrecked the Generals’ chance at a Cape Ann League Baker Division title last year with a 72-69 win in the regular season finale, capping off a late-season comeback to make the state tournament. Georgetown then pounded Hamilton-Wenham at home again this year on Jan. 3, 74-46, starting the Royals’ magical turnaround from 0-5 to another improbable playoff berth.

But Georgetown couldn’t keep the magic going on its own floor Thursday night, falling to the Generals in this year’s regular season finale, 49-39. The Royals finish the regular season with a 10-10 overall record, including 8-8 in Cape Ann League play.

“We really struggled offensively, shooting the ball,” Georgetown coach Josh Keilty said. “I think defensively we did OK, holding them to 50 points, but offensively we just couldn’t get in any rhythm, but we’ll save it for the playoffs.”

This time, the win gave Hamilton-Wenham the CAL Baker division title it had been gunning for, finishing the league season at 13-3 while improving to 13-5 overall. Thursday’s victory capped off a 13-game winning streak that started following the Generals’ January loss to the Royals.

“It feels great,” Hamilton-Wenham coach Mike DiMarino said. “[Georgetown] did beat us on our home floor last year at the end of the season, and more importantly, this year, they blew us out at home, it was actually 42 days ago. So I’m excited at the way the kids have responded all year.

“It took a total team effort tonight, and we knew it was gonna take a huge effort to beat [the Royals] at home.”

Hamilton-Wenham’s victory also denied Amesbury a share of its first CAL title since 2003. The Indians won their CAL finale 67-49 but wound up finishing one game behind the Generals.

Breaking with usual patterns for the two teams — who both averaged around 60 points per game this season — this game was a defensive slugfest that would be decided by whichever side found its rhythm and went on a run first.

It was Hamilton-Wenham that got that big run, outscoring Georgetown 9-1 in the final 2:31 of the third quarter to take a 37-25 lead — the biggest lead of the game to that point, and a lead that wouldn’t change through the rest of the game.

“We talked about pushing off and switching on defense,” DiMarino said. “They went to a five-out set, so we extended our zone and matched up, and then we kind of baited them into a couple of steals that got us some easy baskets, and that allowed us to extend.”

Early on, it seemed like the Royals would find their rhythm first. After both teams took over two minutes to score their first baskets, Georgetown ran its typical 3-point-heavy offense to a 12-10 first-quarter lead, shooting 4-of-7 from beyond the arc.

But from there, the Royals’ shooters went cold, posting just five points in the second quarter and eight in the third as the Generals came back and pulled away.

“It’s literally as simple as if we’re making shots, hitting threes,” Keilty said, “and we just didn’t hit them tonight.

Junior J.T. Murphy led Georgetown with eight points, six of which came in the first quarter. Sophomore Jack Lucido added six points — all on three-pointers — and sophomores Harrison Lien and Chris Guyer each put up five.

With Hamilton-Wenham missing leading scorer Ryan Hutchinson due to illness, the team had to look to other players to step up on the scoring front.

Leading the way was sophomore Markus Nordin, who scored in every quarter to finish with a game-high 17 points. Senior co-captain Ian Coffey put up 14 — including a last-second basket at the end of the third — and junior Carter Coffey added 12 — all of which came in the second half.

While the Royals didn’t finish the night with a win, they still got to kick it off with a pre-game Senior Night ceremony, honoring co-captains Arlen Winer, Jason Bellefueille and Stephen MacDonald, and fellow seniors Ryan Buxton, Coty Angelopolus and Dom Linares.

Hamilton-Wenham hosts its Patton Tournament Monday and Tuesday before heading to the Division 3 state tourney. DiMarino said his team is hoping to seed in the top four and get two home games to open the tourney

Meanwhile, Georgetown prepares for the first round of the Division 4 North tournament, where it will enter as an underdog on the road with a seeding in the double digits.