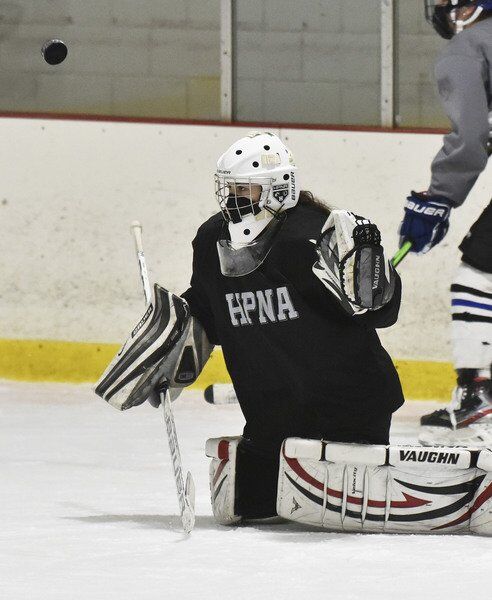 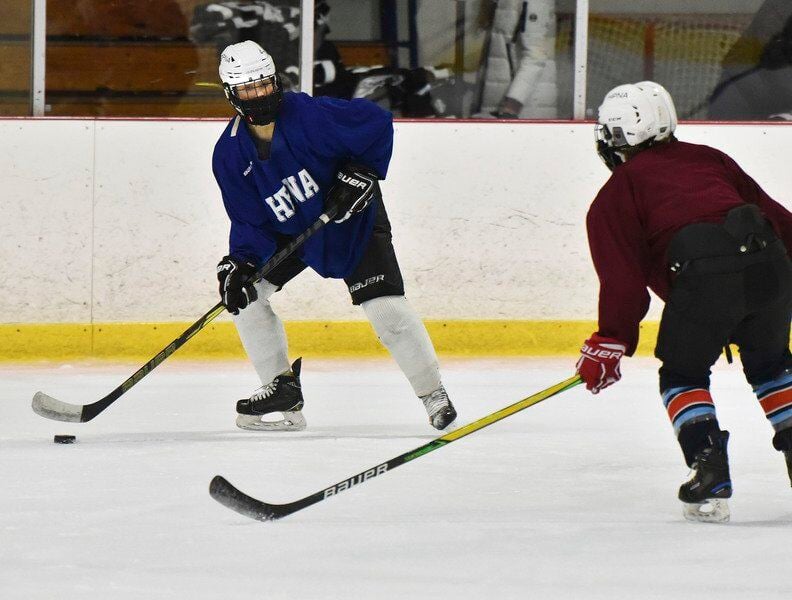 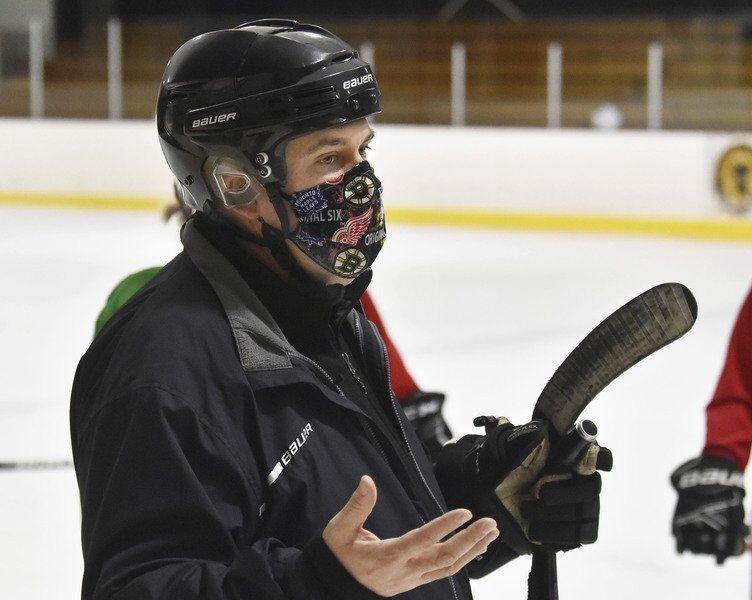 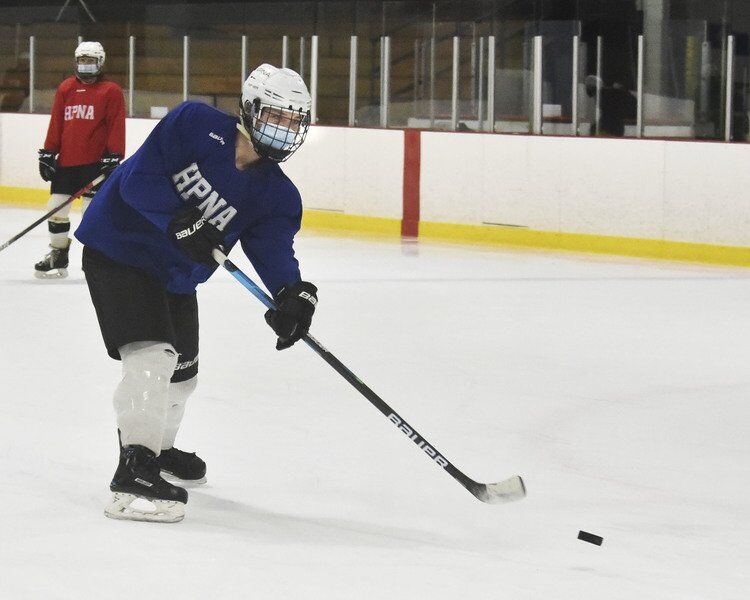 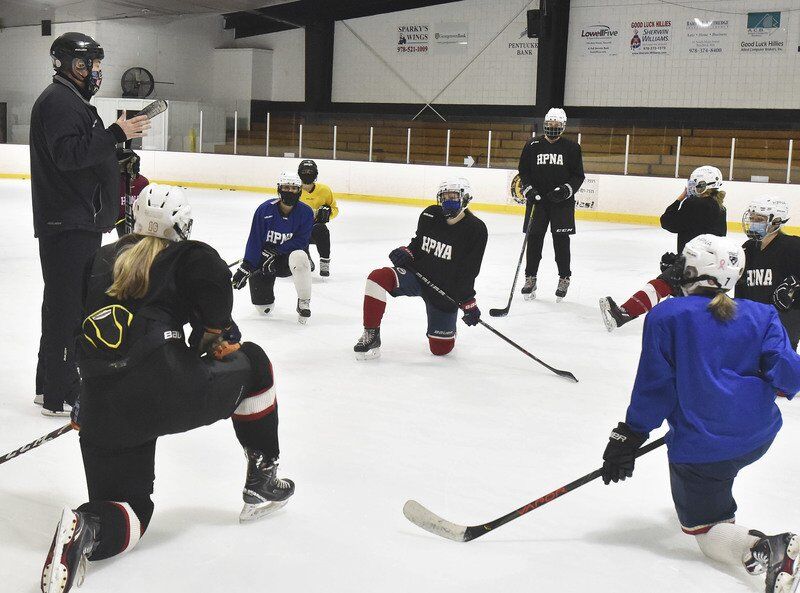 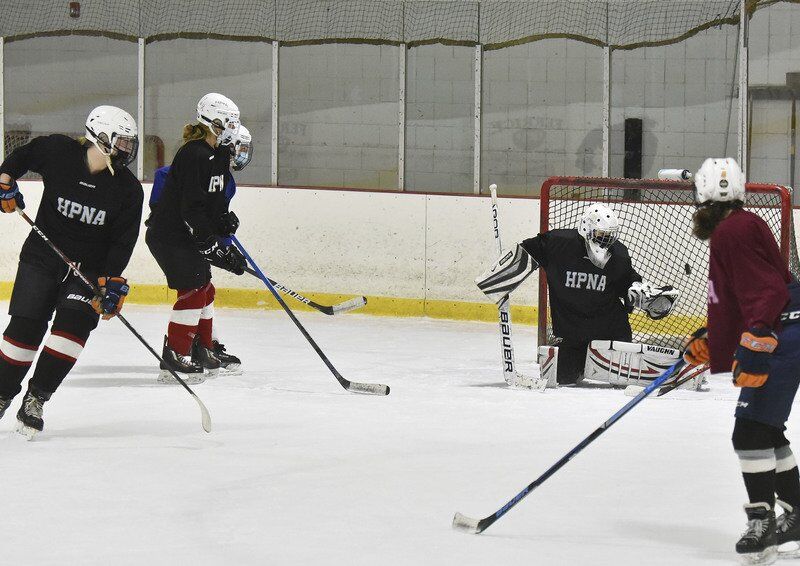 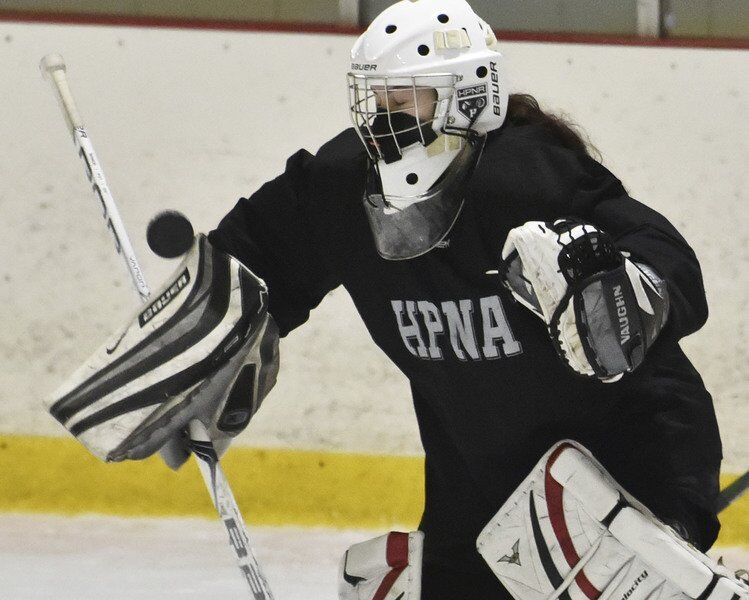 HPNA senior goalie Kira Connors makes a save during practice on Wednesday.

HPNA senior goalie Kira Connors makes a save during practice on Wednesday.

The Haverhill-Pentucket-North Andover girls hockey program was enjoying the kind of season dreams are made of. The Hillies, only in their seventh season as a co-op program, had been competitive but never anything close to a championship contender. Yet by the time the regular season was over HPNA was undefeated at 18-0-2 and had claimed its first MVC/DCL title and the No. 1 seed in the Division 1 state tournament. All that remained was a deep tournament run and, the Hillies hoped, a state title.

But the storybook season would not have a happy ending.

HPNA’s first round tournament loss to No. 32 seeded Hingham was devastating, the kind of crushing defeat that could set a program back years. With several of its top players graduating it wouldn’t have been a surprise if HPNA took a step back, with the returning players resigned to the possibility that in 2019-20 they caught lightning in a bottle.

Instead, the returning Hillies hope to use that pain as fuel, surprising everyone once again by proving last year was only the beginning.

“They’ve really hit the ice hard. It’s impressed me that they’ve come back as if there is no change, so that’s been fun to see,” said HPNA coach Gary Kane. “A lot of the kids that weren’t necessarily key role players last year have really stepped up.”

The Hillies have been practicing for about three weeks now and are scheduled to open their season on Jan. 13 against Billerica-Chelmsford. Kane described the first day of practice as surreal, with everyone trying to adjust not only to the new COVID-19 protocols, but also their new roles on the team. The new captains especially started off quiet, having been used to graduated standouts like Eliana Kane and Hannah Keating leading the way, but before long things started clicking into place.

“All of a sudden they’re getting their voices, and now the team is just flying,” Kane said. “It’s been the most unique situation you could ever imagine, adding COVID and coming off a season where you’re undefeated and losing your first tournament game.”

Even before tryouts started Kane said he knew this year’s team still had championship meddle when they played Pingree in a recent fall league game. Playing a high-powered prep roster in a situation where you wouldn’t normally expect playoff intensity, the Hillies took it to Pingree and asserted themselves the way last year’s team had so many times before.

“They went out and moved the puck and skated like I’ve never seen a fall hockey team skate,” Kane said. “I got a chill and said wow this could be a really special year. Everything that happened last year could fuel the fire that pushes them this year.”

The Hillies won’t have it easy this winter. Besides the obvious challenges posed by the pandemic, the team will also play a brutal 12-game schedule consisting exclusively against MVC opponents. With no DCL teams to mix up the schedule, the Hillies will face statewide powerhouses like Andover and Methuen/Tewksbury as many as three times each, providing a challenge and an opportunities for HPNA to show it’s still one of the best teams in the state.

“It’s going to be a really interesting season and I really think it will be up for grabs,” Kane said.

HPNA opens its season next Wednesday at Billerica-Chelmsford. The puck will drop at 5 p.m.