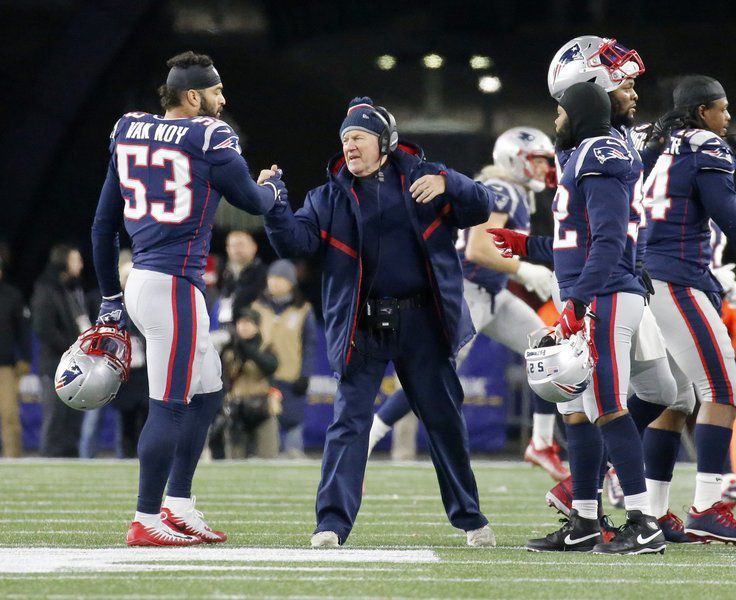 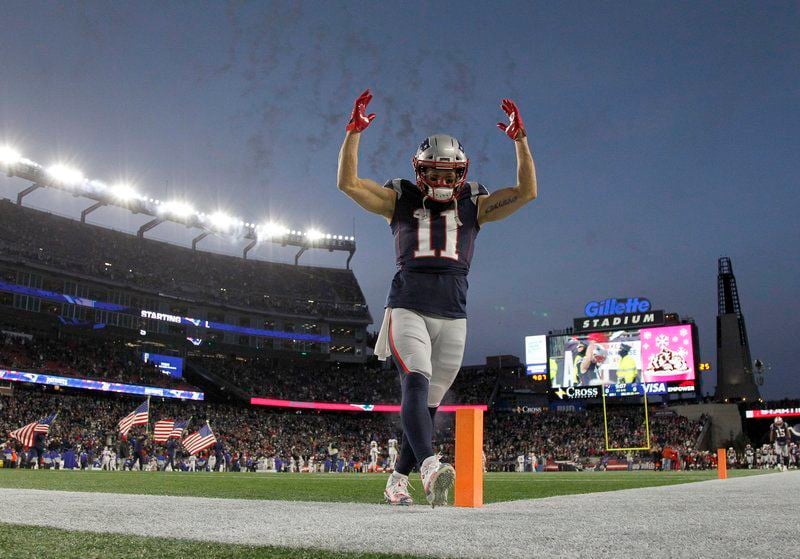 MARY SCHWALM/PhotoJulian Edelman and the Patriots grinded out a crucial win over the Bills on Saturday to win the franchise's 11th AFC East title in a row.

MARY SCHWALM/PhotoJulian Edelman and the Patriots grinded out a crucial win over the Bills on Saturday to win the franchise's 11th AFC East title in a row.

FOXBOROUGH – Other than the final result – A New England Patriots win, 24-17 – everything about Saturday night was different. Like a full moon different or something.

Here we were, in late December, and the “stinking” Buffalo Bills were formidable for the first time in a quarter century. The Patriots were flawed (see ESPN football shows). And the AFC East was sort of up for grabs.

There was a point midway through the third quarter, after the Bills scored on a weird, 53-yard bomb over the Patriots defense to take a 17-13 lead, when it felt like it was slipping away.

The game. The season. And, even worse, yes, the dynasty.

Maybe those talking heads have been right the last two months?

But then something happened. It always seems to happen.

The Patriots, without the bells, whistles and precision we’ve come to adore, become the Patriots.

Which means, in the end, they are tough. Tough as hell.

We all see the physical part, and the Patriots exhibited that often by running the ball 35 times for 141 yards.

They also shut down, at the line of scrimmage, the Bills running game, allowing only 92 yards — its lowest output in five weeks.

But this was another form of toughness. This is mental, which according to Belichick, might be a more important form.

“We have 53 guys in there and a coaching staff that does that on a daily basis. So that’s all you can ask for.”

Speaking of tough, Patriots players’ galore were talking about the toughest of them all at 1 Patriot Place these days, Julian Edelman.

He appeared to leave the game with a “head injury,” going from the blue tent to the locker room with two trainers.

He made it back onto the field for the Pats’ first drive of the fourth quarter, with 9:01 remaining in the game. Tom Brady hit Edelman, who got by three defenders, over the middle for a 30-yard gain.

The Patriots eventually scored the go-ahead touchdown, and Edelman capped it by catching the two-point conversion.

“I don’t like it,” said Edelman, when asked about his teammates calling him “tough.” “Please stop asking [my teammates] about it.”

Several players had their signature on this win, including a few who were down in the dumps recently. That included the kicker Nick Folk, banging a 51-yarder; Jakobi Meyers, who caught three passes for 25 yards when Edelman was getting checked; and Sony Michel, who grinded for 96 yards on the ground.

What we saw last night, granted, wasn’t pretty, as Belichick seems to say after every game.

“Sounds like every week,” said Patriots safety Devin McCourty. “The big thing is winning. We don’t care what it looks like, we just want to win, especially this time of year.”

Here we are, one win away from another possible 13-win season.

Yes, it’s nerve-wracking to watch. The dinking-and-dunking is frustrating at times. Games are never, it seems, over.

You’d better get used to it, because it isn’t changing.

And I don’t think the coach would have it any other way.