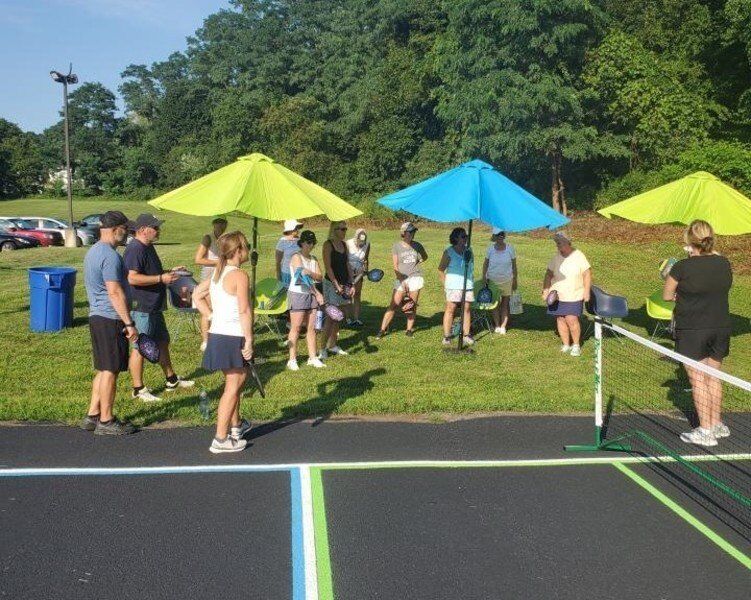 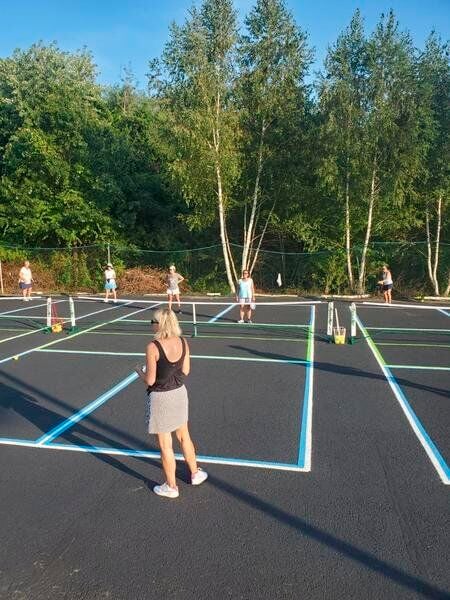 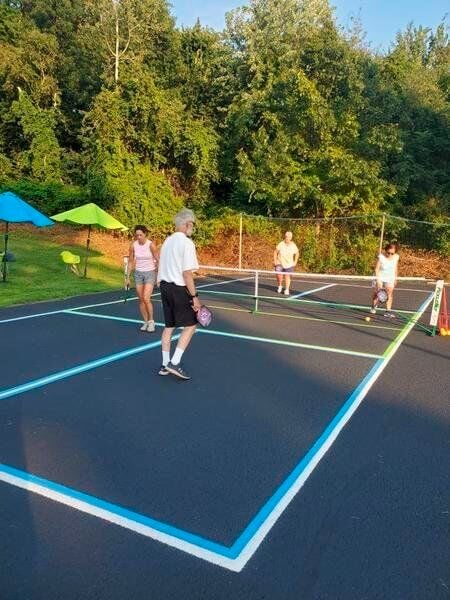 Courtesy PhotoPickleball is a rapidly growing sport that can now be played at the Newburyport Tennis Club. 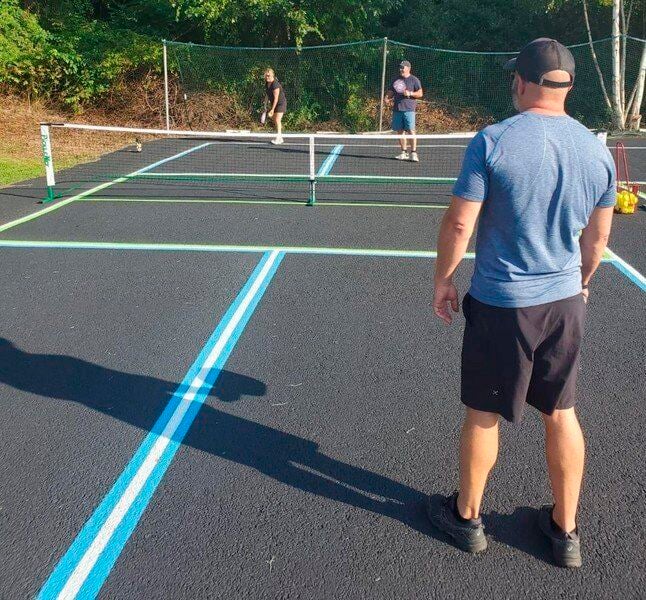 Courtesy PhotoPlayed on a smaller court, pickleball offers a great workout and loads of fun to anyone who may not want the physical strain of playing tennis. Last week, the Newburyport Tennis Club opened up three new dedicated pickleball courts to their members.

Courtesy PhotoPickleball is a rapidly growing sport that can now be played at the Newburyport Tennis Club.

Courtesy PhotoPlayed on a smaller court, pickleball offers a great workout and loads of fun to anyone who may not want the physical strain of playing tennis. Last week, the Newburyport Tennis Club opened up three new dedicated pickleball courts to their members.

Pickleball is one of the fastest growing sports in a world, and it’s now available to be played at the Newburyport Tennis Club.

Last week, the club pushed through some harsh weather to unveil three brand new courts made exclusively for pickleball. The grand opening was a massive success, as local residents flocked in to get a taste of the latest sporting craze.

For club manager Mike Perrotta and the rest of the staff at 178 Low Street, the decision to add the sport to the club’s itinerary was a no-brainer.

“A lot of it came from a bunch of our tennis members playing pickleball at the club,” said Perrotta, a Peabody native who’s worked in Newburyport for the past 16 years. “Last year or so, during the pandemic, I read more on it, and it was crazy to see how many people are picking up playing pickleball!

“People were playing at the park or behind the senior center, and often times there would be too many people that showed up and wouldn’t get to play all that much.

“So we actually had a parking lot that we weren’t using and ended up refurbishing it to make it a nice little venue. We have three courts, and we set up picnic tables and umbrellas out there so people can really come by and relax and play a little pickleball.”

For now, the courts have been open for anyone to come down and play, or to call in to book a time for use. The club is also in the process of organizing several clinics, where people can come in and learn how to play from local pros.

Starting soon, however, you will need a membership.

For more information on all of the upcoming events, clinics and tournaments, you can visit the club’s Facebook page or join their email chain that can be found under the pickleball section on their website.

“We’ll run it like a fitness membership. So once you pay your fee you can play all the pickleball that you want,” said Perrotta. “We want to make sure you get the most out of your membership. But I think with the excitement around pickleball, there will be a lot of interest to come on by and check it out.”

Played on a smaller court, pickleball offers many a similar workout as they would get playing tennis — and, of course, the same amount of fun — without the exact physical strain that tennis requires.

The ease of the game is something that Perrotta believes is a big reason why it’s gained so much recent popularity.

“Pickleball, you can probably learn the game, within reason, in about 15 minutes,” said Perrotta. “It’s not a bad game for anyone to learn. And anyone can play it, too. It’s great if you still want to be active and have some fun but don’t want to run around as much as you would while playing tennis.”

The Newburyport Tennis Club becomes just the latest venue to offer pickleball to the growing number of dedicated courts popping up around the area.

It certainly won’t be the last.

“I think it’s become beyond the next big thing,” said Perrotta. “You can pick it up at any time. It’s kind of like ping-pong on the ground. The games are quick too, you only play to 11, so you can play a lot but not have to play for a long, extended time. Every place is blowing up with pickleball.

“Don’t be surprised that in the next eight years it becomes an Olympic sport.”

The Newburyport Tennis Club will be holding a pickleball open house on Saturday, Sept. 4 from 10 a.m. to 2 p.m. for anyone interested in playing and finding out more about the sport.