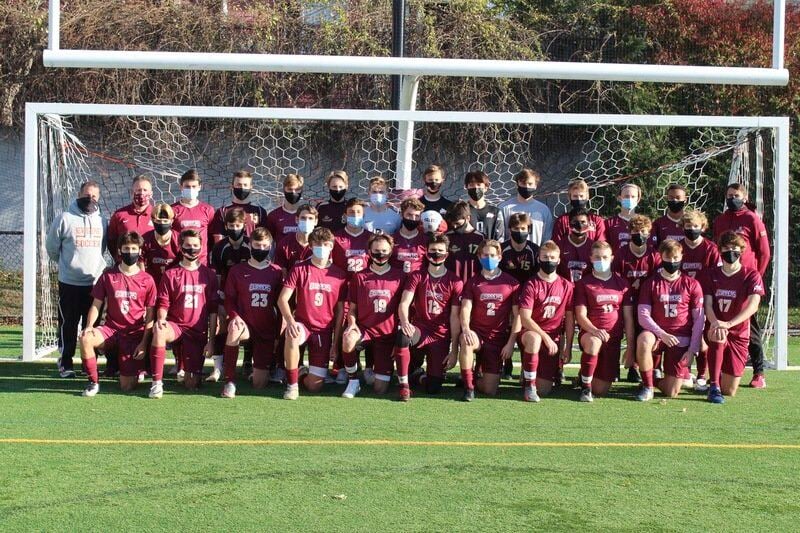 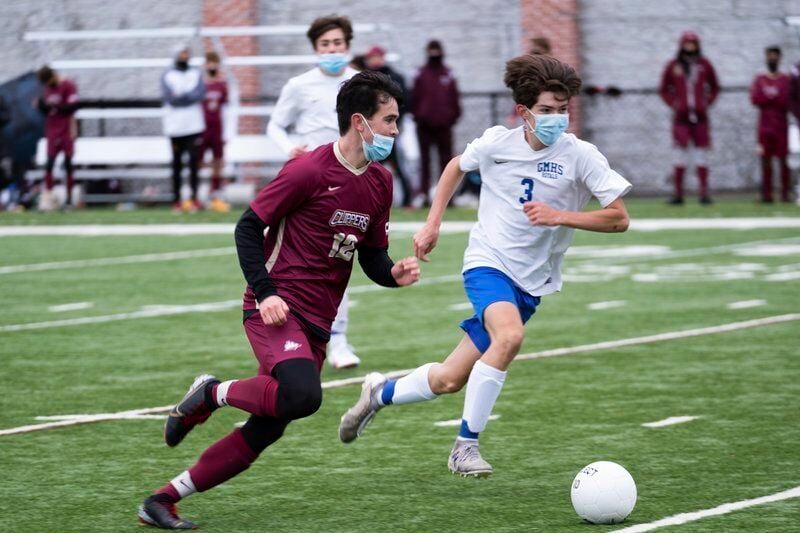 RYAN MCBRIDE/Staff photoRyan Archer and the Newburyport boys soccer team finished in a three-way tie atop the CAL Kinney standings this fall, earning the Clippers their first league title in school history. 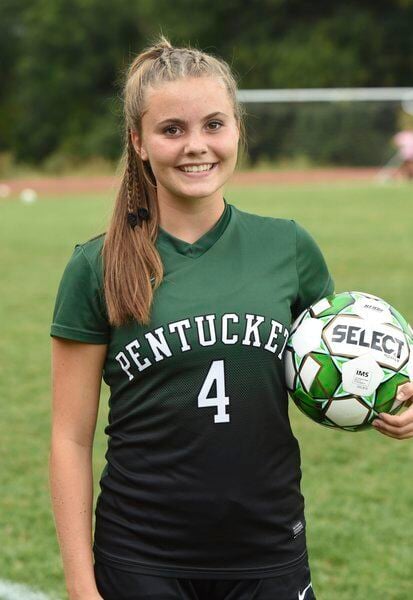 RYAN MCBRIDE/Staff photoRyan Archer and the Newburyport boys soccer team finished in a three-way tie atop the CAL Kinney standings this fall, earning the Clippers their first league title in school history.

When Newburyport boys soccer walked off the field last Wednesday, it seemed as if a golden opportunity had been lost. All Newburyport needed was a win over Lynnfield to claim the program’s first ever Cape Ann League championship, but after suffering a heartbreaking 1-0 loss in the season finale it seemed likely the title would remain elusive.

But as it turned out, the craziest season in Cape Ann League boys soccer history had one last unexpected turn.

Newburyport officially clinched a share of its first CAL title on Monday night, getting big assists from Georgetown and Rockport to help produce a three-way tie atop the CAL Kinney standings with Lynnfield and North Reading. All three teams finished 7-2-1 overall and will each plant their flag atop the conference after decades of dominance at the hands of Masconomet.

While the Clippers surely would have preferred to earn their title on the field, the championship ensures this year’s team will long be remembered as arguably the best in program history.

How did it happen? Hours after Newburyport’s loss, the Clippers got new life when Georgetown held North Reading to a scoreless tie in the Hornets’ final game. That ensured Newburyport and North Reading would finish the season tied in the standings, leaving Monday’s finale between Lynnfield and Rockport to ultimately decide the title.

Fortunately for Newburyport, Rockport — which was itself seeking the CAL Baker title — was more than up for the task. The end result was a scoreless draw and a historic trophy headed Newburyport’s way.

Coming off a breakthrough 2019 season in which Newburyport made a run all the way to the Division 3 North semifinals, the Clippers returned most of its starters and were expected to contend for the league crown right from the start. The group more than lived up to the bill.

Offensively, nobody was more prolific than Newburyport. The Clippers scored the most goals of anyone in the league (25) and had the best goal differential (21) thanks in large part to the efforts of Brady O’Donnell (8 goals, 6 assists) and Ryan Archer (5 goals, 5 assists), who finished as the area’s top two scorers.

But what truly set Newburyport apart was its defense. The Clippers only allowed four goals in 10 games, and never more than one in a single match. One of those was a penalty kick, another an own goal and a third came with most of Newburyport’s back-ups in the game. Other than a brilliant run by Pentucket on Oct. 26, the Clippers’ defense was almost impenetrable.

Jennings on another level

Speaking of prolific offenses, what Pentucket girls soccer was able to accomplish this fall was remarkable. Despite a weeklong shutdown that threatened to derail its season, the team made it’s own historic run to a CAL Kinney title — it’s first since 1999 — thanks in large part to an offense that produced 37 goals in 10 games, more than double anyone else in the league.

Right at the heart of Pentucket’s goal-scoring bonanza was senior Jacey Jennings, a future Division 1 college player who turned in a season for the ages in her final high school campaign. Jennings led the area with a stunning eight goals and 19 assists in 10 games, nearly matching her 2019 scoring output (15 goals, 15 assists) in fewer than half the games.

Jennings wasn’t the only one finding the back of the net. Mackenzie Currie (8 goals, 3 assists), Mollie Cahalane (7 goals, 4 assists) and Sabrina Campbell (6 goals) all ranked among the league’s top scorers as well.

Amesbury’s Alyssa Pettet earned All-New England honors as a junior and will play Division 1 college soccer at Holy Cross next fall, but while she did not get a chance to lead her team to a fifth straight Division 4 North championship, Pettet still solidified her place as one of the league’s most dominant players of the decade.

A defender by trade, Pettet once again led her team in scoring with seven goals in 10 games, and usually once she scored and Amesbury had the lead, she would often drop back to midfield or defense to help close out the game. Players like Pettet are irreplaceable, but the good news for Amesbury is that there will be a strong well of talent returning to help keep the Indians in contention going forward. McKenna Hallinan enjoyed another strong season at striker (5 goals, 2 assists), Avery Hallinan will remain a go-to defender, and midfielders MK McElaney and Cali Catarius should continue to anchor the midfield into 2021.

Georgetown stays in the hunt

While Georgetown boys soccer did not come away with the CAL Baker title, the resilient Royals kept in contention right up until the final day of the season despite never getting into much of a groove offensively. Georgetown finished the season 3-4-3 to finish two games behind Rockport (4-1-5), and while the Royals only scored five goals on the year, they also tallied five shutouts in 10 games while forcing ties against CAL Kinney contenders North Reading and Pentucket.

Triton girls soccer had a really rough start to the year. The Vikings opened the season with brutal 10-0 and 5-0 losses to eventual CAL Kinney co-champions Pentucket and North Reading, losses that were exacerbated by the early-season absence of star goalie Darcie McDonough. Credit the Vikings for righting the ship, because while Triton didn’t get many good results on the scoresheet, they were never embarrassed again afterwards. Triton did not allow more than two goals in any of its last eight games, earning a win over Georgetown and a scoreless tie against Rockport to finish 1-8-1.