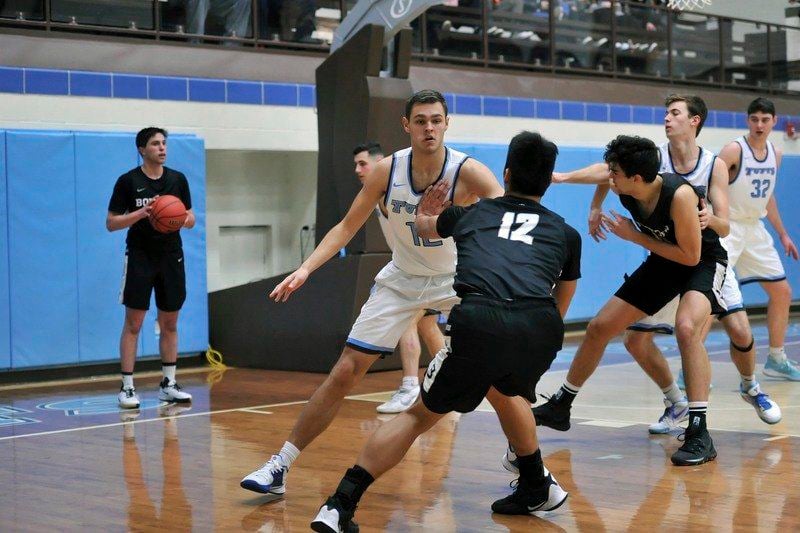 Courtesy of SportsPix/Tufts UniversityNewburyport's Casey McLaren guards an inbounds play earlier this winter for Tufts men's basketball. The former Newburyport High great enjoyed a successful freshman season as a role player for a Tufts team that won the NESCAC title and reached the NCAA Division 3 Sweet 16 before the season was abruptly canceled due to the coronavirus pandemic. 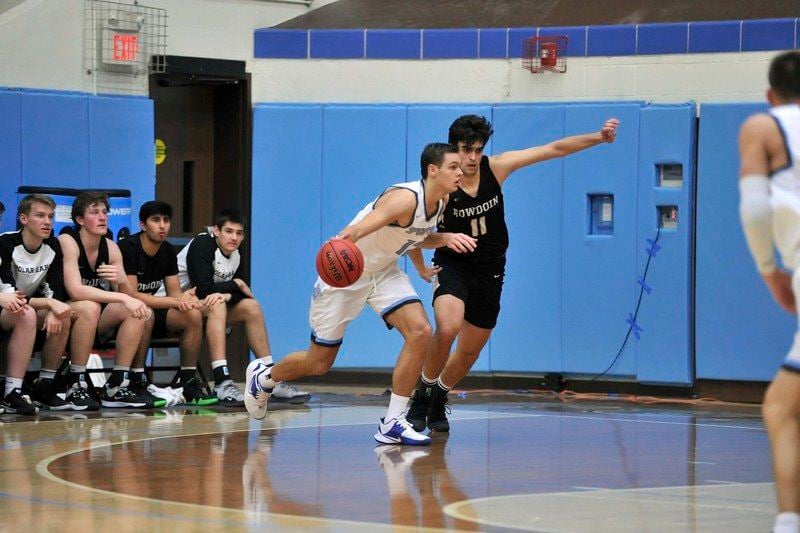 Courtesy of SportsPix/Tufts UniversityNewburyport's Casey McLaren averaged 3.8 points per game off the bench as a freshman for Tufts University this winter. 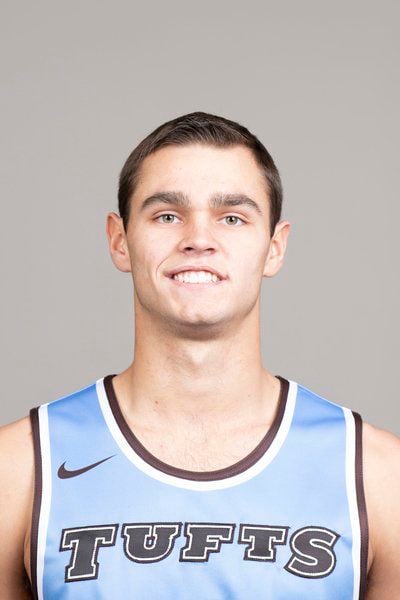 Courtesy of SportsPix/Tufts UniversityNewburyport's Casey McLaren guards an inbounds play earlier this winter for Tufts men's basketball. The former Newburyport High great enjoyed a successful freshman season as a role player for a Tufts team that won the NESCAC title and reached the NCAA Division 3 Sweet 16 before the season was abruptly canceled due to the coronavirus pandemic.

Courtesy of SportsPix/Tufts UniversityNewburyport's Casey McLaren averaged 3.8 points per game off the bench as a freshman for Tufts University this winter.

While finishing up a monster athletic career at Newburyport High, Casey McLaren poured his heart into his college decision.

Basketball mattered, and so did drive.

With his freshman season at Tufts University halted abruptly by the COVID-19 pandemic, McLaren chooses to focus on what went right, not what he and his teammates had taken away from them.

“Being at Tufts was just what I signed up for,” said the 6-foot-6, 190-pounder. “I wanted to be around people who care about the game as much as I do. This team is loaded with a lot of like-minded people, guys who are looking to challenge themselves and push themselves.”

At worst, he’d have spent last weekend in Florida on a family vacation. At best, he’d have been battling for a Division 3 national title with the Jumbos.

Instead, McLaren returned home, unsatisfied on the court after Tufts reached the Sweet 16 of the NCAA Tournament before the entire sport was shut down by the virus.

Campus closed soon after, leaving McLaren with no choice but to return home to self-quarantine.

McLaren isn’t about to complain or grouse. It’s a lot that many student-athletes all over the nation have been forced to endure.

“It’s too bad, that’s all. We really felt like we had something special with this team,” said McLaren, who went from three-time Daily News Player of the Year status at NHS to role-playing freshman for the NESCAC champion Jumbos.

“It’s just tough, we couldn’t see how far we could take this thing. After the Colby win (in the NESCAC title game), we really felt like a team of destiny.”

Karma certainly seemed to be with Tufts after Eric Savage’s deep three at the buzzer sent that Colby game to overtime. Eventually, Tufts pulled out a double-OT win.

In the NCAA opener, Tufts trailed Western Connecticut by 19 at halftime, and somehow rallied to win.

“It was amazing to come all the way back,” said McLaren.

Tufts ended the season at 23-6, and despite not being allowed to finish, McLaren did a nice job of solidifying his own space.

“Obviously, I would have rather played a little more,” said McLaren. “But I’ll get my opportunities as I get older and stronger. The game gets a lot tougher at this level. I felt like I held my own on offense and defense. I think I handled it well.”

His best night came against Babson, with 11 points in a Tufts’ loss. McLaren also left a great final memory for the season in the Western Connecticut comeback, playing 11 minutes and scoring eight points on 3 of 4 shooting.

Most importantly, he learned his lessons. With a dearth of true back-to-the-basket big men at this level, McLaren played the wing primarily, a spot where he is plenty comfortable but still had to adjust, especially on the defensive end.

“You may be starting on a 6-foot-6 guy, but then you switch on a screen and suddenly, you’re looking to stop a quick, 6-foot point guard,” he said. “I’m working hard at that.”

Once things on a global level settle back to some sense of normalcy, McLaren intends to focus, not just on getting quicker but on improving his vertical leap.

“I’ll be looking to build my body and get stronger, but especially work on the vertical,” he said. “I would love to increase by two or three inches. It will certainly help me get my shot off and make it look a lot nicer.”

First, though, he needs to finish up the semester, taking the second half of it online.

The economics major certainly dug into his new environment in the classroom. He was certainly into it.

“School became so interesting,” he said. “I really enjoy keeping up with the world and what is going on it. Even before all this happened, I was following it closely.”

For now, McLaren continues to adjust, not only with the lack of a true spring break and returning home for online school work, but his basketball life has certainly changed, as well.

He and his fellow McLaren gym rat, Parker, can’t find an indoor court anywhere to work on their game.

Fortunately, the McLaren’s have a pretty nice court in their own backyard, and the weather has pretty much been cooperative.

“Everything is closed. It stinks not having access to any gym,” McLaren said. “The hoop in the yard is a nice escape. It’s a half-court Sportcourt. I feel lucky to have it.”